Don't ask me about the technical aspects of this, but our John and Jemi website (with our many gripping and informative Trip Reports, links, photos, etc. ) has gone down since about the 18th May.

There are only a handful of records of these in Hong Kong Waters..... but like a lot of seabirds, we may not have been searching hard enough in the right places... the "Bird of the Day" for most on yesterday's boat trip. 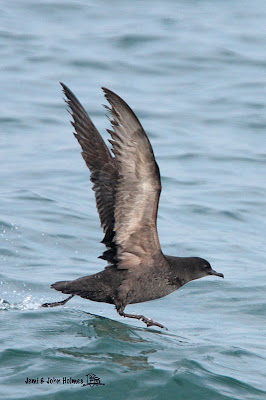 Short-tailed Shearwater
Posted by John Holmes at May 25, 2008 No comments:

Who ARE these people ? What are they doing ? Why are they in the best positions already ? Why am I late... 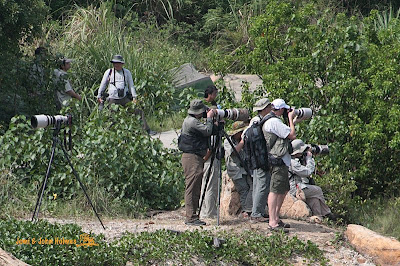 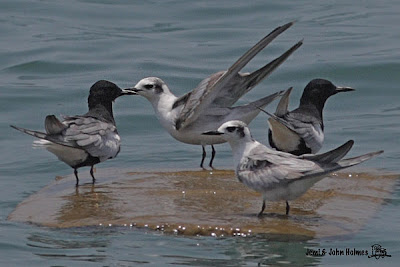 "Common to abundant spring passage migrant...." says "The Birds of South China and Hong Kong" by Viney, Phillipps and Lam.
They're looking pretty "abundant" just here....
Posted by jemi at May 25, 2008 No comments:

A boat trip to Po Toi and southern HK waters yesterday. Po Toi has had a "fall" of bitterns... here Yellow Bitterns were wandering around as if they were invisible.... 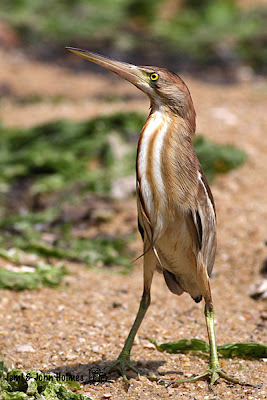 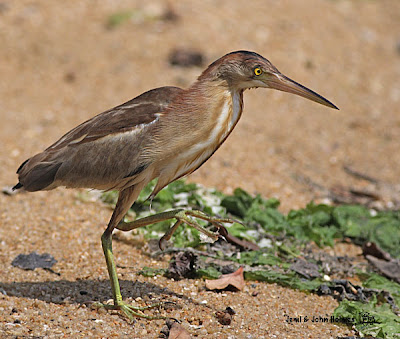 We're safely back in Hong Kong, very fortunate to be only mildly inconvenienced by the horrors elsewhere.

We were in Hailuogou, near Gongga Shan, when the quake struck. We were actually on a bus at the moment of the quake and didn't feel a thing. We stayed in our hotel in indecent comfort for three more days as the number of incoming tourists dwindled. Eventually the park officials decided to close the scenic area and we had to go.

With all the tragedy in or near familiar birding territory, it seemed best to just leave Sichuan completely.

A clear bus ride on the 16th to Chengdu via Ya'an, and we were away this afternoon on a Dragonair flight.

Our main purpose for this trip was to meet Bjorn Anderson (from Beijing) in Muli, SW Sichuan, and toghether look for this laughingthrush in an area attractively called Mahuang Gou - "Leech Valley". Ben King had seen it in the area in 1989 and his account of the trip is in the 1988 (!) Hong Kong Bird Report. I imagine that the Muli forestry officials already knew the species was there.

Jemi and I had looked around the area in Dec.2006 and thought we had narrowed down where it should be: - SIchuan 2006

Access for foreigners to some mountainous areas of West Sichuan has been blocked by the authorities since mid-March 2008, and we were not sure if we could get through. As far as I know there is no published list of places that are "forbidden", so it was hard to know, and the Travel Desk staff at Sims Cozy Garden Hostel in Chengdu weren't sure either. We decided there was only one way to find out.

We flew to Xichang in south Sichuan on April 29th and rolled up to Muli Bus Station at lunchtime on the 30th. No problem with officialdom, then.

On May 1st at Mahuang Gou we heard an unusual laughingthrush-like call, and Jemi had UTVs of a pair of them. (Postscript: Having played over the recorded calls again, we now think these were Giant Laughingthrushes.)

To cut a long story short, we met Bjorn and Nick Dymond in another part of Mahuang Gou the following day, and almost immediately a "bieti" called. A spot of playback by BA and we saw one bird in the open across a gully. A second came close behind us. 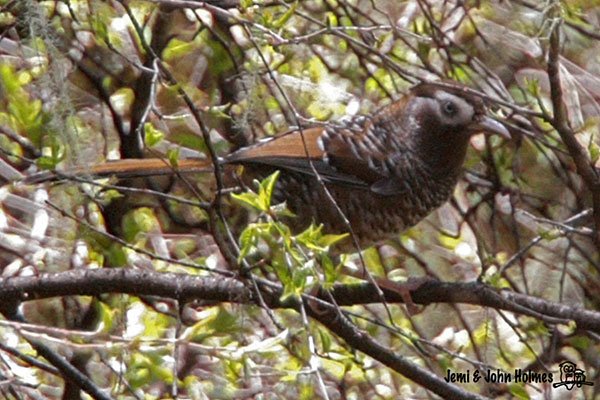 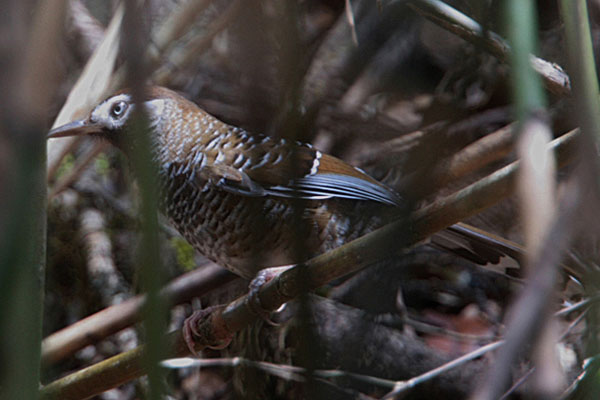 
We all got great views and what should be the first photos taken in the wild of this species.

Back-slapping and chocolate all round !

According to "A dictionary of Scientific Bird Names" by James Jobling, this creature is named after Monsignor F. Biet (1838-1901), another of the French Catholic Priest/Naturalists in West China. The original specimen was secured in 1895. Professor CHENG Hso-tsin, doyen of Chinese Ornithologists, considered it a race of Barred Laughingthrush (G. lunulatus) in his 1976 synopsis, but more recent authors have given "bieti" specific status.

As a special service for both you loyal readers of this blog, here is a comparison shot of "bieti" and "lunulatus" prepared by Jemi: - 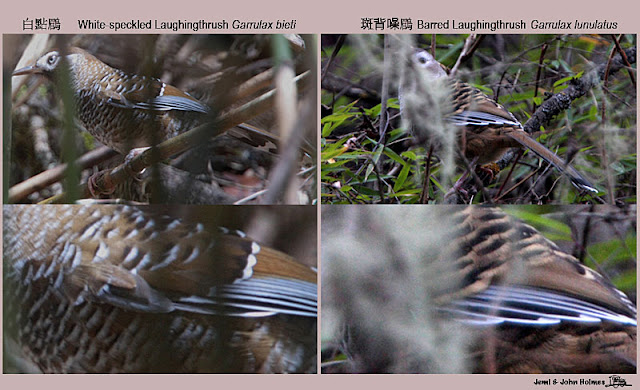 It was an interesting experience to see the White-speckled Laughingthrushes in the areas that we had searched two years ago.

It seems that no one had come to find them. They are the forgetten birds in a forgotten corner in China.

Thanks to White-speckled Laughingthrushes, our dream came true!
Posted by jemi at May 03, 2008 No comments: