It’s official, the Hong Kong Observatory has declared Sept 2021 to have been the hottest September on record.

An autumn bird but not in autumnal conditions then, here are three shots of the same Blue-tailed Bee-Eater (Merops philippinus). It was one of 20 at Mai Po Access road on Sept 29th. 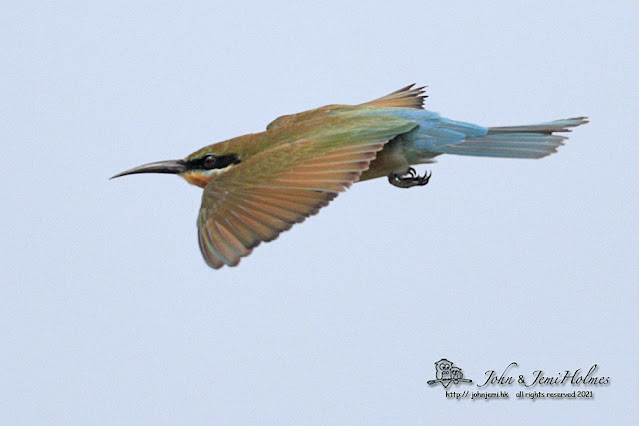 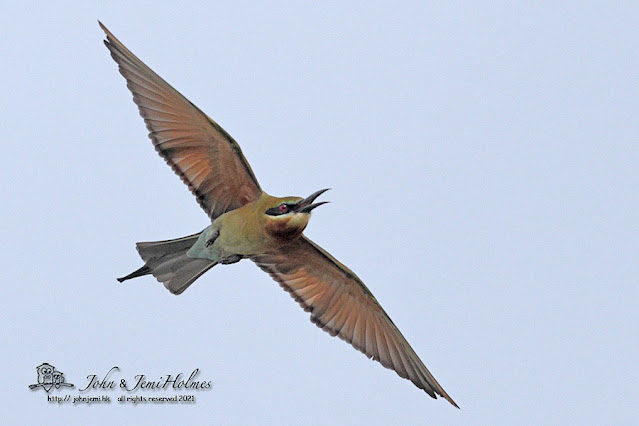 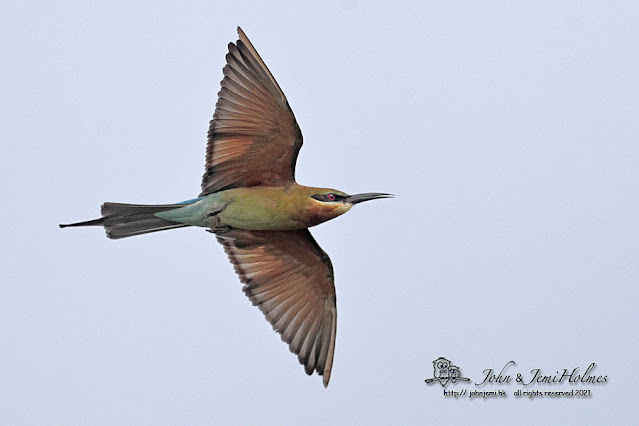 Blue-tailed Bee-Eaters will be on passage here throughout October.

Early October is also a good time to see a Pied Harrier (Circus melanoleucos), these are mostly birds of passage.  Very few seen in Hong Kong are adult males, so some confusion with Eastern Marsh Harrier can occur.

Here are three shots of Pied Harrier from Hide 1 over the scrape at Mai Po on October 1st, - 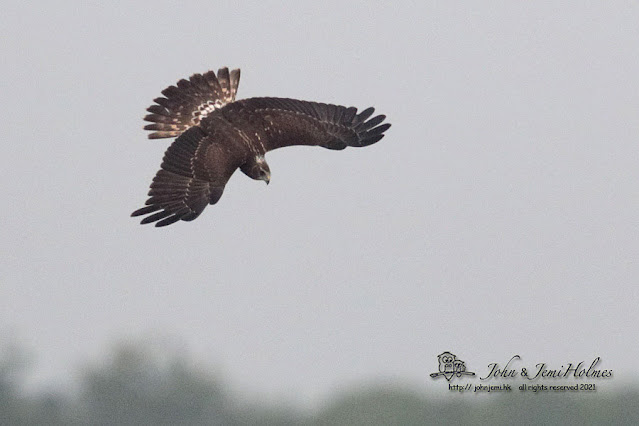 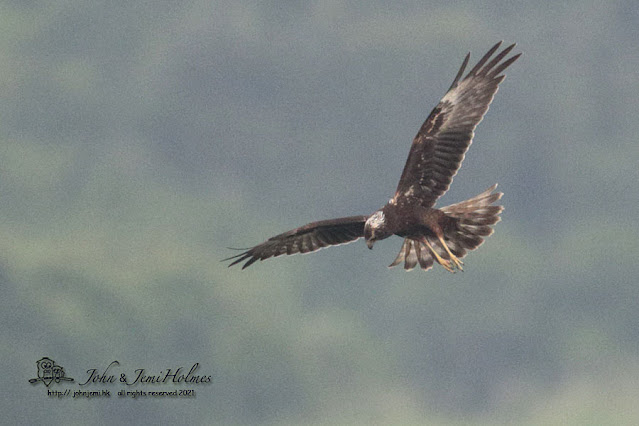 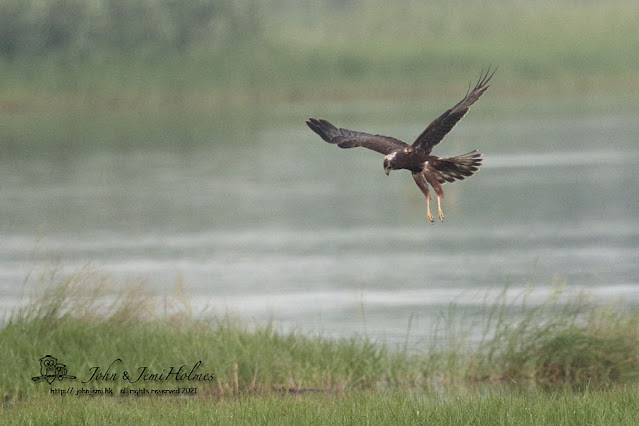 and three shots of what seems like the same bird, same place, - but from hide 3 - the following day. 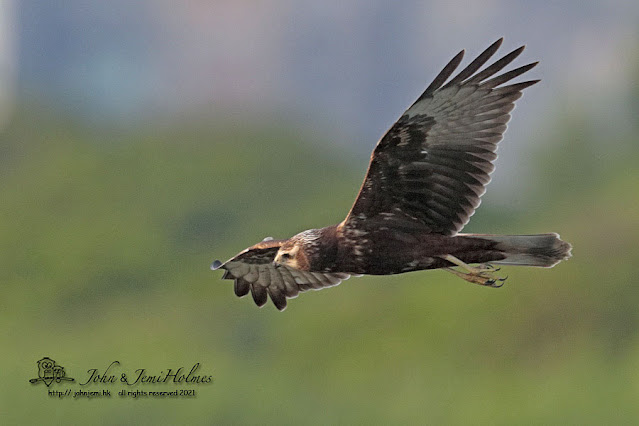 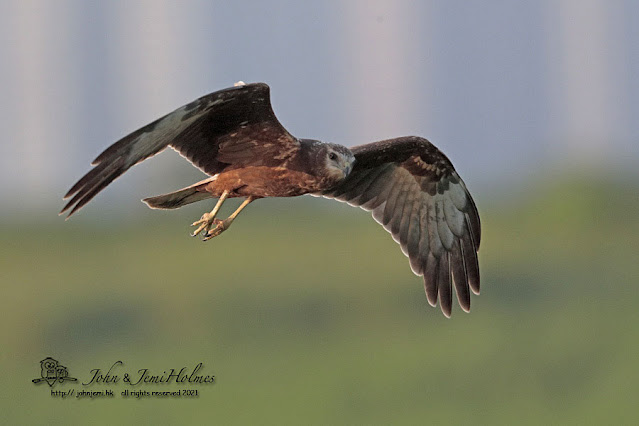 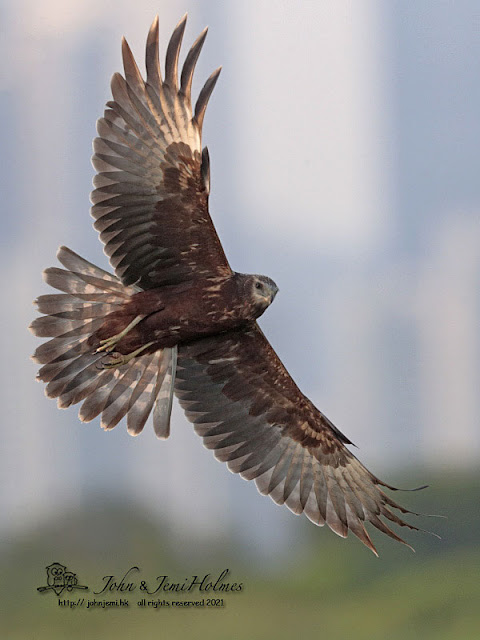 Normally secretive, up to seven Purple Herons (Ardea purpurea) were visible in and around the grass between Hide 1 and Hide 3.

I made it two adults and five first-year birds.  They often squabbled with each other, which seems like a real waste of their energies, when they have migration, habitat loss and real predators to contend with. 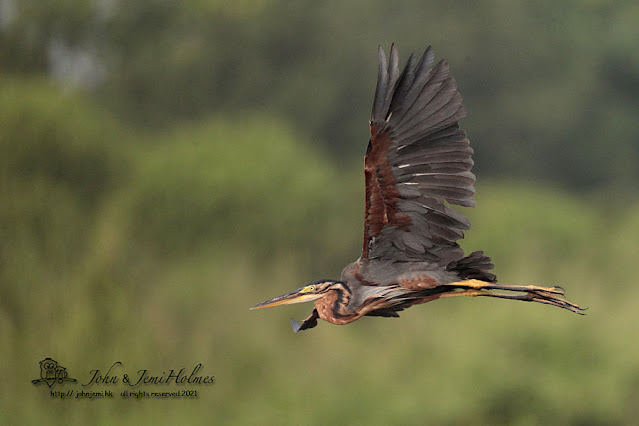 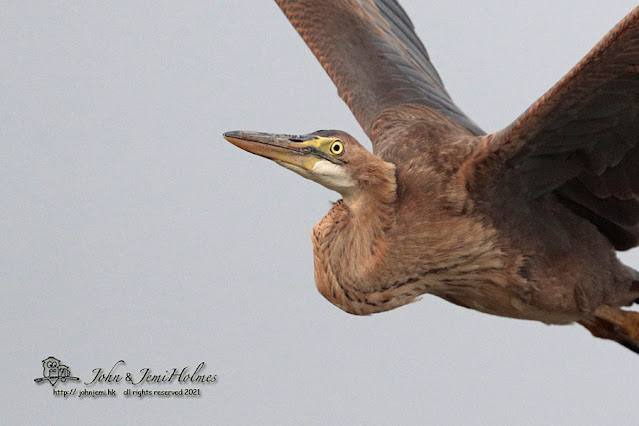 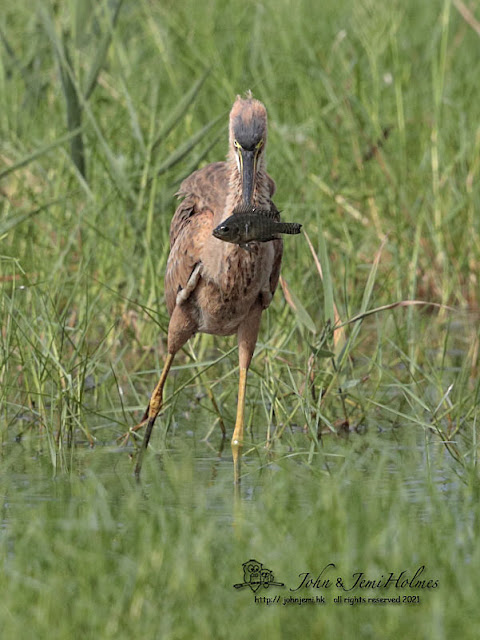 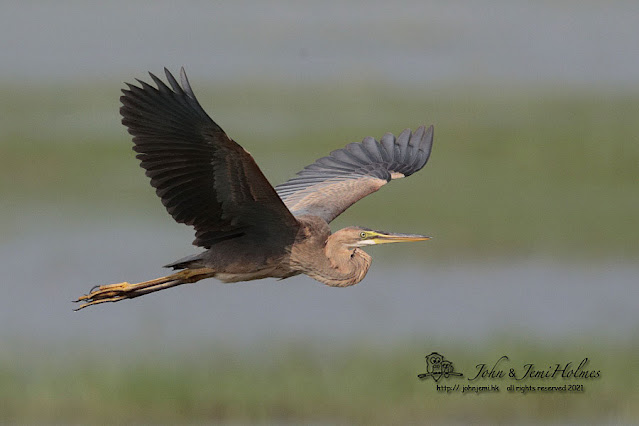 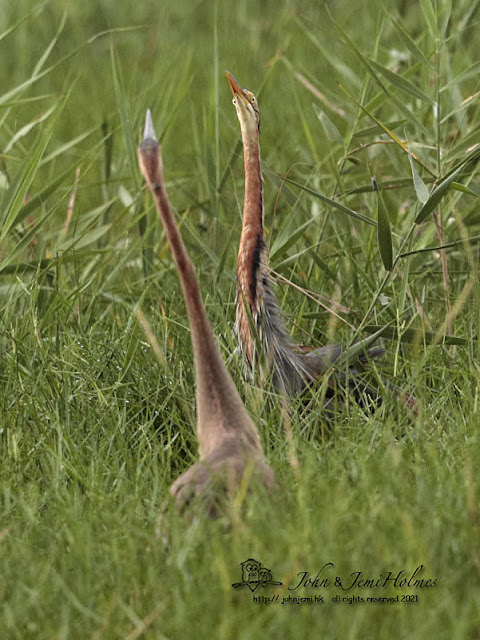 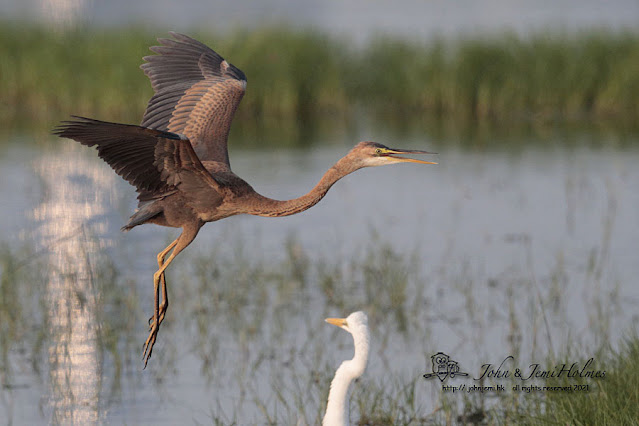 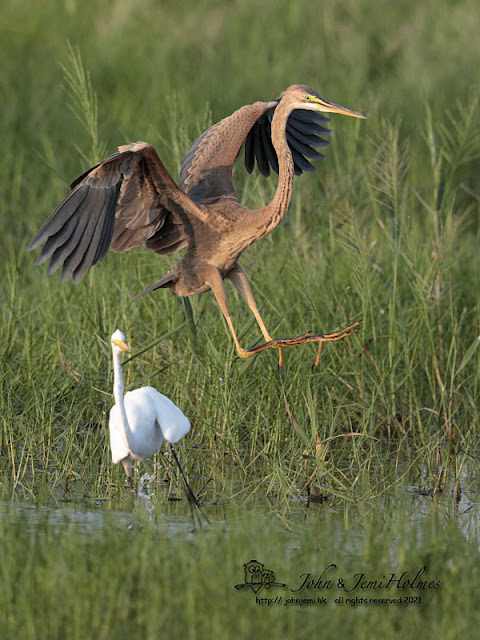 My “Species of the Month” * is Black Drongo  (Dicrurus macrocercus). 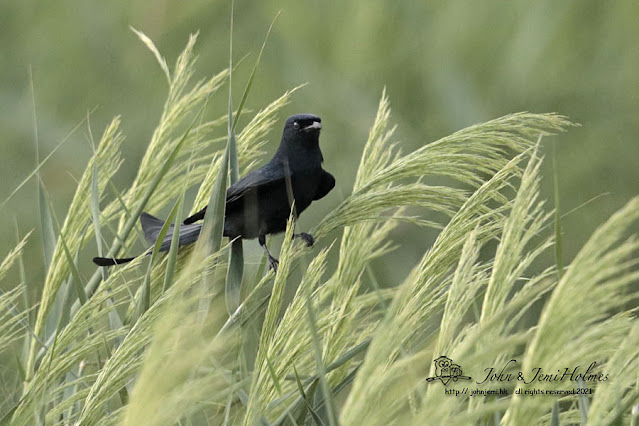 A steady procession of these seem to be flying westwards over Mai Po every day in Autumn. 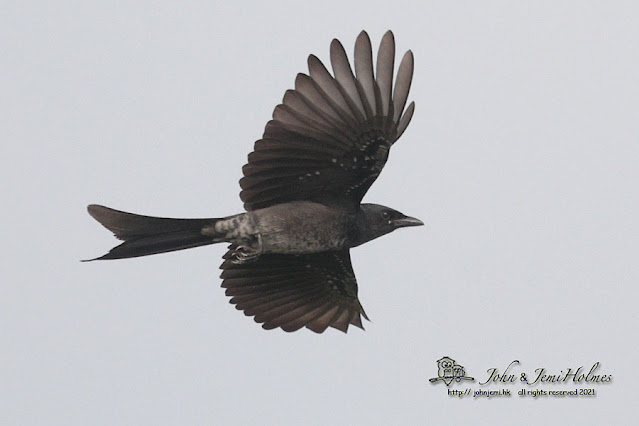