Most of these photos were taken at morning or evening.  It's so hot in Hong Kong in June that it seems like noon by about 09:30.

Around the carpark at Mai Po a number of White-shouldered Starlings can be heard and seen. They have adapted to nesting in man-made objects such as power-cable switch boxes, so their breeding success is deserved.


An "also seen" is this Black-crowned Night Heron.  During the winter they day-roost in the deep bushes and mangroves around the Reserve, and even in April Bird Races you might miss them. With the pressure of young to feed they are driven into to the open during summer days.

Chinese Pond Herons are sporting their breeding plumage, too.

A sudden rain shower and I'm glad to be lurking inside the Tower hide, with this view of reed beds and mangrove in Pond No.9 in front.

A passing Pied Kingfisher becomes my "black-and-white" image du jour. This is a BIG crop. 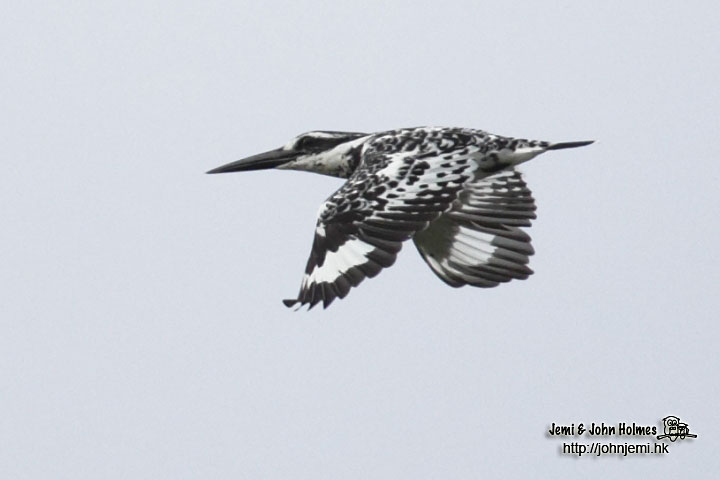 On the approach to the hides before the "Scrape" (Ponds 16/17) two Masked Laughingthrushes pause for a moment before clattering off into the bushes.

On the scrape itself, a Chinese Yellowknib  poses obligingly on a bare islet.  Yellowknib/Spotbills (call them what you will) used to number in hundreds, then down to dozens, and in recent years they've become quite hard to find at all.


After this scintilla of excitement we trudge out to the boardwalk hides at the edge of Deep Bay. The morning air is fairly clear and the high-rise of Shenzhen seems to loom over the Great Egrets in the distance.It's more than just a metaphorical "looming", deteriorating water quality is a conservation
issue at Mai Po.

And there is a Little Egret closer in.

(The waders had pretty much all gone, but on June 21st  a group of five non-breeding Black-faced Spoonbills still lingered in what traditionally is a "wintering" area.  Here are two of them.)

Time to go, it's warming up.  But droplets from recent rain decorate this lily.  Who could resist it ?

July should begin with a Typhoon, ("Rambia")  coming from the Philippines.  Perhaps it will blow a "good" bird or two our way ?
Posted by John Holmes at June 30, 2013 8 comments:

From Kavieng, New Ireland we took a direct flight to Kimbe (Hoskins) in New Britain.

We stayed at the Walindi Plantation Resort, which is about 45 minutes drive through oil palm plantations from the airfield. New Britain is relatively  "developed" compared to New Ireland, which is much more rustic .  New Britain is volcanically active and cone-shaped mountains are a feature of the landscape.

A brochure picked up at the British Bird Fair, a personal recommendation back in February 2013 and the knowledge that several bird tour companies base their "New Britain Extension" tours at Walindi made the place selection a "no-brainer".

Walindi is well-established and well-run place with a main clientele of divers, who dive the usually clear waters of Kimbe Bay. When we arrived it was raining really hard and runoff from the land was clouding things a bit for most of our fellow guests. We saw a good variety of birds around the accommodation in the following few days, especially when the rain eased off.

Anyhow, having pre-booked and pre-paid our birding outings we were led out into the field by Walindi's specialist local bird guide, Joseph.  Access to original rainforest was usually through palm plantations, and on a couple of early excursions we found tracks through the plantations cut off by floodwaters.  The plantation areas themselves had birds such as Black Bitterns and Pacific Black Ducks. 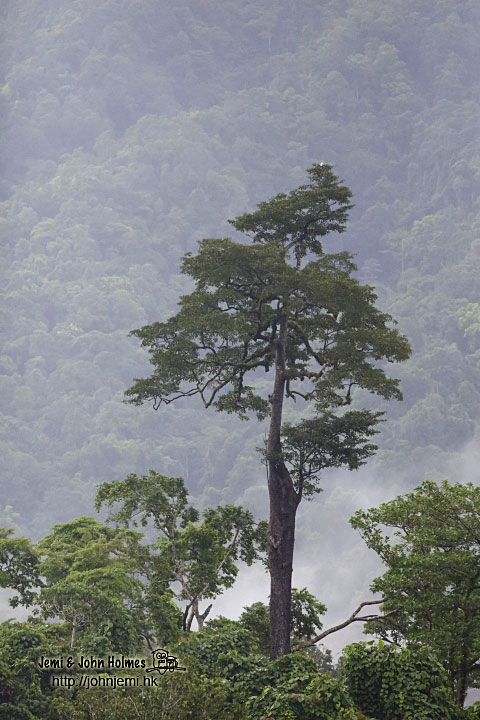 We visited most of usual birding sites, including the Garu Wildlife Management area, and Kulu river.

We visited the Melanesian Megapode nesting areas and saw White-mantled Kingfishers nearby.

A bonus for us was the sight of a family of New Britain Boobooks at a day roost within the grounds of the resort.


Later we had a couple of mornings on a boat out in the bay.  There were quite a few terns on the water. 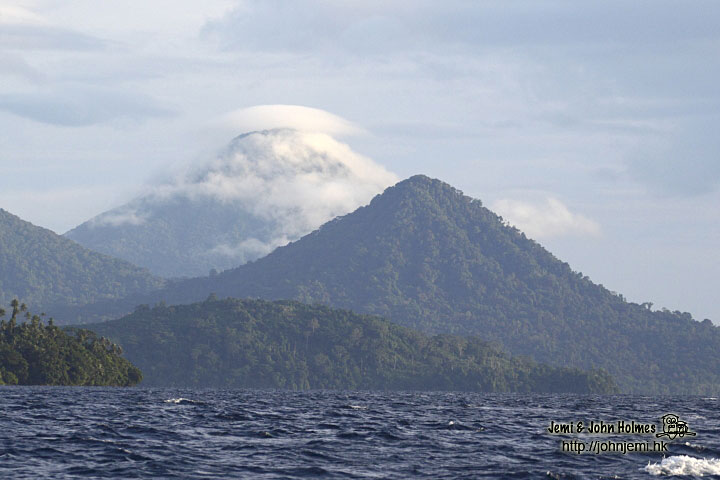 We birded some of the small islands, where Nicobar Pigeons were a "tick" for us. 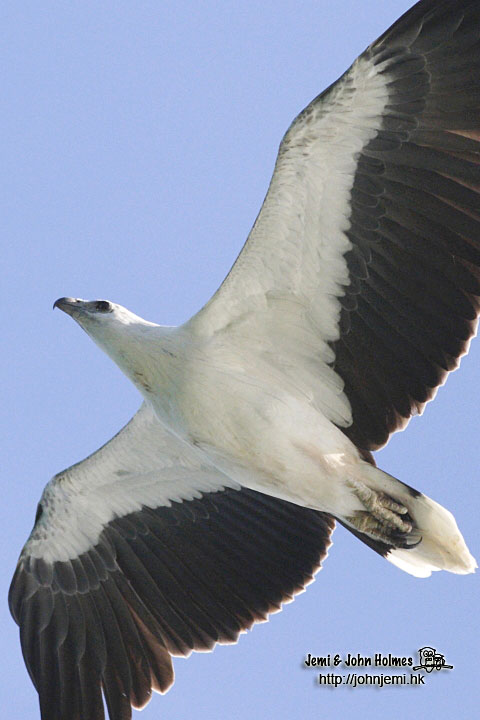 Then we were able to do some snorkeling before returning.

And that was just about it.  We flew from Hoskins to Port Moresby, where my cunning plan to avoid spending the night in PNG's capital was thwarted by Air Niugini, who postponed our flight by 24 hours.