After our success with the mannikins, Larry Clark (father of Shane) took us up to the Puroro Guest House in Limbin, where we stayed five nights.

Walking from the guesthouse every morning we covered part of the road that we had covered by vehicle from the coast a few days earlier. We sometimes met kids going to school in Limbin coming the other  way. 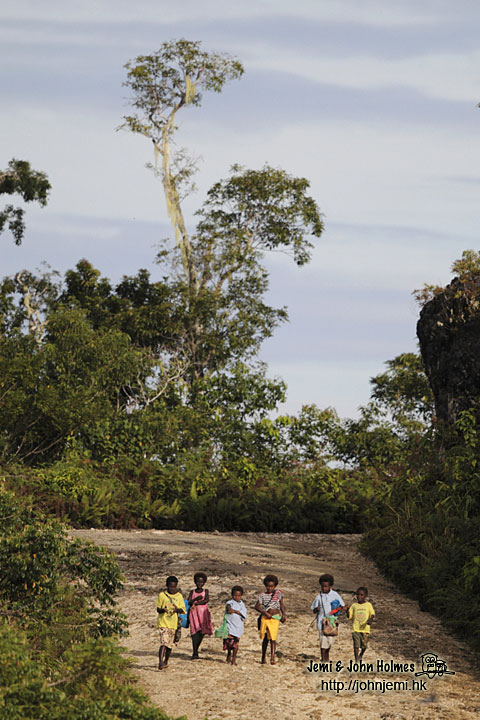 As on the coast, Long-tailed Mynahs were quite common.

Lelet is of ornithological interest as the site where in 1962 Ernst Mayr shot a specimen of what is now known as Mayr's Swiftlet.  This and one specimen shot in the Solomon Islands are the only specimens of this enigmatic species.  The Swiftlet remained something of a mystery to to us, too.  We dutifully took lots of digital photos of swiftlets, but sorting out just which might be Mayr's (mainly among Uniform Swftlets) proved difficult.

It seemed to rain at about midday everyday, but we still got several hours birding each day. The birds everywhere were quite shy, probably due to boys with catapults.

Everyone turns out in their "Sunday Best" for church and Sunday School.


It was difficult to get close photos of anything in the open, but here are a few shots from inside the guesthouse living room. These photo opportunities were my excuse for lounging around.

White-necked Coucals were quite common.

Few vehicles come and go from Lelet, but after five nights at Limbin we got a lift to Dalom Guesthouse on the coast. On a vehicle LIKE this, but not this one, it was too full ! 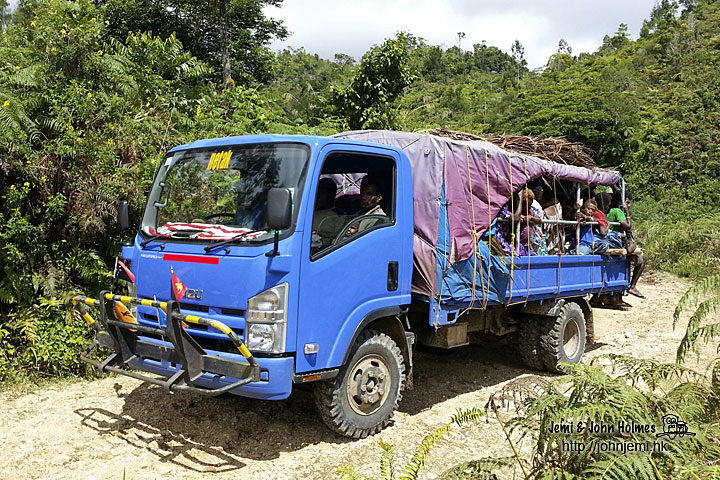 Dalom's position is idyllic, set beneath palm trees with a clear stream running into the ocean. We photographed yet more swiftlets - mostly Uniform - drinking the stream water as it flowed into the sea.  Few scenic spots in creation could be finer to do that kind of thing. 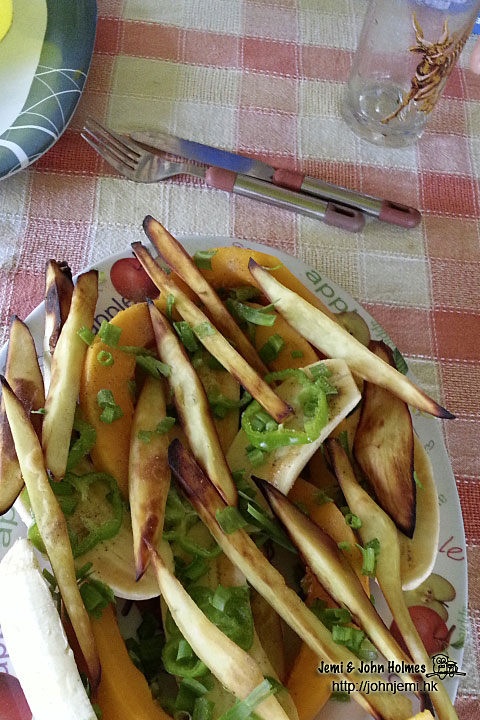 For a rustic idyll, it was not cheap... but the money was going to a good cause, all our hosts' grandchildren had surfboards ! 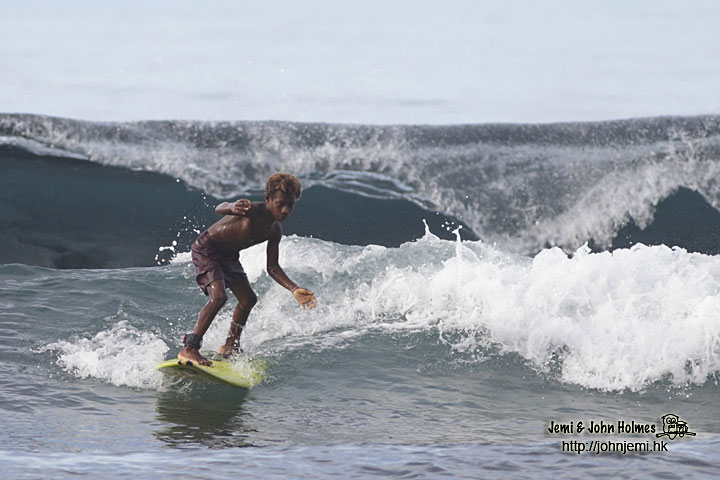 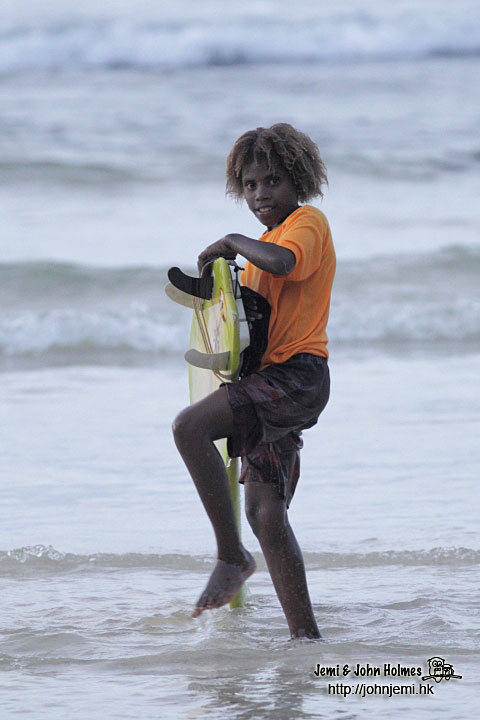 We got a PMV back to Kavieng the following day, where we stayed at the Malagan Beach Resort, with views of the sea.

A last hurrah for New Ireland was the sight of Hunstein's Mannikins photographed as we waited - and waited - for our flight to New Britain. Here's a shot taken from the airport waiting room - three or four birds were in the grass outside. We really liked New Ireland !