Anyone who fancies themselves as a photographer, as an “artist” needs to think about light, and its’ effects. 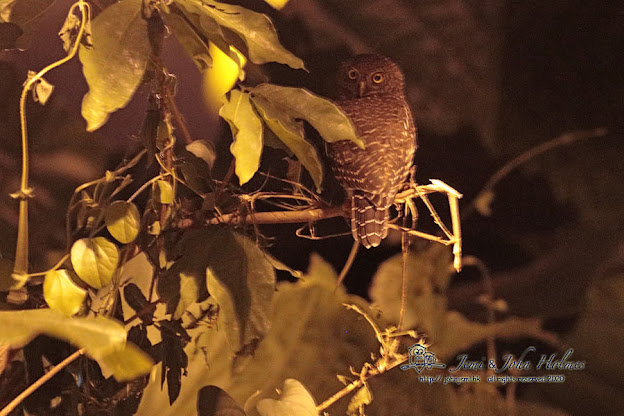 On the subject, on the background, in front or from behind, how much or how little of it, the colour “temperature” … - whatever.

I’m so pretentious, this year marks the 50th anniversary of when I discovered what “contre-jour” means.

Just yesterday,* with June racing towards it’s febrile conclusion,  I knew I’d have to get my pledged monthly “Night Bird Survey” done.  The moon was on the wane, but the sky was clear.

Off out then, to cover the usual circuit.  Most night birds are noted by call, but occasionally one gets a view, so it would be a shame to leave the camera behind. Light is a challenge at night, but digital has made night photography a lot easier than it used to be.

Eventually we came to a spot where the footpath was illuminated by a yellow street light. 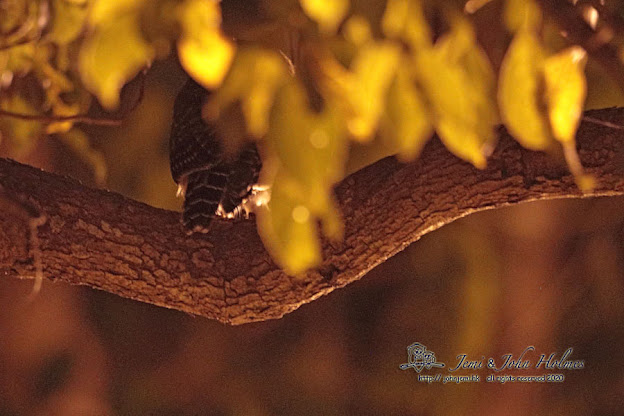 A fluttering shape revealed itself to be an Asian Barred Owlet, swooping from the shadows to a well-lit patch of ground beside the path.  We could see it trying to subdue a prey item among the leaves.

Owls REALLY know how to work the light conditions. 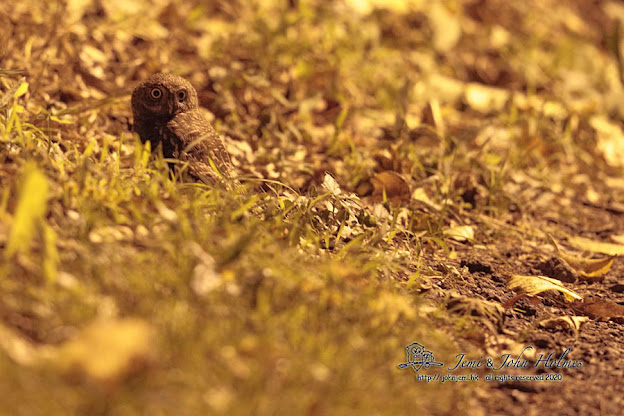 Disturbed by a passing villager it hid high in a tree before emerging again and then perching lower. 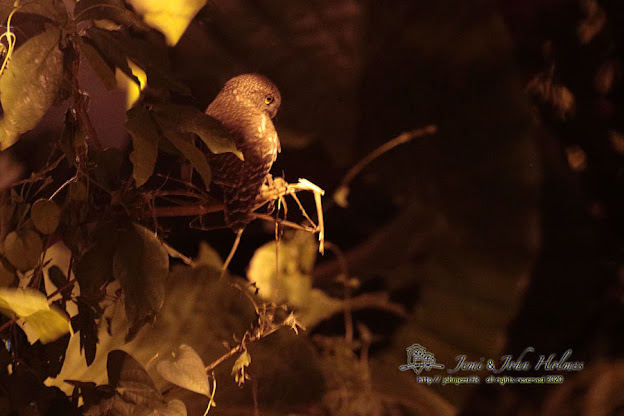 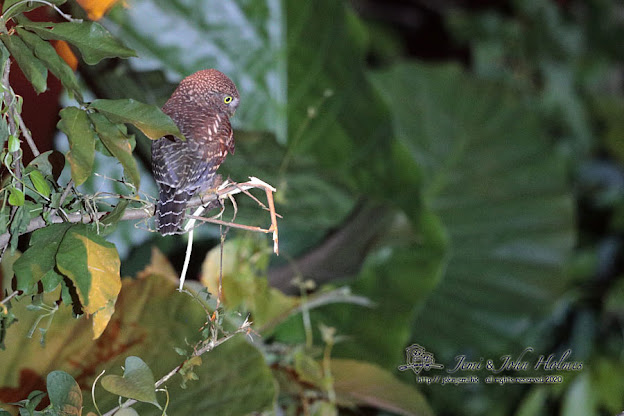 Same perch, but a white LED torch makes the dark bits stand out.  Even so, Asian Barred Owlet is not a two-toned bird - it’s just that a yellow light and a white light compete with each other.

It was interesting to see the Owlet making full use of the artificial light provided by mankind..no need for it to go hungry until the next full moon !

All the other Nightbirds on the survey were “Heard Only” - it was nice to actually see one.