Summer is usually a “slow” birding season, so we have been on a couple of Dolphin-watching trips. Although we've seen the dolphins a couple of times before, this time we paid for a dedicated trip with with HK Dolphinwatch Ltd.

Not only do these people run informative tours, but they are active in the challenging field of raising awareness of the plight of the Chinese White Dolphin, and trying to conserve them.

Commonly referred to as the “Pink” Dolphin, this mammal was chosen as a symbol of Hong Kong during the 1997 ceremonies that marked the handover of sovereignty.  Actually, the dolphins are born grey and gradually turn to pink.

Despite all that high profile handover publicity, I’m sorry to report that the dolphins haven’t been getting much “face” since then.

Development (mostly infrastructure projects) around the Pearl Delta have been impinging on the CWD’s habitat.  Hong Kong International Airport now occupies 9 sq km of former dolphin territory. A third runway project will extend the airport substantially to the north.

More land-filling to the east of the current HKIA is being done to create a checkpoint and vehicle holding area for the HK-Macau-Zhuhai Bridge. 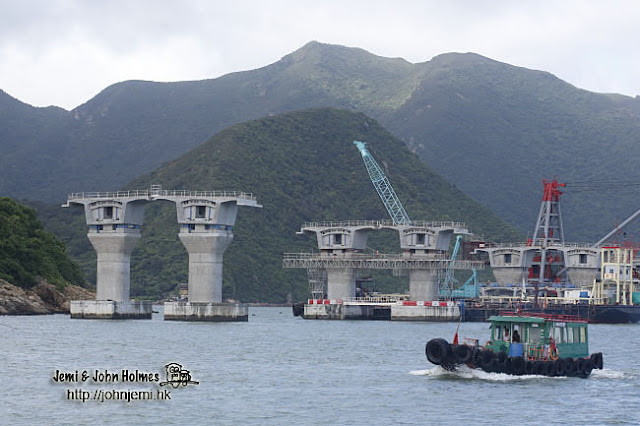 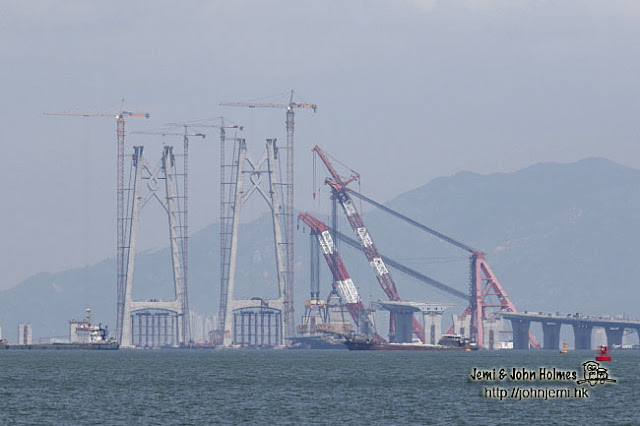 All the piling, dredging and and blasting has been pretty disastrous for the marine environment, and the CWD population has been declining.

Other negative factors are water pollution by untreated sewage, and the physical danger of being struck by fast-moving boats. Here are two shots of the same individual with propellor damage to its fin.

The Chinese White Dolphin subsists on fish, and, guess what? - we humans have been over-fishing the area, too.


We joined the HK Dolphinwatch outings at Tung Chung New Development pier, but most people arrive on the coach from Tsim Sha Tsui.   The boat usually goes past the airport reclamation to the bay just off Tai O, on Lantau Island.

See them while you still can !  The HK Dolphinwatch trips have a 97% success rate, and all the trip details and more besides is on their website here: -

********
Finally, an apology.  I’ve been having difficulty acknowledging comments on this blog. Also, I seem to be able to comment on some people’s blogs but not others. If and when I can sort that out, "normal" communications will be resumed.