The “Sea of Grass” - Caohai - lies at an elevation of over 2,000 metres.  It is a lake in which the water level varies a lot, surrounded by low hills with villages at the edge of the higher ground. 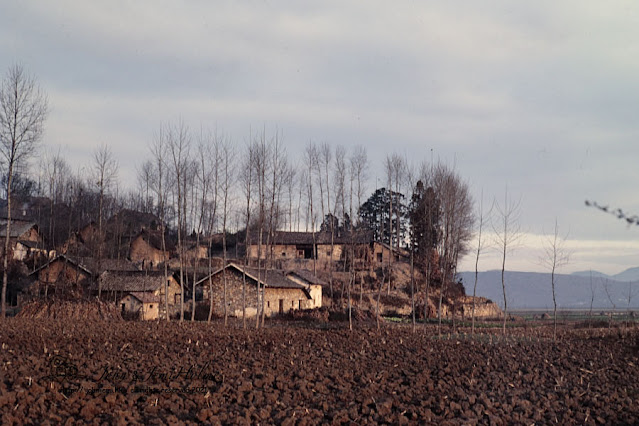 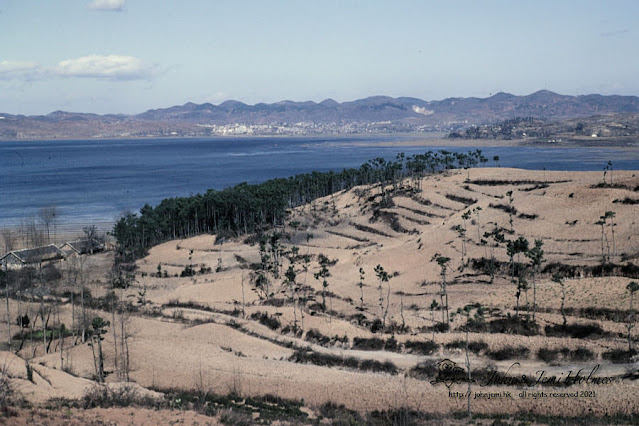 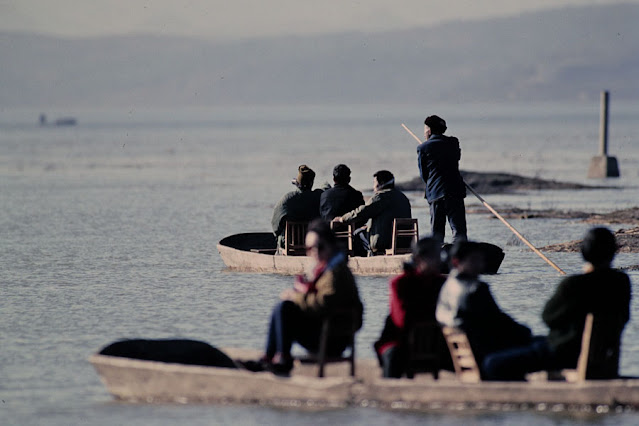 In the early 1990s over one hundred Black-necked Cranes wintered in the area.  These birds were breeding on the Tibetan plateau.  (And I believe they still are !) 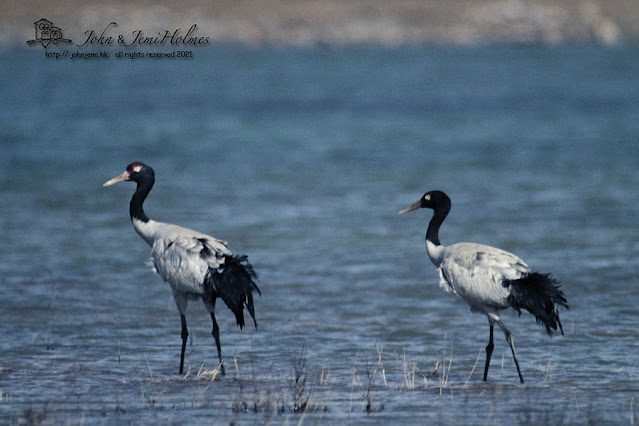 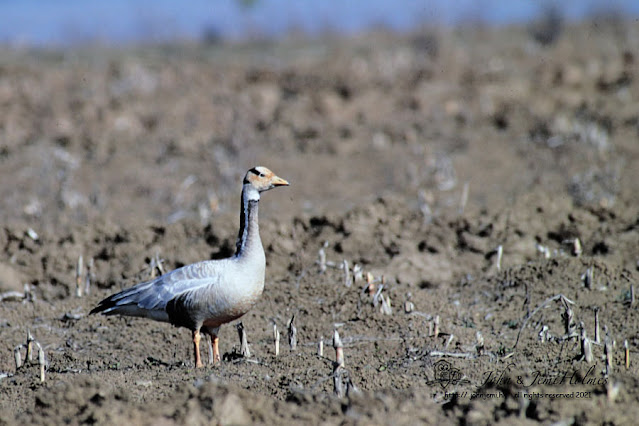 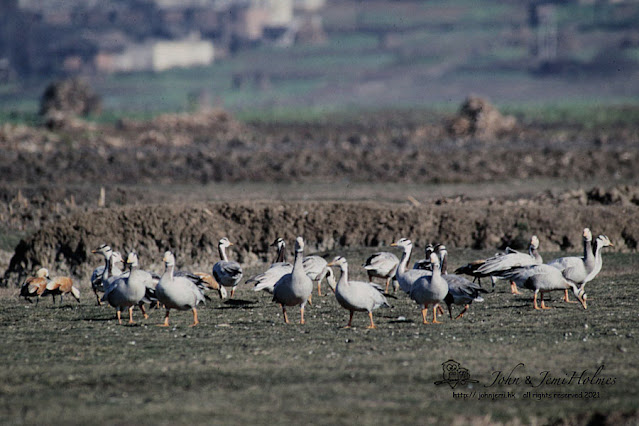 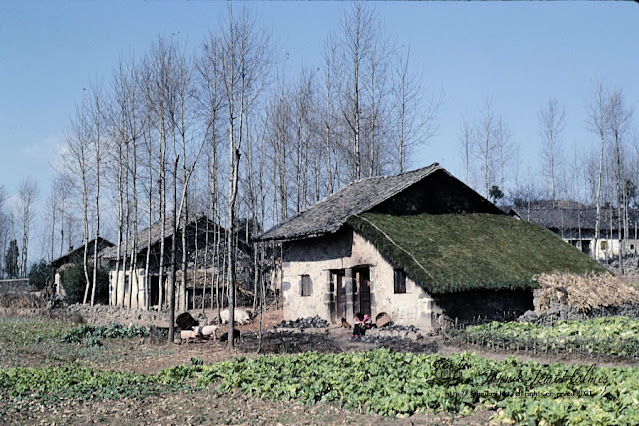 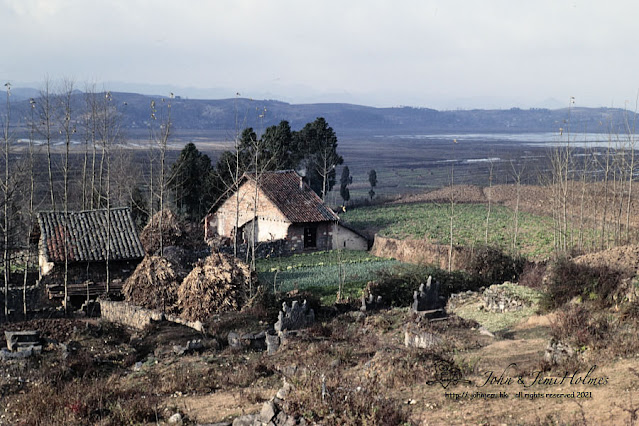 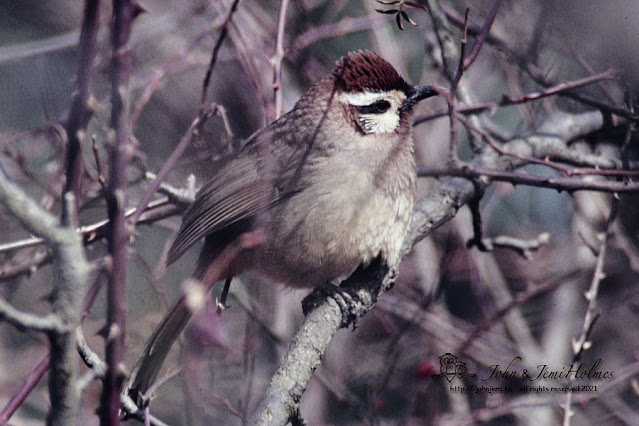 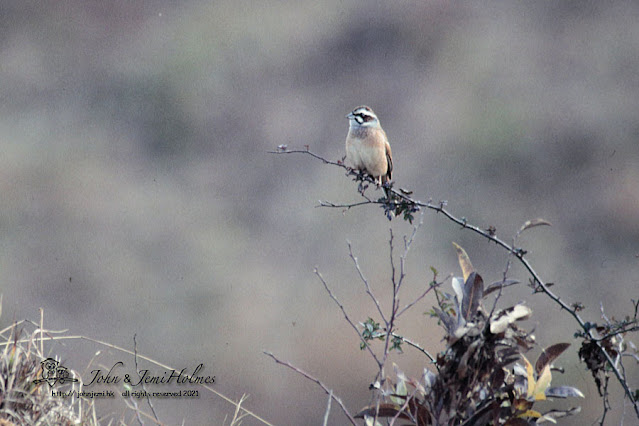 It seemed to be a tough existence for most people. 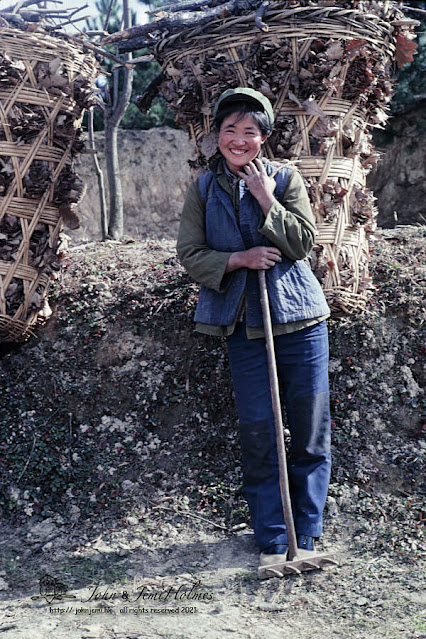 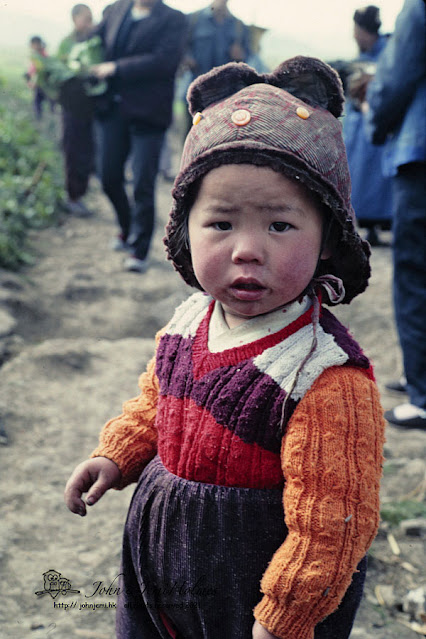 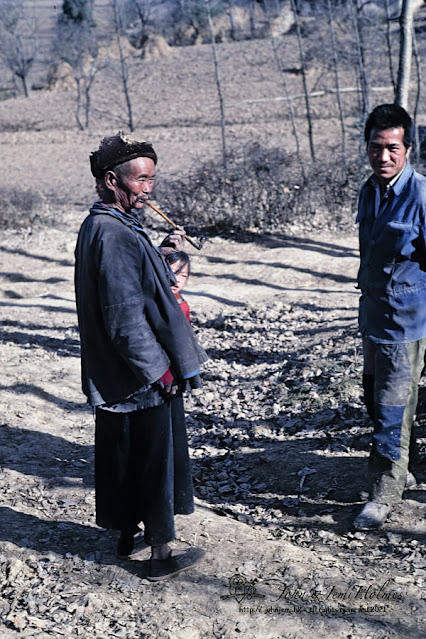 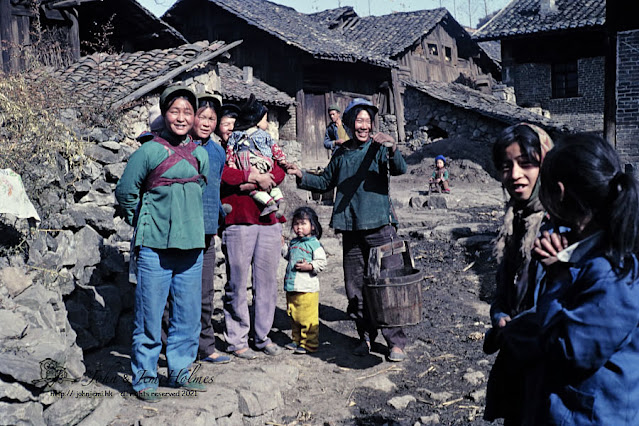 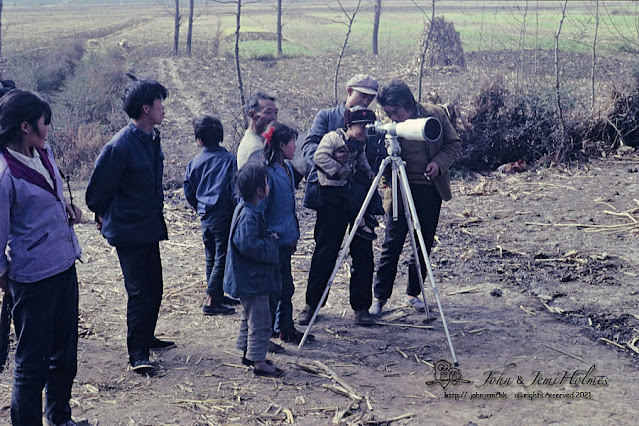 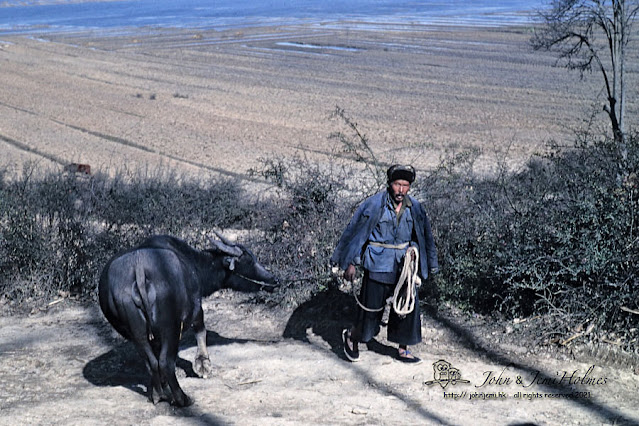 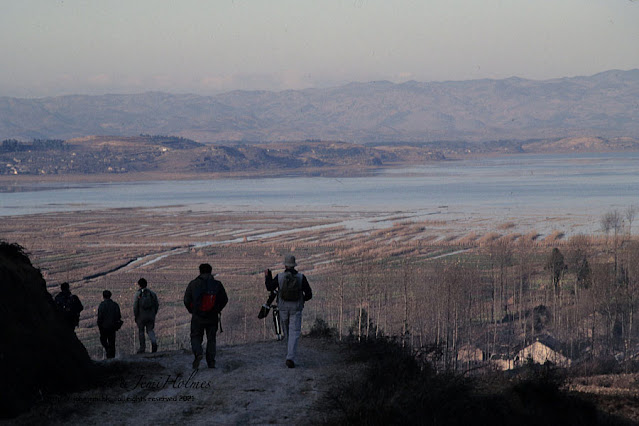 Villagers walking to Market in Weining across the foreshore of the lake. 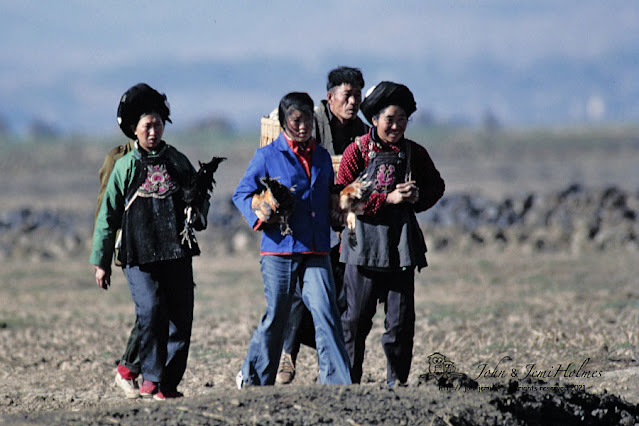 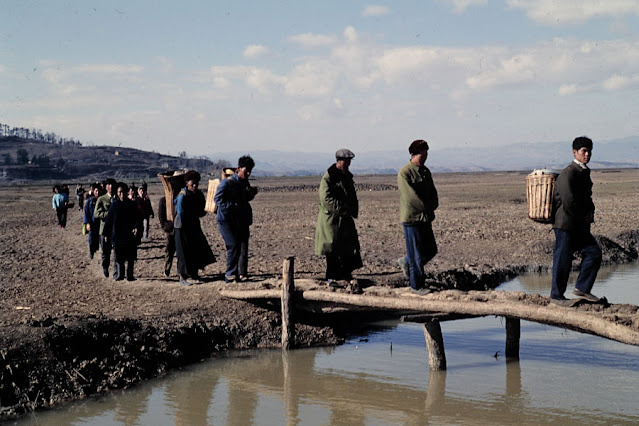 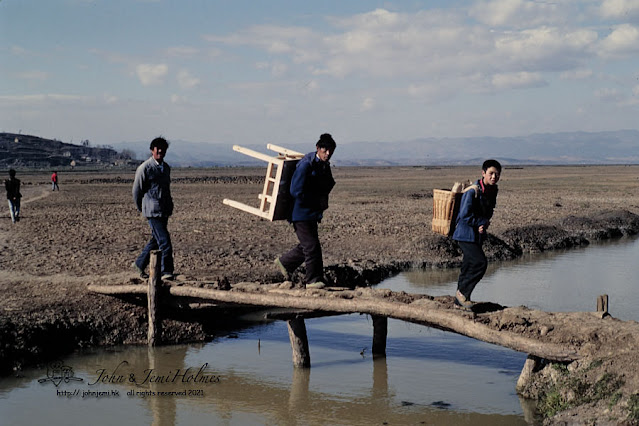 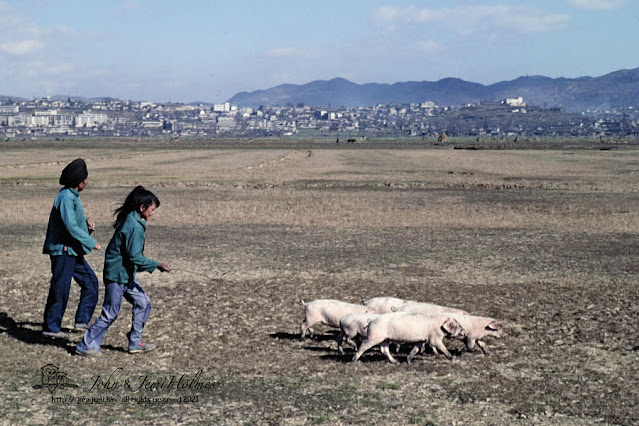 Handicrafts, some other produce, and woodwork could be carried, but pigs had to be driven. 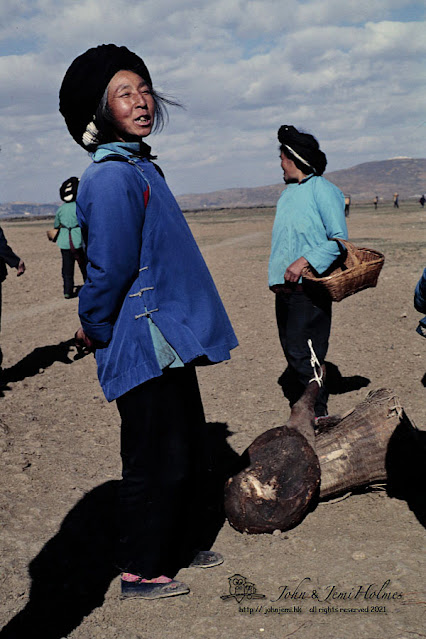 This woman was taking a break from carrying a heavy leg of ham. 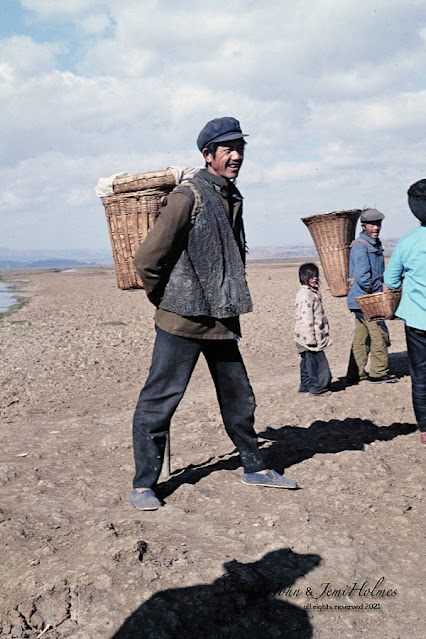 At the end of Market Day, some ride home on a cart. 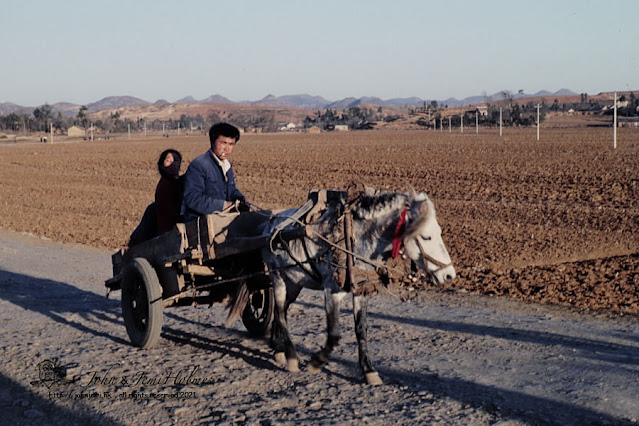 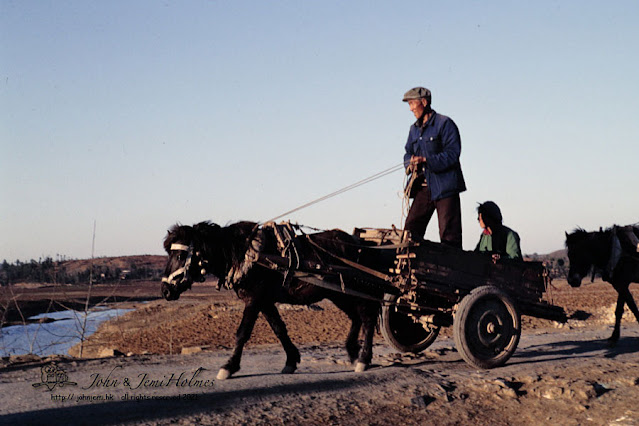 But sometimes it was quicker to walk. 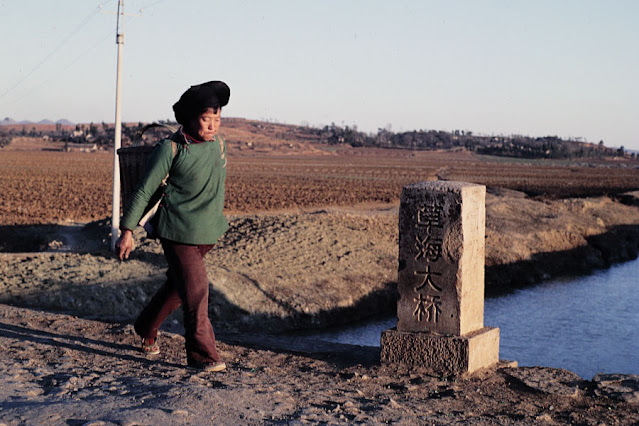 The characters on the stone read (top to bottom) “Grass Sea Big Bridge”.
A lot of water must have flowed under it in the thirty years since I took this photo.
Posted by John Holmes at February 19, 2022 7 comments: