Nordmann's Greenshanks, like most of the other waders, have usually headed north by the end of May. 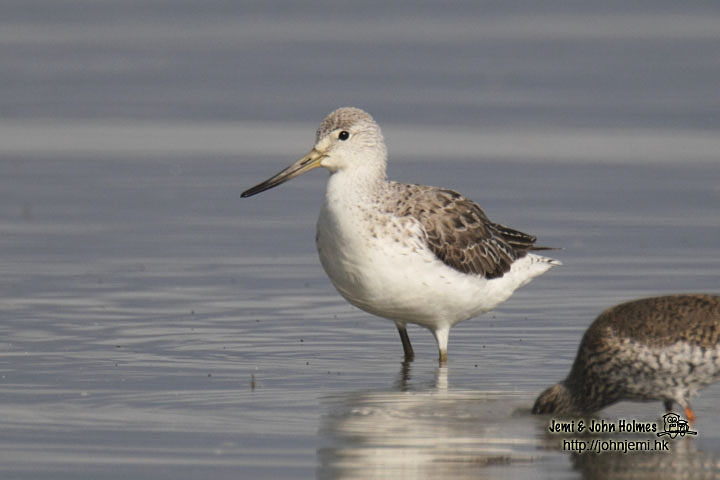 This one lingered at the Mai Po boardwalk yesterday, with a few representatives of the other species that have gone through in the last 8 - 10 weeks. 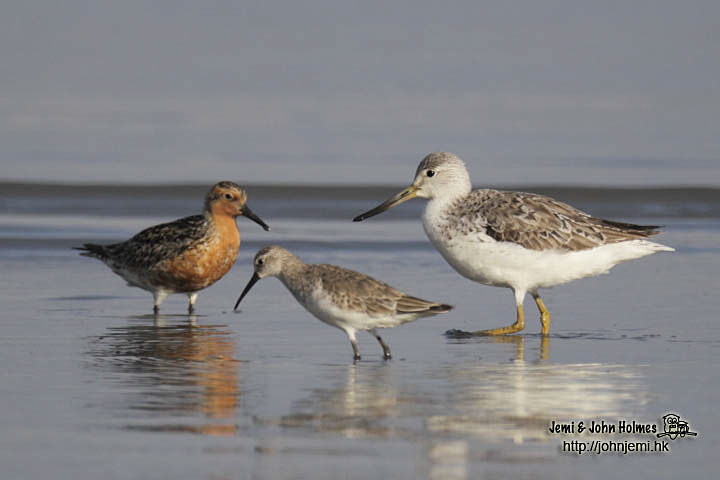 The Nordmann's even flashed his white underwings a couple of times; normally an identification feature that doesn't much feature. 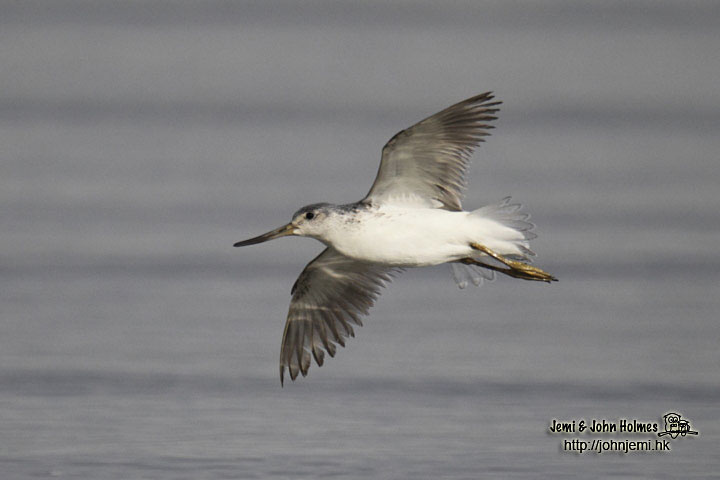 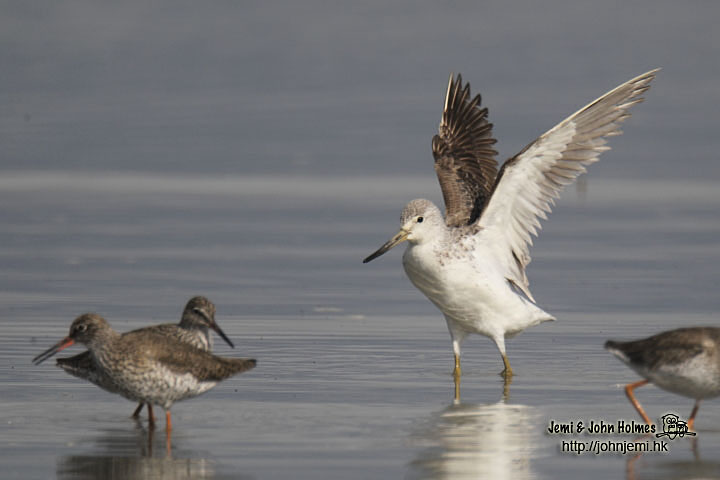 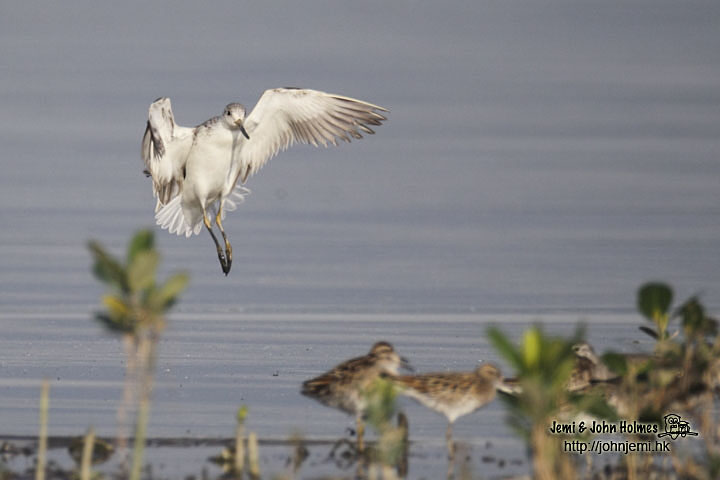 Also still about was this Grey-tailed Tattler:- 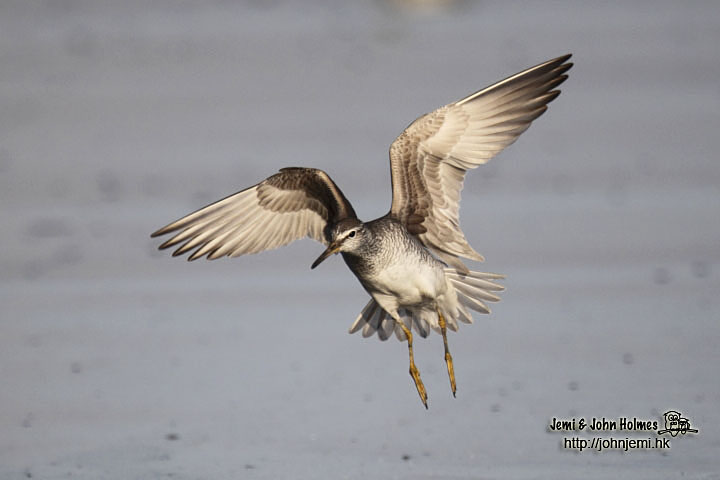 A couple of Great Knot.. 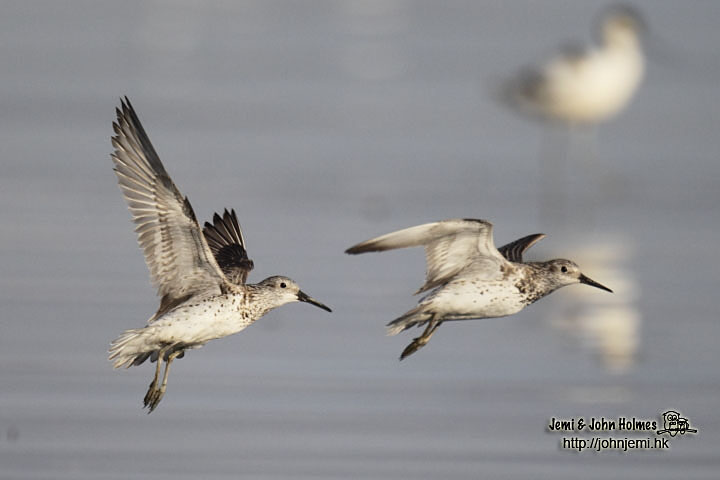 A flock of mostly Greater Sand Plovers (a couple of Curlew Sands in there, too) 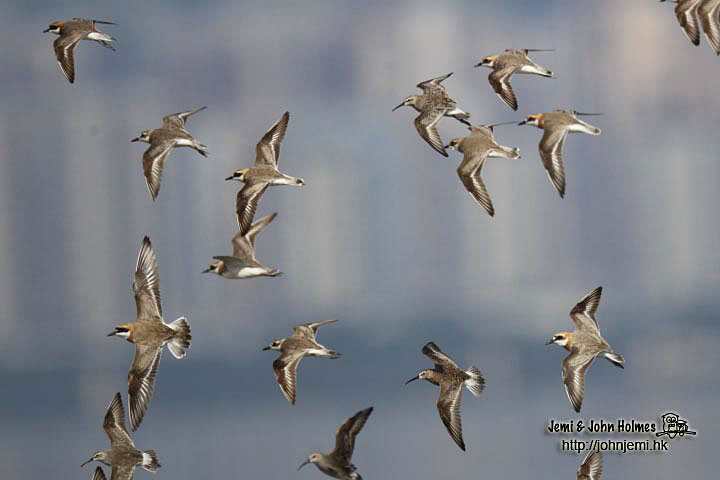 and, finally, these non-breeding Black-faced Spoonbills 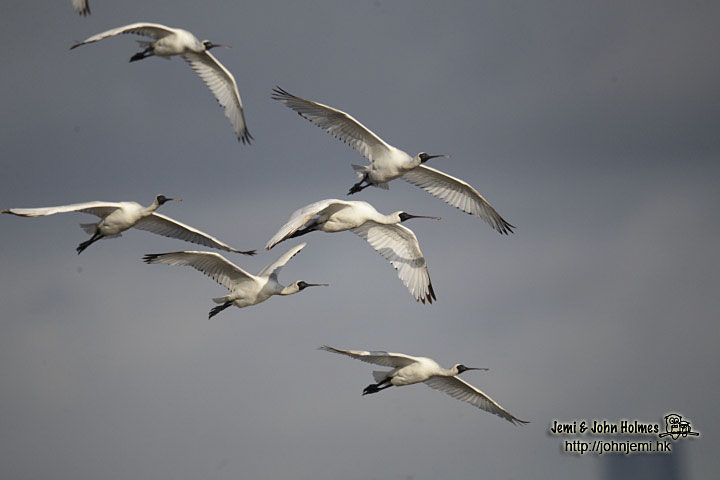 I wonder how many will linger through the Mai Po summer ?

It's raining here in wet-and-clammy late spring Hong Kong, so what better time to air a few more shots from Costa Rica. 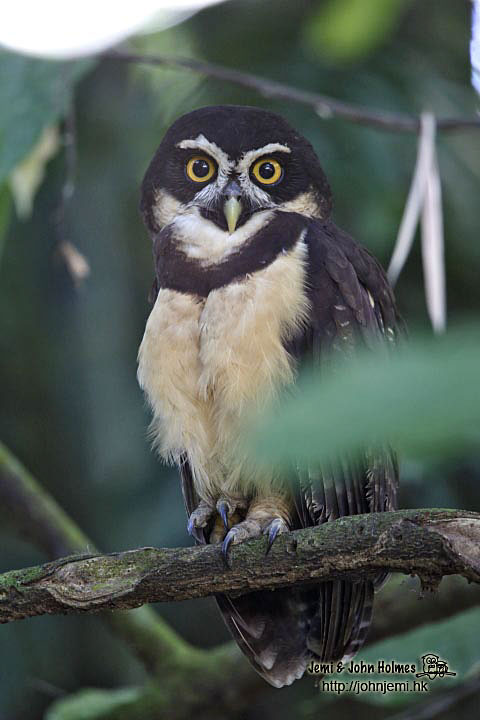 (Just when you thought it was all over !)

We got back to San Jose on February 17th, and Nigel Croft headed back to the UK the following day.  Having splashed out on those trans-pacific air fares, though, we stayed on for a couple of weeks longer.

First stop, five nights at Rara Avis, which involved a 12 km horse ride and 3km trek in the forest next to Braulio Carrillo National Park… 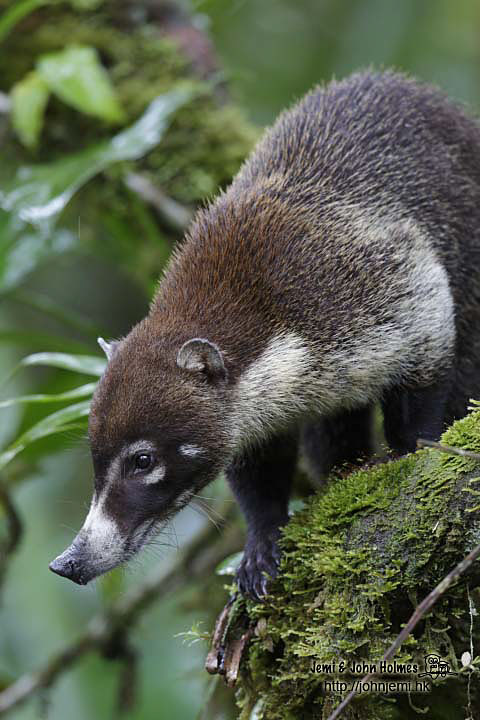 Most of the Coatis we saw were hanging around picnic areas, so it was nice to see one in a natural setting, albeit with sniffing range of the Rara Avis kitchen…. 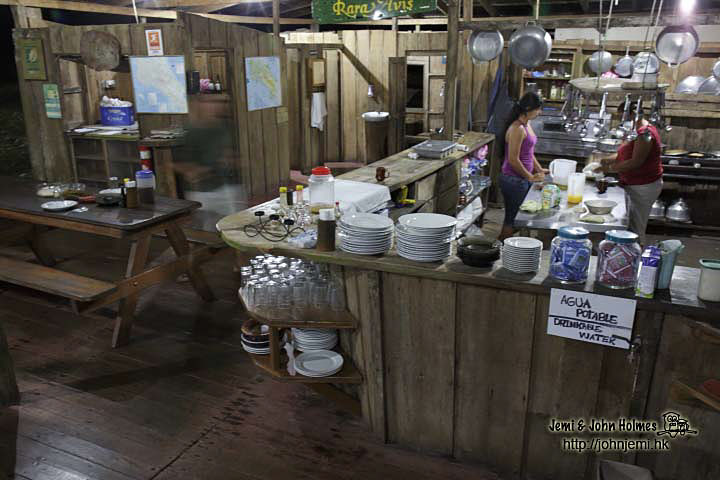 And "Thanks !" to Jonathan at Rara Avis for showing us this on one of his Night Walks….. 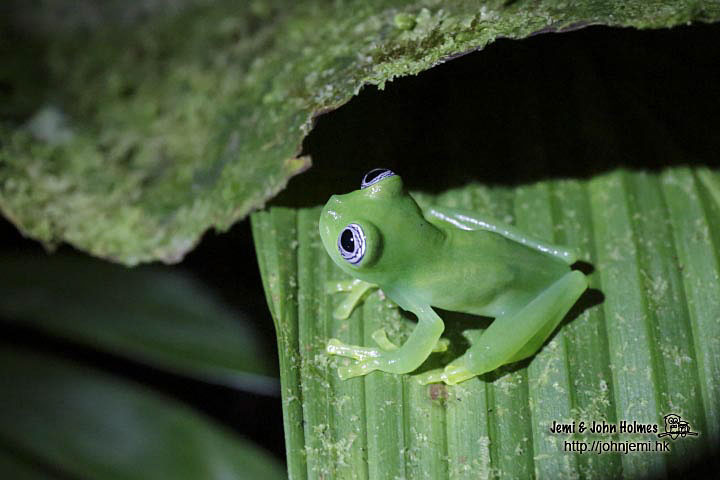 On from Rara Avis to Puerto Viejo de Sarapiqui. We stayed at Hotel Gavilan, a pleasant hotel with a lot of birds in the grounds. Here are a few of them…

With digital, they sometimes say "If you can see it, you can shoot it…" well we could barely see this male Pauraque, calling from the stump of a fallen palm frond as night fell.  But he was puffing out his white throat patches manfully…. 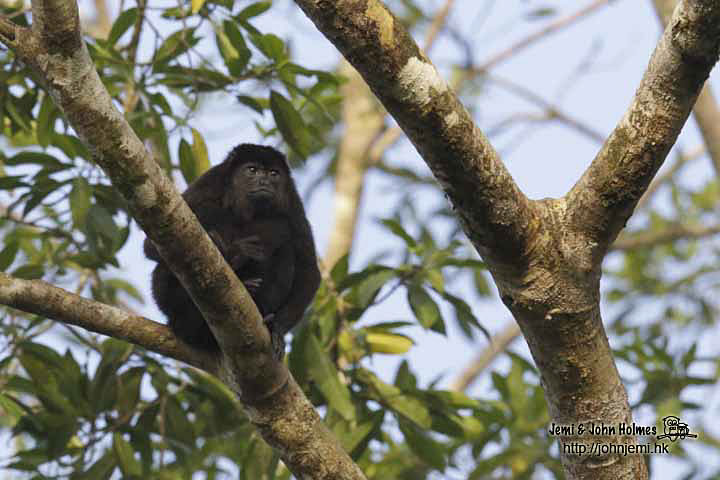 Then we tore ourselves away and headed towards Costa Rica's border with Nicaragua, namely to

Here's a foretaste of that… 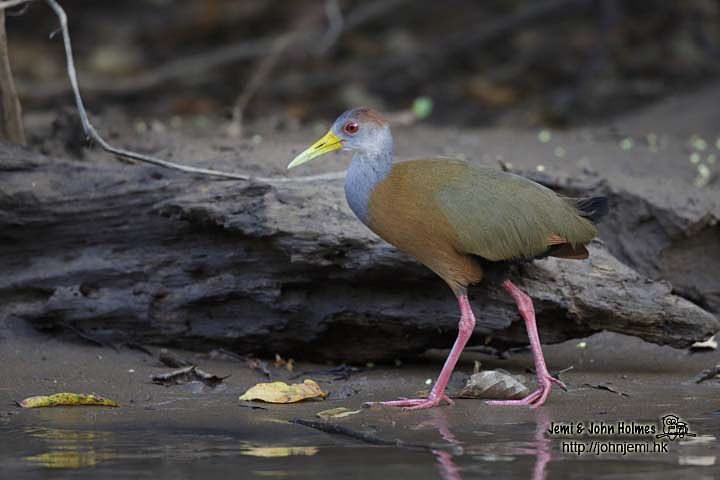 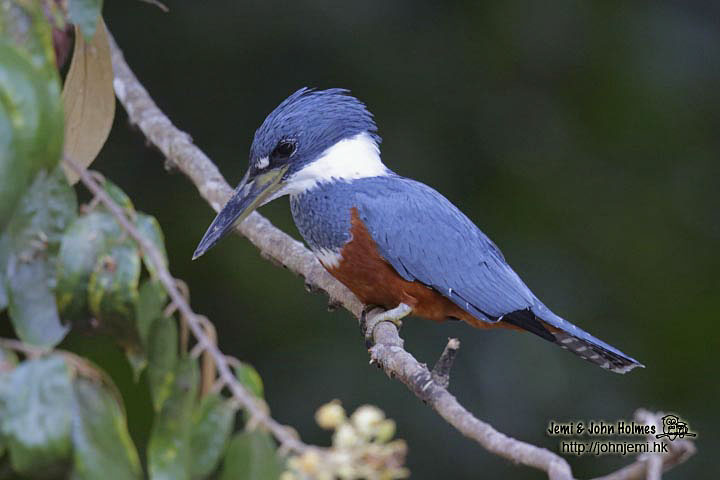 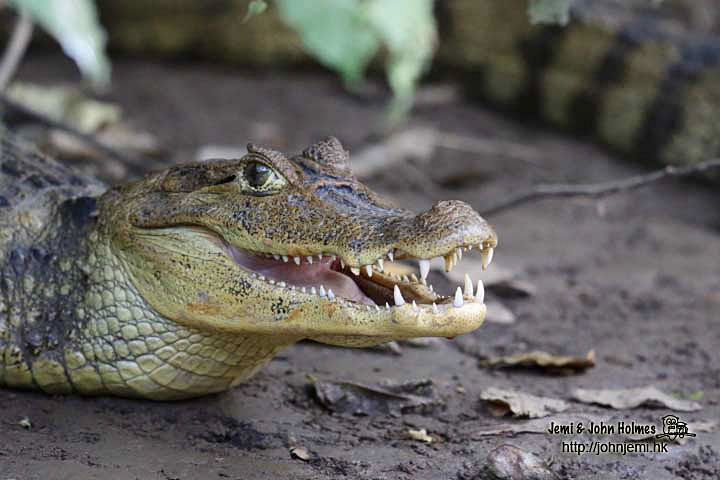 Caño Negro…   home of the Caiman !

Well, I hope not, but 10th of May is getting quite late for spring passage here in the tropics….

The rain of the past couple of days eased up for long enough for me to decide to scuttle along to the boardwalk hides at Mai Po and fire off a few frames.

Besides, this weekend is "World Migratory Bird Day" isn't it ?


Without further ado; - here some of today's photos in the order they were taken.


Orange-over-yellow means "South Australia" - you've come a long way, baby ! I have reported this one on the appropriate thread:-

It was possible to get some of the ring number on this one - 76141.  The Australian Wader Studies Group tell us that this Red-necked Stint was ringed in the Nene Valley, South Australia in 2003.

So it's a very well-travelled twelve-year-old.


The main wader passage has passed now, but many of the waders on view are in attractive breeding plumages.

A couple more days of "decent" Mai Po tides (but not necessarily "decent" light) and that will be the spring wader passage done for another year.

I mentioned in my post about the successful boat trip of 26th April that we planned to do it all again.

And so we did, on Saturday 3rd May.  But the weather was clearer and the birds fewer. One of the few highlights of last Saturday's boat trip was this Aleutian Tern 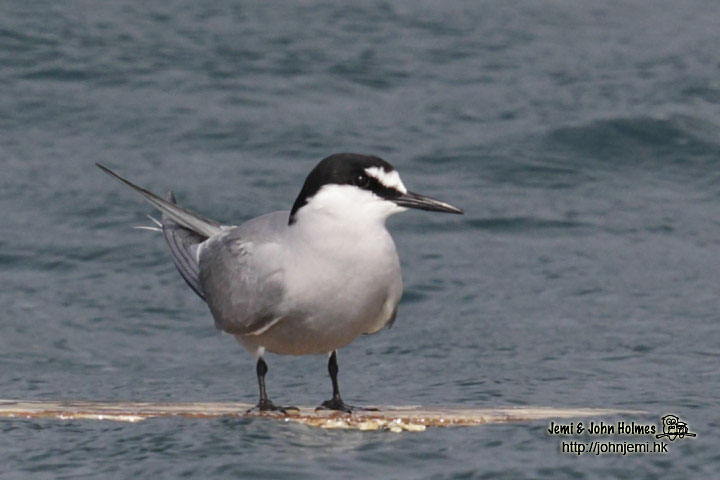 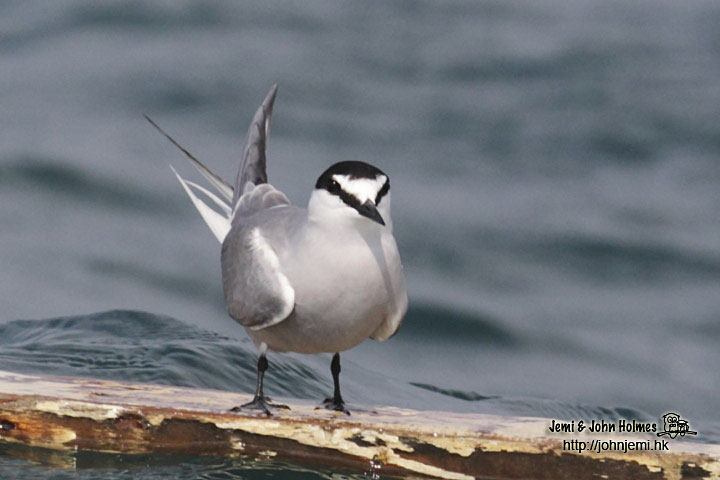 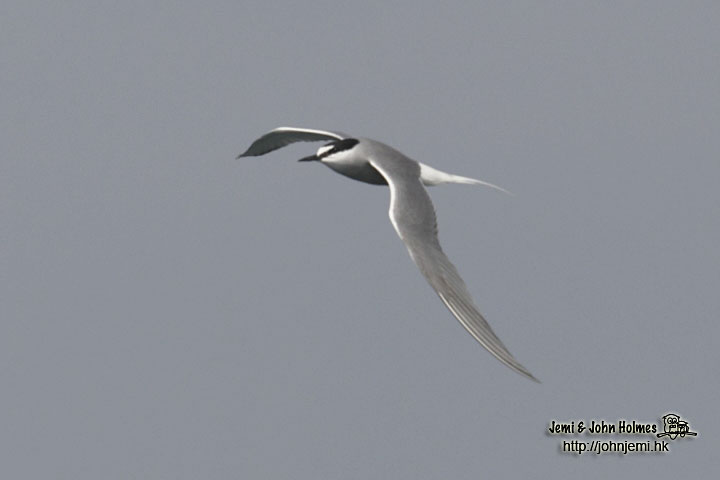 Inevitably, if there are migrant seabirds around, there may well be Red-necked Phalaropes, like this one. 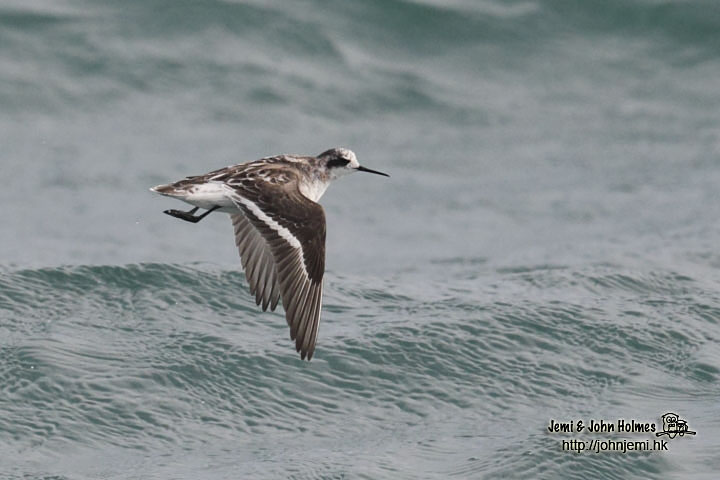 Gloomy weather in the last couple of days has meant a lot of migrant birds showing at the boardwalk hides at Mai Po.  One or two phalarope would not be unusual, but a flock of thirteen is the most I've seen there for ages.  (Black-faced Spoonbills bottom left) 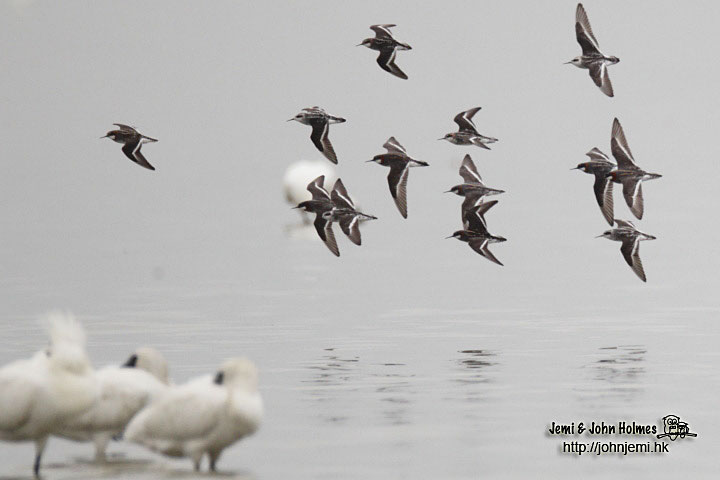 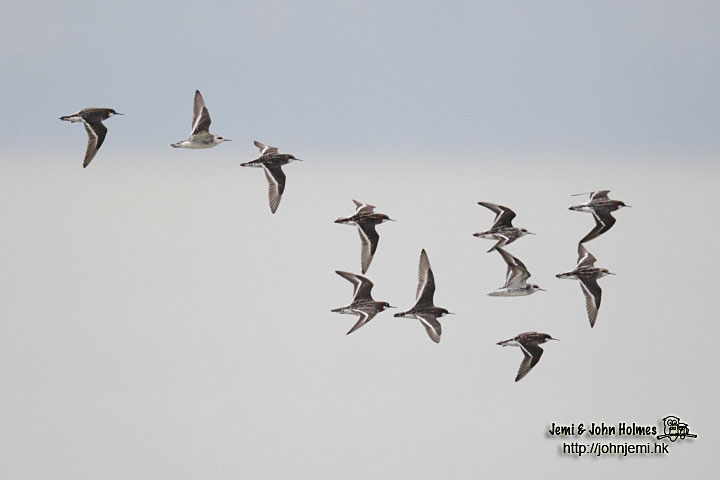 This afternoon numbers were back down to two, but they both showed well in front of the Twin Hides... 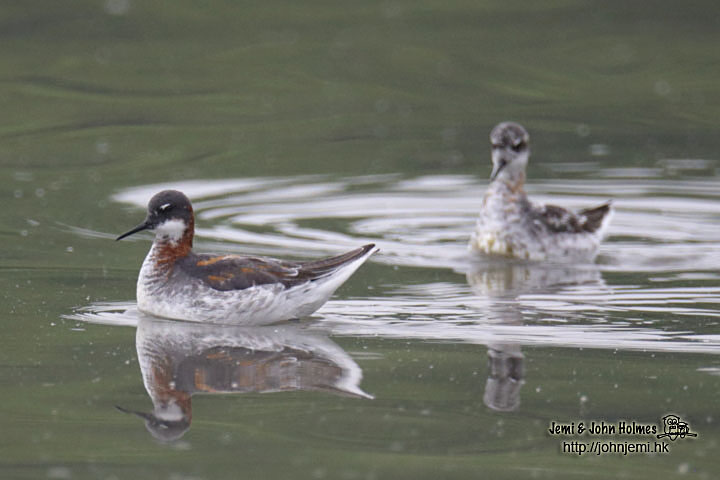 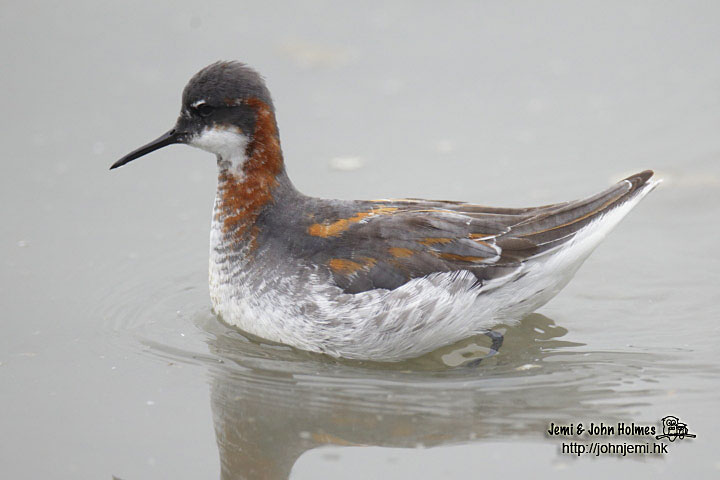 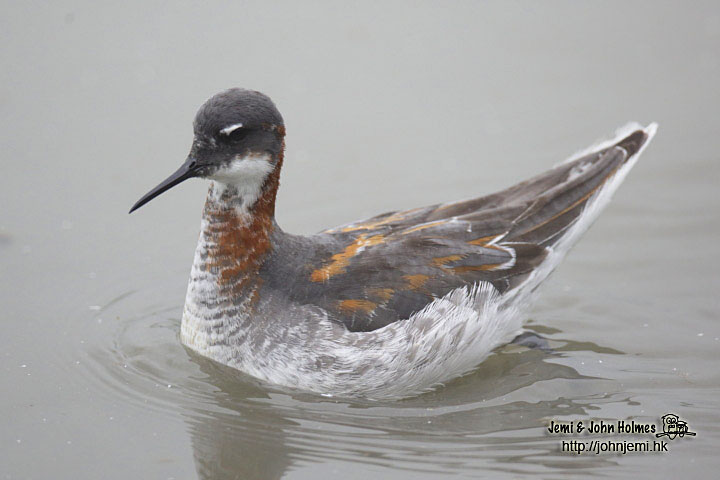