November in HK was known traditionally among expats as “Wrinkly Season” - the best weather of the year, when people’s aged relatives chose to make a pre-Christmas visit.

The birding was good too, with feathered winter visitors arriving in numbers.

Perhaps fewer expats and “wrinklies” now, and the climate seems milder than twenty years ago, but there are still many birds around in late November.


An outgoing tide at Mai Po on Friday 22nd drew us out to the boardwalk, bright and early.

In the clearest of light, we watched the Cormorants pouring out of Nam Sang Wai and out over Deep Bay.


....and the Wigeon came very close to the boardwalk hide.

The tides weren’t looking so promising on Saturday 23rd, so we just strolled to the scrape at Mai Po Nature Reserve, along the casuarinas.


A "Grebe Day" on Sunday 24th..we ventured forth after casting our votes (For candidates, not Grebes).

The biggest Grebe, Great Crested, was at an overgrown Fung Lok Wai, near Yuen Long.

Meanwhile the twice-a-decade* Black-necked Grebe near San Tin returned to the fishpond where it was originally found (by Geoff Carey) on Tuesday, 19th November.

Perhaps the same bird as originally seen (by Chris Campion) at San Tin on 7th October. Or  perhaps not - this blog doesn’t do certainties. 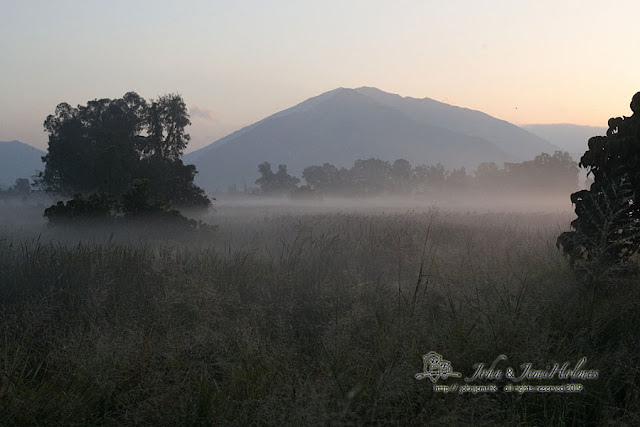 Normally I wouldn’t visit Nam Sang Wai on a Sunday, but these are not normal times.

My thinking was that the NT circular road might be congested on a weekday, so my NSW visit would be on a Sunday, or not at all.

I got there as the sun was breaking the horizon, and a picturesque mist hung over NSW’s reed beds. 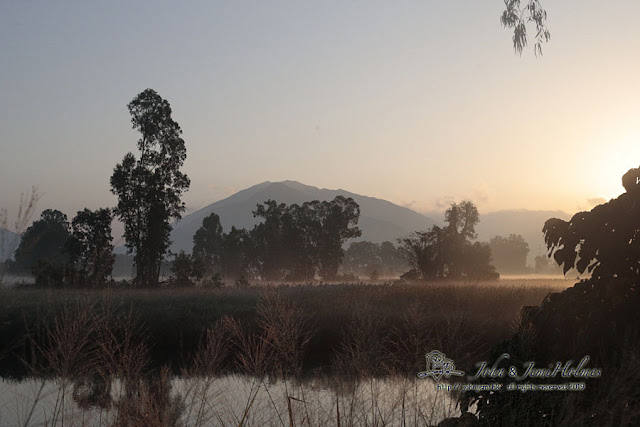 Well, it seemed that ducks and gulls hadn’t found their way to Nam Sang Wai yet this winter, but Collared Crows (Corvus torquatus) were active in the area. 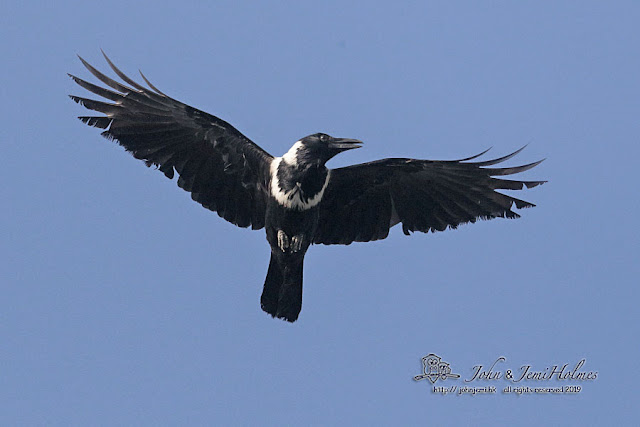 There were a few Black-faced Spoonbills (Platalea minor) around, one of which came close enough for a decent flight photo. 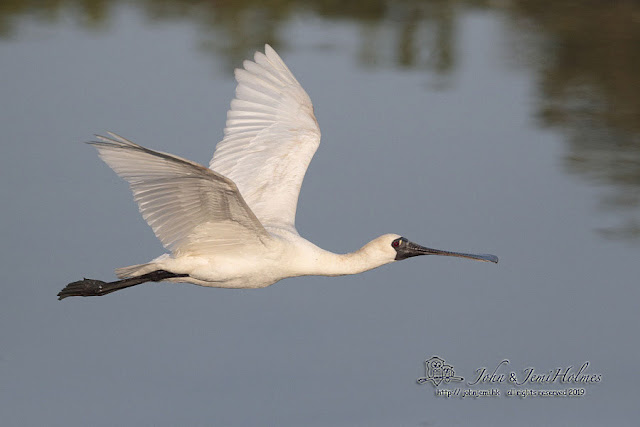 There was a spectacular fly-off of Great Cormorants at about 07:20.


Two identical videos !  When I work out how to get rid of one, I shall do so !

Bonus bird of the day was the Pied Kingfisher (Ceryle rudis) that hovered in the early morning sunshine. 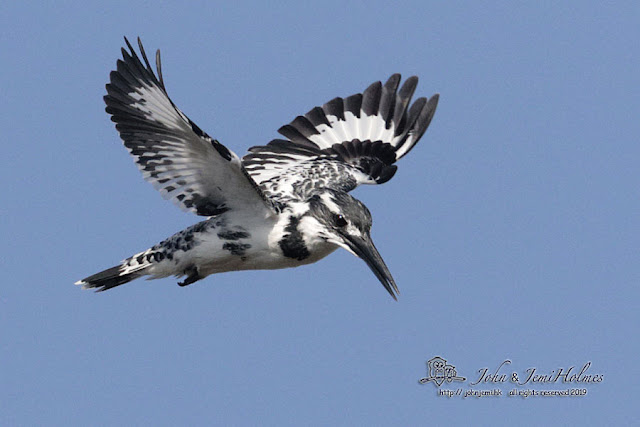 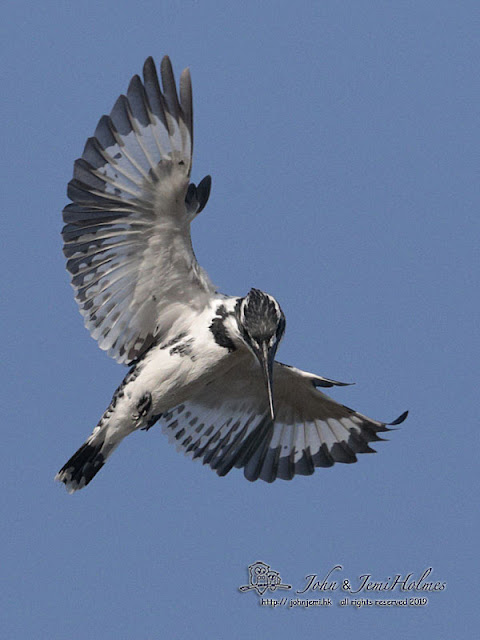 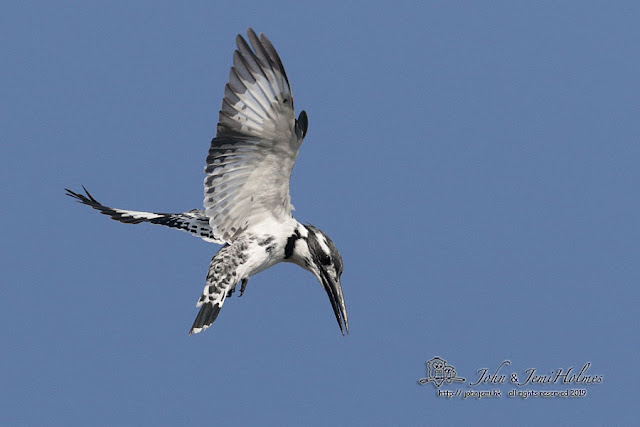 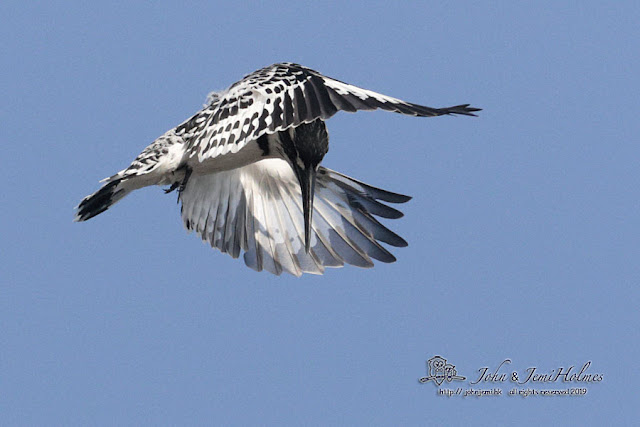 It dived into the water behind a stand of mangrove… 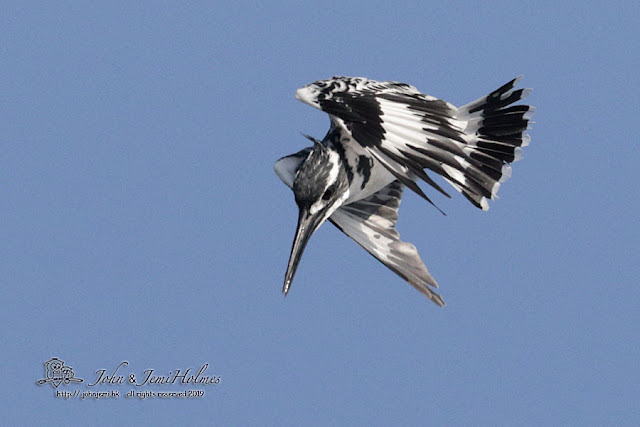 ...but came into view again with a fish in its’ clutches, which it subdued as it passed me. 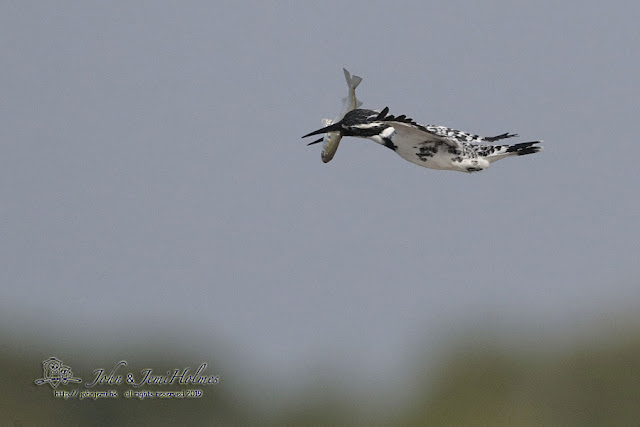 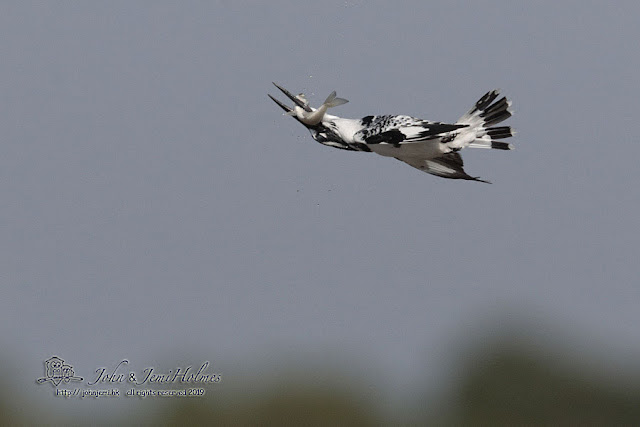 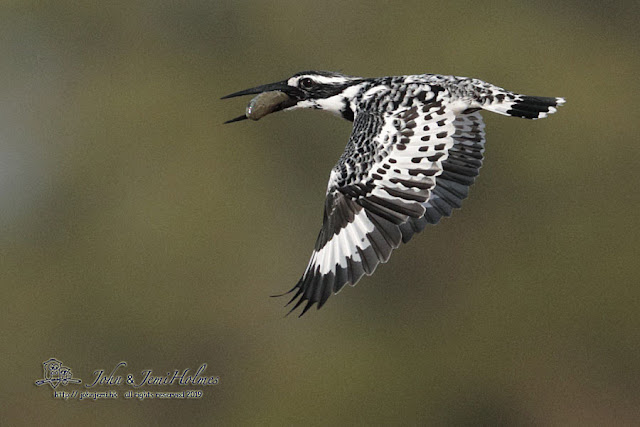 I’ll try Nam Sang Wai again in December, to see if the duck are appearing then.


A steady procession of admirers went to see it over the ensuing few days - but the bird seems to have been spending more time on Pond 8 at Mai Po recently.

And at the Mai Po boardwalk on November 9th..


It seemed inevitable that so many birds along the shoreline would attract a raptor of some sort. I had Eastern Marsh Harrier in mind, instead : -


..the Peregrine swept past once, not trying to catch anything, probably looking for weaker or sicker birds among the disturbed waders.

Earlier, (Nov 1st) I went to Tai Lam Country Park in an effort to see the Brown Wood Owls in the area. I hadn’t been birding that way for years, so was fortunate to bump into people who actually knew where the birds were.

It’s not WHAT you know,  it’s HOOO you know.