Amur Falcon is a bird that has only been known in Hong Kong for the past umpteen years.

It's possible that some were overlooked as Eurasian Hobby (Falco subbuteo) in the past.  They are autumn migrants, and they turn up in Hong Kong between leaving their breeding areas in northern China and Russia and their wintering grounds in southern Africa.

Don't take my word for it - Wikipedia has a lot on this species: https://en.wikipedia.org/wiki/Amur_falcon 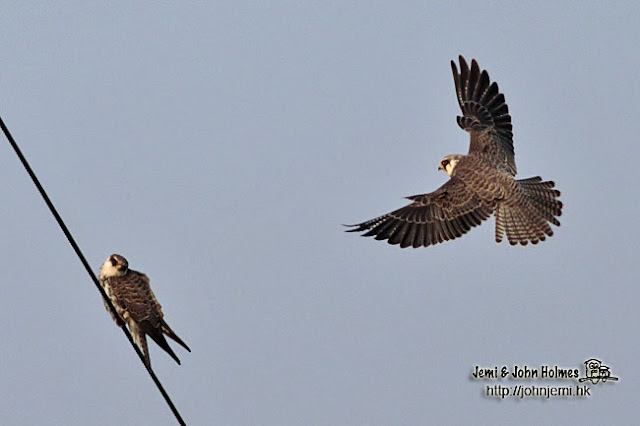 In Hong Kong on passage they will sit on wires over fishponds and bare hillsides, - similar to the sort of habitat they may have known where they bred perhaps... 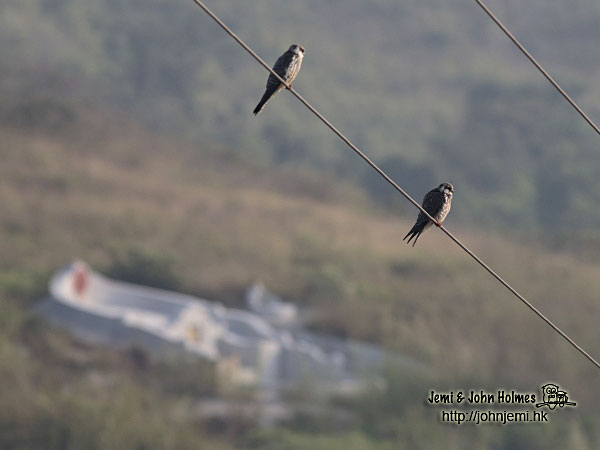 A couple of years ago, Amur Falcon was in the news recently for the wrong reasons, when it was revealed in 2013 that they were being trapped by the hundreds in the Indian State of Nagaland and sold for food. However, a big effort by Indian and overseas conservation groups seems to have turned this around by creating a festival for tourism and birders, as outlined here : http://www.easternmirrornagaland.com/the-story-of-amur-falcon-its-conservation-and-safe-passage/

Birdlife South Africa has been satellite-tracking Amur Falcons, too.  The progress of individuals can be monitored and posted on the internet within hours.

On leaving India, bound southwest, they'll fly across the Indian Ocean, feeding on migrating dragonflies over the sea. 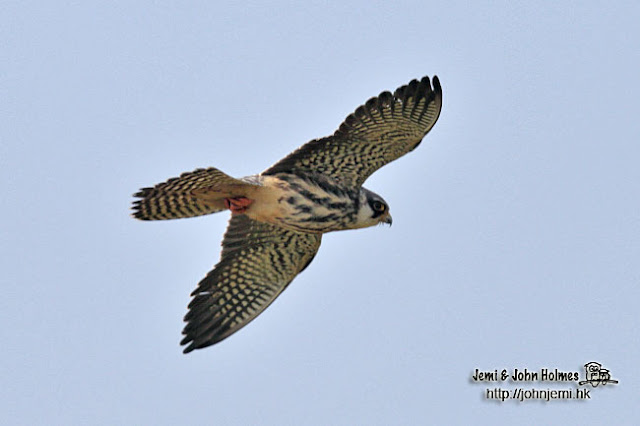 Very confiding for a small raptor, they can be a photographers' favourite....they are certainly one of mine, anyway. 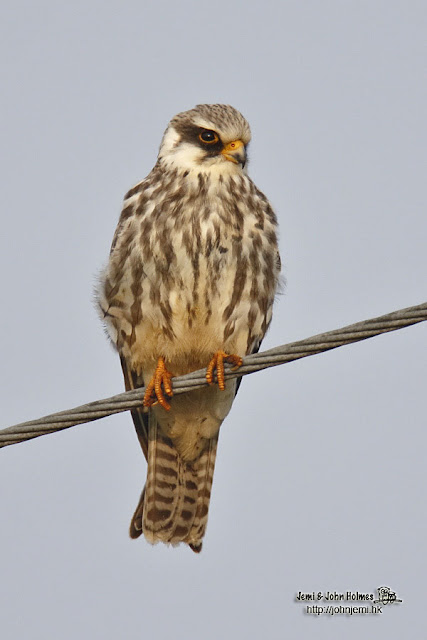 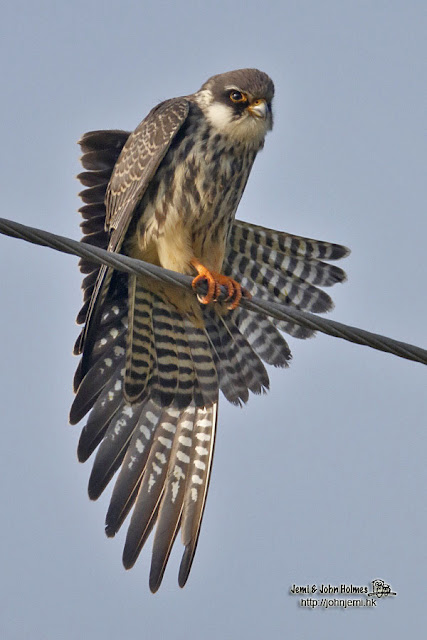 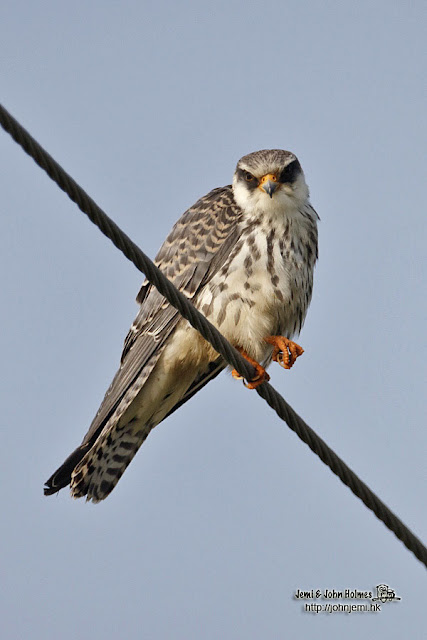 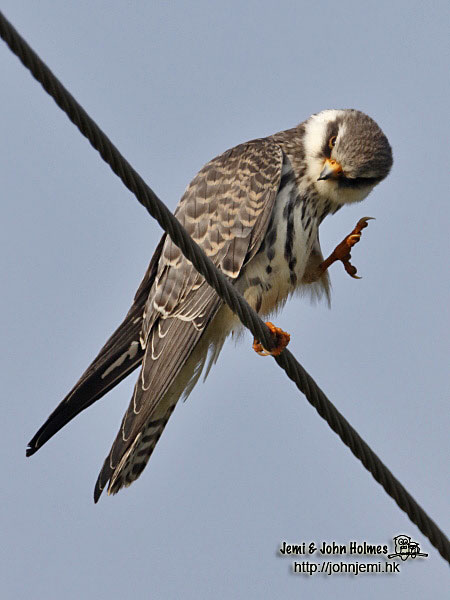 They can scratch their heads and wonder how they are going to get to where they need to be...but sooner or later they just need to "get on with it"... 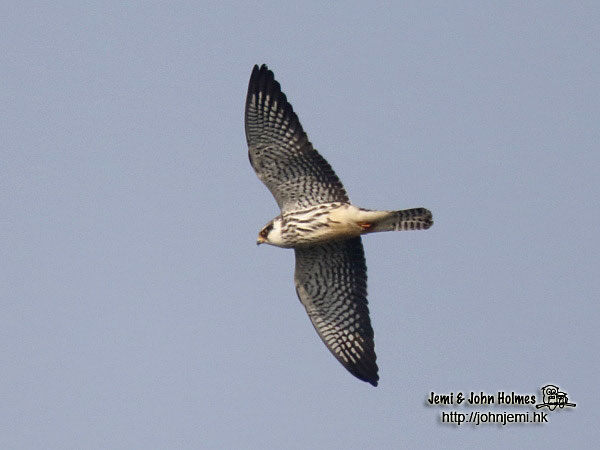 November ! - autumn passage migrants, with a few residents too

Red Turtle Dove is getting harder to find, generally, but on Oct 5th a few individuals pottered about a track in front of the car, giving decent views. Again, the effect of the typhoon.

As was this Black Drongo


Now, a sunny resident black-and-white interlude, before we return to full colour migrants....


The local bird-ringers have been busy. (Seen here outside the Ringers Hut in Mai Po Nature Reserve). Their bird of the morning when I took these photos was a Japanese-ringed Dusky Warbler - already released. 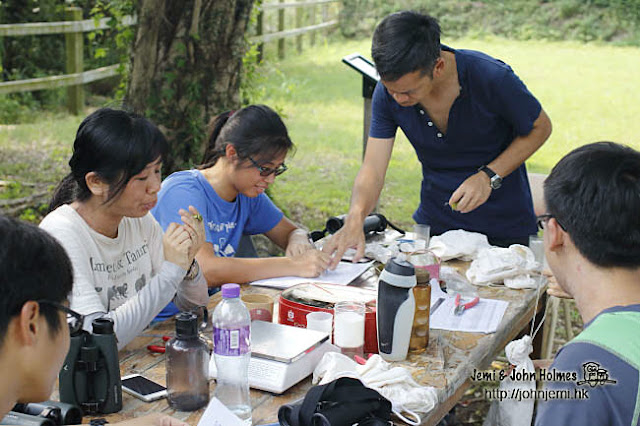 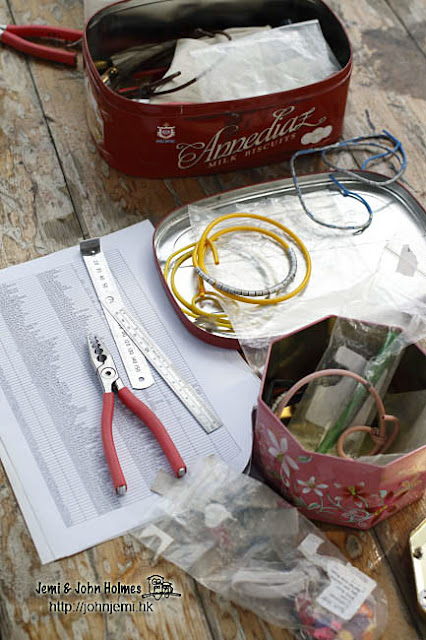 A good variety of migrant and resident birds is not to be sniffed at...


And finally, one of those sunrise-and-silhouette shots.... 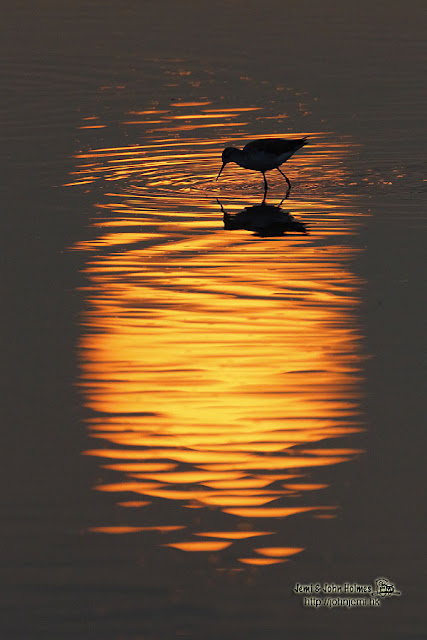