A hazy day, with pollution brought to HK by a northerly airstream from the much-vaunted “Greater Bay Area”.

Recent record high temperatures meant that I had worked up a good lather by the time I got to Hide 3 with the trusty 500mm f4 lens and clunky, old-fashioned Canon I D MK 2.  There were several other suitably-distanced photographers in the hide already.

I had encountered no flycatchers along Mai Po’s footpaths, but autumn bird migration was evident in the form of no fewer than four Purple Herons in the grasses in front of the hide. Here is just one of them.

Also present were two (Australian) Black Swans.  I normally would not post photos of “escaped” birds here, but they have probably come from the Huawei Campus in Shenzhen, just a few kilometres northwest of Mai Po. So they get included for reasons of topical interest.

Two Ospreys circled briefly, this was the closest.

Eastern Marsh Harriers have returned to the Deep Bay area for the winter. 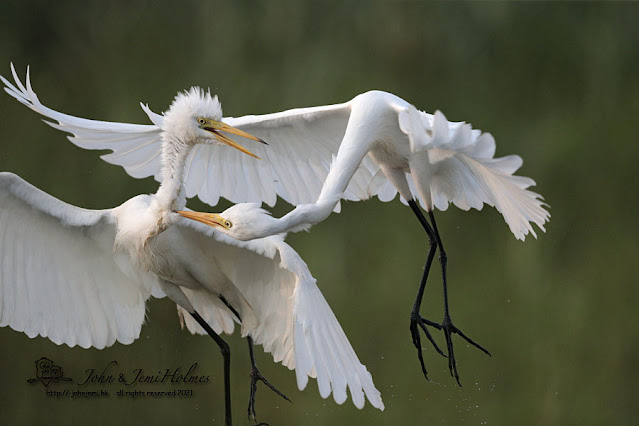 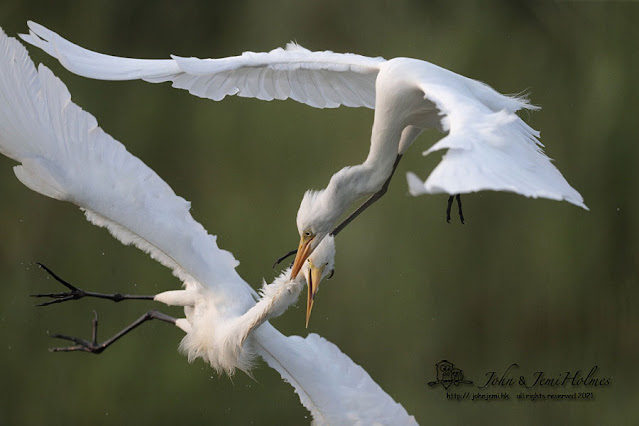 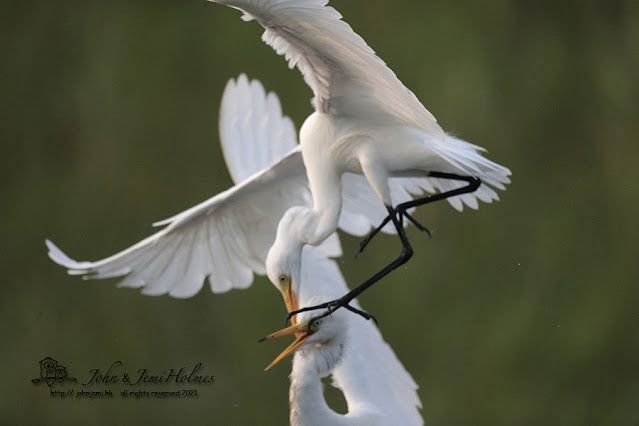 Definitely “no holds barred” for this species !

Autumn may be coming - but it seems summer wants to linger on.

We should learn to relax like Mai Po’s water buffalo, seen here enjoying a salad buffet on Pond 17a.

The little bit of success seabirding on 29th August proved encouraging.
So, on Sunday 12th September 2021 many of the seabirders from two weeks before turned out again at Aberdeen Public Pier at 07:00hrs for more of the same.
Hong Kong was wedged between two typhoons, and the air seemed hot and still.
This time there were no dolphins, nor any Storm-Petrels to be seen. There was a passage of terns going on, though, featuring mainly three species.
Greater Crested Terns (Thalasseus bergii) were dispersing southwards from their breeding grounds in Fujian/Zhejiang with a few juveniles present.


All morning we encountered both Common Terns (Sterna hirundo) and Aleutian Terns (Onychoprion aleuticus). In bright, hazy conditions, when in flight, they could be hard to separate. 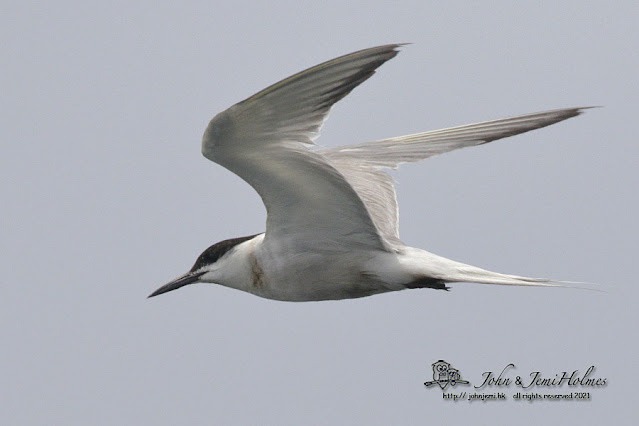 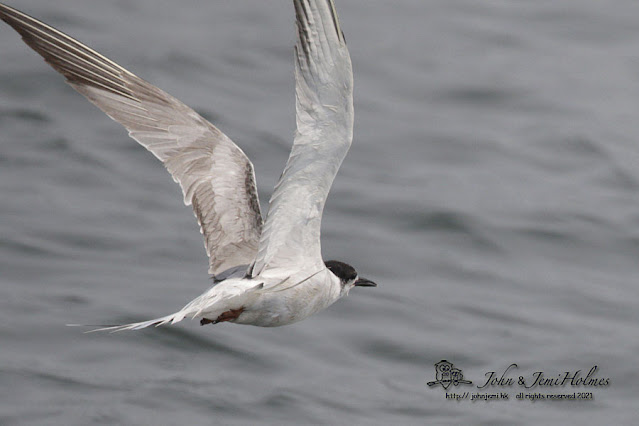 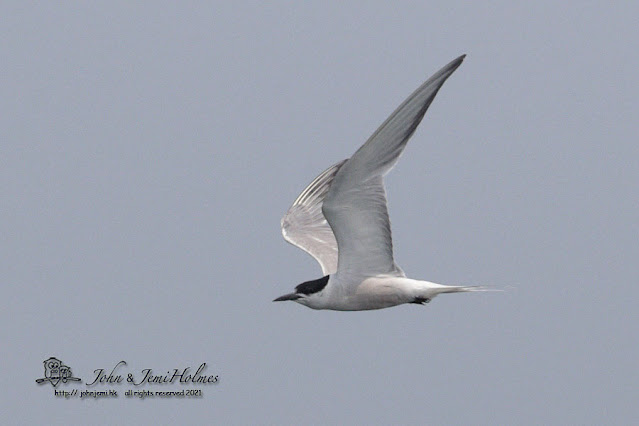 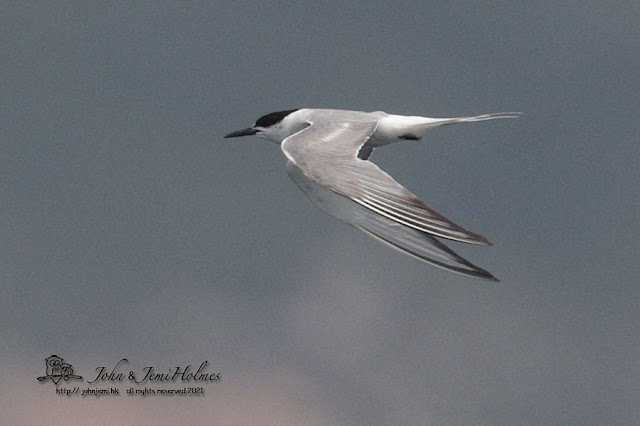 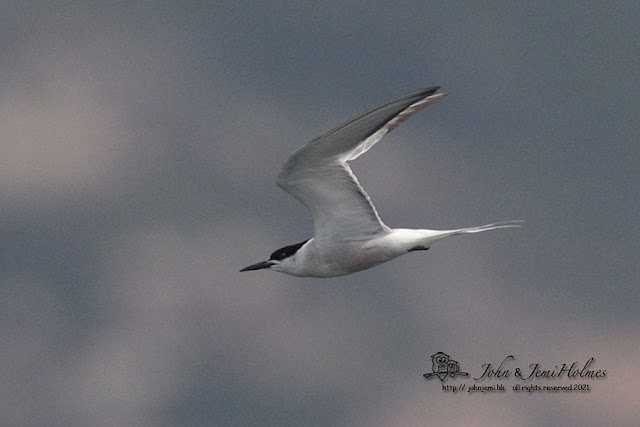 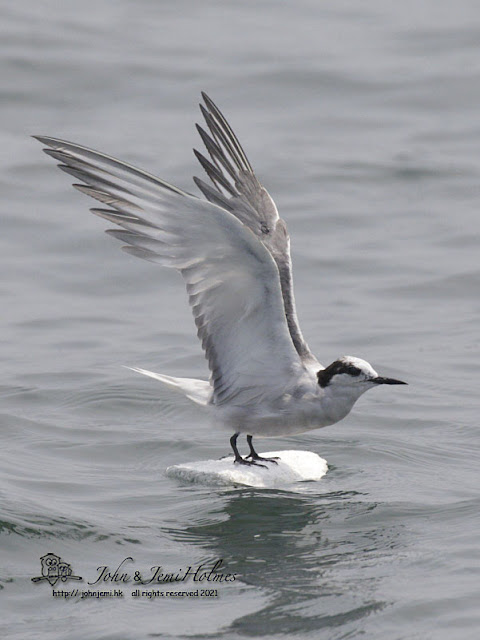 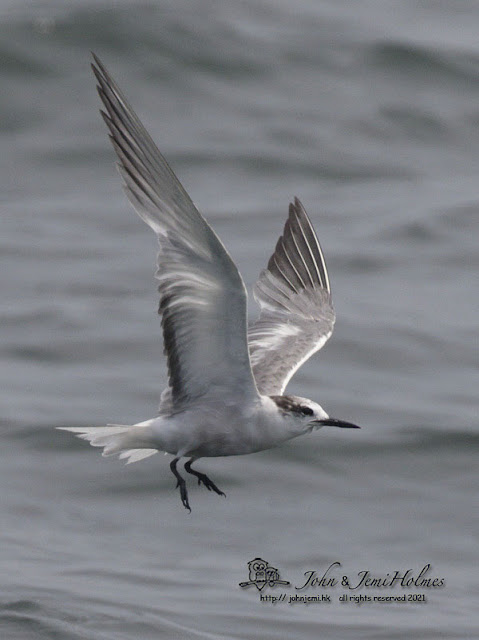 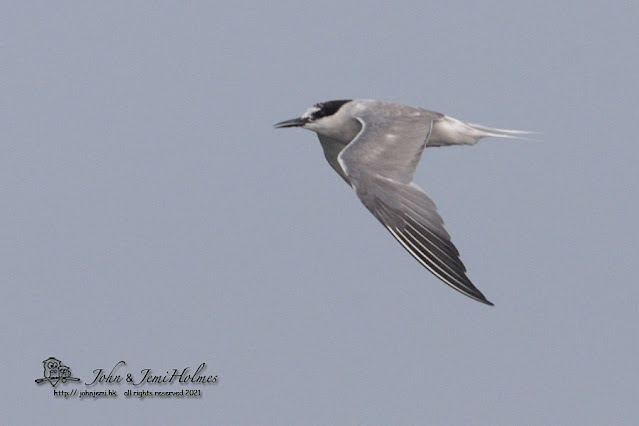 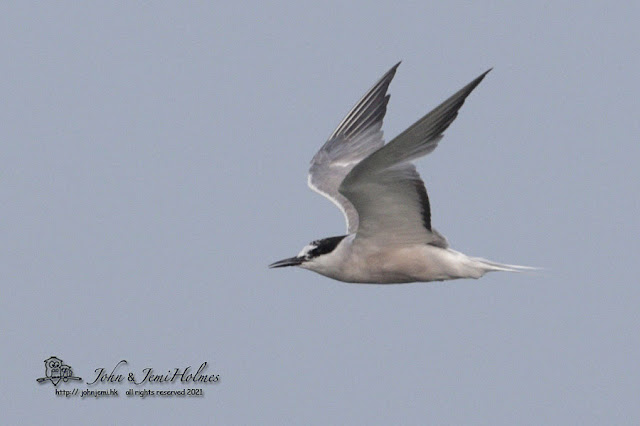 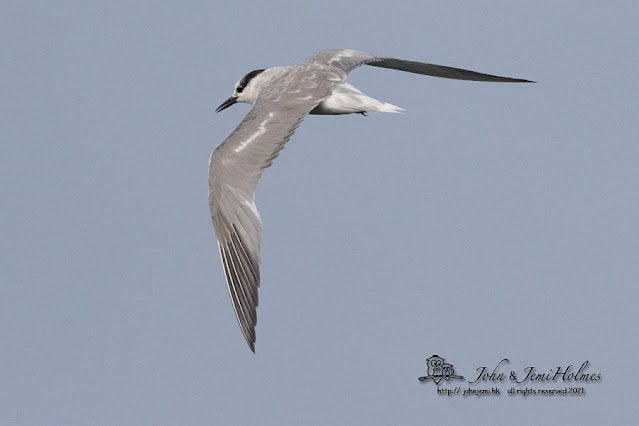 Some of these birds are going into winter plumage quicker than others.
Although over 300 individual terns were tallied during the seven-hour trip, not a single skua was spotted.
Finally, there were flocks of egrets moving generally southwest over the sea, clearly more “visible migration” was happening with land birds, too. 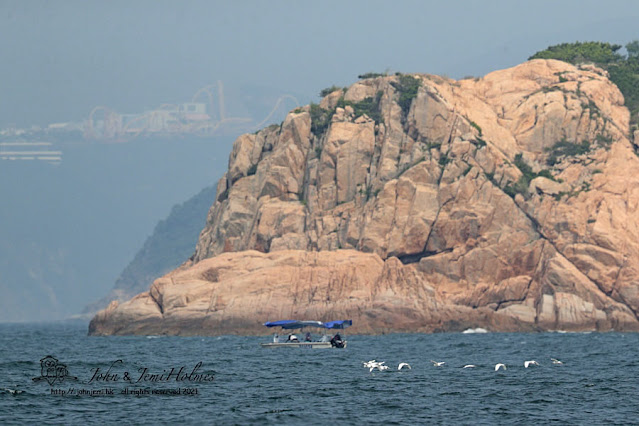