The park forms part of Gongga Shan, at 7,551m the 11th highest peak in the world ! But don't worry, the birds are much lower down !

The entrance to the park is at the top end of the main street of Moxi. Moxi itself can be reached by direct coach from Chengdu, or via Luding. Ya'an is the nearest city at the edge of the Sichuan basin.

There was, fortunately, very little damage to the area during the May 12 2008 earthquake. We were actually on board a coach at Hailuogou during the fateful moments and didn't notice anything wrong at the time.

The road was being widened in May 2008, it has been "improving" for some time, apparently. 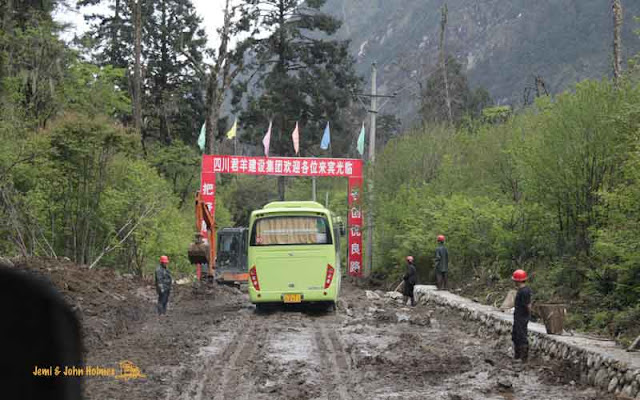 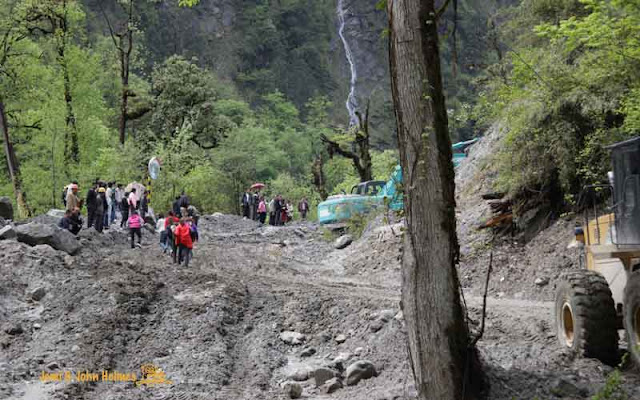 A fleet of coaches (RMB 110 return) runs the punters the twenty-something km to the cable car station. You can stay up the mountain for up to four nights, but most people see the sights as a day trip and stay in Moxi Town itself, hence the two hotels near the top end of the road (formerly Camp 3) have become rather run down.

Near the end of the road you will pass these two hotels, the "Silver Summit Guest House" (pictured below- where we stayed) and the "Golden Summit Guest House". STAY AT EITHER OF THESE, you can bird the woods in peace until the first coaches arrive, some time after 09:00. Booking in Moxi can be done at the third shop from the right, opposite the coach/park entrance ticket office. 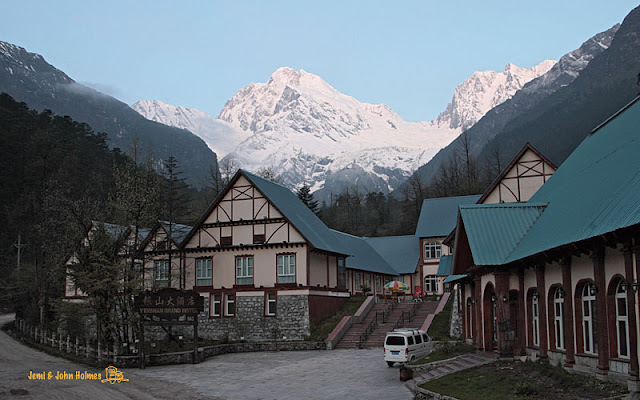 At the cable car bus terminal, the cable car entrance is downhill. OPPOSITE, uphill, between some souvenir stalls is the old path to the lower glacier lookout. You climb from 3,000m to about 3,200m, along a stone footpath with several boardwalks. This is the best birding habitat, and where we saw Gould's shortwing, Brown Parrotbill, Fulvous Parrotbill, Scaly-breasted Wren Babbler and Three-toed Woodpecker, to name but five.

And if you get the cable car to the top, this is what you'll see. But the birding just didn't seem very good around the upper cable car terminal. 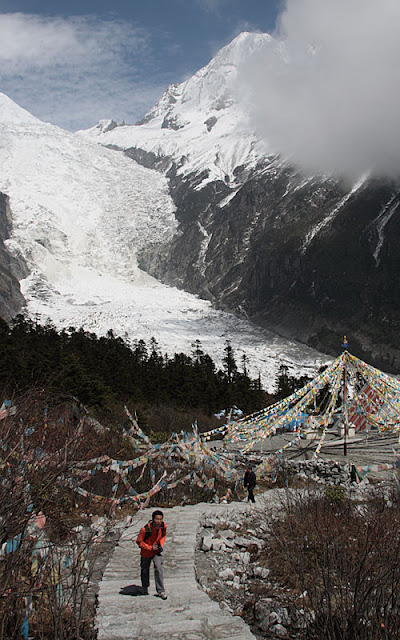 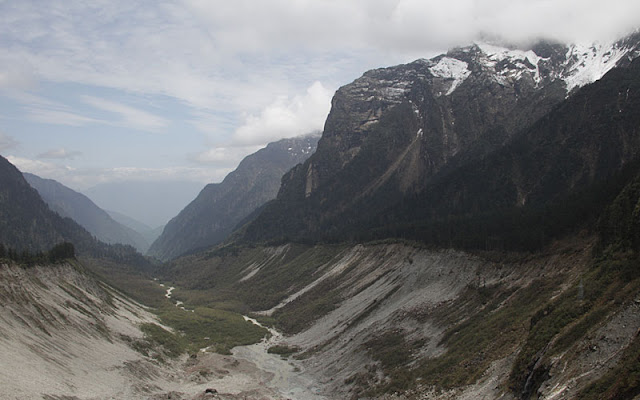 A "Glacial trough", I think.

Other birds; - downhill from our hotel I had Fire-capped Tit, White-backed woodpecker, Golden Bush Robin, Dark-breasted Rosefinch, and The Warbler Formerly Known As Golden Spectacled...
Posted by John Holmes at August 24, 2008 No comments:

Well, this blog "does what it says on the Tin" ("Header" actually)
So here are a couple of pics taken in China on our May visit... 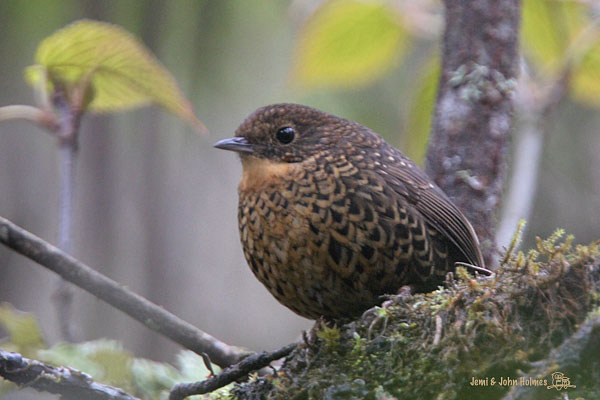 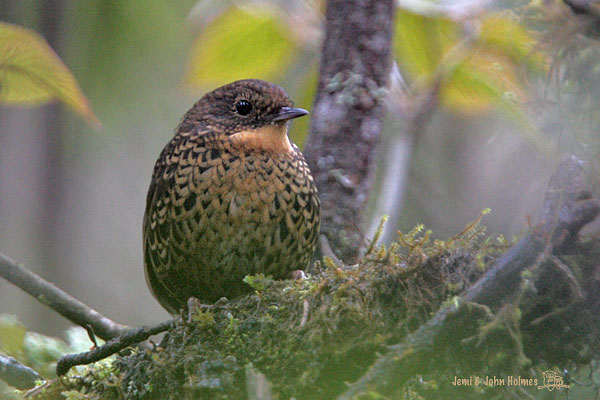 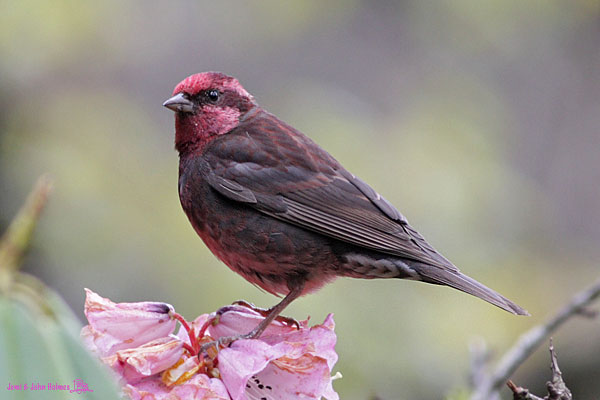