In the water there were Common Bottlenose Dolphins and just above the surface, a few Band-rumped Storm-Petrels.

Ascension, seven degrees south of the equator, is basically the tip of a large volcano, now with 88 square kilometres above the sea and a human population of around 800 souls.  Unlike Tristan or St. Helena there are no actual local islanders, everyone seems to be there for work, which includes a large air base, and satellite monitoring facilities for for various space agencies. 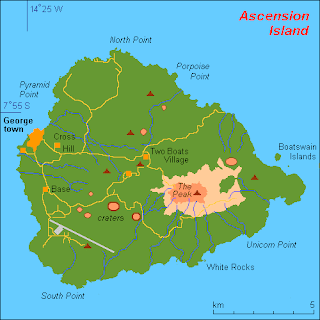 The capital is Georgetown, a patchwork of some historical buildings divided by cinder tracks.

Our first activity involved travelling in a convoy to the Sooty Tern colony at Mars Bay. We were guided by staff from the Ascension Island Conservation Department.  I think we kept ALL of them busy while we there. 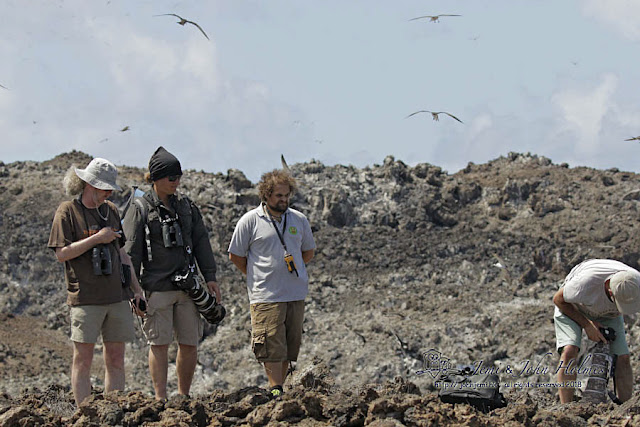 It was sobering to think that the Tern Colony is now endangered, due to an increase in rats since the cats were eliminated in 2006.


Then on to Green Mountain, the highest point of the island, where an afforestation programme begun in the 1840s (involving Charles Darwin and Sir Joseph Hooker, no less) has produced some big trees and a rain-catching microclimate. 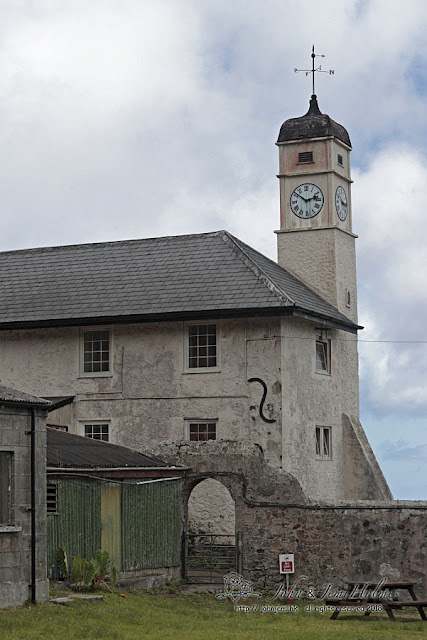 A researcher told us about the rare ferns and other plants found and propagated with the help of Kew Gardens (London). 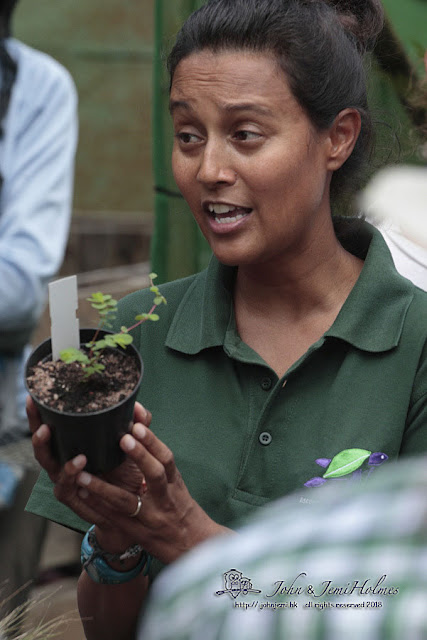 We enjoyed a stroll around the mountain, with fine views of the island in every direction.


We passed an odd monument, half of an old-fashioned rowing boat and were told that it was the practice for local winners of sports trophies to display them there, at the road junction; - like this.... 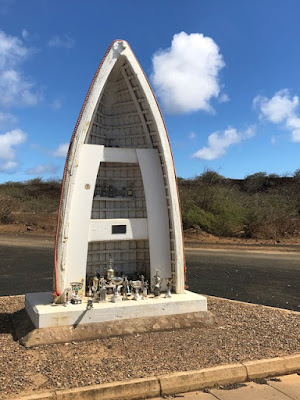 In the afternoon the island’s modest museum was opened for us and we  also walked around the old battlements overlooking Georgetown. 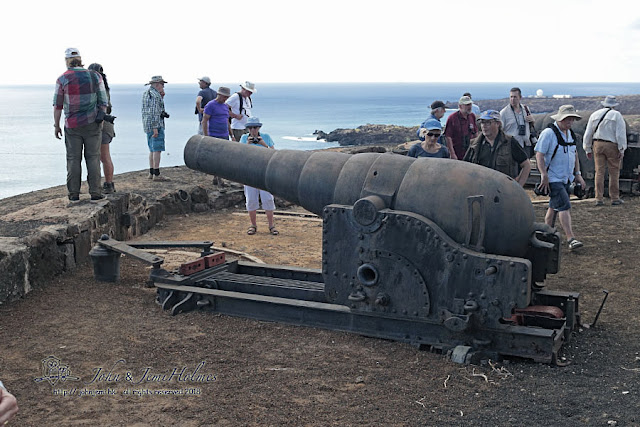 There were photogenic waves at the beach… 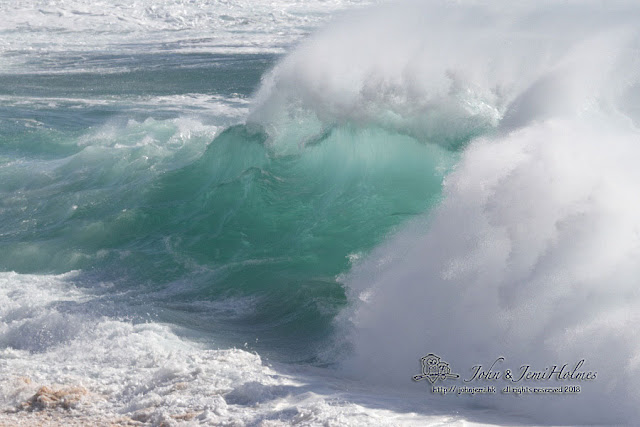 In the evening we came ashore, and the expedition team did a grand job getting everyone off the zodiacs at the pier steps.  A nocturnal beach stroll to look at laying Green Turtles was a bit frustrating, with egg-laying going on in the dark, obviously. 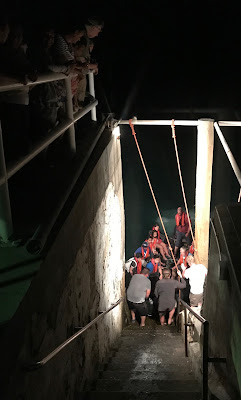 We returned before 05:00 (more exertions for the Expedition Team to haul us all ashore on the pier steps) and we gathered as discreetly as possible - supervised by Conservation Department staff - as the turtles came out of their egg-laying pits and headed back toward the ocean.  It was a great spot to be when the sun came up. 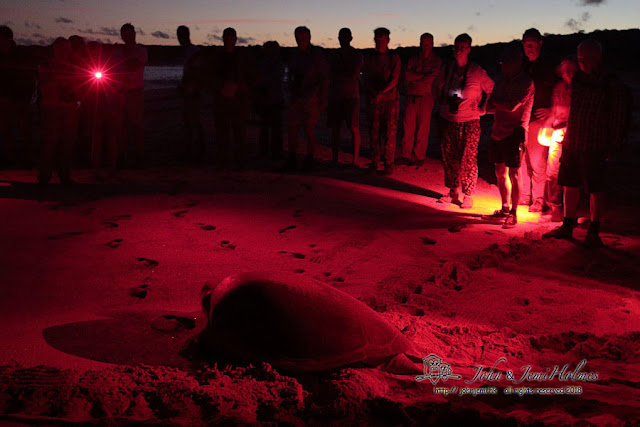 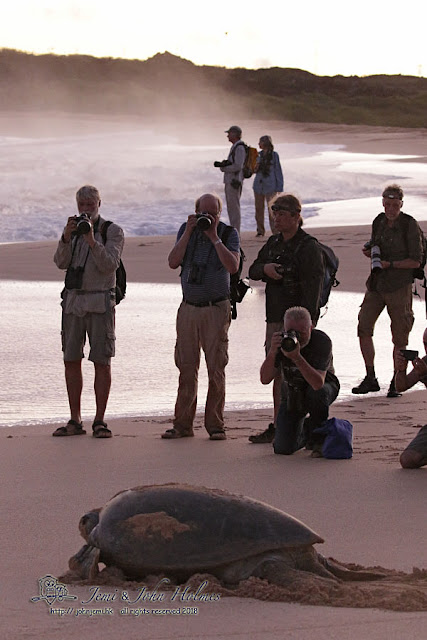 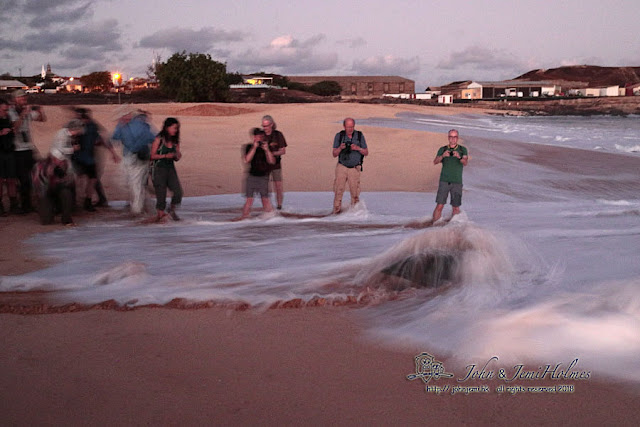 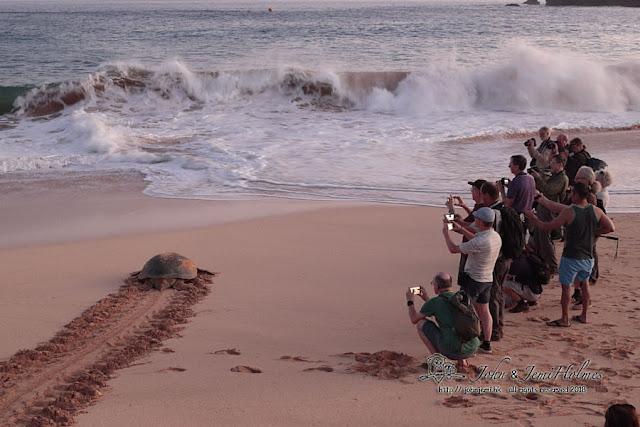 Ascension was every bit as other-worldly as St Helena and Tristan.  The RAF is not currently flying from Ascension, it was said that the runway needed repair. No-one seemed to know when or if flights would be resumed. The US Air Force has a large presence at the airfield, but there are no commercial flights from the States either. The island’s only hotel, the Obsidian, is closed. Airlink, a South African Airline, have monthly flights from Ascension to St Helena as an extension of their weekly Johannesburg to St Helena service.

We departed via Boatswain Bird Island, and got another chance to brush up our Frigatebird (and other seabird) portfolios. 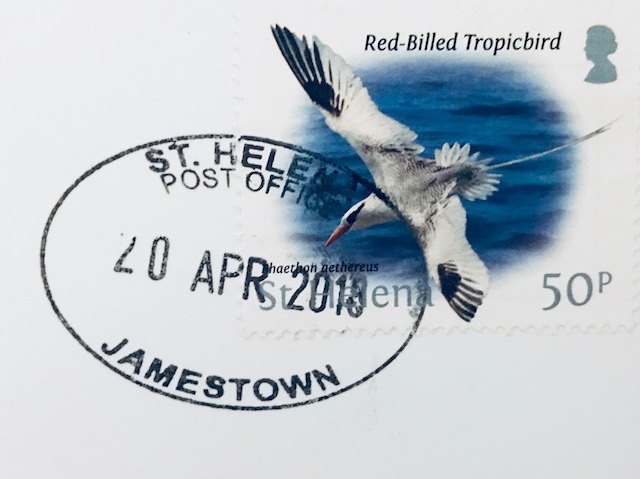 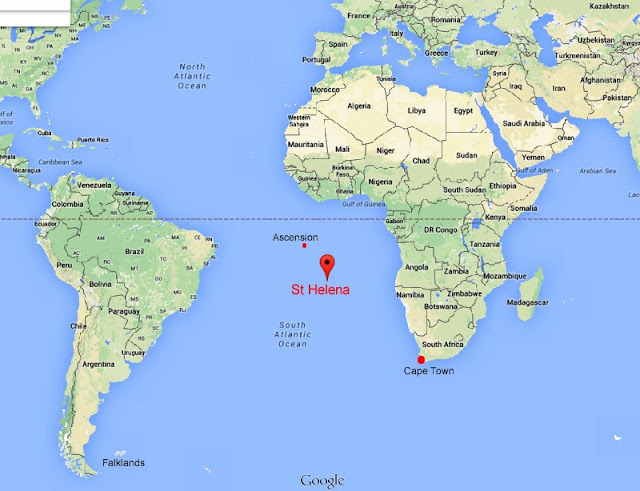 We arrived off Jamestown, capital of St Helena on April 17th. We had been briefed beforehand about things-to-do on the island.

White Terns breed in the big trees along the seafront, and on platforms put up for them where their nest cavities have been covered with anti-landslide mesh.

We had seen Band-rumped Storm-Petrels from the back of the Plancius, and a tour we paid to do twice was a standard boat trip (on "Gannet III") to go to Speery Island at the south of St Helena. There are breeding seabirds at Speery and on the cliffs and rocks along the way.  However, the weather was wet and windy and the trips weren’t very successful. The boat really just chugs out to the Island and back. Some days you might get lucky with birds and/or cetaceans...some days not.

However, a boat charter solely for the purpose of viewing Storm-Petrels had been arranged, and we were lucky enough to join in. Here is the boat, the "Sea Horse", photographed on a day they were doing a fishing charter.

Here is a shot taken on the day we boarded..Plancius in the background. 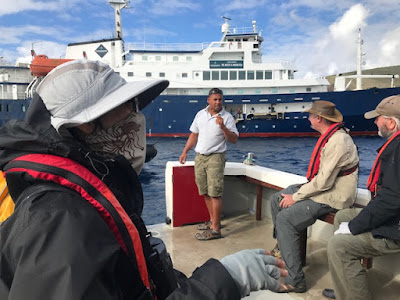 Even though it was mid-afternoon by the time we got there, a few kilometres west of Jamestown, we found Band-rumped Storm-Petrels near some rock stacks.

A small boat like "Sea Horse" was a great platform for photography.

And on the island itself...

There is no actual dock at Jamestown so ship-borne visitors and cargo have to get to the quayside in small boats. "Tendered ashore" appears to be the technical term. 'Plancius' was well-equipped for that and the weather was calm.


The Islands' official tourist website mentions “100 % quaintness” for Jamestown, and there certainly is an other-worldly feel to the town, set in a deep, rocky valley.  St. Helena may have been under British Rule since 1659, but there are no UK high street chain stores blighting Jamestown’s main thoroughfare.

A popular local feature is the 699-step staircase "Jacob's Ladder".


Longwood House, in the hills above the town, is a “must-see” due its' most famous ex-resident, Napoleon.  Photography is forbidden inside the building, but much of the material gathered for the museum is not original, the house having fallen into disrepair after Napoleon's demise and the departure of his retinue.

On the way up or down from town to Longwood House Napoleon’s grave can be visited - but his remains were removed by the French about 20 years after he died. Napoleon is now in a grand tomb at Les Invalides, Paris.


St Helena used to have several endemic birds, but human activity on the island has wiped them all out, except for St Helena Plover - the “Wirebird”. Luckily for the plover, it has benefitted from some conservation attention and appears in several places in the high interior of the island, including here on the golf course on Longwood Plain.

The present governor's residence is Plantation House.  The Governor here is also Governor of the islands of Ascension and Tristan Da Cunha.

Among the four Seychelles tortoises in the grounds of Plantation House is Jonathan, estimated to be more than 180 years old. Jonathan appears on the St Helena 10cents coin, too.


Meanwhile, back in the harbour, a Whale Shark spent most of the day around the Plancius to the delight of people on board.

"Hi, we're from Hong Kong and we want to talk about your number plate..."

St Helena now has an airport, and a few fellow passengers left the cruise here, with the intent to fly to Johannesburg (South Africa) and then homewards.  St Helena's airport has had some poor publicity, but the flights had been reliable over the previous few months. Unfortunately the ex-Plancius flyers had their flight delayed from Saturday to, I think, Tuesday.

But the rest of us did not hear about this until later, when we were at sea again heading north towards Ascension Island.