I had a couple of mornings (24th and 25th April) at the Mai Po boardwalk hides, and here's a selection of what I saw.

In one or two photos the sun almost came out, but the others I have designated as "atmospheric", as I'm sure all the true artistes reading this blog will appreciate.

I cycled out for a couple of hours in the boardwalk hides at Mai Po.  The tides were pretty low, but I wanted to see whether there were many birds on the moss in front of the outermost hides.

The answer, obviously, is "Yes" - but the birds were distant.  The first three comprise the pick of the bunch...

A nice grey day for a trip to Po Toi Island 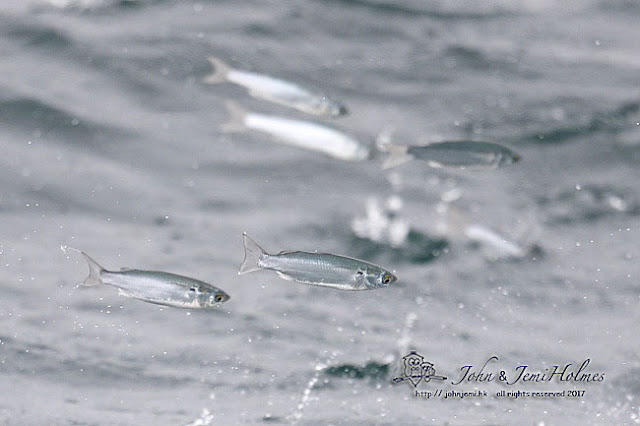 Po Toi is a flycatcher magnet....


Comparing pretty well with April 13th on Po Toi, which was also a "two flycatcher" day.....


Back at Aberdeen Promenade, a migrant Blue Rock Thrush greeted us from one of the parked (Sorry "moored") boats.

Back in the New Territories, a bash around San Tin Fishponds turned up a very nice male Yellow-breasted Bunting.  They have been upgraded to Endangered and are difficult to find these days...well, I find them difficult, anyway.

And, - always a morale raiser on a grey day - a group of exactly TEN Blue-tailed Bee-eaters nearby.

The Gull-billed Tern (Gelochelidon nilotica) is a spring passage migrant, with sometimes flocks of several hundred in Hong Kong in spring. 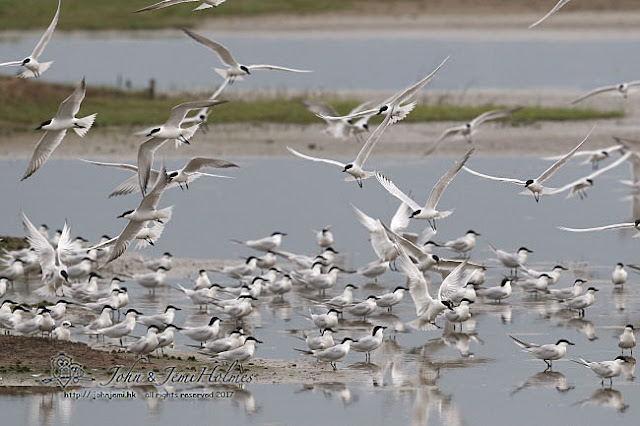 When viewing noisy and quarrelsome flocks like this, it's easy to forget what a bold and elegant hunter of mudflat crabs it can be.... 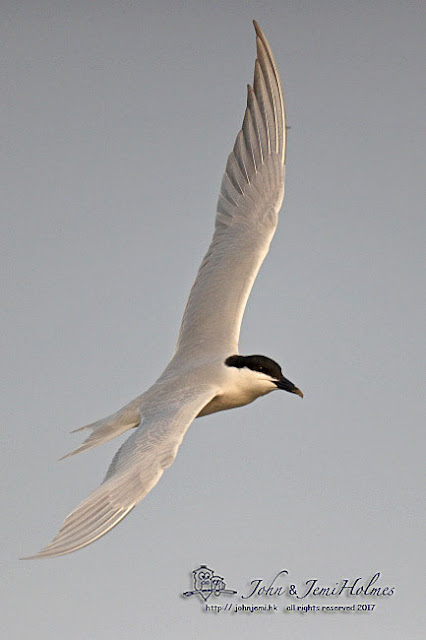 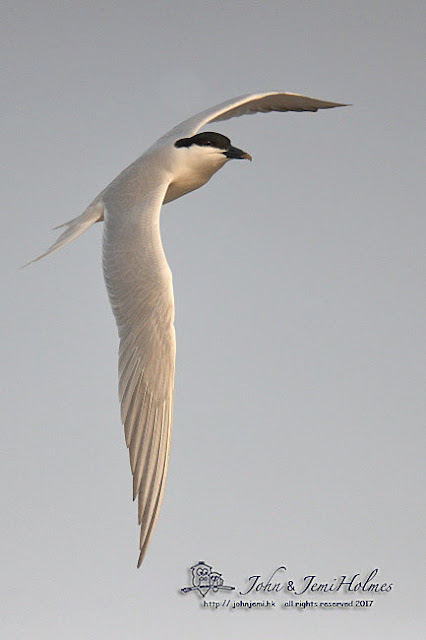 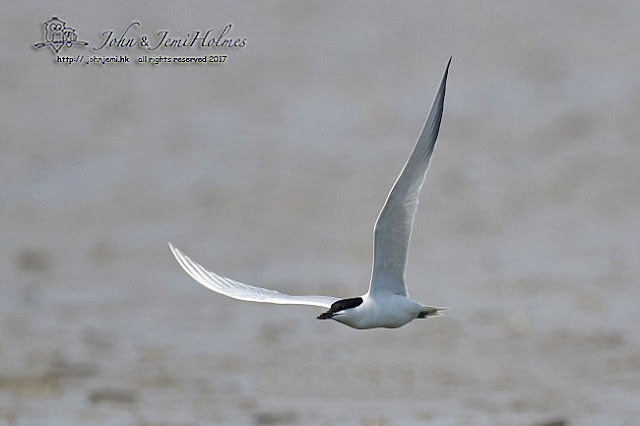 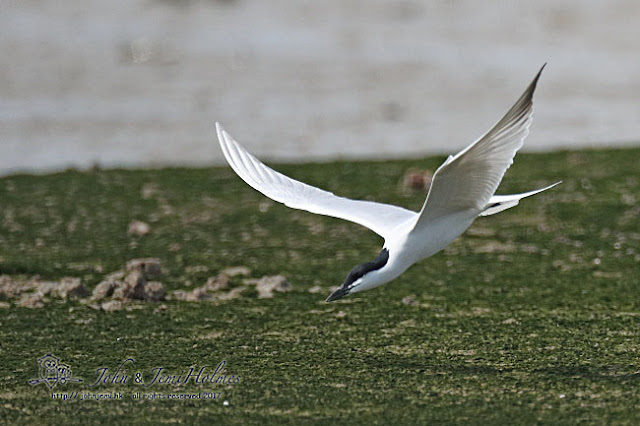 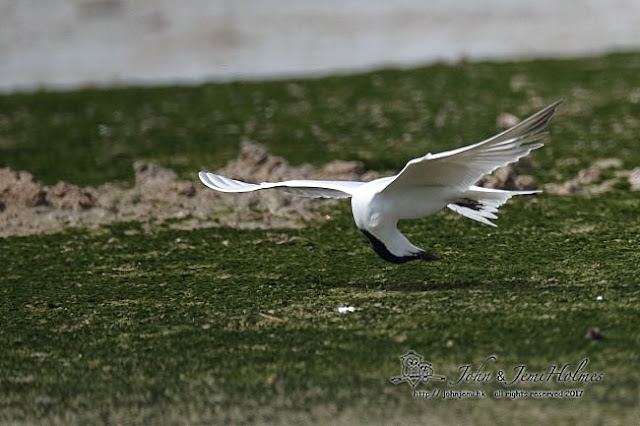 All these photos were taken in April 2017 at Mai Po Nature Reserve, Hong Kong.

These spring boat trips usually stop over for a hour or two on Po Toi Island itself, where there can be some migrant landbirds.

Two examples here: the Ashy Minvet  is a regular bird of passage on Po Toi,

But the status of HK’s first Maroon Oriole, found on March 30 and snapped by me on Saturday April 1st

- will require the deliberations of the records committee as to genuine vagrant/“escape” status.

HKBWS had such an outing (Po Toi and Southern Waters) on April 9th, but we dithered about going and it got fully-booked.  Fortunately, TONG Mengxiu had boat trips on 8th and 9th April, and we were able to join these trips on both days.

Thanks to Carrie MA for the local arrangements.

So, a full “Double Header” of sea-birding - Saturday was quite quiet but on Sunday, we  started well with a two-hundred plus flock of migrant Chinese Bulbuls, a sign that migrant birds were around.

A steady trickle of Red-necked Phalarope on the water was also a good sign. (Yes, I know Phalarope are waders...)


By late morning, we had hit the skua jackpot, recording all three HK Skuas (Arctic, Long-tailed and Pomarine).
Readers who prefer “Jaeger” can look away now. Some Long-tailed Skuas...

Actually a lot of seabird IDs were confirmed using camera images… Was that really an Arctic Skua out there….(I chimp my photos) “Yes, it was…"

All the Skuas are out there to prey on migrating terns, but we didn't see terns well on the day.  Here is the Hong Kong Bird Watching Society boat, ready for some seabird action.... 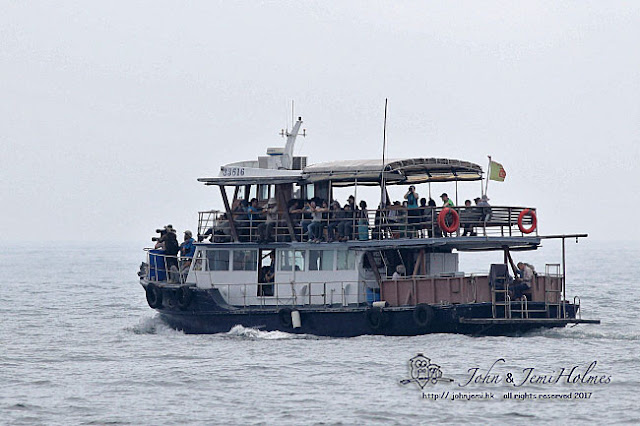 Here, prior to a distant take-off, are both Great Crested Terns and Eastern Common Terns sitting on floating jetsam south of Po Toi Island. 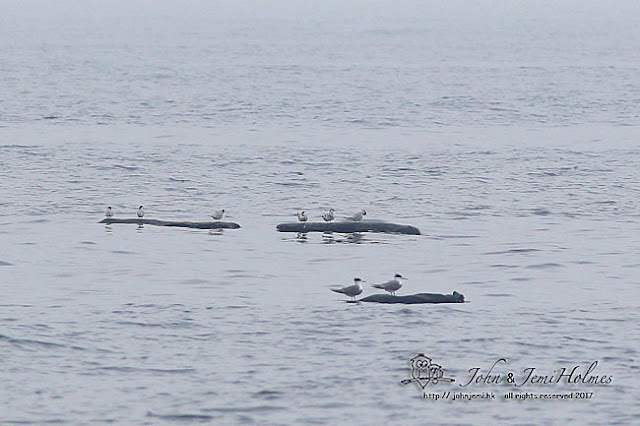 A few shots from the boat that I hope convey some of the atmosphere of the trips.  Even seabirding does not escape the presence of man near HK, with many cargo vessels at anchor between Po Toi and the Dangan Islands.These are mostly Pomarine Skuas in the top shot, with mainly Long-tailed Skuas below. 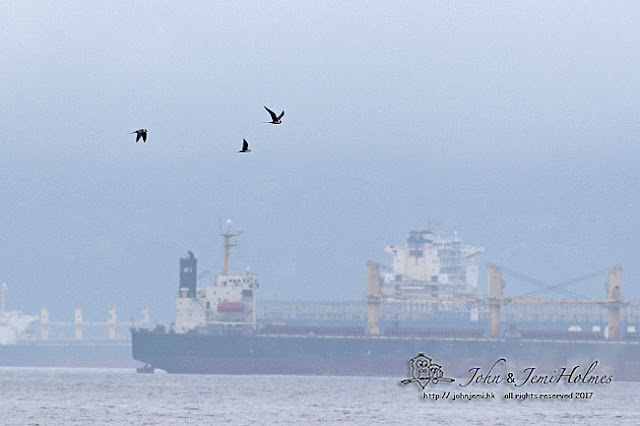 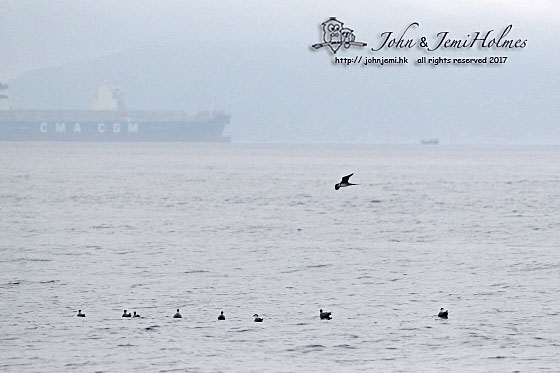 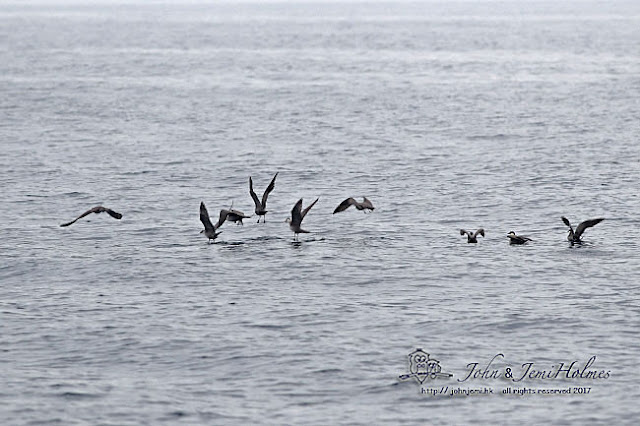 The trip ended at Shaukeiwan, Lion Rock is visible in this shot from Hong Kong Harbour’s south-eastern approaches. 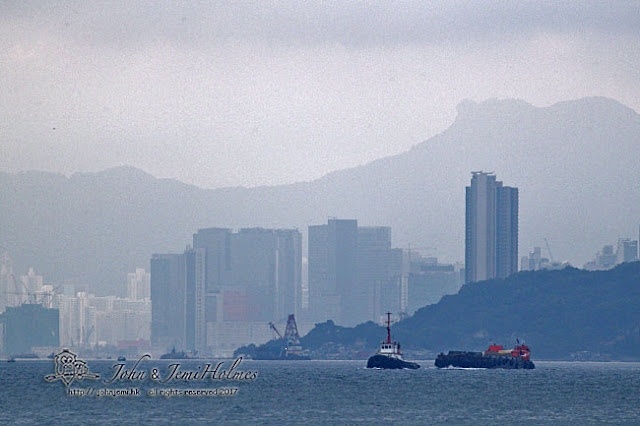