We're leaving today for three weeks in sunny Sichuan; well beyond the realms of bl*gger 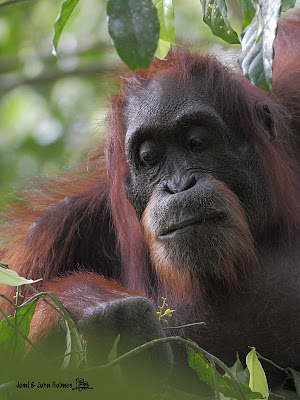 Regular postings will be resumed in August.

Although this species occurs in small numbers in winter and as a passage migrant, it is easiest to see as a breeding species in the summertime in Hong Kong. 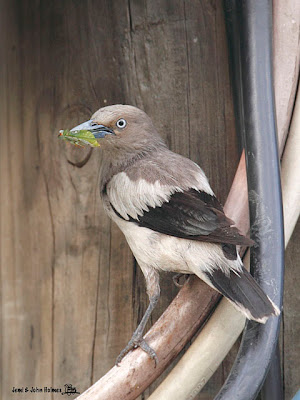 "This beautiful little starling arrives in the Colony towards the end of March and leaves in mid-September or shortly afterwards… It feeds for the most part on insects collected in the treetops.. As a rule it nests in crevices in buildings but occasionally in holes in trees."

Herklots was interned during the Japanese Occupation of Hong Kong (1941-45)and added: -

"Every spring during our enforced stay at Stanley we welcomed the return of these starlings; they nested in holes in the outer walls of the prison." 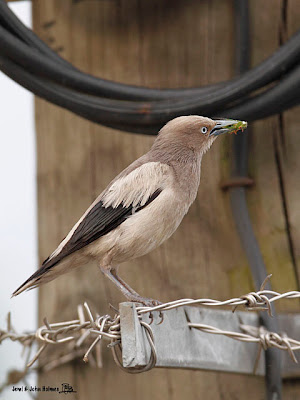 
In New Territories villages White-shouldered starlings still nest in crevices of old buildings, but they also make use of power cable switchboxes in the fishpond areas around Deep Bay.
Posted by John Holmes at July 13, 2010 4 comments:

But not yet for this juvenile Bonelli's Eagle, photographed with an adult from our rooftop this morning.... 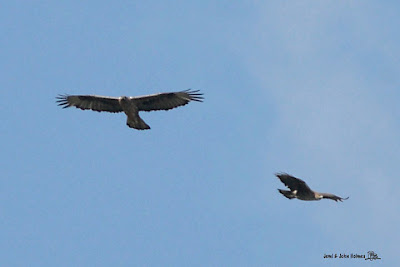 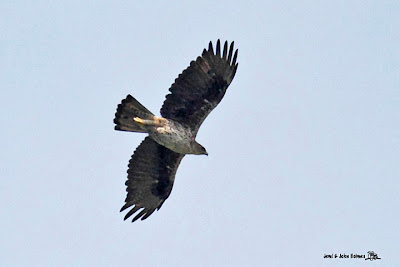 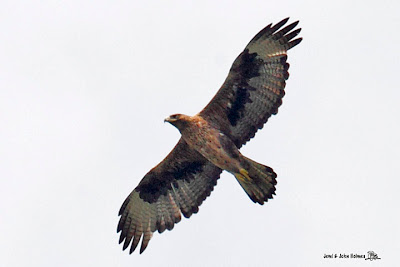