I'm grateful to Thomas Chan for spotting this Burmese Python on the southern boundary of Mai Po Nature Reserve.  Snakes are usually more frightened of people than we are of them, but still....that's a lot of fear to go round !

Because the adult Siberian Crane was still showing at Mai Po. Reports have been less frequent recently, perhaps because the crane isn't "news" any more.  Just when I feared it had left us, there's a report from Mai Po this afternoon (Dec 26th).


The bird has been going over to Nam Sang Wai now and then, and lurking unseen in the middle of that area.


Despite the occasional presence of cranes Nam Sang Wai is "not as good as it used to be", they say.

We were away for a big chunk of last winter, but I'd have to concede that there are far fewer duck around the slipway at NSW than there were a few years ago.

Still just one or two fly-bys in good morning light can raise morale.

Reflected blue morning light light as a background for a Grey Heron can make it seem more picturesque.

A lot of photographers may feel that they have "moved on" from NSW in terms of their art (sarcasm alert !), but I will keep going back if the tide, light and season are right. It must be still the best place on the planet to photograph Black-faced Spoonbills.

"S21" radio-tagged in Korea in the summer of 2013 is passing its fourth winter in Deep Bay.

Last - and literally not least - Great Cormorants are abundant at NSW. They can make a pretence at decorum, even land in heraldic, griffon-like poses.....


But they'll always revert to type when there is a fish to be fought over.

This one was chased onto the mudbank with his prize, and even there had to defend it. 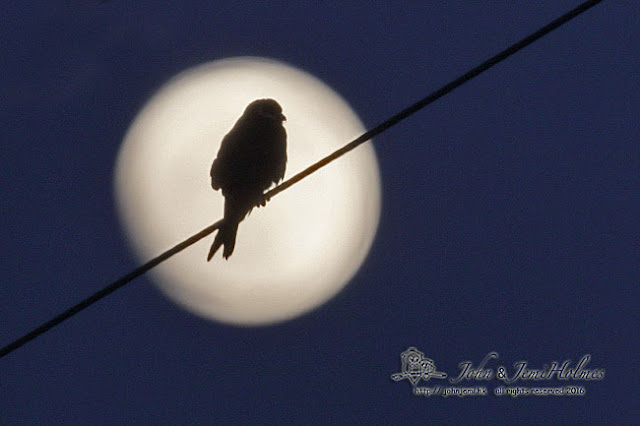 HK’s second Buff-breasted Sandpiper was found this morning by a Birdwatching Society surveyor (whose name I don’t yet know), while monitoring a drained pond in San Tin.

Naturally, this mornings bird flew away after being sighted.  However it was located on the pond next to where it was originally seen this afternoon by Graham Talbot. It wandered, feeding in the drained fishpond, until the light faded.

It was small, well-camouflaged and very easy to lose sight of, even in a flat, bare pond bottom.

Here are some heavily-cropped record shots.

Fifteen minutes drive from home, a “Life Tick” and a “HK Tick” rolled into one.  This and the Siberian Cranes have made a spectacular end to 2016.

As of this morning, the adult Siberian Crane has been here for two weeks, mostly findable by birders and photographers after a longish pilgrimage from the car park and Visitor Centre to the south end of Mai Po Nature Reserve.

Long may this most distinguished of visitors hang around.

Elsewhere, we've been having cool November weather in December, and flocks of starlings around fishpond edges are very seasonal.

"Red-billed" Starlings - formerly known as "Silky" are present in vigorous and noisy flocks...


And one - band on tail - White-shouldered Starling, above.


Red-rumped Swallows exert a strange fascination on me, and one sunny morning last week there were dozens of them over a particular pond.

But first a Pale Martin - but is it ?  What we used to call Sand Martins became known as Pale Martins, but now could be going back to their previous classification.  They are difficult to differentiate, both physically and categorically.


And the streaky eastern forms of Red-rumped Swallow may be heading for a "split" from the plainer, western European ones.

The streaking on every Red-rumped Swallow seems to be different, too.  Some of this may be age and gender-related, of course.

There's no escape from the higher pollution levels brought by northerly winds, but every sunset is different.

Some may even pleasantly surprise.


Found by David Diskin at Mai Po’s boardwalk hides on the morning of Dec 2nd.

An adult and a juvenile Siberian Crane were among the birds on the tideline in Deep Bay.  HK’s only previous record was of a juvenile in December 2002.

The cranes then flew into the reserve onto Pond 8 near the Tower Hide. Thanks to WhatsApp and other forms of mobile phone messaging a crowd of crane twitchers -including us- soon gathered.

After an hour or so near the Tower Hide, the cranes moved to the south end of the Reserve, where I took these record shots in the late afternoon. 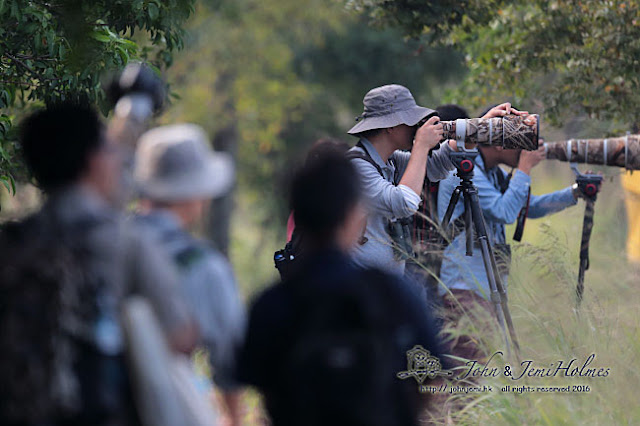 Both birds stayed overnight, and more people saw them on Saturday, Dec. 3rd.

Around midday the cranes flew off into Deep Bay, and in late afternoon only the adult came back to Mai Po.

It then overnighted and more birders got to see it on the Sunday (Dec. 4th).

Will the adult stay ? Where is the young one ? What happened to the other parent ? Why have they turned up here and now ?

Plenty of room for discussion.

UPDATE:  As of Wednesday, Dec 7th the adult Siberian Crane is still around.   The Crane's usual wintering grounds are Poyang, but I dare say the habitat has worsened since my 1989 visit...possibly the reason the two birds came to Hong Kong 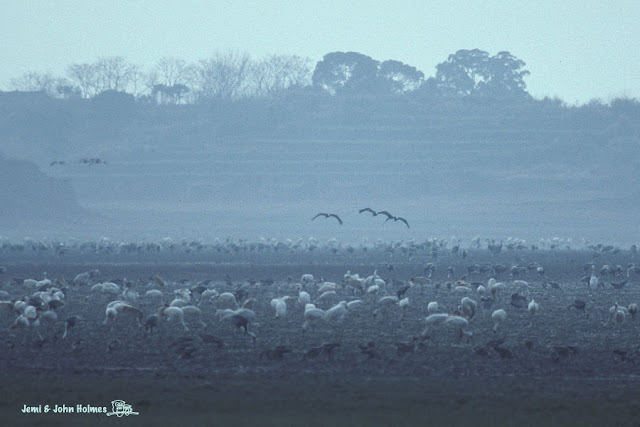 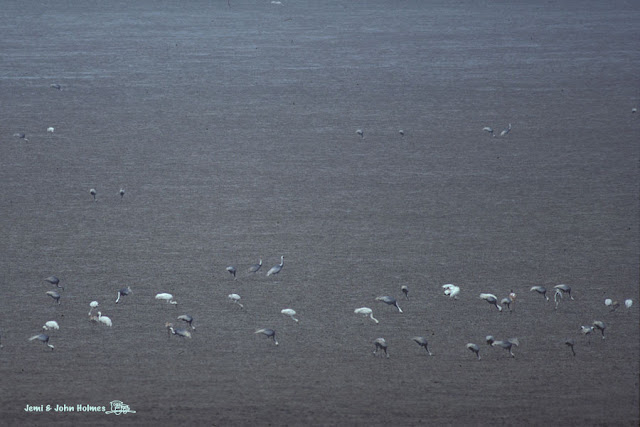 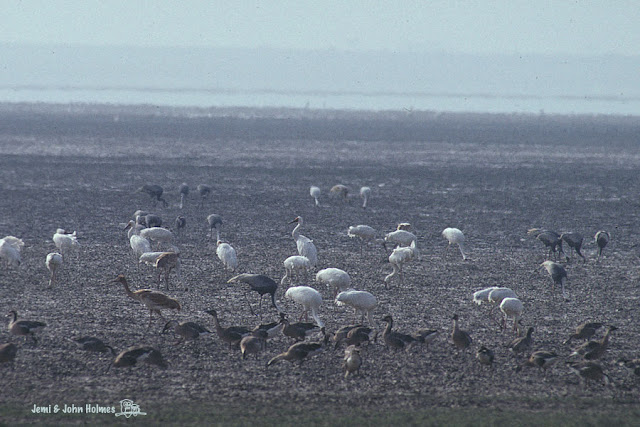