A 2.1 metre tide was predicted at Mai Po, possibly one of the last of the year that would get anywhere near the boardwalk hides.

It was still overcast early on, but there was a large group of roosting gulls on the tideline.  From this group Saunders’ Gulls were taking to the air, and foraging over the mudflat, searching for mudskippers.


Also present, Dunlin.  For me, the “What’s that calidrid?” calidrid.

A few other birds came obligingly close to the hide.

- and on the way back to the Reserve entrance, this female Daurian Redstart posed for me in the shade of a pathside mangrove.

Looking back towards the Border Security Fence, I saw a distant Eastern Imperial Eagle, interacting with a relatively puny-looking Black Kite. 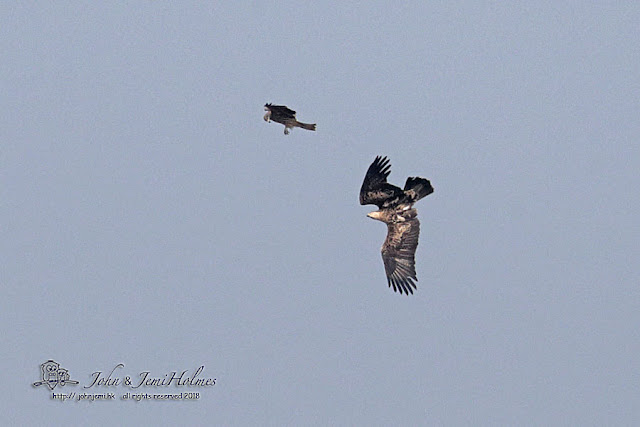 The eagle must have gone in a loop around the top of Mai Po because a few minutes later, it passed right over me.

Plenty of winter birds for an eagle to prey on now.....

A late-autumn wander about Long Valley with Andrew Hardacre.  LV is an area of freshwater vegetable fields, and traditional crops like rice planted by Green Groups, including the HK Birdwatching Society.


Many of the usual avian suspects were in view. Photos in the order taken, then. 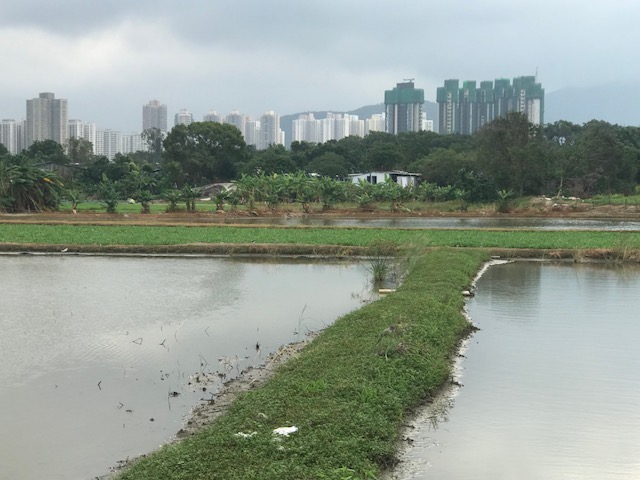 The overcast weather made for nice pastelly backgrounds.


By the time we got to San Tin, the sun had come out….

Out and about, it seems like autumn passage birds are giving way to winter visitors.

But even the winter birds may not linger, and it seems like we can’t take seeing them two days in a row for granted.

Finally, thanks to Mike Kilburn for this season’s probably one-and-only Pallas’s Reed Bunting !


I shall ignore them for the rest of the winter now.
Posted by John Holmes at November 11, 2018 8 comments:

A stroll around Mai Po on “World Migratory Bird Day” (Oct 13th) revealed a variety of migrants, from a female blue and White Flycatcher in a grove of banyan trees to six or seven Purple Herons that popped out of reedbeds here and there.


But it was Dusky Warblers that stood out, their "tuck-tucking" call seemed to be coming from every pile of brushwood brought down by Typhoon Mangkhut four weeks earlier.

The bird ringers caught 83 Duskies in just a couple of hours. This, though, is Oriental Reed Warbler. 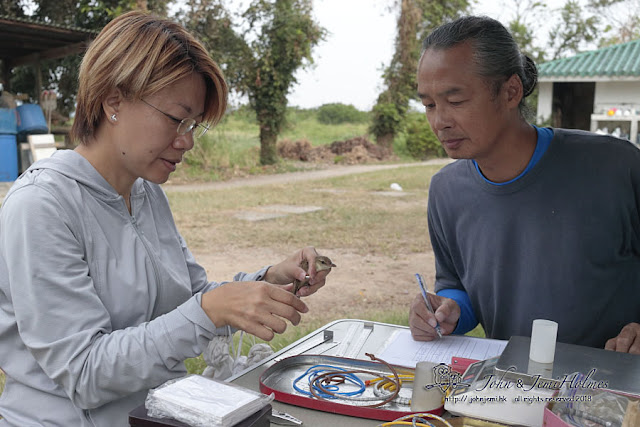 At Long Valley more recently I bumped into Matt KWAN and he showed me where LV’s star Wryneck has been appearing.


And another Himalayan Swiftlet appeared - in better weather conditions that the one I posted here earlier.

After the sun had actually set I found a male and female Yellow-breasted Bunting sitting quietly feeding about ten metres inside a rice paddy.  The HK Birdwatching Society - with other “Green Groups” has grown this rice specially to attract and nurture this Critically Endangered species.

It was nice to sit quietly with them for a few minutes.

We’ve had a run of wetter autumns than there were, say, twenty or thirty years ago.  (It’s Climate Change, sports fans !) The Chung Yeung Grave-Sweeping Festival was on Oct 17th this year, but rain in the days before kept hillside fires to a minimum.

Some Ancestor-worshippers clean the family graves a week or two later, which this year meant that the hills had dried just enough to become flammable, as was so common in years past. 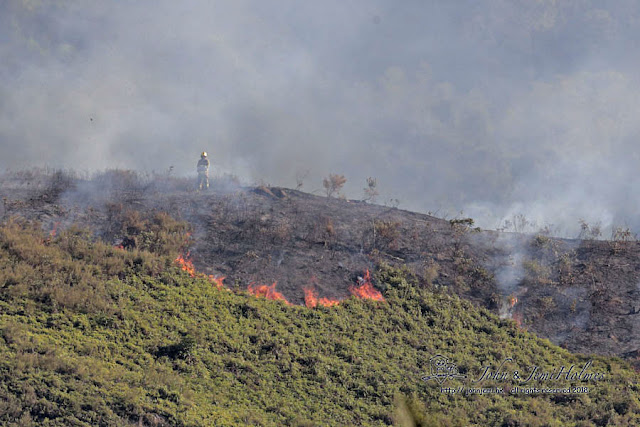 Hillfires can be frightening sights. 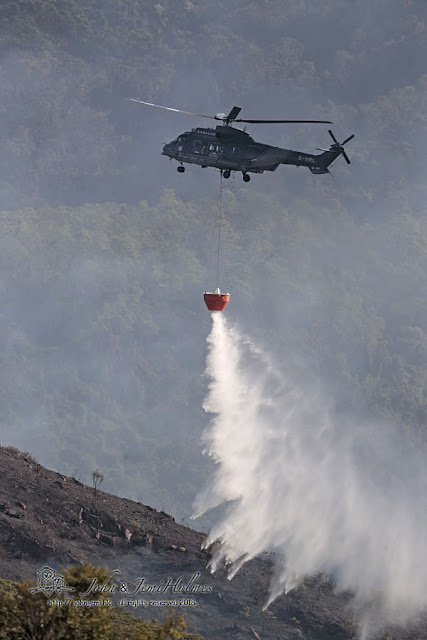 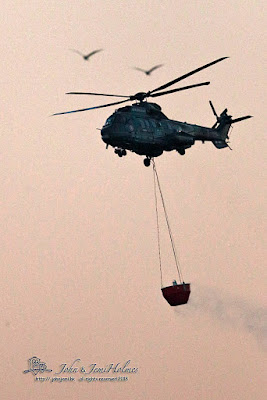 HK Government Flying Services uses big buckets, strung from helicopters to fight hill fires. Expensive, but it seems to work.  The GFS crews were flying until sunset, though.

The hillfire shots were were taken Sunday 28th October.