At this time of the year the Saunders's Gulls (several dozen) here in HK are getting into their breeding plumage, while the more numerous (several hundred) Black-headed Gulls are still very much in non-breeding plumage.

But then, the Black-headeds have further to go to breed from here.

Also on the Deep Bay tideline:

A Short-eared Owl has been reported twice in the past few weeks at Mai Po.

But it seems to have a very good idea of what "nocturnal" means, and despite several dusk and dawn visits, I haven't managed to see it while there was any light to see by.


My last visit was in the middle of last week. No sign of the owl.

Still, it was a fine morning for a cycle ride around the Border Fence Road.

Out at the boardwalk, the commoner winter waders have been showing well; -


There are still thousands of duck in the bay, here are two of the common ones...

Every winter Hong Kong is home to about 1200-1300 Black Kites (Milvus migrans lineatus).  A few stay through our summer, but by April the majority will be heading back to Mongolia and southern Russia to breed.

If you "split" lineatus as a separate species (as Mark Brazil does in "Birds of East Asia") then they are Black-eared Kites, but HK follows the IOC, so, "Black Kite" is what they're called here. 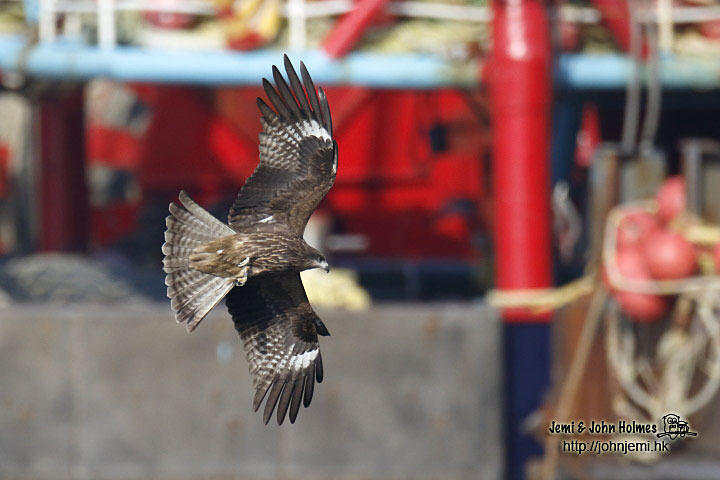 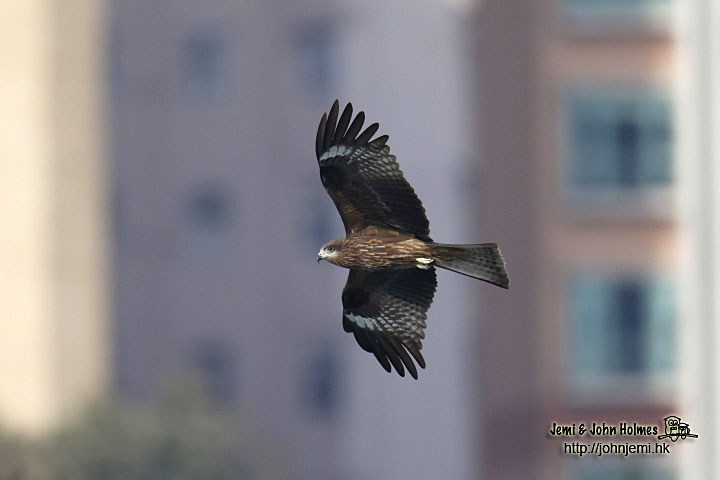 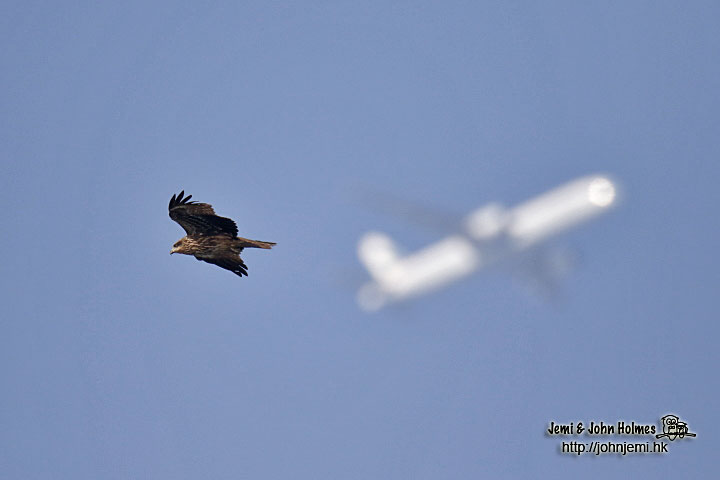 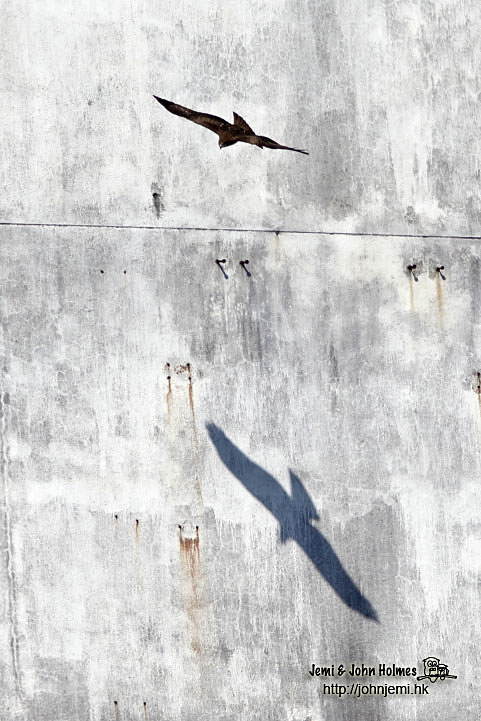 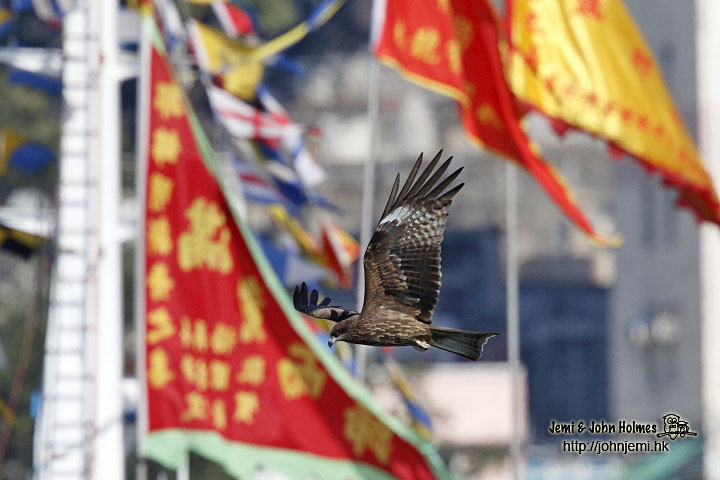 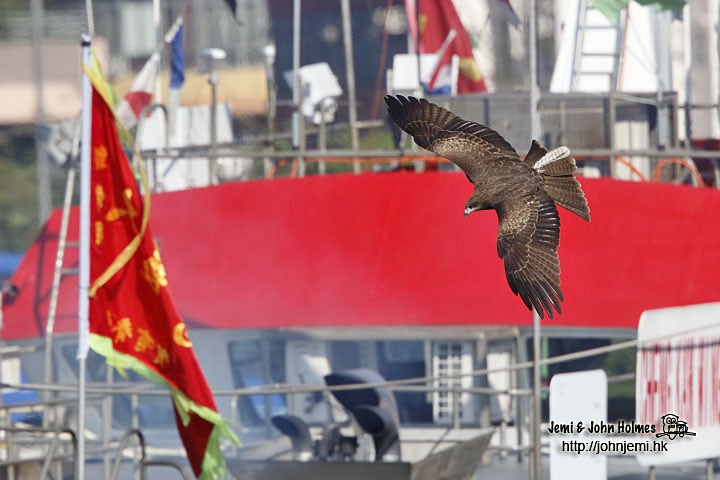 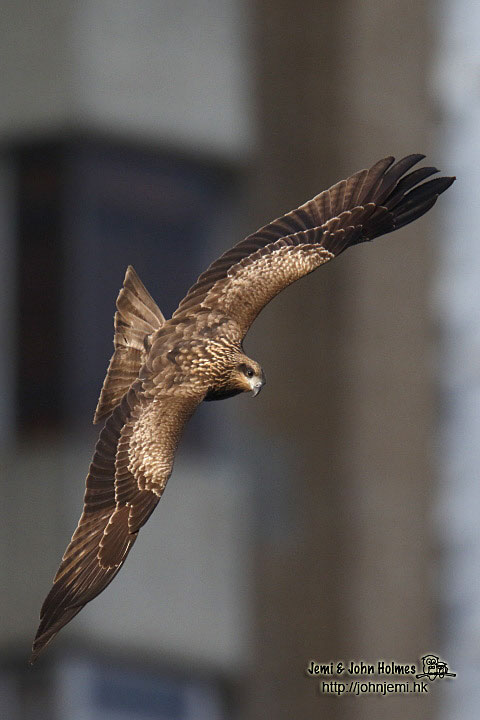 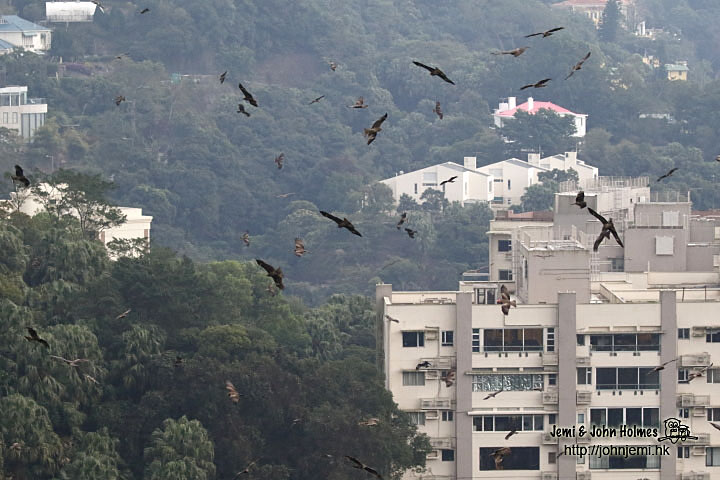 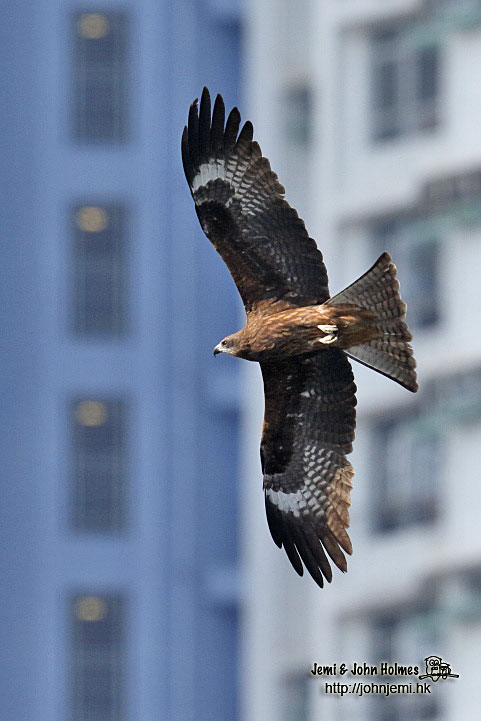 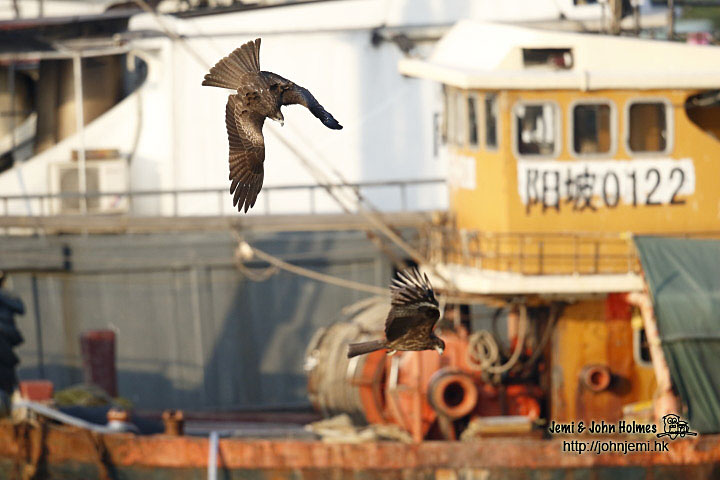 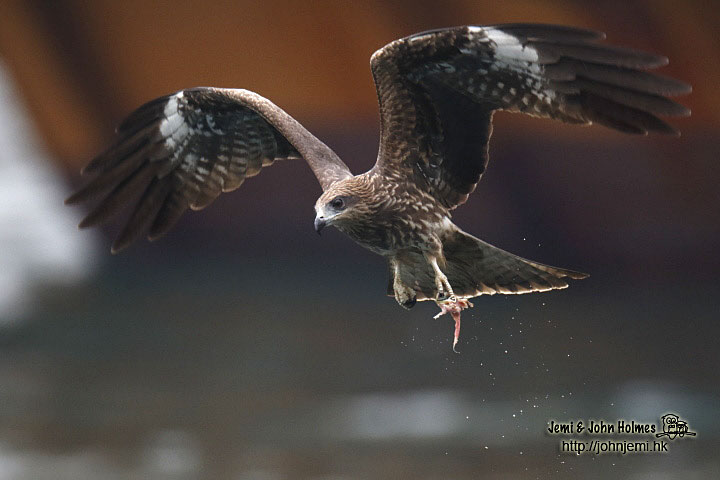 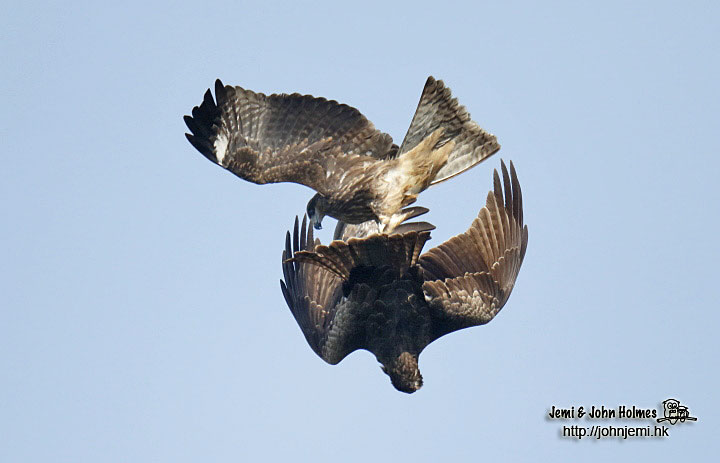 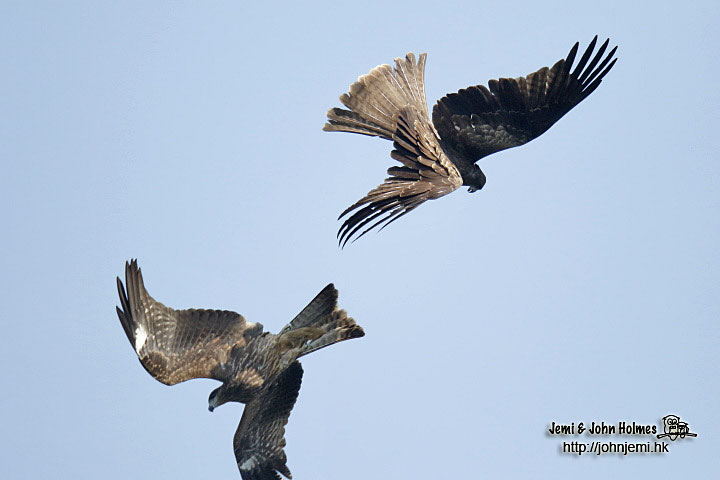 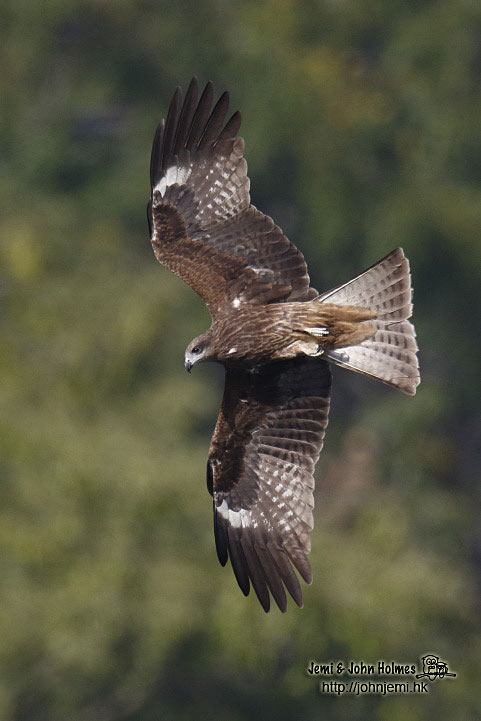 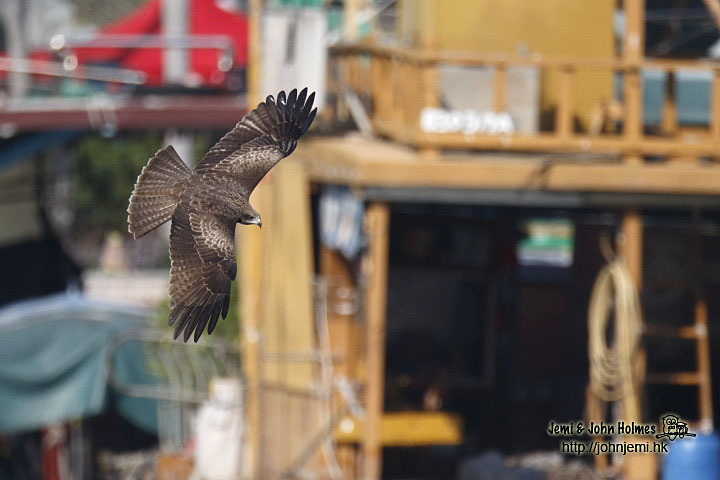 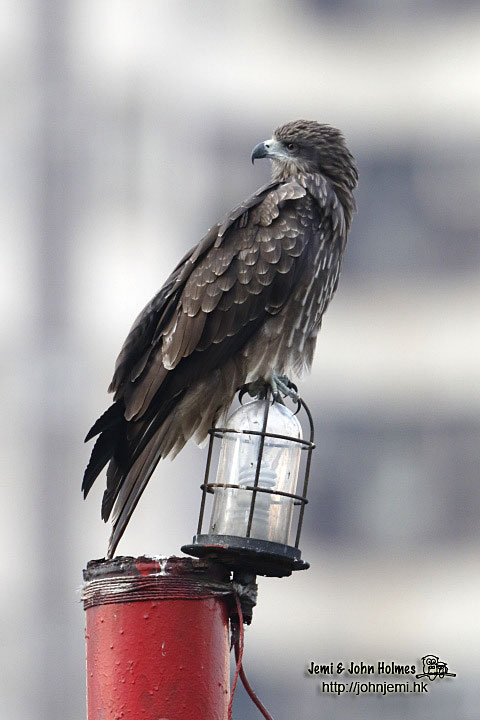 In December last year - along with Samson SO - I accepted an invitation by Canon Hong Kong to take part in a project to celebrate the presence of the these raptors in healthy numbers around our city.

Canon are promoting the new 7D Mk2 camera and two new lenses, a 100-400mm f5.6 II zoom and a new version of the 400mm f 4 DO lens.  The brief was to the use the new kit as far as possible to photograph Black Kites in an urban setting.

Between early December and early January I took thousands of shots of kites, and I feel as though I've got to know them better as a result.

A joint exhibition of some of the best of these Black Kite photos is on at the Innocentre, 72 Tat Chee Ave, Hong Kong from tomorrow (Feb 2nd) until February 8th.  It's just down the road from Kowloon Tong MTR Station.

Five of the photos above are among the shots displayed.  Which five ?  Well, you'll have to get along to Tat Chee Avenue to find out !

Some shots from the show. 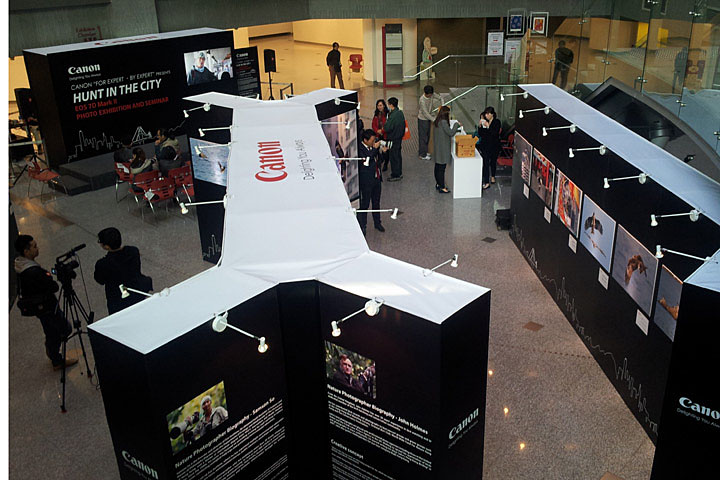 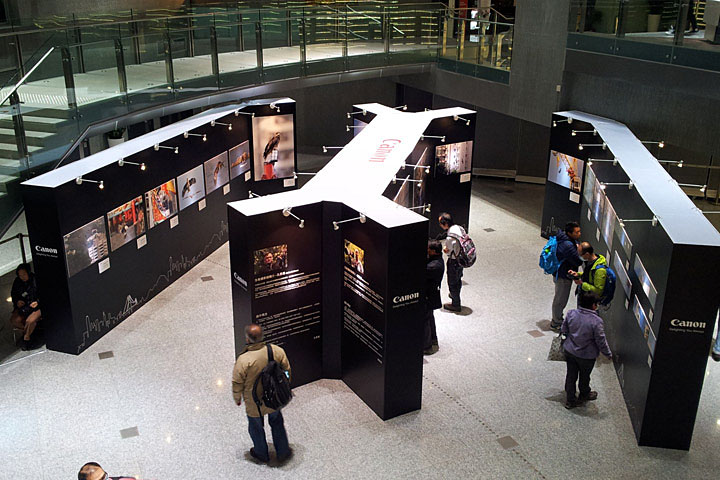 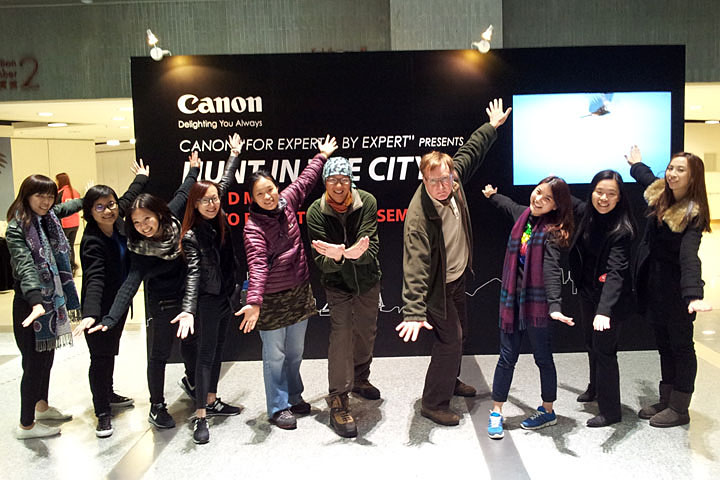 Thanks to Samson and Iris SO, and the people from Golin (PR) and the Canon Hong Kong team, for making such a challenging project fun.