Seabirding in the Humboldt Current - Part 1


The main reason for our trip to South America was a voyage scheduled from 23rd October to 16th November 2017 on Yacht Sauvage.

Kirk Zufelt initiated and organised the trip.  The attraction of eastern pacific seabirds framed between two exotic locations was irresistible to us.

Our other companions were:

While still in Arica Port we practised photographing Inca terns and - more easily - Peruvian Pelicans while we waited for the Chilean Immigration officials to chop our passports “Departed”.

Exit formalities done, we had a fine view of the flag above “El Morro” lookout as we sailed away.

In late afternoon, about 12km from the coast, we came across a decaying sea lion carcass, attended by a flock of 25-30 Storm-Petrels (mostly Elliot’s but with a few Wilson’s among them). 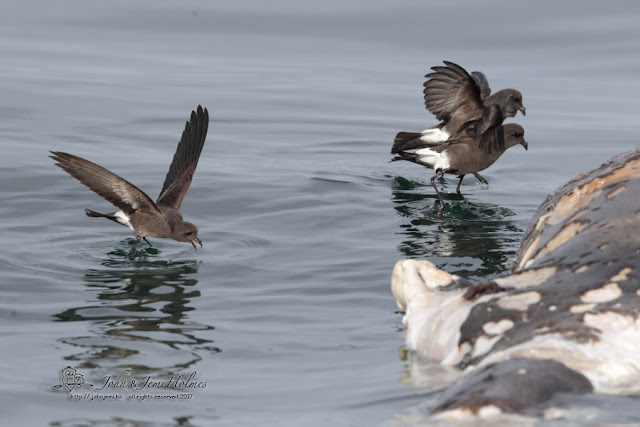 We drifted around near the Storm-Petrels, trying to get shots that didn’t show too much dead sea lion.  An alien presence was noted in the air - a Peregrine. It swooped towards us and took one of the SPs from the surface of the water. 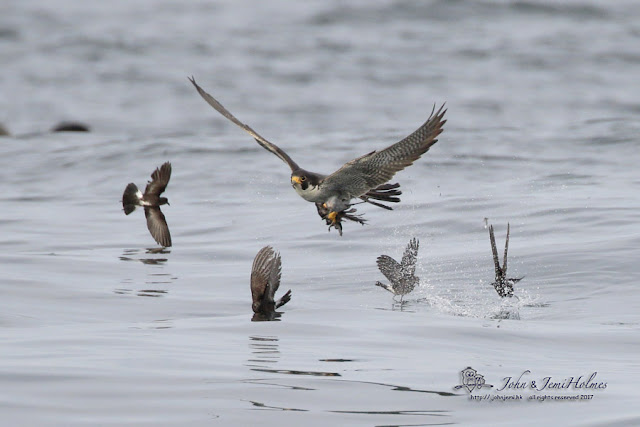 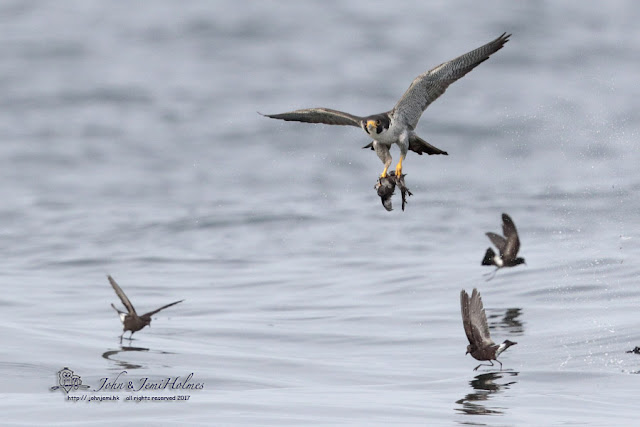 The Peregrine was so quick that that the other birds didn’t seem to notice that one of their number was missing. 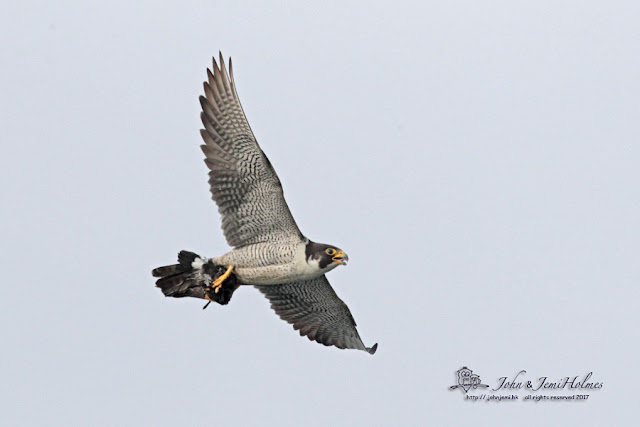 And, forty minutes later, in the fading light, the Peregrine did it again.

We were 30km offshore at dawn the following day. Overcast and cool, the effect of the cold-water Humboldt current was keenly felt.  We had first views of Markham’s Storm-petrels and made our first sightings of Swallow-tailed Gulls as well as many Sooty Shearwaters.


Temperatures on board were cool but comfortable, and we all settled into spending lots of time on deck.

Morning fog cleared around midday, a weather pattern often repeated during the trip.


There were terns, including Elegant, South American, Inca and Black, with regular  appearances of jaegers to harry them. (As we were in he Americas I’ve used “jaeger” rather than “skua” in the photo captions).

A daytime drip of menhaden fish oil meant that we were never without a  following of Storm-Petrels in the wake of the Sauvage, but which Storm-Petrel species were there did vary as the route progressed. We started out with mostly Elliot's but later there were more Wedge-rumped.

Hornbys (Ringed) Storm-petrels were encountered, but these never followed the boat.

Early in the trip, we found that off southern Peru there were some expected  southern ocean seabirds, including Black-browed and Bullers Albatrosses.

Of closer origin (islands off the mid-Chilean coast) we saw a few De Filippi’s (Masatierra) Petrels, our first pterodromas of the trip.

and it was often the more wave-hugging flight pattern that distinguished their silhouettes from Markham’s.

We navigated toward seamounts with varying degrees of success.

Large ships are always a hazard to navigation, but the presence of many Peruvian fishing boats on part of our route provided another reason for the ever-vigilant Didier to be careful. 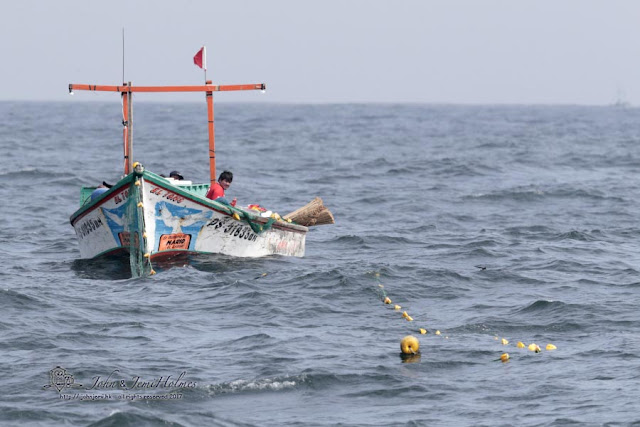 Eight days into our journey we had our first views of Waved Albatross, famously a breeding endemic of Espanola in the Galapagos, but they breed on Isla de la Plata near Guayaquil in mainland Ecuador, too.

At the end of every busy day, everyone settled down in the cabin to edit their shots. 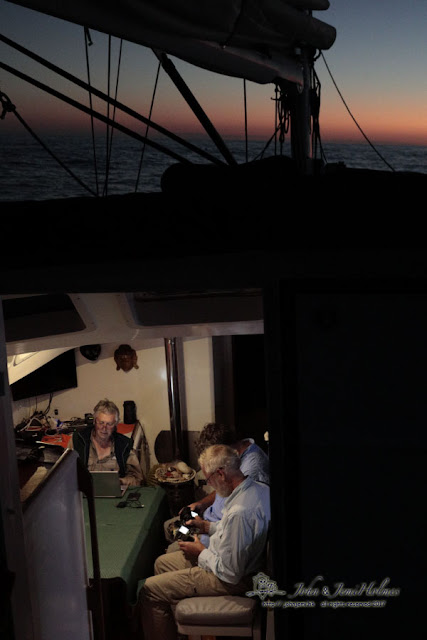 Some nights we found we had a following of Swallow-tailed gulls. Nocturnal hunters of squid, these birds have a bat-like rattling contact call.

This shot was taken with a high ISO and thanks to Kirk Z. for the torch work.