On a beach with Chinese Crested Tern

The Critically Endangered Chinese Crested Tern (Thalasseus bernsteini) “CCT” - has had some recent publicity involving a second successful full season of breeding on Tiedun Dao, among the Jiushan Islands off the coast of Zhejiang Province.  The birds were attracted back to the island with a mixture of tape lures and decoys in 2014,in a project involving Birdlife International, HKBWS and local agencies.

This, it seems, has always been a rare bird, and  it had gone unseen from the 1930s until re-discovered in 2000 breeding among (far more numerous) Great Crested Terns on the Matsu Islands. The highly-fortified Matsu Islands are controlled by Taiwan, even though they are just off the coast of Fujian Province.

Shortly after the Matsu discovery, local Fuzhou-based birders found that CCTs were courting and preening on the beaches of the Min River Estuary, which is only about 30km from the Matsu Islands as the tern flies.

We visited in 2008 and 2011 but took the chance to visit again with Ondie Wong and Australian Birding friend Colin Rogers, for whom CCT was one of just three species of tern in the world he had not yet seen.

We flew to Changle Airport (Fuzhou) on 10th of June and were driven straight to the Min River Estuary by our guide for the weekend Lin Chen “Forest Morning” (Wechat ID : forestmorning,   Mobile : 133-3842-0092 ).

China progresses quickly, and I doubt that we would have recognised the scene of our previous visits, with a newly-paved road, a visitor centre and an observatory building.

One thing had not changed, we were still going to have to get our feet and legs dirty wading over a creek to get to the opposite bank and a path leading to “CCT beach”about a kilometre away.

Well, we arrived at the beach with the tide rising and a large group of mostly Great Crested Terns, together with White-winged, Whiskered and Little Terns bathing on the edge of a small sandbar.  Lin Chen picked out two CCTs in the right hand end of the group, and after scope views, we advanced to where four local photographers were already photographing the terns.


As the tide covered the sand bar the terns flew left along the waters’ edge to join another tern roost several hundred metres to the west.  We had fly-by views of three CCTs in total. With a good handheld 500mm lens and LOTs of cropping I managed one or two "keepers".

We realised we had been lucky, though - if we’d arrived a few minutes later the terns would have already gone.

With a possible three days set aside to check the tern beach, we had time in hand. Lin Chen suggested going to an inland site, Longxi Shan. It was a six-hour drive, but, flushed with success (or sunburn?) we decided to go for it. 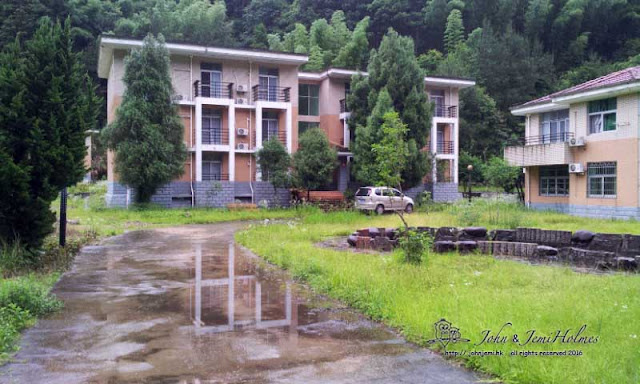 At Longxi Shan the weather in the hills was cooler but wet on the Saturday morning. 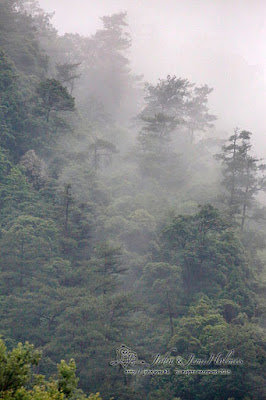 After a rustic noodle breakfast, we drove up a track to a temple surrounded by tea terraces. 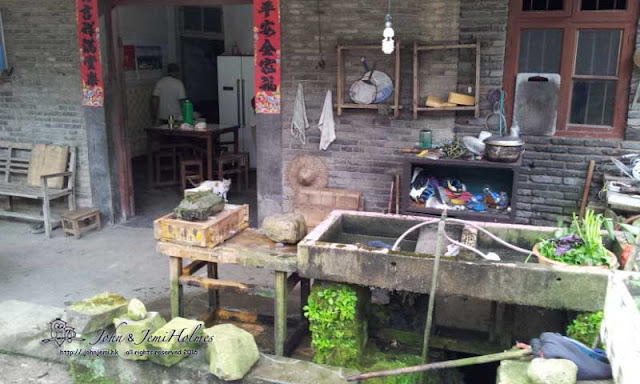 We were in the clouds and hearing some birds but not getting views of much, until Colin spotted a male Cabot’s Tragopan, fossicking among the tea bushes just ten metres away. Seeing us, it kept a wary distance, but still gave good views.

Going downhill we had memorable encounters with Silver Pheasants - 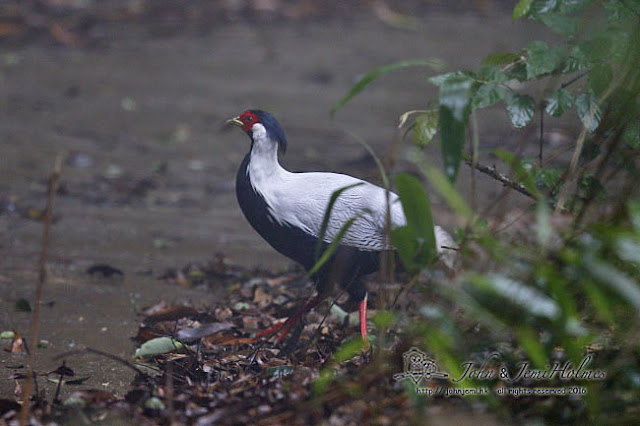 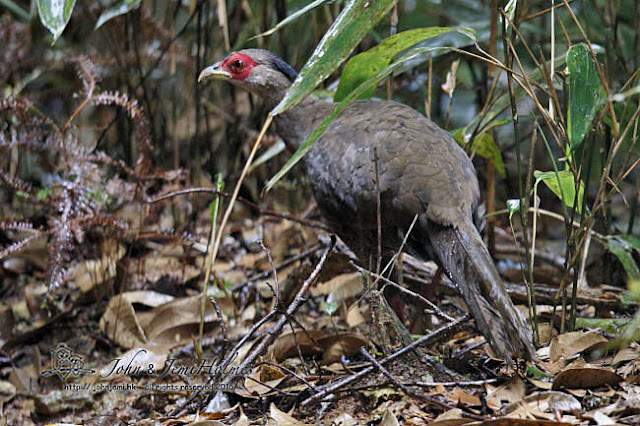 There were some of the commoner woodland birds of east China, too.

There was not a great variety of birds in the woods of Longxi, but what the place lacked in quantity it more than made up for in quality.

This was perfectly demonstrated by our hearing of a strange call as we left Longxi on Sunday morning, just outside the Reserve entrance gate.  “Sultan Tit” said Lin Chen - and sure enough, there were two perched on a power line, before disappearing into the top of large fronds of bamboo.

Sultan Tit has an enigmatic history in Fujian… there were no records for eighty years until members of the the Fujian Birdwatching Society re-discovered it - at Longxi Shan - in 2004.

There’s always something exciting going on in China Birding !