Having boarded the previous night, we set sail from Port Vila, Vanuatu on Jan 6th, 2017.

On board Expedition Yacht Sauvage, we were hosted by Didier, Sophie and Chloe Wattrelot.

A glance at the websites of our companions will give you an idea of how keen on seabirds they are.

Our 25 day mission was to find and photograph some of the rarest and most sought-after seabirds of the southwest pacific, from Vanuatu through the Solomon Islands to New Ireland (PNG) and back.


Parts of this area of the Pacific are covered by the annual Heritage Expeditions  “Western Pacific Odyssey”.  Most of us had done the WPO before, but bigger ships have more distractions and competing interests.

We were aware that the birdier parts of the area had been surveyed before, but in such a generally underbirded area, who knew what might turn up ?

It was flat calm as we left Port Vila  and, apart from some Great Crested Terns on a buoy, our first real seabird was a Wedge-tailed Shearwater,  sighted by Bob at about midday.


By sunset we had seen several dozen of these "dark-morph” southerly birds.


Regular sightings of Boobies gave us a chance to catch up on immature Booby identifications.

The first of many spectacular sunsets came all too soon. 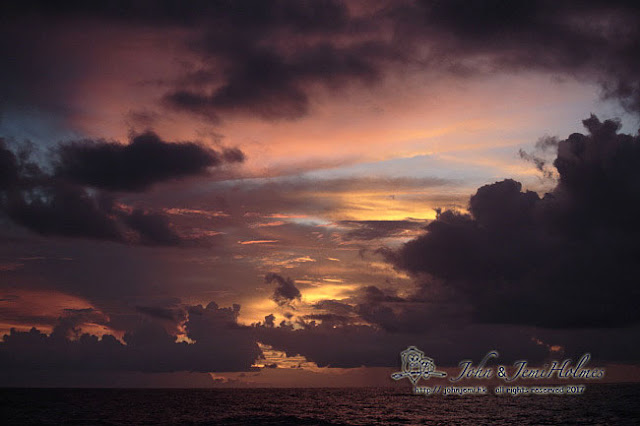 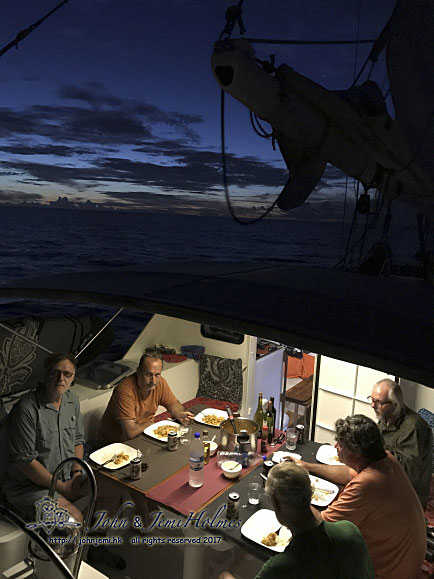 After dinner, Captain Didier pointed out a distant glow, which he said was an active volcano on the island of Ambrym, which we would pass closest to at about 02:00hrs.   I set the alarm, but woke up early anyway, it was like waiting for Father Christmas. 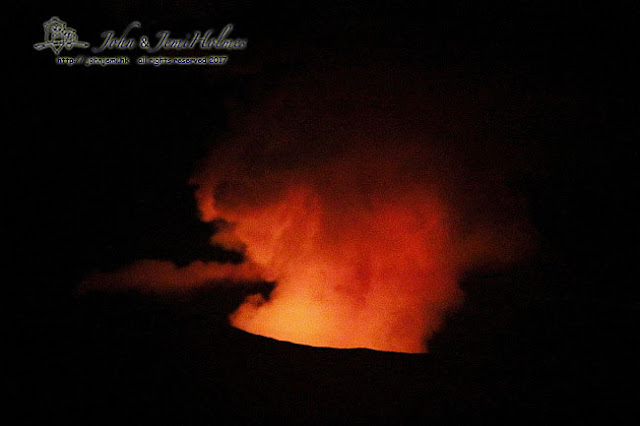 With the f/4 500mm lens there was enough light for trail-and-error manual focus shots of the spectacle.  I’ve seen smoking volcanoes before, but never the glow at night like this.

In the morning the ash cloud could be seen. 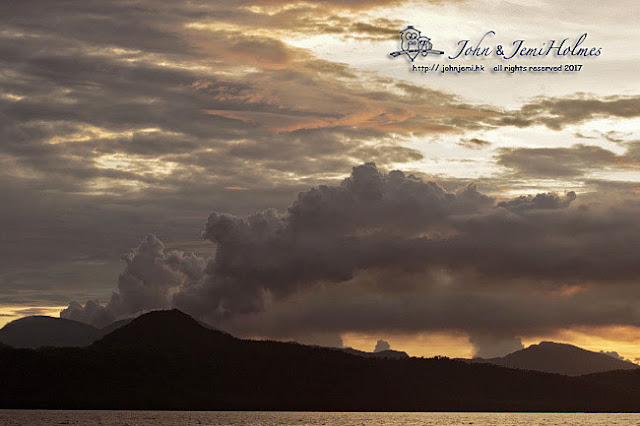 As we motored north  near Pentecost Island we sighted the first of forty-or-so “Magnificent” Petrels, often sitting on the calmest of oceans.  These are currently classified as  a colour morph of Collared Petrel.   After seeing them, we were happy to join the “splitters” camp.

Sunset over one of the islands. 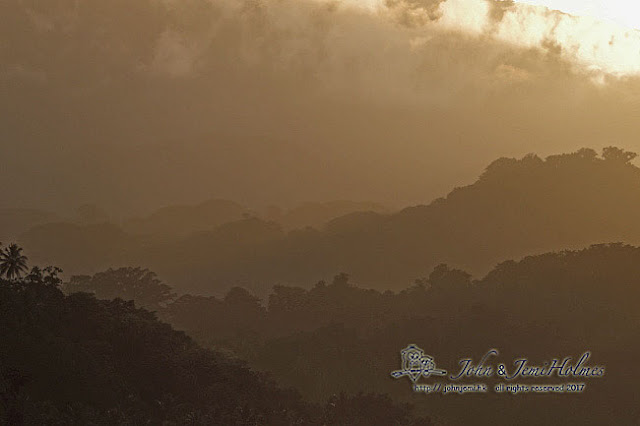 Many seabird group sightings involved the birds attracted to areas where Yellowfin Tuna drove shoals of smaller fish to the sea surface. 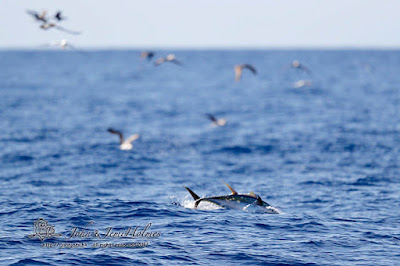 A Brown Noddy spent a couple of nights resting on the Sauvage.

The shapes of some of the islands in the Banks Islands group (North Vanuatu) are distinctly volcanic.  Soon after dawn broke on 8th January, we sighted the first individual of our second target species, Vanuatu Petrel.

These were discovered to be breeding on the island of Vanua Lava by Stephen Totterman in 2009. 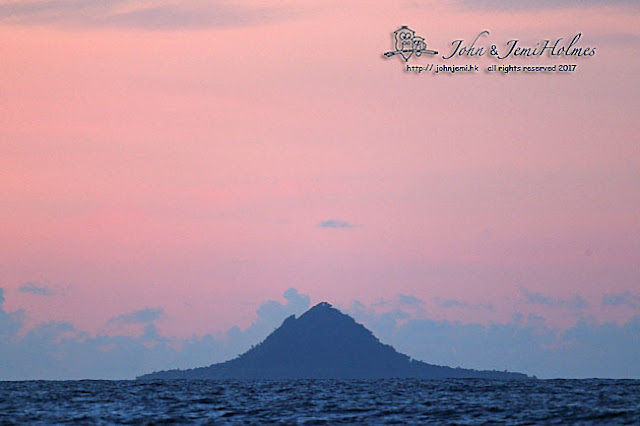 By early afternoon we had arrived off Vanua Lava itself. 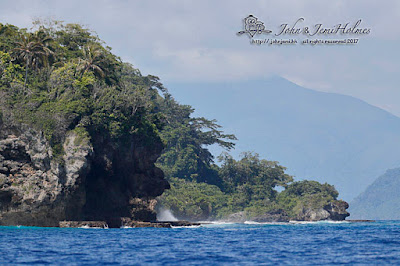 Over the next couple of days we had several encounters with VPs, mostly near the island of Mota Lava, where the birds were resting, or feeding at the edge of flying circuses of feeding seabirds.


Our closest encounters came when we saw a group of three sitting VPs  and drifted downwind towards them.

After a couple more days we headed northwest, away from the Banks Islands, but saw two separate Tahiti Petrels in the evening off Ureparapara Island as we left.  Here is one of them.

So, it was farewell to Vanuatu, but it had seemed like a "Nambawan" kind of place... 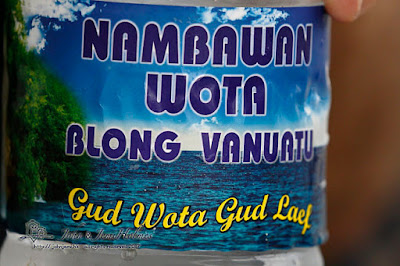 The seabirds could be most active in early morning and late afternoon, but sailing the open oceans could be uneventful for hours at a time, - this White-tailed Tropicbird was a lunchtime exception.

For background reading in the evenings I had “Islands of Destiny” - an account by John Prados of the Pacific War in the Solomon Islands.

Someone else had brought along "Among the Islands" by Tim Flannery, also a good read. 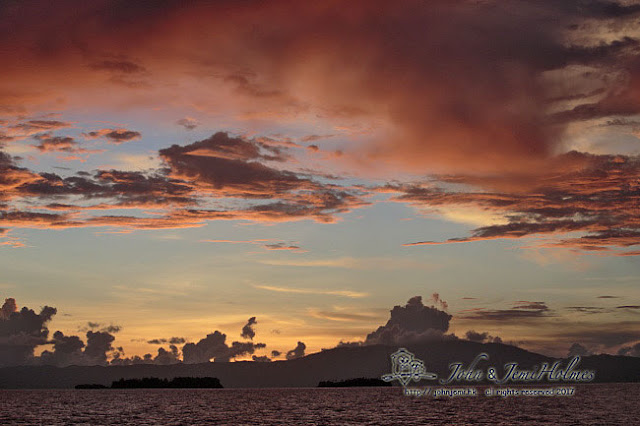 By 13th Jan we were sailing south of Makira (formerly San Christobal) when we deviated from our course to get closer views of another flock of mostly Sooty Terns, feeding above Yellowfin Tuna. 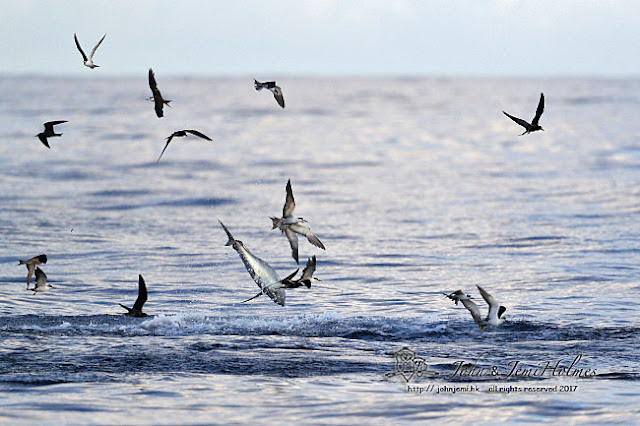 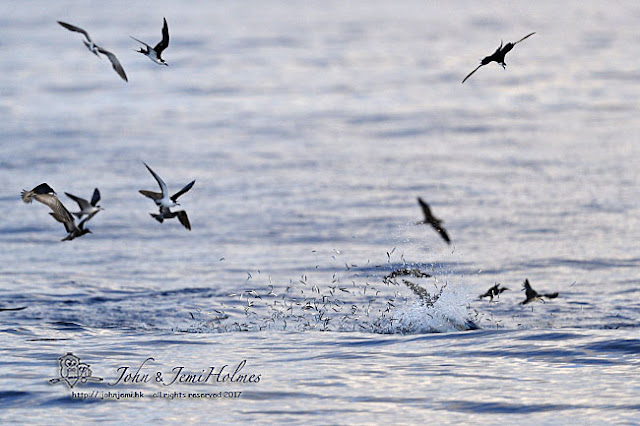 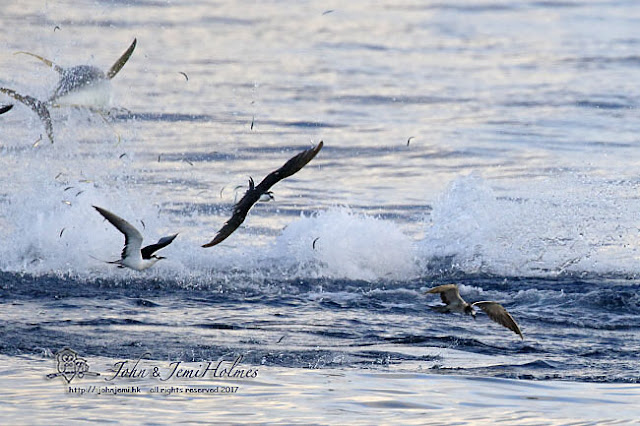 24 hours later we saw many Brown Boobies off the south shore of Guadalcanal.

We approached New Georgia Island through the Blanche Strait.  Many flocks of Island Imperial Pigeons passed overhead, but a sea birding attempt to get close to a flock of Black Noddies was frustrated by a reef. 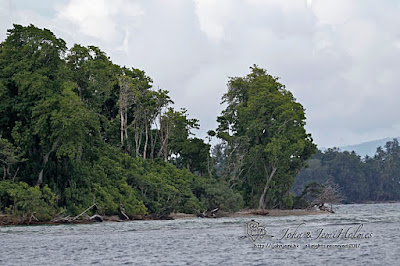 
Short-finned Pilot Whales were encountered for the first, but not the last time on the trip. They would appear in pods of twenty or thirty individuals. 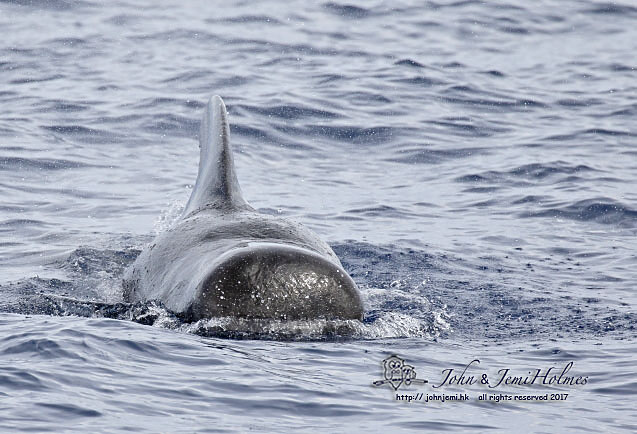 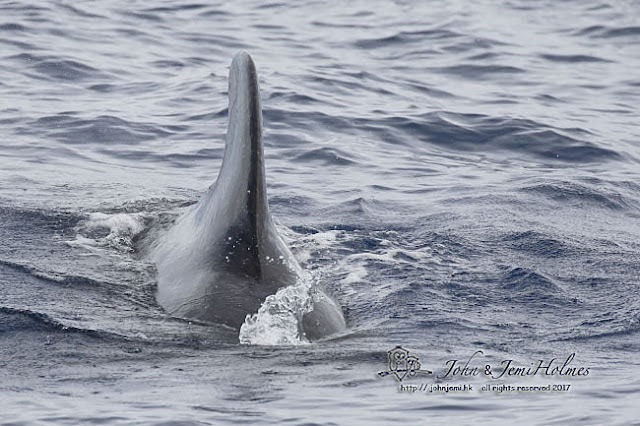 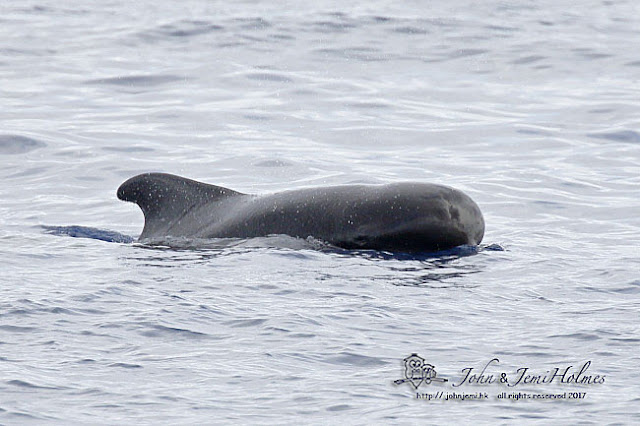 Exuberant Spinner Dolphins made an appearance too. 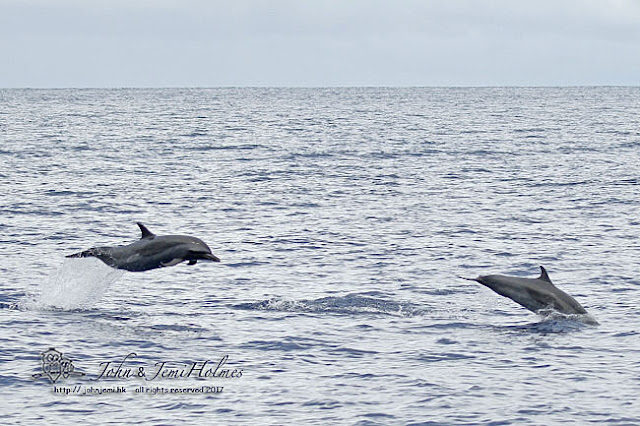 We anchored overnight near Rendova Island, the site of a World War 2  American Patrol Torpedo boat base where John F. Kennedy’s PT-109 was based in 1942.

A narrow passage close to Munda and finally - a few landbirds - were sighted before we formally landed in Noro.

An interesting immature Sea Eagle circled in the blue sky over Noro.

From the white tail and narrow wing aspect I am fairly confident this was a White-belled Sea Eagle, but WBSEs are replaced by closely-related Solomons Sea Eagles throughout the Solomons Islands, so there is plenty of room for discussion.

Anyway, we had landed in the Solomon Islands.

End of Part One