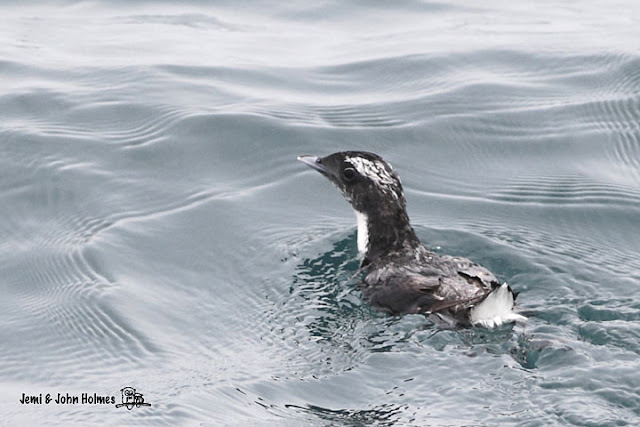 The Hong Kong Birdwatching Society runs a regular series of sea-birding trips throughout the year.  These are booked weeks in advance by the Society and are, in some ways, hostage to the weather conditions on the actual day the trip takes place.

With a lot of rain falling in the latter half of last week, we got a chance - at short notice- to book a boat privately on Saturday, 21st April.

We advertised and asked around for anyone interested to come along and share the costs.  As it happened there were only eleven birders on the boat.  Our fellow birding optimists may have been hoping, like us, for a good showing of migrant terns.

The sight of dozens of Red-necked Phalaropes gave us heart that sea-going migrants could be around. 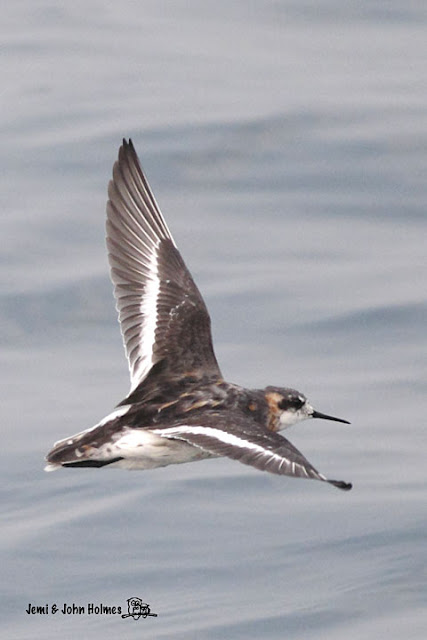 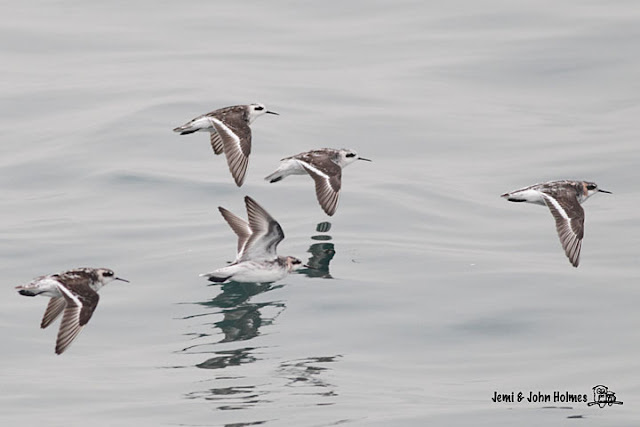 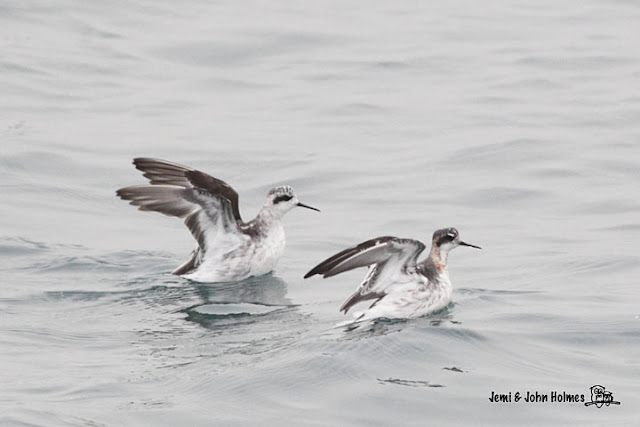 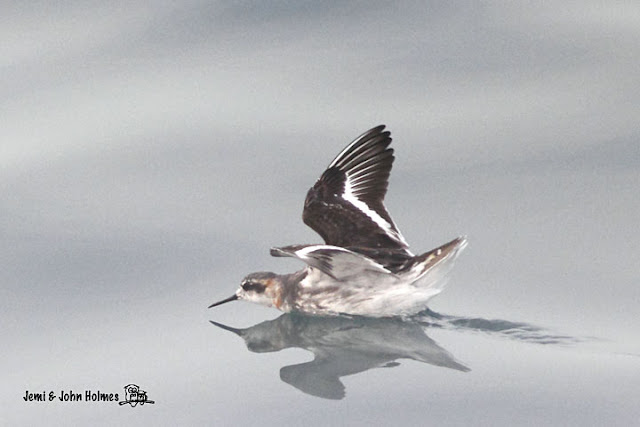 The terns were disappointingly few and were mostly encountered resting on various pieces of flotsam. 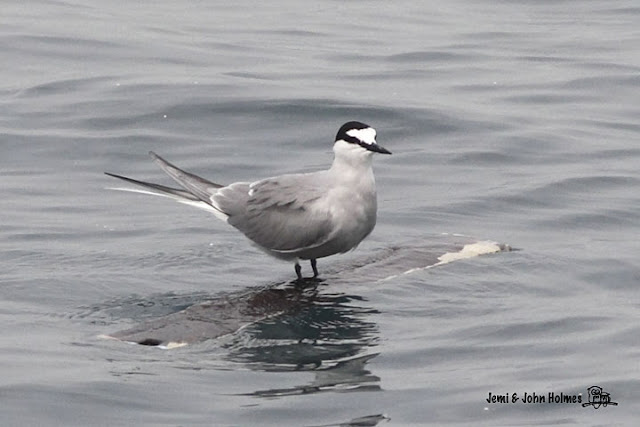 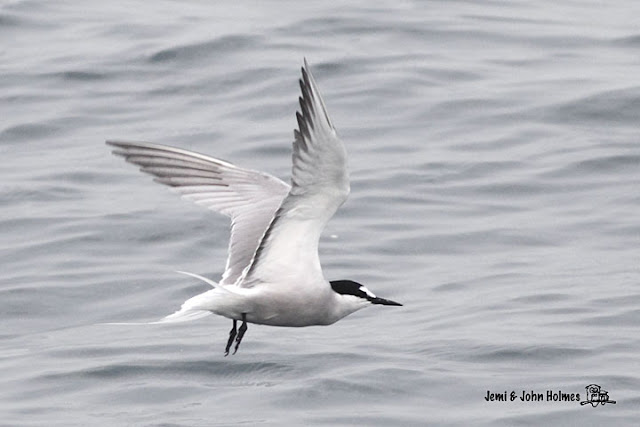 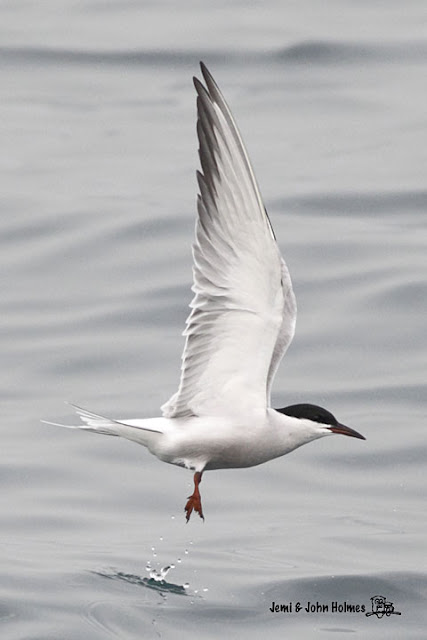 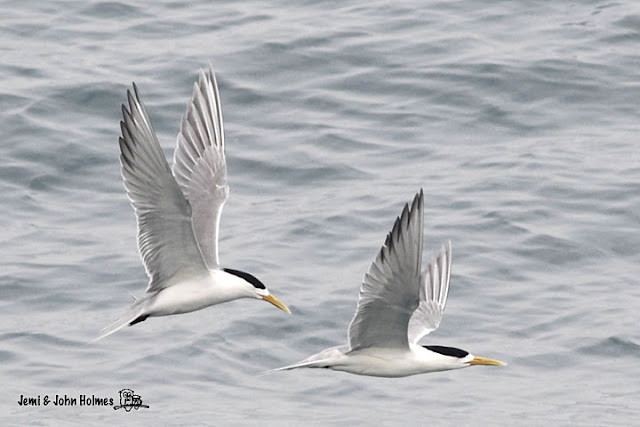 But the stars of the show - and saviours of the trip - turned out to be two different murrelet species, including HK's second-ever Japanese Murrelet.  HK's first was on 5th May 2007.  We happened to be on that 2007 boat trip as well, and I thought then that Japanese Murrelet in Hong Kong would be a once-in-a-lifetime sighting. Which shows how little I know about seabirds !

There seems little chance that either of the Japanese Murrelets seen in HK waters could regain their flight feathers and get back to Japanese offshore islands in time to breed in the same year. Perhaps one-year-old birds spend their first spring at sea. 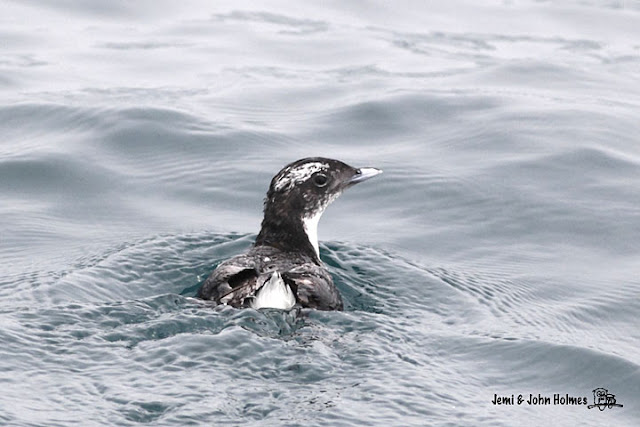 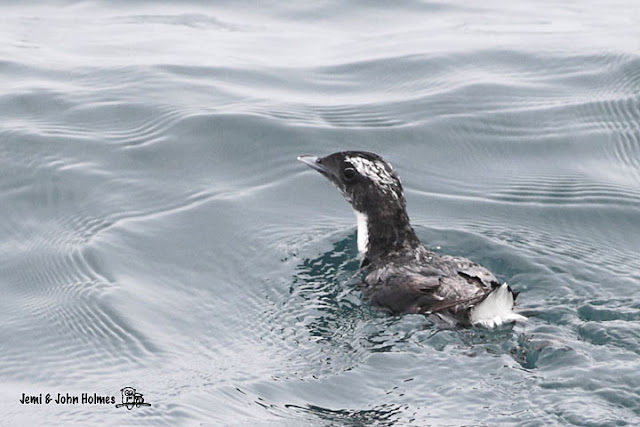 Less than an hour after encountering Japanese Murrelet two odd black-and-white shapes could be seen bobbing among some floating rubbish.  These turned out to be Ancient Murrelets.  Records in HK of these are almost annual, but we again had very good views.  More photos on the HKBWS website here:- 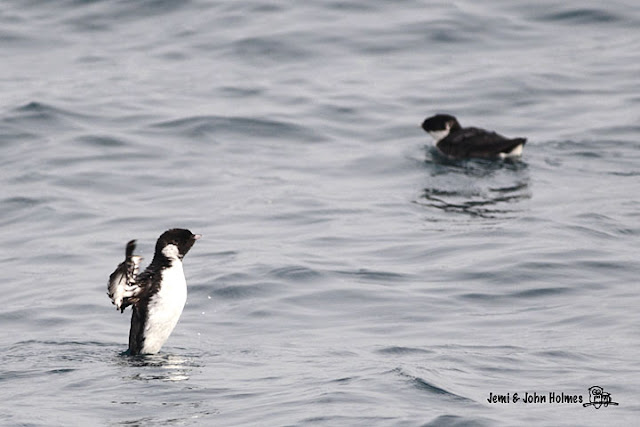 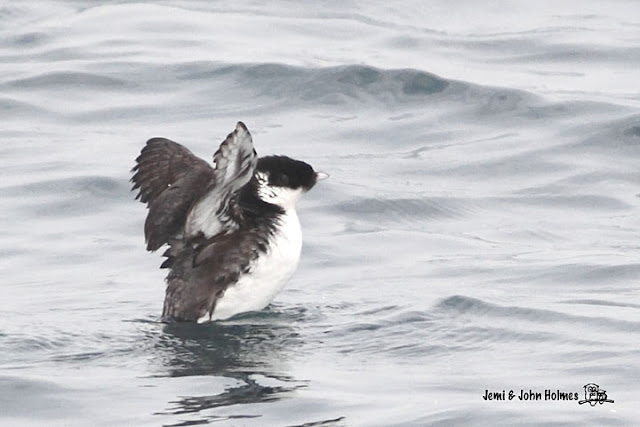 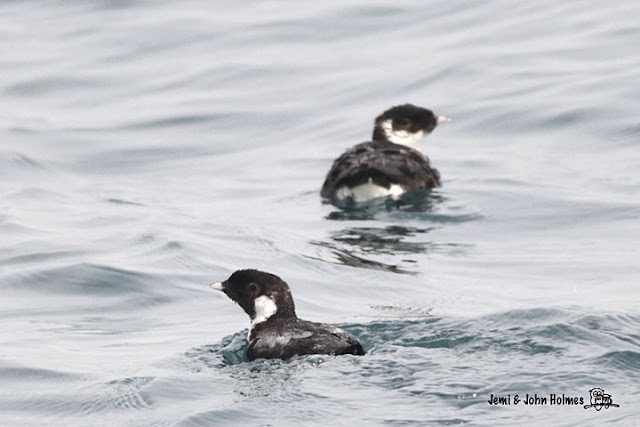 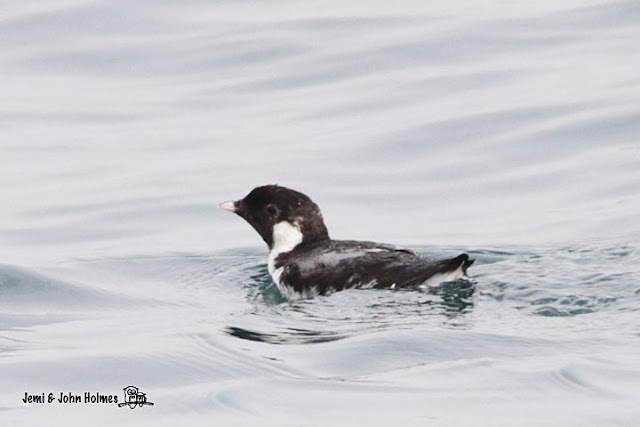 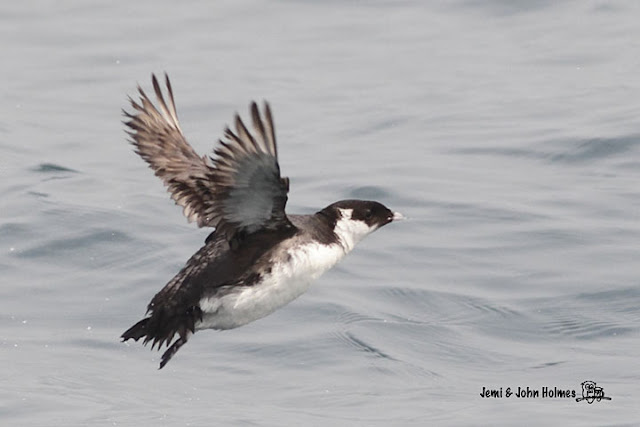 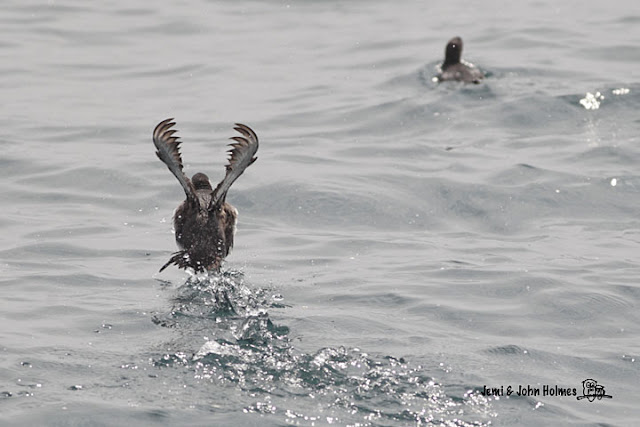 One of the Ancient Murrelets seemed less able to fly than the other, different stages of moult, perhaps ?

We sailed south of Po Toi and Waglan Islands until late afternoon, but it was a bit of an anti-climax after the earlier excitement... 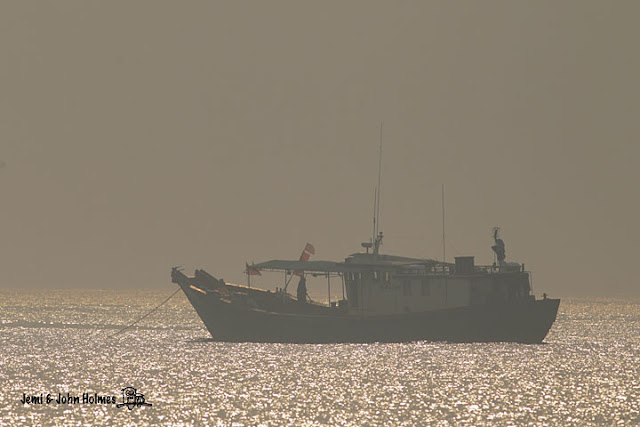 With the light fading we headed back to the bright lights of Tsim Sha Tsui.
Posted by John Holmes at April 23, 2012