Another month has arrived and it feels like “Phase II” of spring migration.  The waders and flycatchers have mostly passed in peak numbers but the birds that breed closer to, or actually in Hong Kong, have started to show up.

Commercial fishponds are a good wildlife habitat and the new month greeted me with Whiskered Terns over the fishponds at San Tin. 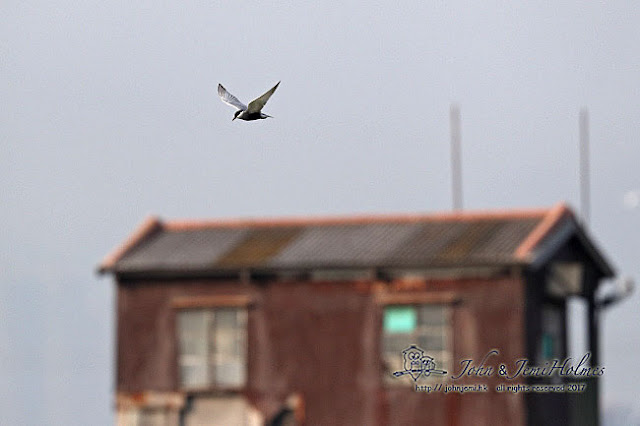 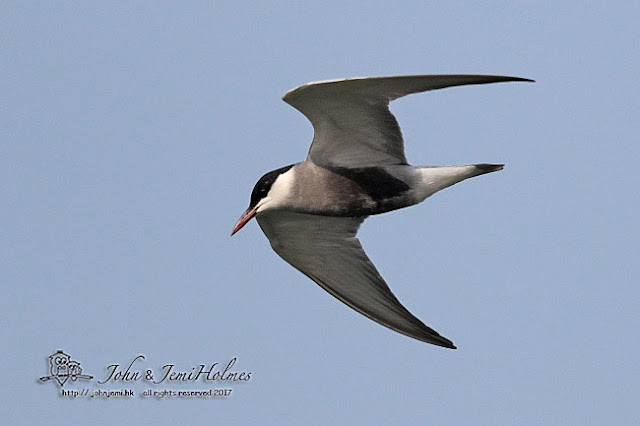 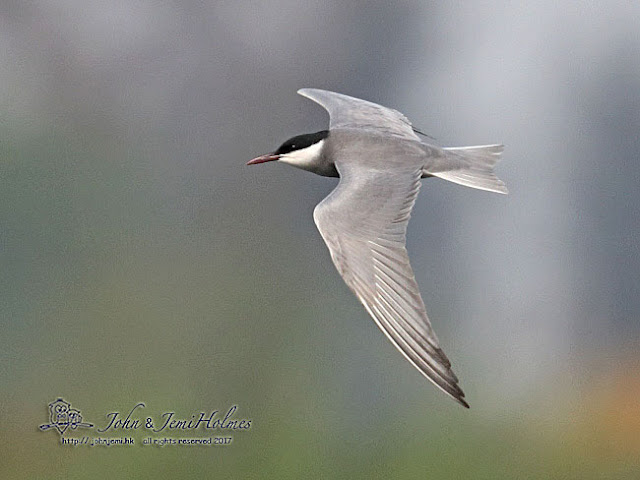 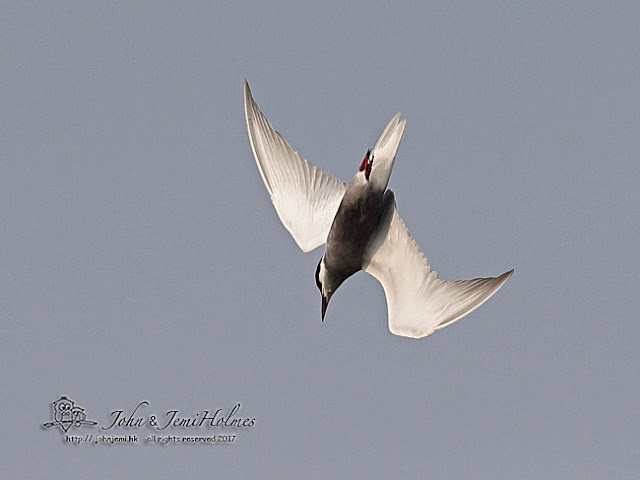 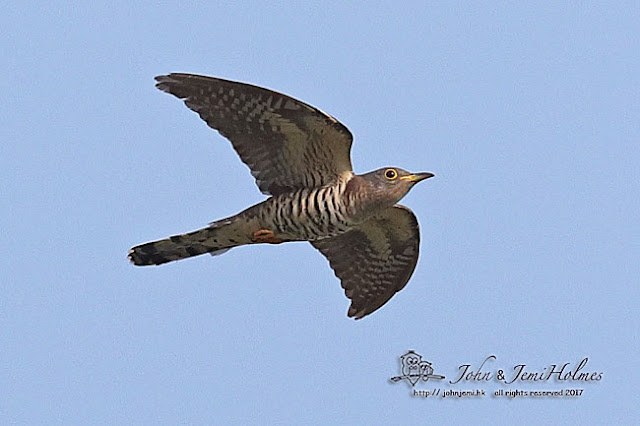 A few Black-collared Starlings were about, too.  A common resident, and some were seen carrying food for their young. 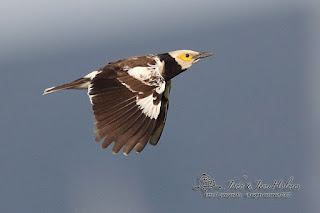 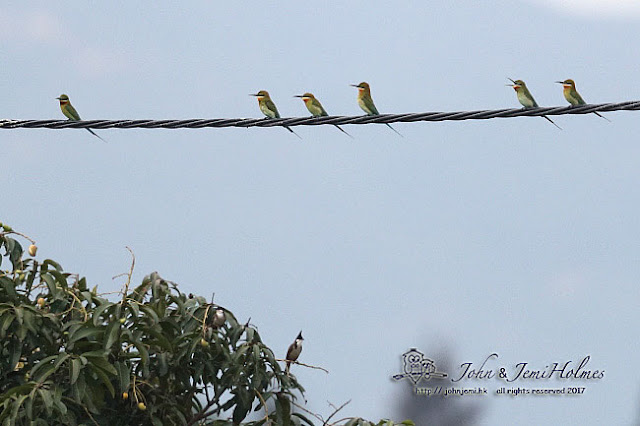 and Dollarbirds on the cables at Ngau Tam Mei. 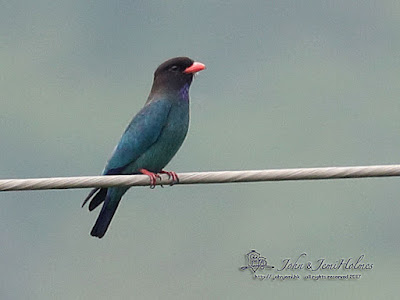 Also on May 1st, on Po Toi Island, a group of diligent birders had gone to try to untangle the mystery of whether a phylloscopus warbler thought to be Large-billed Leaf Warbler was actually that or another hard-to-separate phylloscopus of one of the three new species formerly known as “Arctic Warbler”.

Elsewhere on the island someone found - and got brief photographs of - HK’s second Oriental Dwarf Kingfisher.  Naturally, word spread like wildfire and the warbler was abandoned as people headed for the stream where the kingfisher had been seen.

Oriental Dwarf Kingfishers are long-distance migrants and in the 1970s were recorded in good numbers at Fraser’s Hill in Malaysia as part of the MAPS (Migratory Animals Pathological Survey) project.  Some birds must head northeast from Peninsular Malaysia to breed in Guangxi in China and Hainan Island. The birds in Hong Kong may be overshooting Hainan.

HK’s only previous record of ODK - in Tai Po Kau - was seen in early May, too. However, the finders - for whatever reason - didn’t spread the news, and no other person saw the bird.  (News of the existence of a HK photograph of Oriental Dwarf Kingfisher eventually reached the Hong Kong Bird Records Committee, and after enquiries the first record was accepted.)

Tuesday, 2nd May was not a Public Holiday, but ferries were running to Po Toi.  A group of optimists - including me - headed off to “twitch” the ODK.  Ferries arrive at Po Toi around 11:00hrs and depart three hours later, so the ferry service provided only a brief midweek window of birding opportunity.

Next to Po Toi’s helipad, a narrow path runs parallel to a thickly-wooded trickle of a stream. There, the the two-dozen or so birders/photographers set themselves up to wait for the kingfisher.  Despite the excitement, people were quiet, spread themselves out, and didn't try to barge too close to the watercourse. 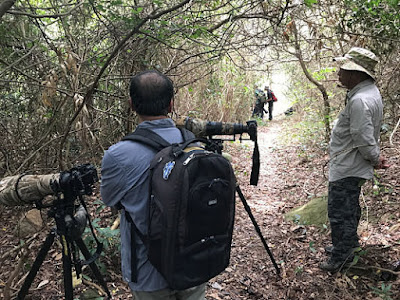 To cut three hours of birding tension short - yes. the kingfisher showed at various points at various times along the stream.  As befits a woodland kingfisher, it tended to stay in the tangles in the darkness.  I managed a couple of ISO 3200 record shots, of which this cropped shot is the best. 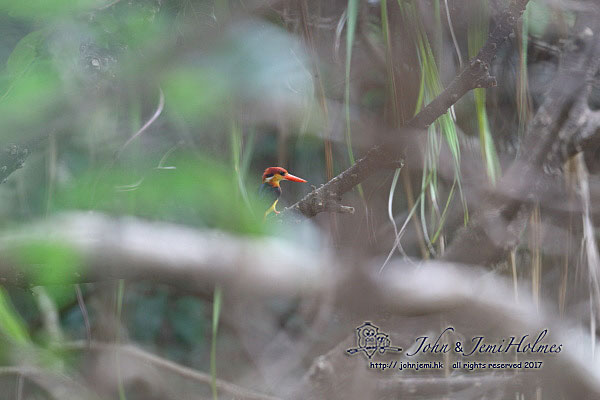 Closer to home, around the fishponds of the New Territories, there was an influx of White-winged Terns, neatly replacing the Whiskered Terns of the previous day. 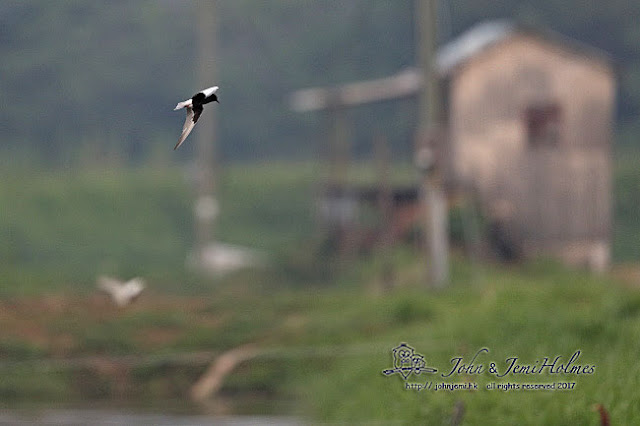 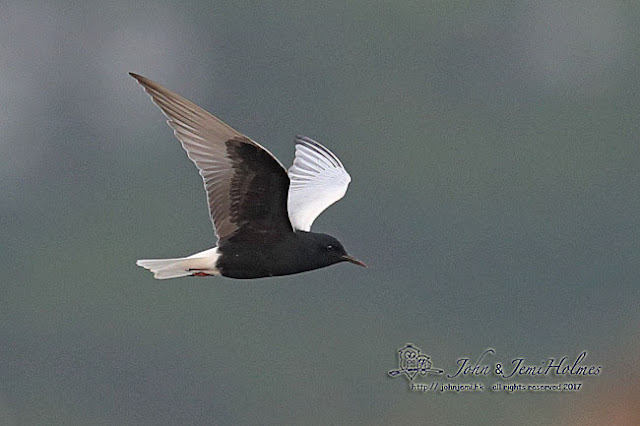 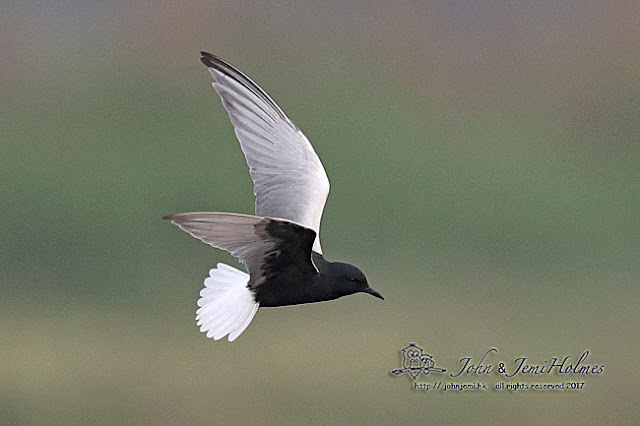 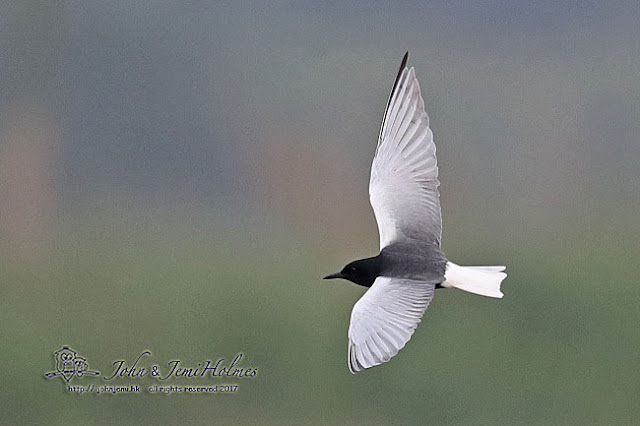 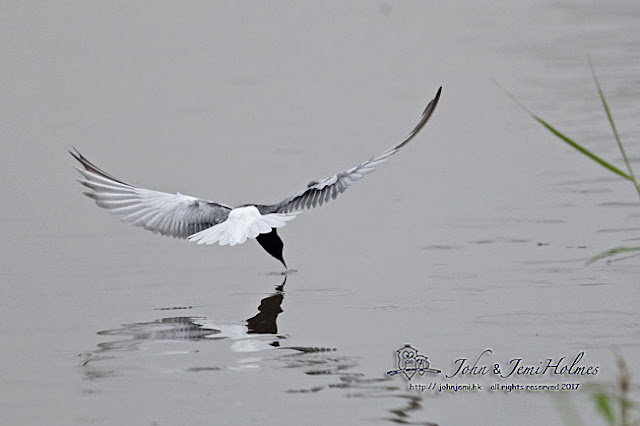 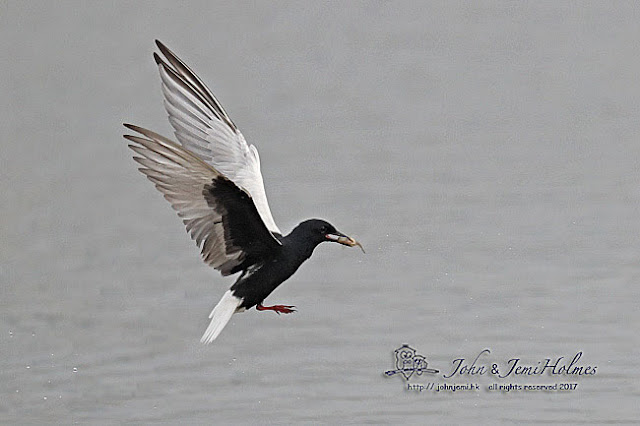 An annual bird of passage, but still one of my favourites.