We arrived in Yushu, se Qinghai on 22nd August.  We were due to join some friends for a fairly intensive high-elevation tour on the 25th, so arrived early to acclimatise.

It was badly damaged by an earthquake in 2010.

So with a couple of spare days to fill, the first thing we did was to pop round to the town’s Xinhua Bookstore for a local map.  For a modest outlay of 6 RMB we got a sheet with a city map on one side and a map of Yushu Prefecture on the other, bordered by pictures of local attractions.

Up at the “Tagdar lookout” we had views of the city, some rather shy Pikas, and a Little Owl in the last couple of hours of daylight. The map gave us an excuse to chat with the locals about what to see.

On the map was a photo of Black-necked Cranes with an arrow to where they could be found; - Long Bao National Nature Reserve, about 70 km northwest of town on Route S308. The locals concurred that the area was “good for birds”.

On the morning of 23rd August we headed out to Long Bao NNR, and and saw quite a lot of stuff from the road.  We had hired a Taxi for the morning, and the driver seemed to enjoy the outing, too. 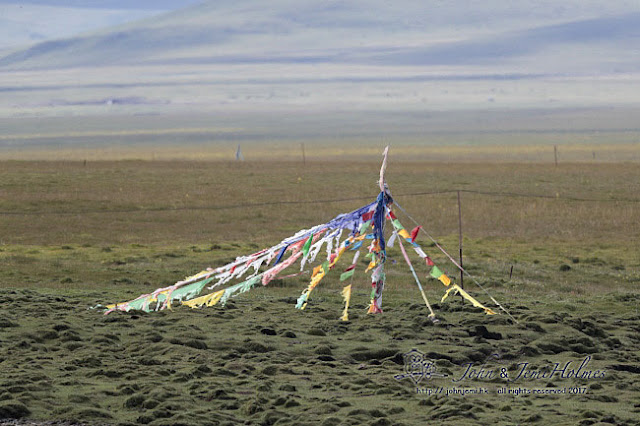 Black-necked Cranes were there, in four different family groups. There were Whiskered and Common Terns, Bar-headed Geese and Ruddy Shelduck.  It was probably a bit late in the breeding season to see all the summer breeders.

Long Bao NNR was reported on - as a potential Ramsar Site - in the Oriental Bird Club publication, FORKTAIL (Issue 29) in 2013.

A Red Fox with a pika in its’ mouth was an early highlight (but not for the pika, obviously.)


A dense population of Pikas was a sight to behold.


On the way back to town we passed a Tibetan Wedding party, and also later saw some Himalayan Griffon Vultures on the ground close to the road. 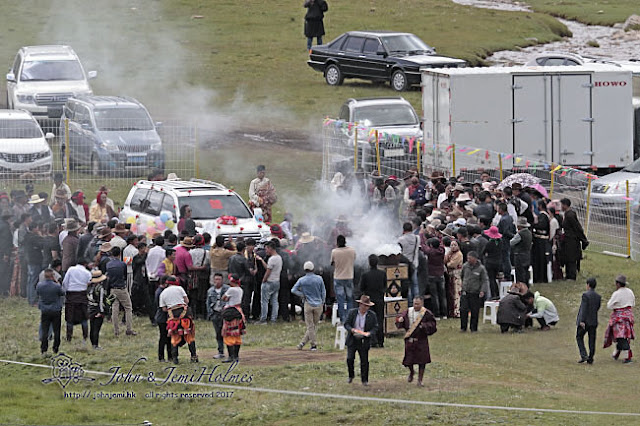 A chat with some local had revealed that Le Ba Gou - a popular weekend picnic area, was also good for birds, so we headed that way the following day (24th August).  It was 30km east of Yushu on the old main road, G214.

We were lucky to find one Ibisbill from the old road, but this juvenile had a drooping right wing, so we wondered how long it would survive.

A party of Common Mergansers at the rivers edge was a nice find,

but even better, soon afterwards we interrupted a large party of Tibetan Partridges going down for their morning drink.

The rocky hillsides were a good environment for the attractive Glover's Pika.

White Eared Pheasants were spied on the hillside as well. A party of twelve with at least two young.

In the picturesque valley of Le Ba Gou we saw many Elliot’s Laughingthrushes...


A plaque near a picnic area declared that the area is also known as "Ziqiong Valley".

We did a circuit, following a paved road over the mountaintops to Batang, near Yushu Airport. 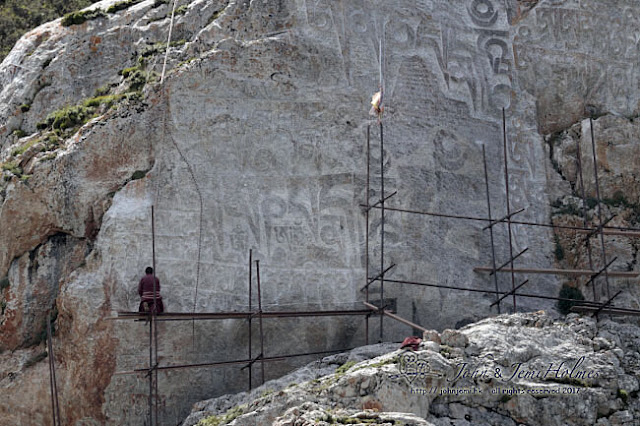 In fact the road comes out to route G 214 near Princess Wencheng Temple, south of town,  near the airport.  The new PW temple is bigger and a lot more ornate  than ithe earlier version which we had visited in 2007.  There seems to be a lot of rock-carving and painting going on all over the county.

Two birding half-days were enough for us in Yushu’s thin atmosphere, but we felt we were adapting well.