The American Zoologist Dr. George Schaller spent a year at Tangjiahe in 1984/5, and wrote about it in his book “The Last Panda”.


Brief summer visits were made by Jemi and I in 2005 and 2009, and I had spent a couple of nights there in November 2006. Winter time had looked promising for mammal viewing.

On this trip, our first and last days (including flying to and from Chengdu) were “travel” days, so we only had three days inside the Reserve.

Bird and mammal viewing was mostly done from the roads at the bottom of the steep-sided river valleys. Temperatures were below freezing at night, and rose only to single figures during the day, despite weak sunshine. There were patches of snow in wooded gullies and icicles in the river.

Many of the birds were encountered in fast-moving mixed flocks, but the hazy sunshine and it’s reflections were good for photography. As usual, most shots are quite heavily cropped, though.

After "spectacular" I run out of adjectives !

Tangjiahe is famously a good place to view mammals, and the late-winter lack of leaf coverage meant that the animals were easily sighted. If they thought they were safe across the river from us - like this Takin - then we really had prolonged views. This gave us lots of time to try to line up photos with as few branches in the way as possible.

There were several other mammals encountered here and there -

On our final afternoon we checked the road towards Motianling for otters in the river below us. There were no otters, but the first members of the group found a single Golden Snub-Nosed Monkey close to the road.  Dawdling at the back, I missed it. This photo was taken by Carrie Ma.

Accommodation at Tangjiahe had been fine on our earlier trips, but we found this time that it had really gone upmarket. The important thing, though, was that the food was still good, the electric blankets worked and there was hot water in the shower. 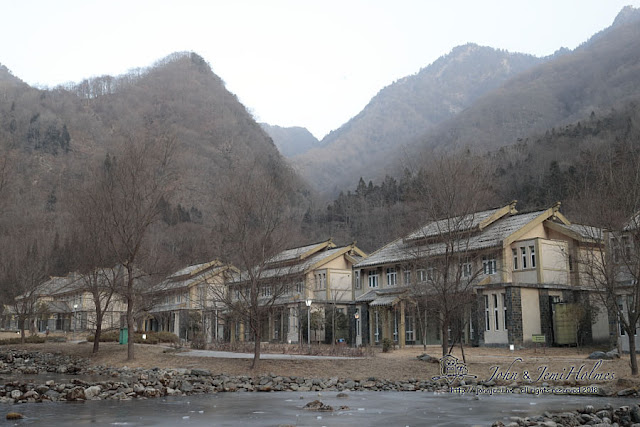 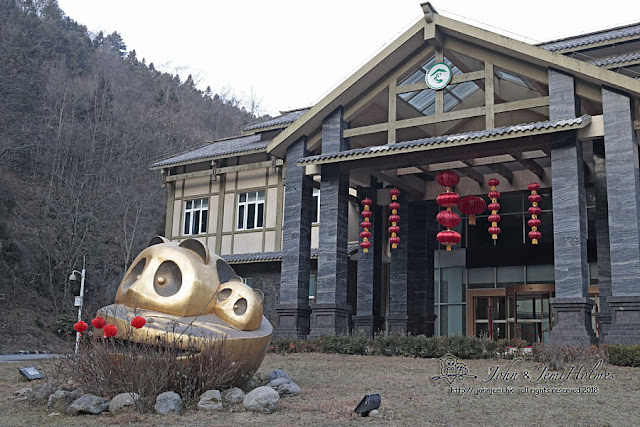 Our last night in Sichuan was spent near the museum at SanXingDui, where we added a few waterfowl on the nearby river to our bird count. We were surprised at the sight of people using cormorants to fish. 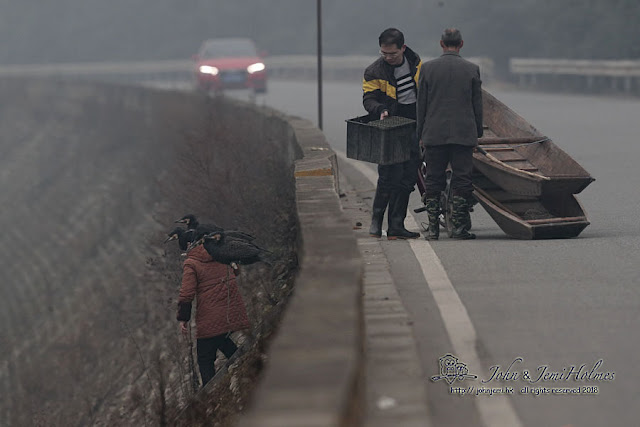 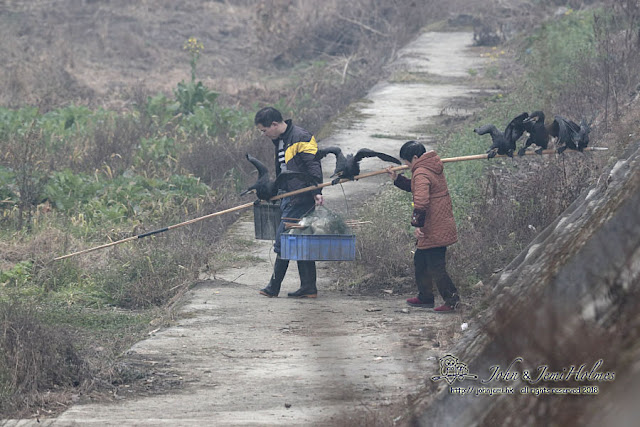 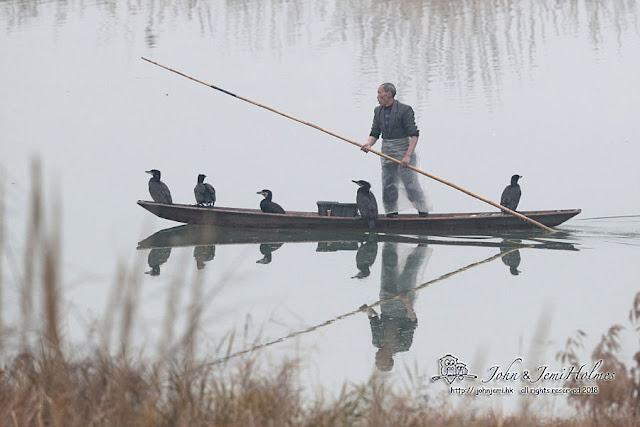 This practice is tough on the cormorants of course, but it was unusual to see this now-rare mode of fishing, especially on the outskirts of one of modern China’s major cities.

An early afternoon flight took us back to Hong Kong with indelible memories of Tangjiahe's wildlife.


Many Thanks to Carrie Ma for organising the trip.