In the spring of 2020 Jemi and I took part in the HKBWS Territory-wide Night Bird Survey. Our initial agreed route concluded at Fan Kam Road near Lin Tong Mei. 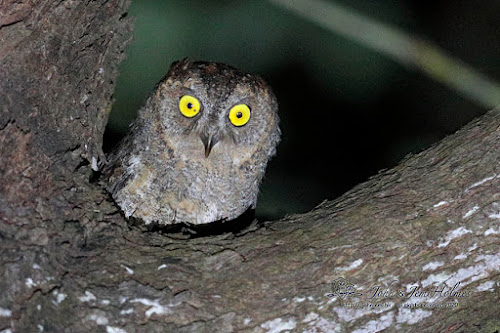 On May 16th in mid-evening we decided to continue eastwards and bird around a quiet track nearby. This area is near/at the boundary of Lam Tsuen Country Park, but the flat land is occupied by single storey dwellings and smallholdings.

At the far end the paved road peters out into a track that drops into a dip that has a fishpond and some open storage areas, but the steep hillsides around these features have some tall trees (not all native) and dense understory.

Relatively undisturbed, the area can be habitat for resident species like Collared Scops Owl and Asian Barred Owlets. In 2004 and some subsequent years Malayan Night Herons bred in the area.

Jemi and I heard a repeated two-note call “bar-bap…bar-bap…” which reminded us of Asian Barred Owlet, sounding like the first two notes of ABO’s longer call.

We recorded the bird - which was close - with an I-phone and put the call on the “Local Patchers” WhatsApp group. Although the call was unusual there was a general consensus that the two-note call was likely an aberrant call of ABO.

On June 24th we returned to the area and met two other birders we knew who were investigating a two-note call that they believed to be Brown Boobook, a regular passage migrant but not known to breed in HK.

We did not hear the “mystery call” that evening.

On July 25th we returned to our mystery owl site at the end of our Night Bird Survey.  Arriving at a high point near the end of the road, after a few moments we heard the two-note call again. It was close at first, regular, and calling at about 4-second intervals.  We recorded it again with mobile phones.

The bird did not call continuously, it would stop for a few minutes at a time. At one stage it seemed to start up after being disturbed by the movement of passing car headlights.

After twenty minutes it moved away, unseen, back the way we had come.  Driving the road we stopped at a junction lit by a street light. There Jemi located the calling bird with a small LED torch.  I got a few shaky photos, before we were interrupted by a passing vehicle. Later, examination of the photos were enough to see that the bird was NOT Asian Barred Owlet, nor a Boobook.

On 26 July we contacted John Allcock who had commented on the May 16th recording. JAA confirmed our suspicion that the mystery owl was an Otus of some kind.  He forwarded a link to a Xeno-canto recording of Elegant Scops Owl, made on Lanyu Island, which seemed similar.

Arrangements were made and that night several of us returned to the owl site where the bird was again recorded with better quality equipment.

We didn’t get a good view of the bird on 26th, but we did a couple of days later. 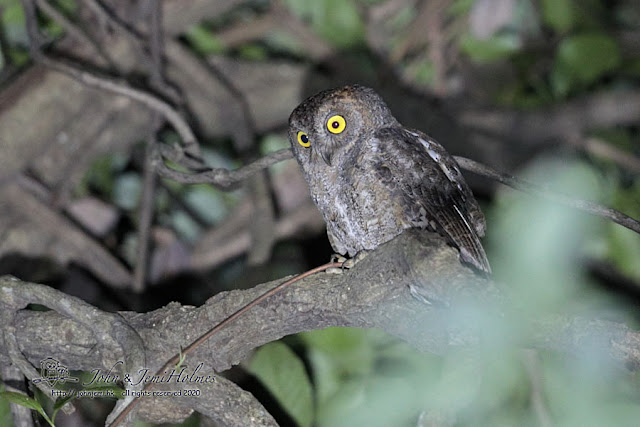 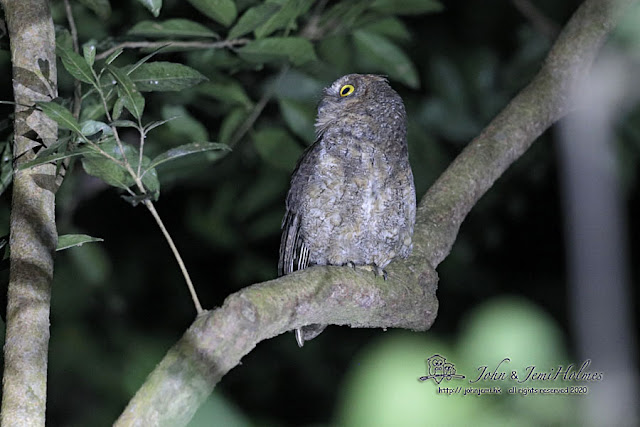 To make a long story short, the recordings and photos indicate strongly that this bird is of the Lanyu Island race of Ryukyu (Elegant) Scops Owl (Otus elegans).

It is a “First" for Hong Kong - indeed a “First” for mainland China/mainland Eurasia. 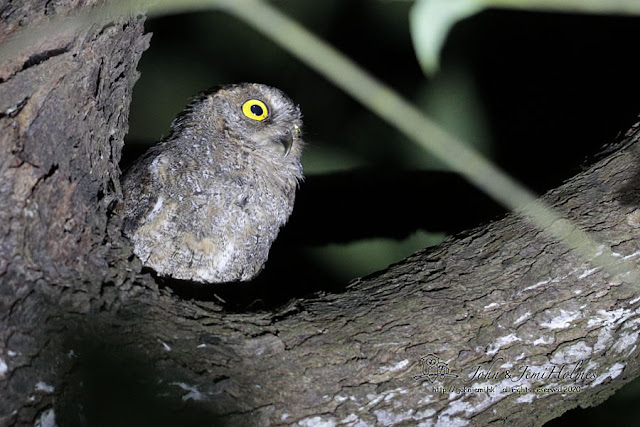 Ryukyu Scops Owl (Otus elegans) - July 2020
In the way that these things happen, news spread and many people have been to see the Owl in the past couple of weeks. 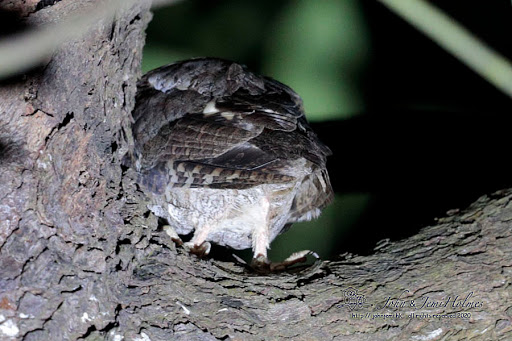 Everybody needs a break from Covid-19 and local politics, but I hope this distinguished visitor does not get disturbed too much.