Gull-billed Terns (Geochelidon nilotica) have been menacing the crabs and mudskippers on Deep Bay’s mudflats.
The best views are from Mai Po’s boardwalk hides. 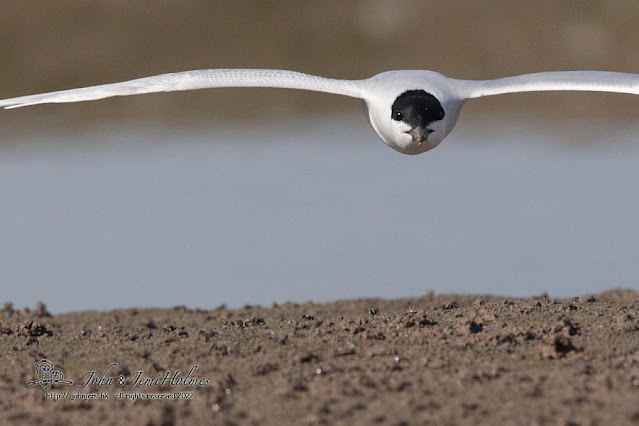 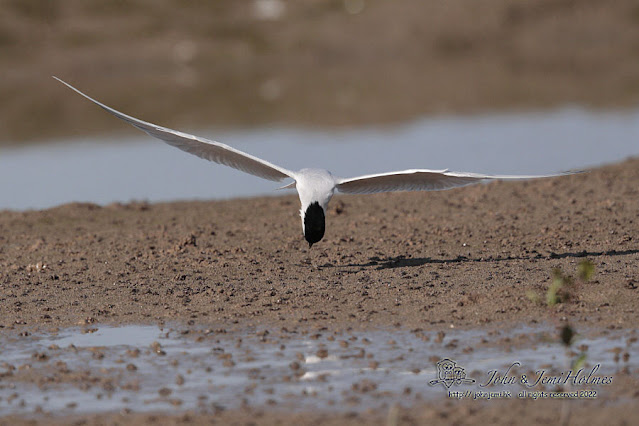 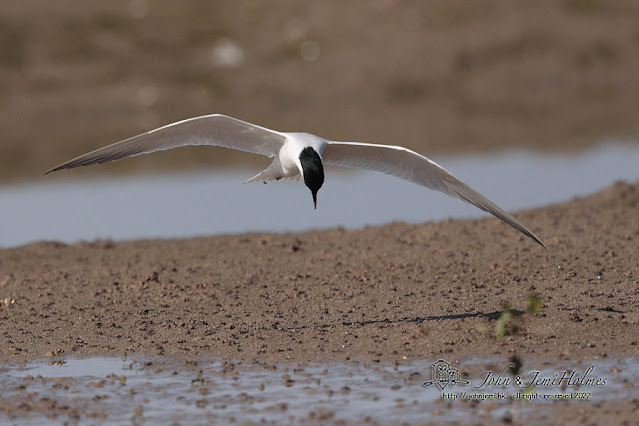 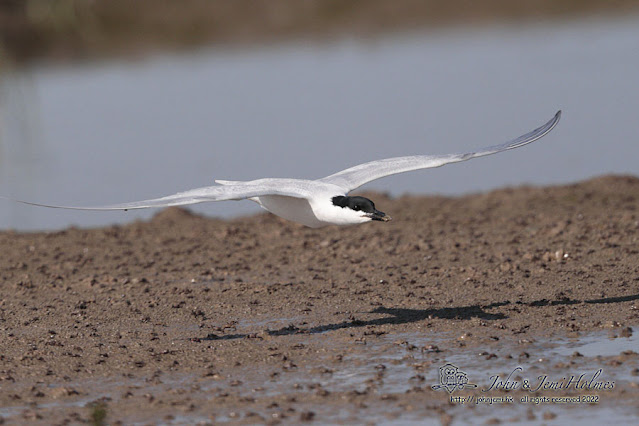 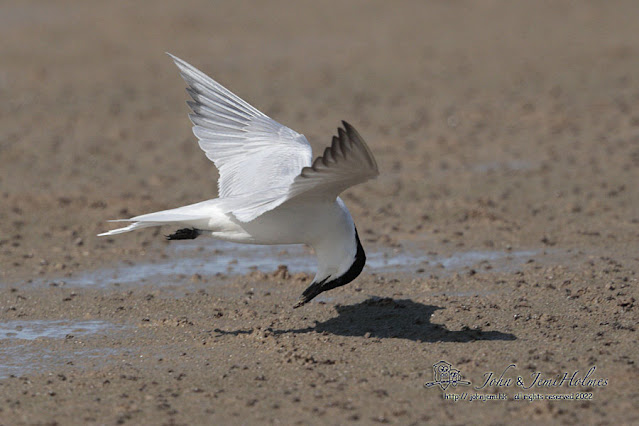 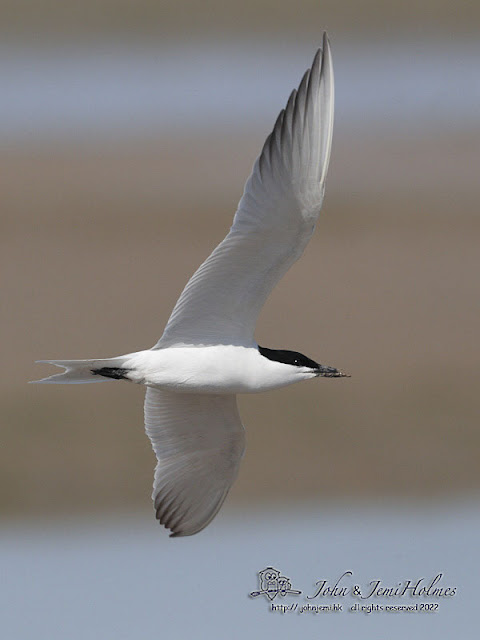 On a clear day you can see forever....well, Shehou in Shenzhen, anyway. 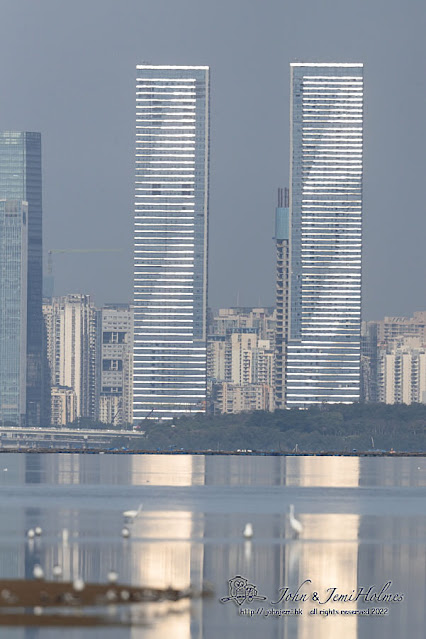 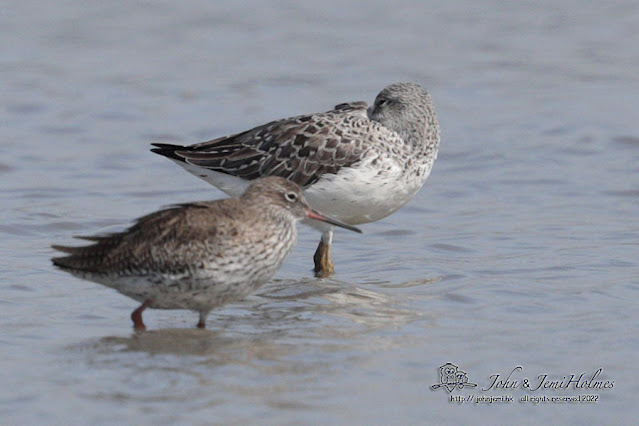 ...and Oriental Pratincoles (Glareola maldivarum) on a drained fishpond in San Tin 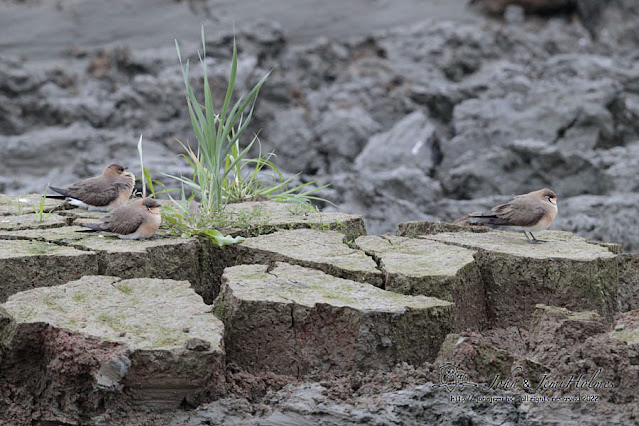 ...so, distant and heavily-cropped, here are record shots of an unusual-for-HK adult male Eastern Marsh Harrier:-

And, last but never least, some of the Black-faced Spoonbills (Platalea minor) have gained spectacular golden tints in their  plumage prior to departure back to their Korean breeding grounds.
Posted by John Holmes at April 05, 2022