Another clear and cool morning at Mai Po Nature Reserve. 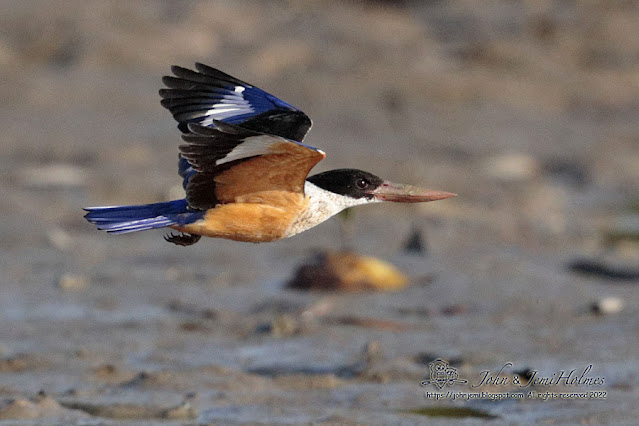 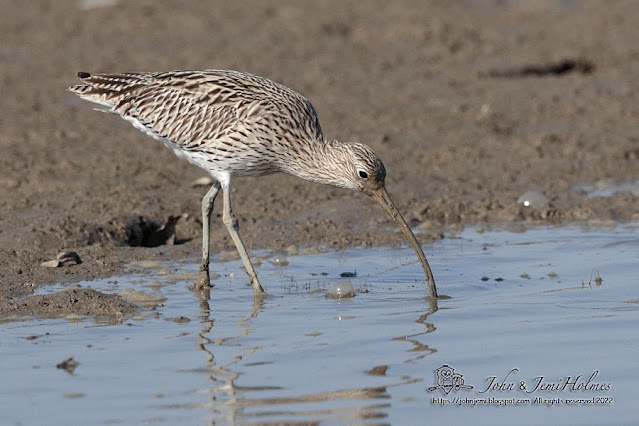 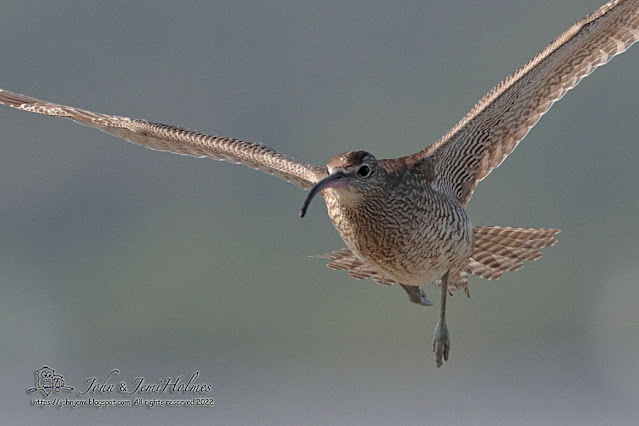 I saw the tide come in at the outermost boardwalk hide, and the “usual suspects” were present, but nothing unusual. The flags on this Common Redshank were a sign that the Hong Kong bird ringers had been busy. 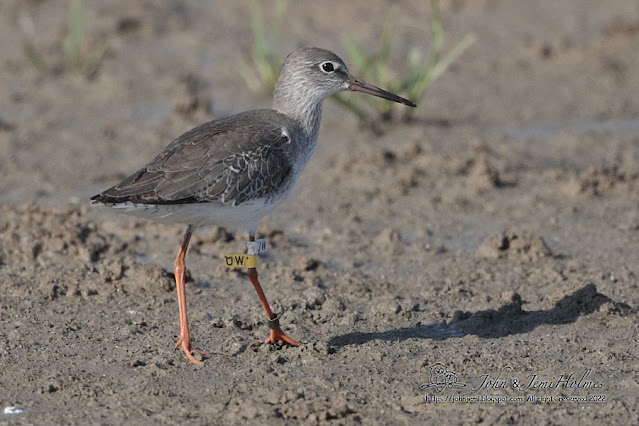 Round at the oldest hide I met KK Hui and another photographer. We hadn’t been sitting there very long when three large, pale geese flew in and landed about 100 metres out. 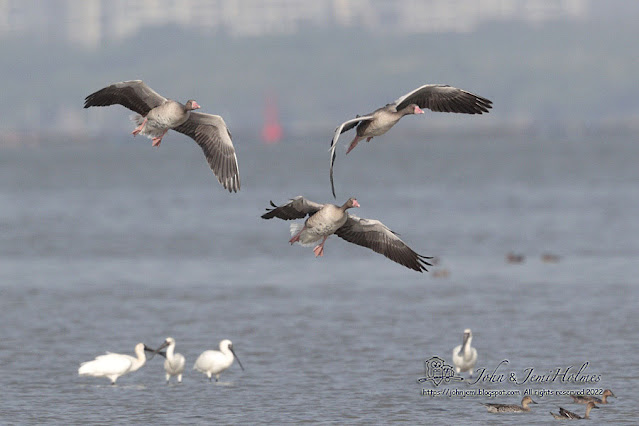 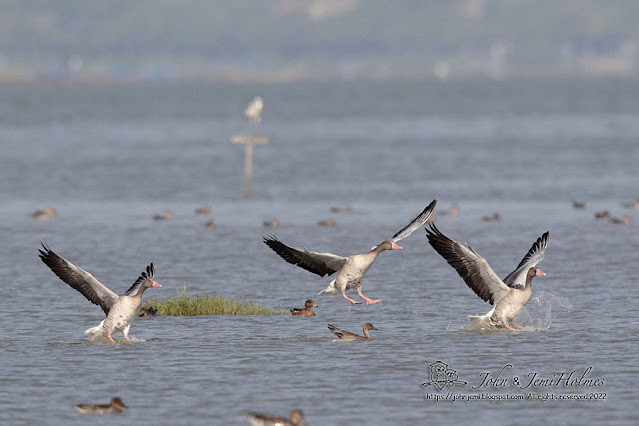 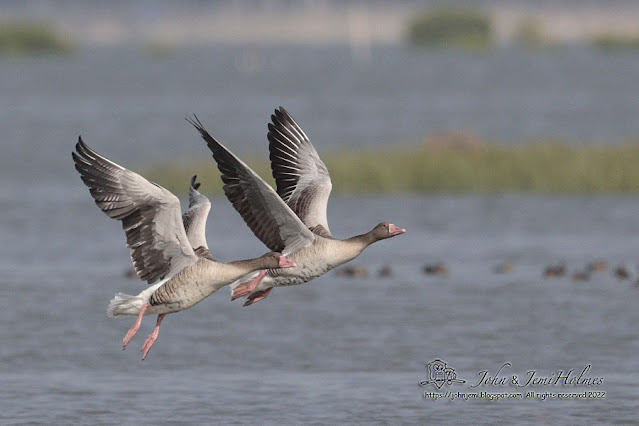 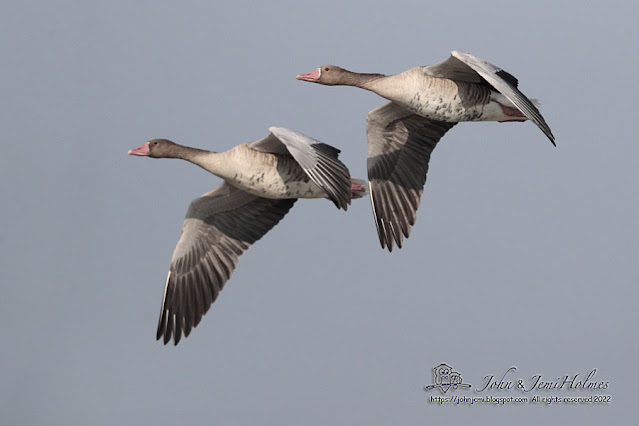 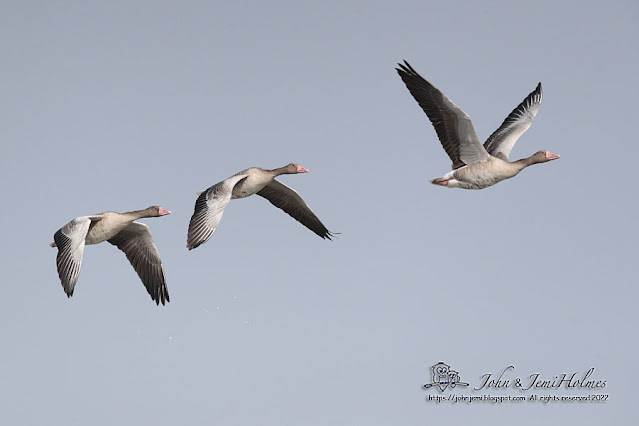 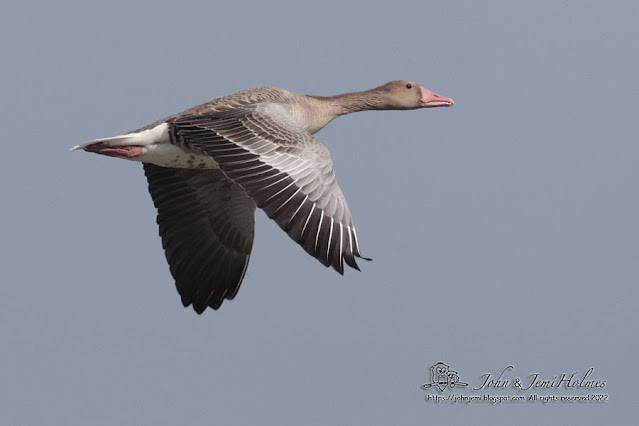 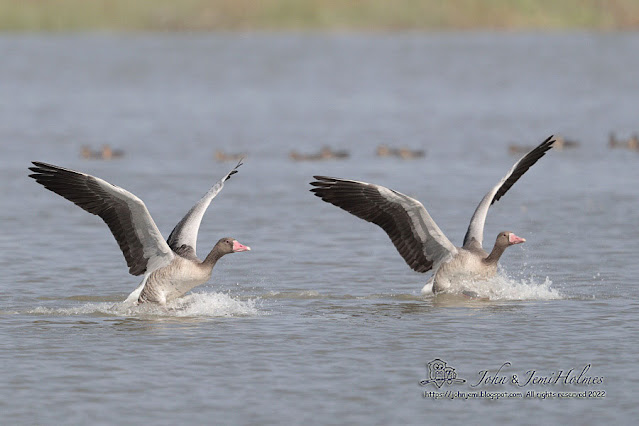 Greylags - a seventh or eighth record for HK.  They obligingly took off and circled, then landed again and drifted closer.

While viewing the Greylags we had a brief flyby of three Greater White-fronted Geese. By the time I’d identified them on the back of the camera they were long gone.

It was our good fortune that, when the Greylags left after about an hour-and-a-half, the Whitefronts reappeared briefly. 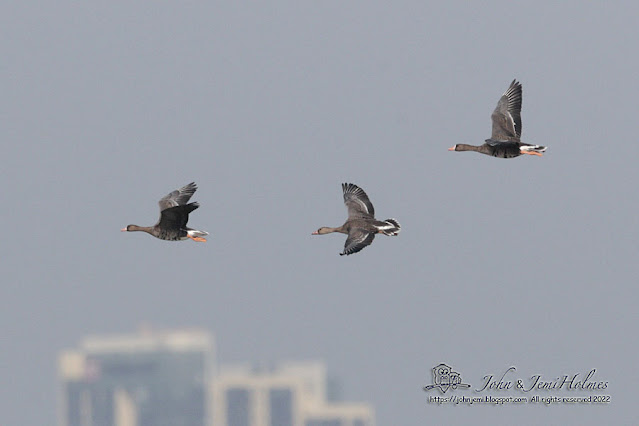 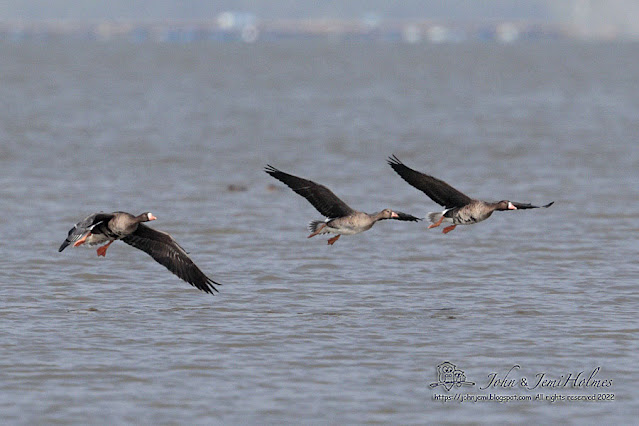 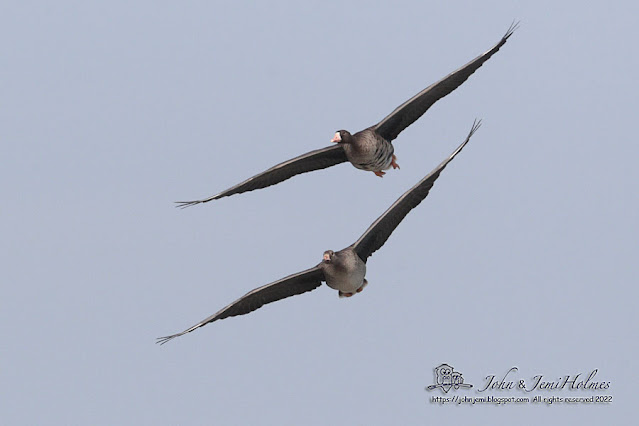 Fewer than ten HK records for this species. Geese are rare in the tropics, even in the winter.

Later still, we saw all six geese heading towards Tin Shui Wai, where they were duly reported over HK Wetland Park.