With many roadworks along the way, Deqin (formerly Atuntze) is nine hours to the northwest of “Shangri-la”. Deqin is a stopover point for people taking an eight-day overland trip to Lhasa.
The main attraction in the area is Feilaisi, 15km further along the Lhasa Road, which sits opposite one of the finest mountain panoramas in Asia.  A line of thirteen snowclad peaks - all over 6,000m metres high – is called Meili Snow Mountain in Chinese, and Kawakarpo by Tibetans to whom the range is a holy site, circumnavigated by pilgrims.  The famous plant collector, Frank Kingdon Ward, (the Ward of  “Ward’s Trogon”) visited the area in 1911, and the American Dr Joseph Rock made the view the subject of his illustrated National Geographic articles in the late 1920s. 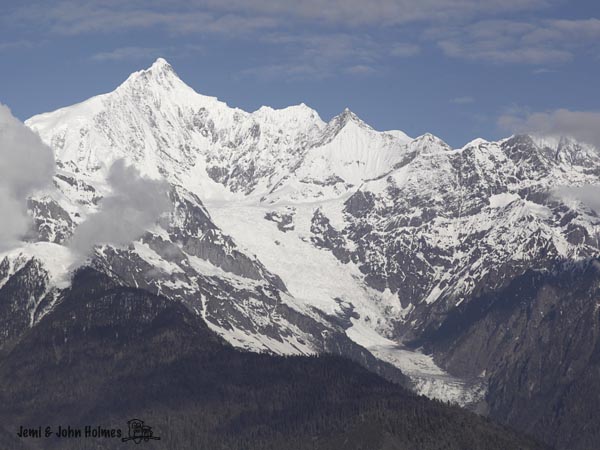 Conventional wisdom has it that Rock’s Nat Geo articles inspired James Hilton’s Shangri-la book “Lost Horizon”. Obviously, this is part of the rationale behind the name change of Zhongdian to “Xiang Ga Lei La”.
When we first visited Feilaisi in 2005 there was a line of restaurants and guesthouses on the right hand side of the road, and on the left a line of stupas among the bushes with cattle and yaks wandering around,  the tinkling of bells around their necks adding to the atmosphere.  Since then an unwelcome brick wall has appeared beside the road on the left as part of an official viewing area (Admission: RMB 30).   The view can still be appreciated from a couple of hundred metres down the road for free, and from the terrace of the place we stayed, from where I took the photo above.
The road from Feilaisi descends to a bridge over the foaming Lancang (Upper Mekong) river, where, after paying our admission fee we drove to Mingyong village.
The 4 – 5 km track to the glacier climbs through a mixture of broadleaf and pine woodland. 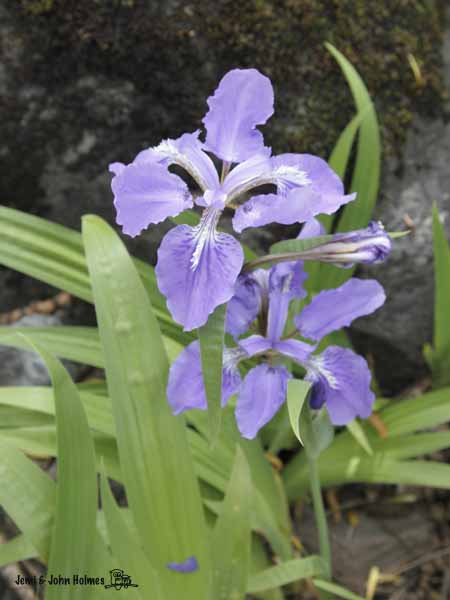 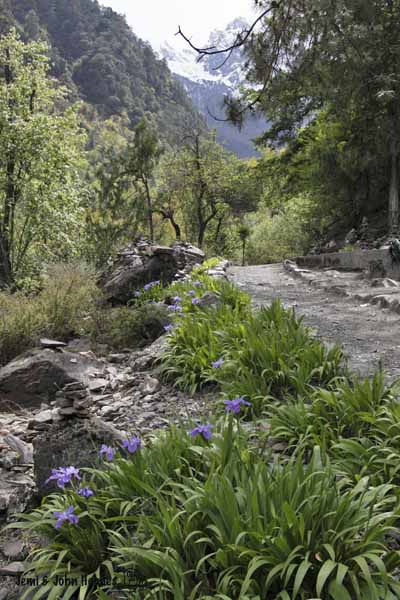 It was nice to see many irises by the side of the path
Many visitors hire ponies to get up to the glacier, but putting someone my size on a pony would be an act of cruelty, so I walked.  Besides, you can’t really take photos from the back of a pony.  As it happened, most of the woods on the way up were very quiet and I mostly used the camera and tripod to lean against. 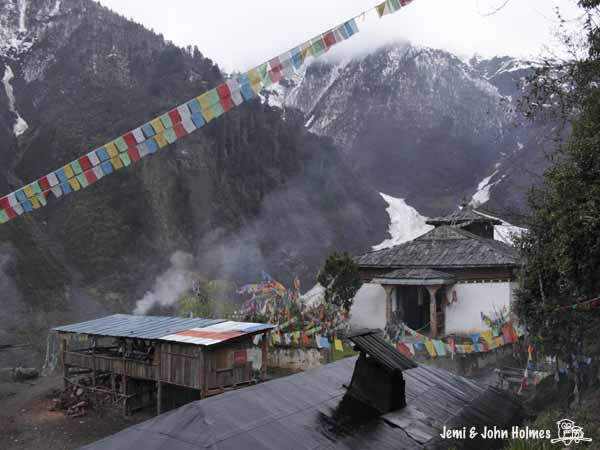 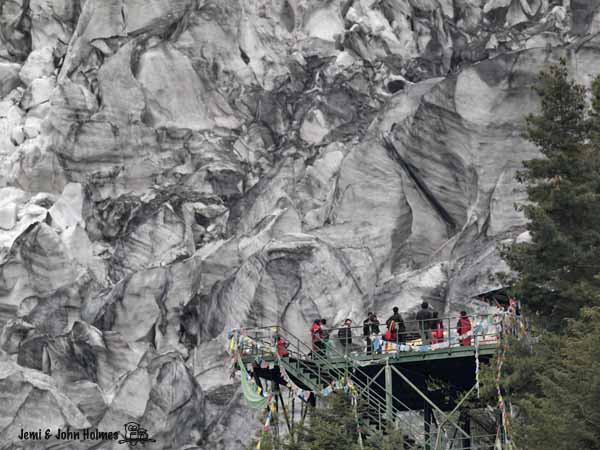 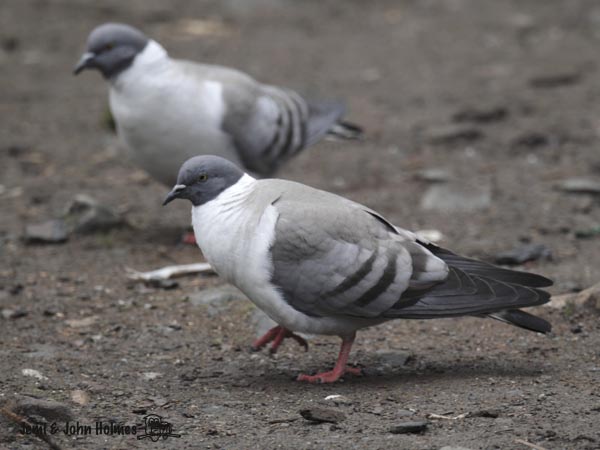 Snow Pigeons foraged for crumbs around the yard 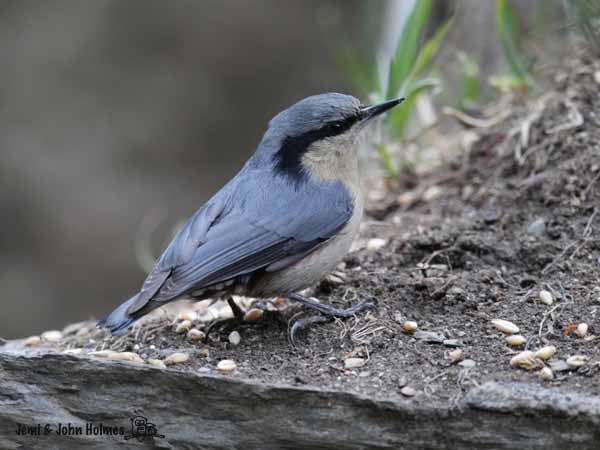 The Temple had a brazier beside it for the burning of juniper, and much barley was scattered about, to the delight of this Chestnut-vented Nuthatch and other birds. 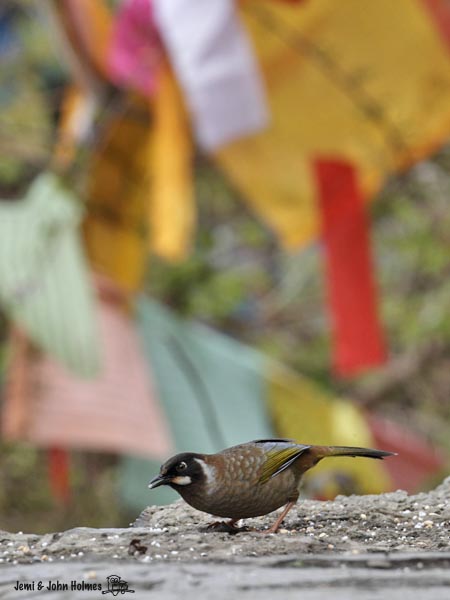 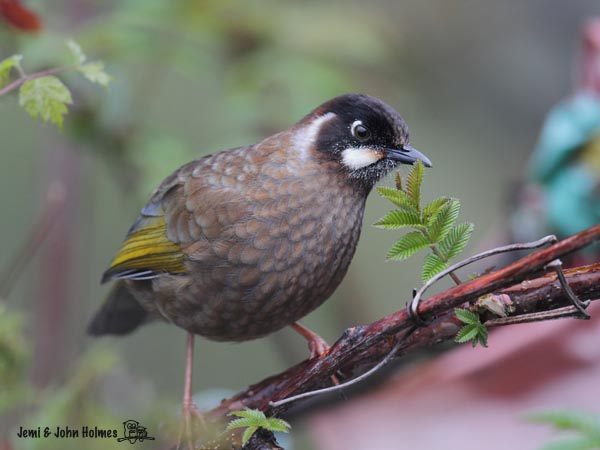 Black-faced Laughingthrushes (G. affinis) were also emboldened by the prospect of  a free buffet 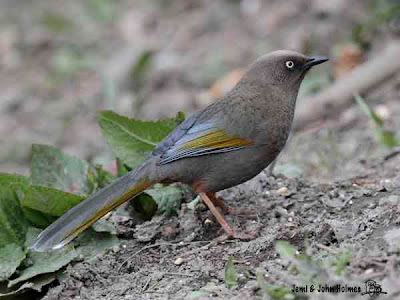 Elliot’s Laughingthrush was there, too 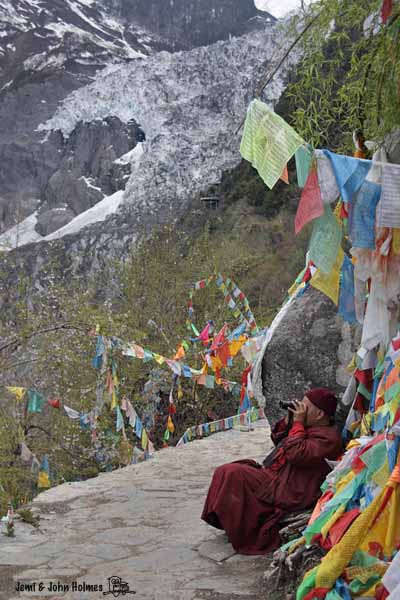 Pheasants and even Red Panda can appear near the temple in winter.  April may have been a bit late in the year, but this monk was keen to use my binoculars to scan for them !

Jemi went even further uphill, to the Lianhua Temple, which had more snowy surroundings and a view of Kawakarpo when the weather permits.. 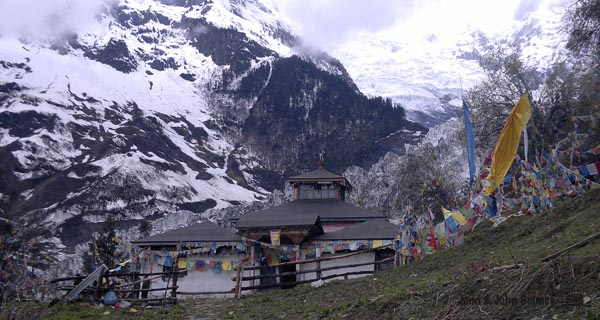 For the locals, the spiritual aspect of Linhua Temple makes it a "Must visit".... 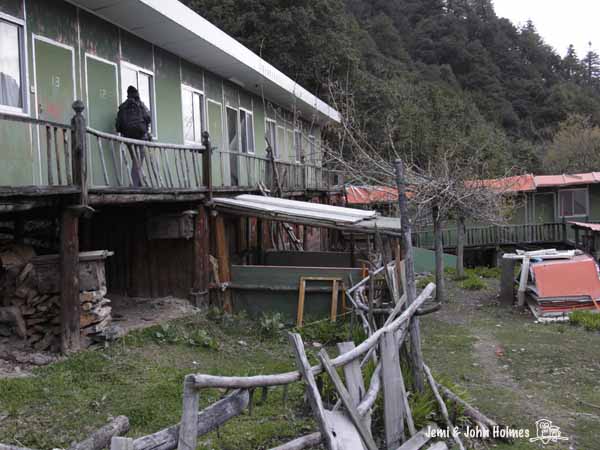 Chalets near Mingyong Glacier
Having gone that far, we decided to stay in one of the chalet rooms near Tai Tze Temple  rather than hike back down the same day.  Unfortunately, many of these units have been damaged by heavy snow on the roof.  Our room had a big pole holding up the ceiling. 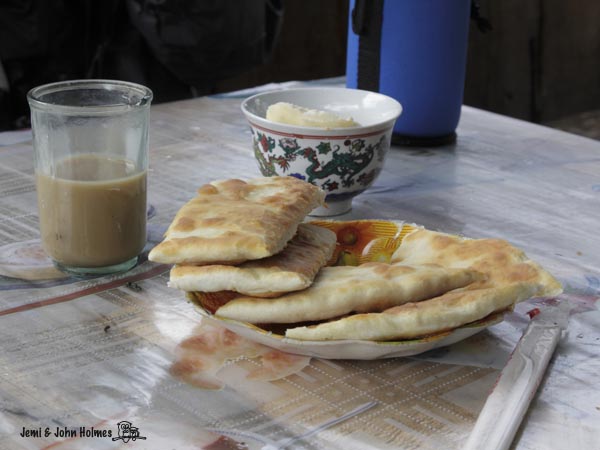 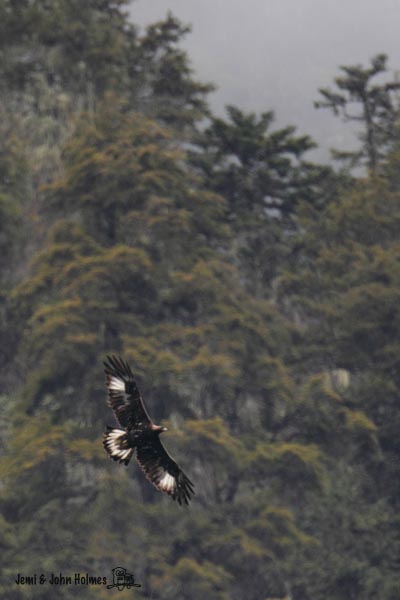 A juvenile Golden Eagle circled the hills above 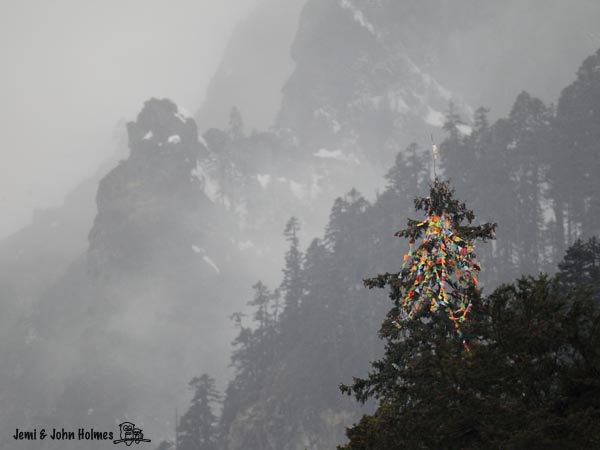 Prayer flags
Not a cosmic variety of birds, but Mingyong Glacier and the track to it was certainly an atmospheric place to spend a couple of days.


There is lots of historical material at Michael's Dr. Joseph Rock blog here: