To the southwest of Kawa Karpo - the “Prince” of Meilixueshan’s peaks - lies Miancimu, the “Princess” Peak.  Both have spiritual significance for Tibetans.
The Austro-American explorer, Joseph Rock, waxed lyrical about Miancimu in his 1929 articles in National Geographic. 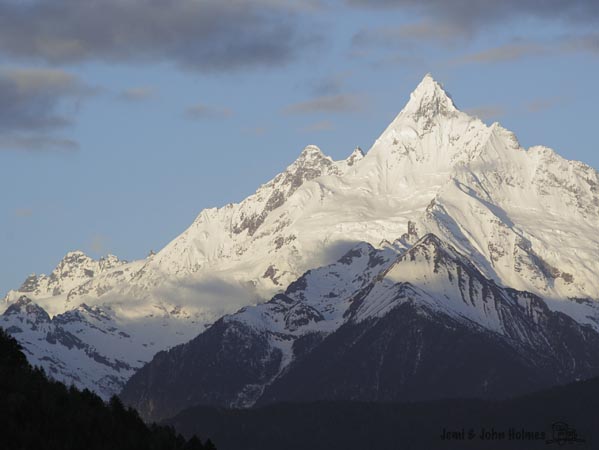 "....the most glorious peak my eyes were ever privileged to see. No wonder Tibetans stand in awe and worship it. It is like a castle of a dream, an ice palace of a fairy tale.... "
Such a description may seem a bit over-the-top, but Rock had come a long way through bandit-infested country to get to view the mountain.  Anyway, Rock did enough to inspire the author James Hilton to include a “perfectly triangular peak” overlooking “Shangri-la” in his 1934 book, Lost Horizon.
We modern tourists, staying on the western bank of the Mekong River, got a vehicle from Mingyong to a roadhead at Xidang Hot Springs.  From Xidang there is a 12 kilometre trek to Upper Yubeng village, which involves climbing about 1,000m to a snowy pass at an elevation of 3,700m. 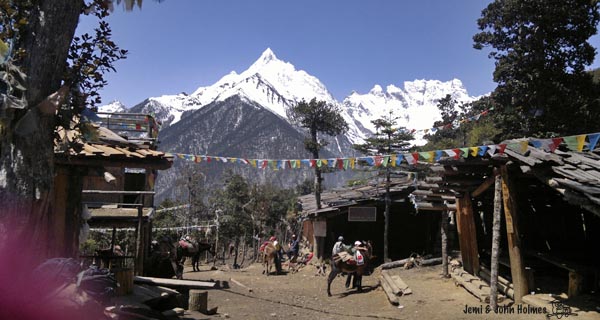 The pass above Yubeng... it's all downhill from here !


We descended towards a landscape dominated by Miancimu and other snowy peaks.  I confess that I paid someone else to carry the camera this time, and the above shot was taken with Jemi's mobile phone.  I kept the tripod to lean against periodically, though, and very useful it proved. Only the view and the prospect of my first beer kept me going.
This is a morning view from the front of our guesthouse, "Hiker's Home". Miancimu is in the centre. 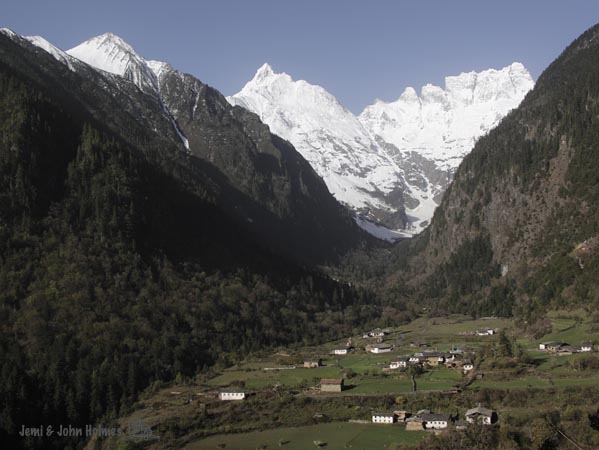 
I was admiring this view the first day we were there when I was surprised to hear a flock of parakeets.  They were quite distant, and we didn’t get much on them.  Over the next few days we got better views and were able to confirm our initial suspicion that they were Derbyan Parakeets. 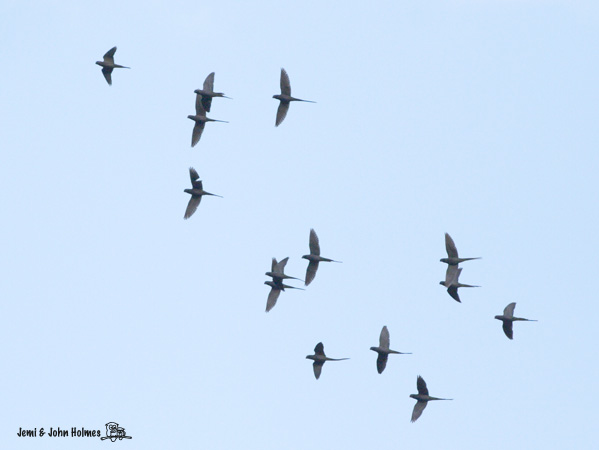 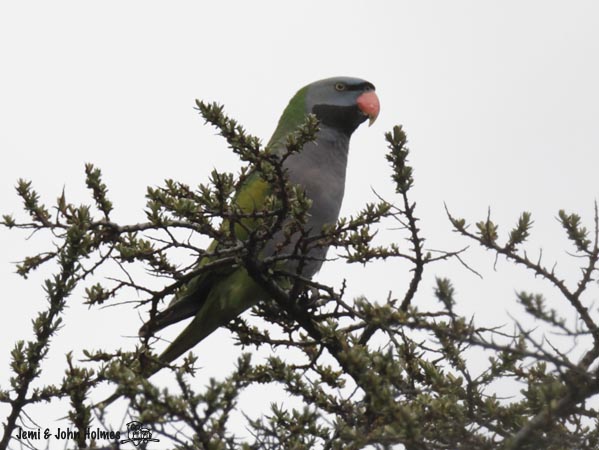 I'd have to report that much new construction in Upper Yubeng may be endangering the former rustic charm of the area. 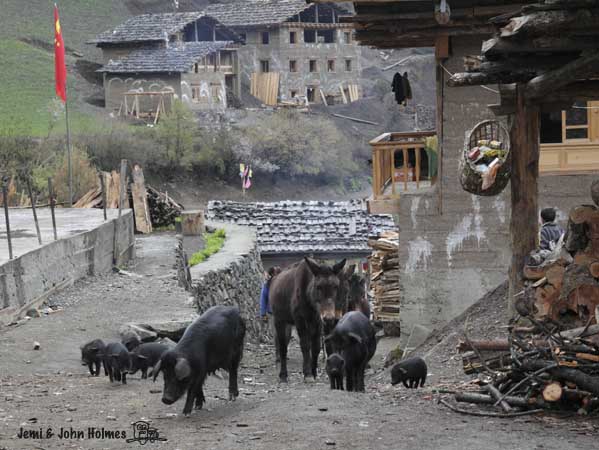 Much new construction in Upper Yubeng 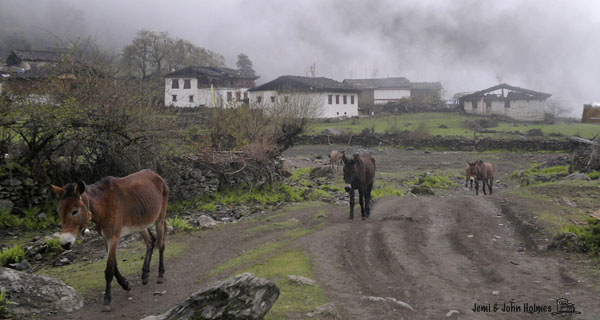 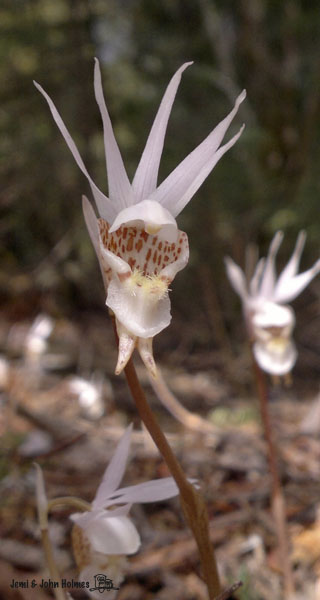 Orchids
Jemi hiked up to the remains of the Base Camp for an ill-fated 1991
Japanese Climbing Expedition
(
Seventeen people, including local guides, were killed in an avalanche
).
Tibetans still perform the circular trek or "kora" around these peaks, but trying to climb to the top of the mountains is seen as disrespectful. There is still a lingering resentment among locals about the circumstances of the expedition.
An official ban on trying to climb the mountains was later imposed. 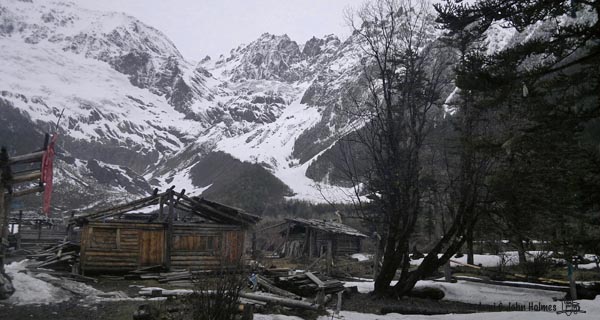 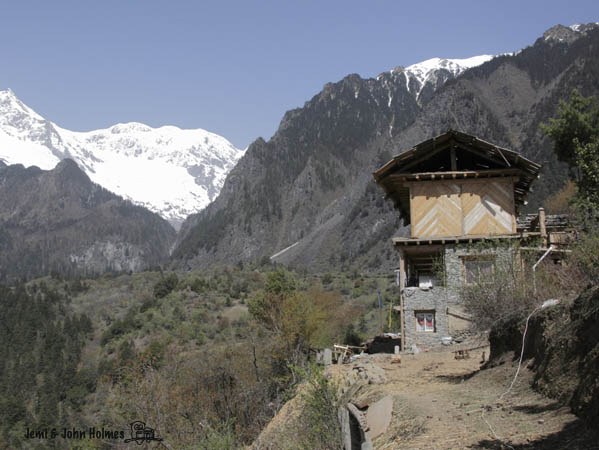 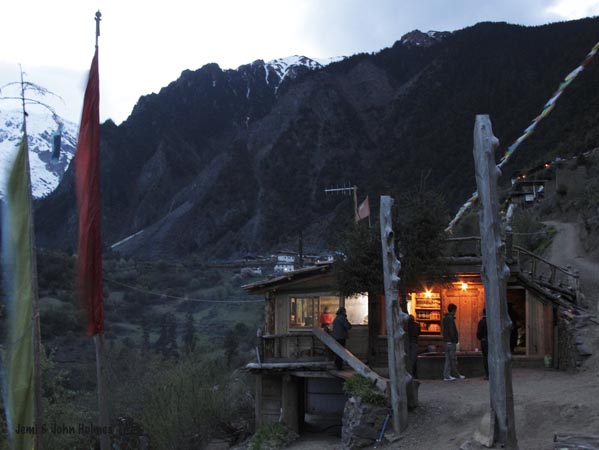 The kitchen and dining area was in a separate building
Birds generally were quite shy, but with patience and the 800mm lens I got a few photos. 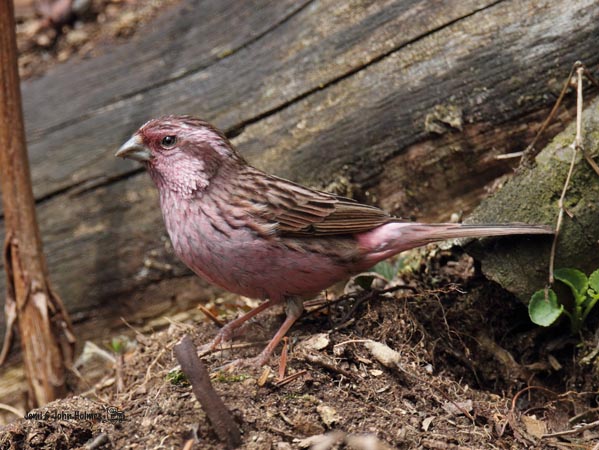 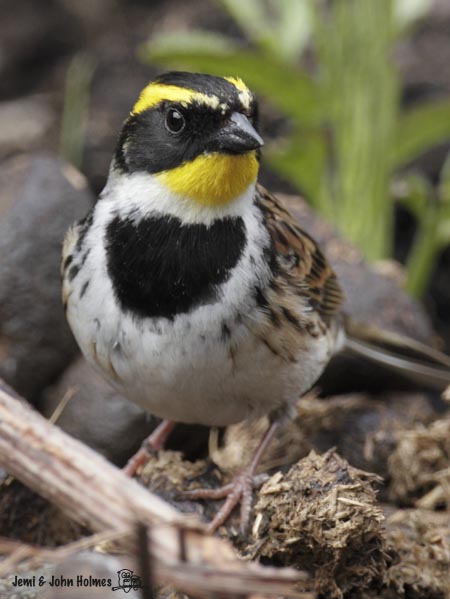 Yellow-throated Bunting
Years ago on Emei Shan I had a brief view of Gould’s Sunbird in a flowering tree and thought “It would be nice to get a photo of that !”.  On this trip we had a couple of trees in fine blossom and many photo opportunities. 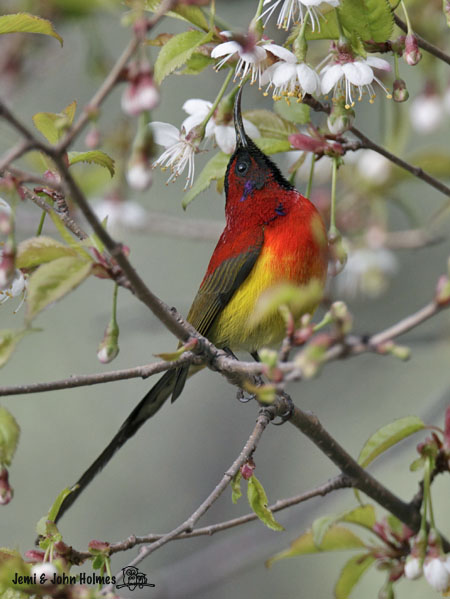 Gould's Sunbird
One rainy morning on a track that contoured the mountain  I could hear pheasants in the scrub below me, and one seemed to be getting closer. I stood in the shelter of the only sizeable tree around and pointed the camera at what I thought was a likely spot for it to cross the path. I  cranked the ISO up to 1600 and the aperture to f.8 for a bit of extra depth-of-field….  I only had to wait about ten minutes before this came into the open. 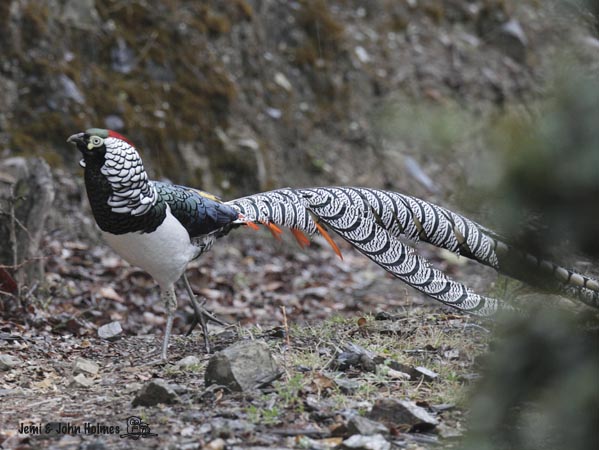 Lady Amherst's Pheasant
The only Lady Amherst’s Pheasant we actually saw on the trip, although we heard many.