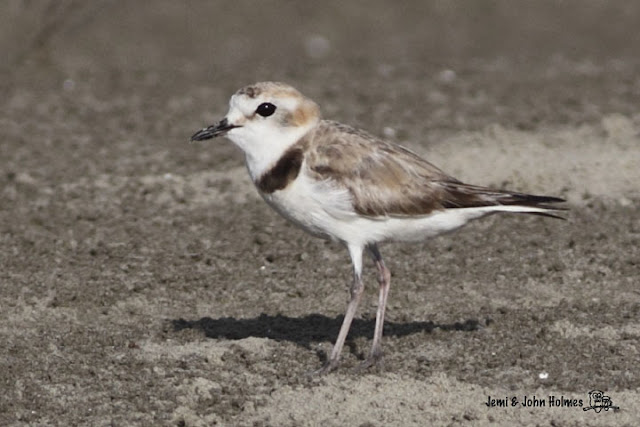 Last weekend I arranged to accompany Shenzhen-resident Brian Ivon Jones to Dahu Beach, near Haifeng. My aim was specifically to see and photograph the  Swinhoe's Plovers Brian discovered breeding there in late May.
The background to the belated identification of these long-overlooked  birds is set out here:-
http://www.surfbirds.com/Features/plovers1108/malayplovers.html
Although the article, by Peter Kennerley and David Bakewell, is titled "Malaysia's Mystery Plovers" , they were later found to be breeding in Fujian Province, and  - thanks to Brian - now known to be doing likewise in Guangdong.  With wintering records from Hainan Island as well, they are very much south China's "mystery" too.
Although I've seen breeding WFPs before - at Changle Beach, Fujian Province, in 2008 - the sighting of an odd juvenile plover in Hong Kong on May 31st  re-kindled my interest in this enigmatic bird. Hence my eagerness to get to this nearby site.
In turn, Brian was continuing his weekly monitoring of breeding progress of these birds. He has been reporting progress on the "Surfbirds" website here:-
http://www.surfbirds.com/forum/showthread.php?t=2312
It took just under three hours to get from Shenzhen to Haifeng  on a comfortable coach, where Brian was greeted like a long-lost cousin by all and sundry at his usual hotel.
On Saturday, June 25th, a 05:30 start and a taxi ride got us to Dahu beach bright and early.  A small party of WFPs were seen straight away, and they were more-or-less in view the whole four hours it took us to cover the length of the beach.
It was pretty warm by the time we finished, and I'll admit my concentration was flagging, but Brian was relishing the challenge. 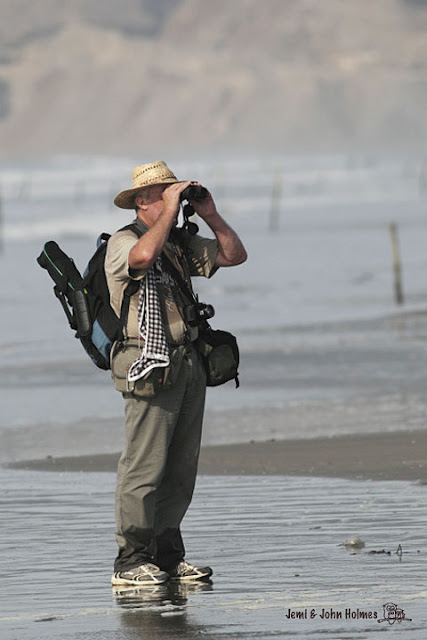 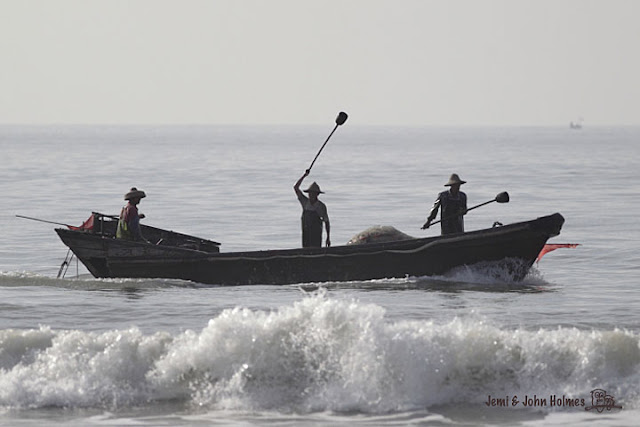 Just offshore, fishermen bashed the sea surface in the time-honoured way to get the fish into their nets.  Back on the beach, the plovers - numbering 120 in total - displayed an impressive variety of plumages. 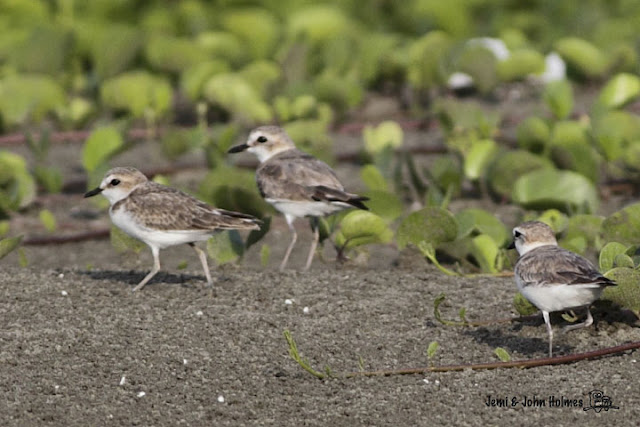 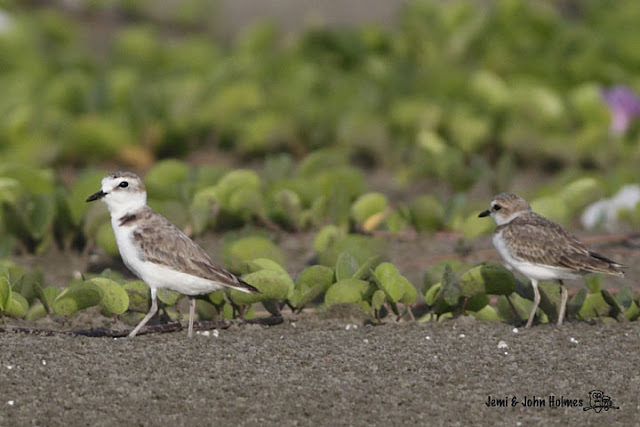 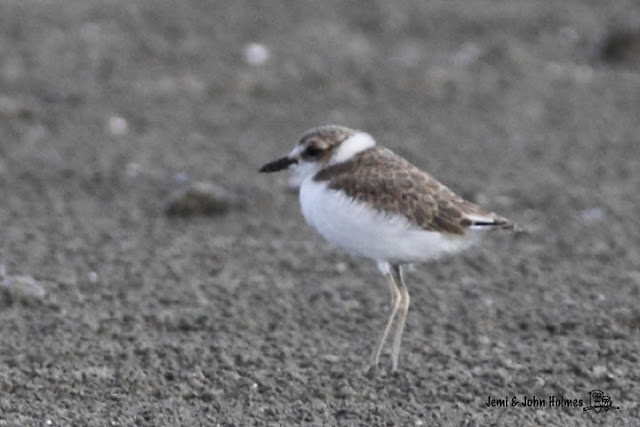 (This one really is young - note yellow legs) 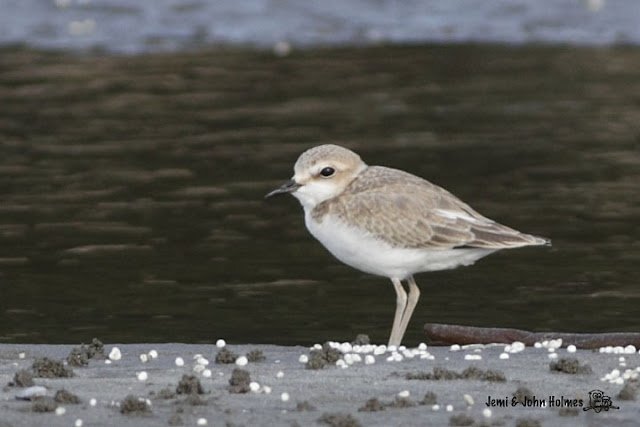 The closest I could find to the Hong Kong bird of 31st May ! 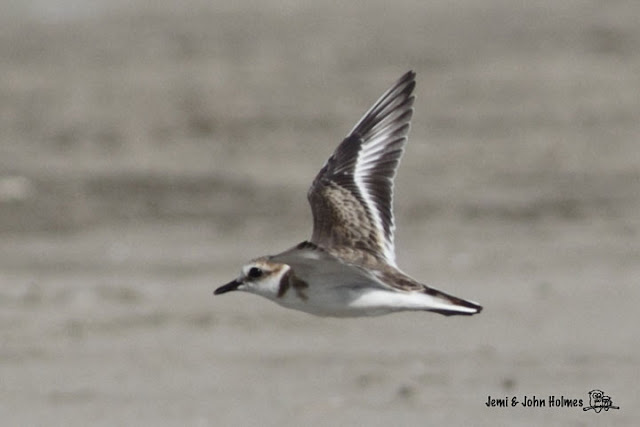 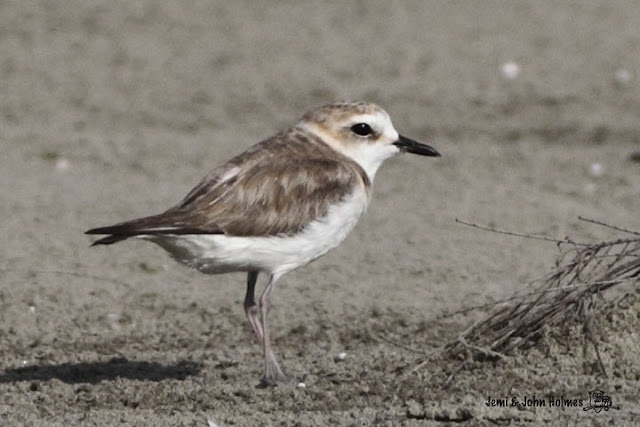 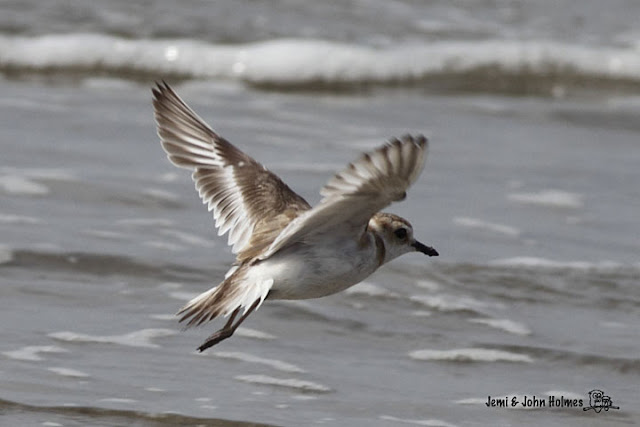 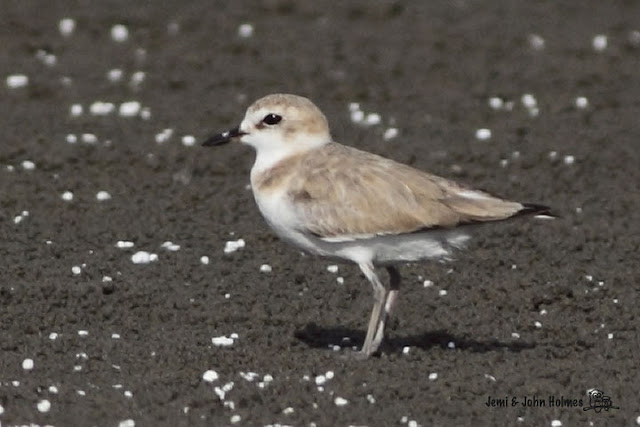 (Charadrius (a) dealbatus)
The whole area is part of the "Guangdong Haifeng Dahu Provincial Nature Reserve" as depicted in this mapboard. 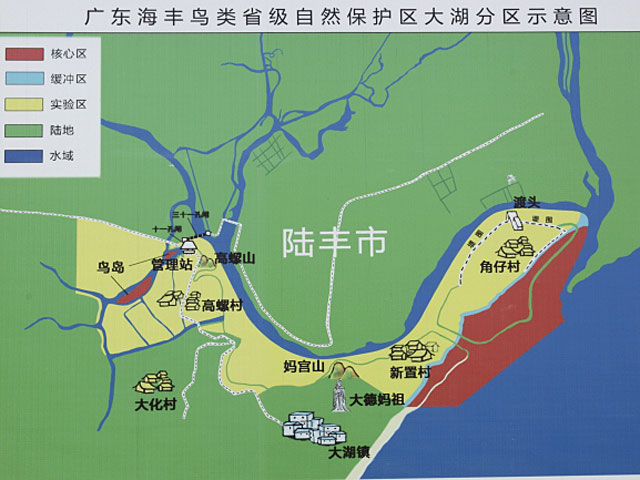 The site includes some tidal pools, fishponds, agricultural fields, a rare (for China) breeding spot for Purple Swamphen and an egretry. WWF Hong Kong have recognised the potential of the site, and are using sponsorship money from HSBC to maintain an observation platform at the egretry. 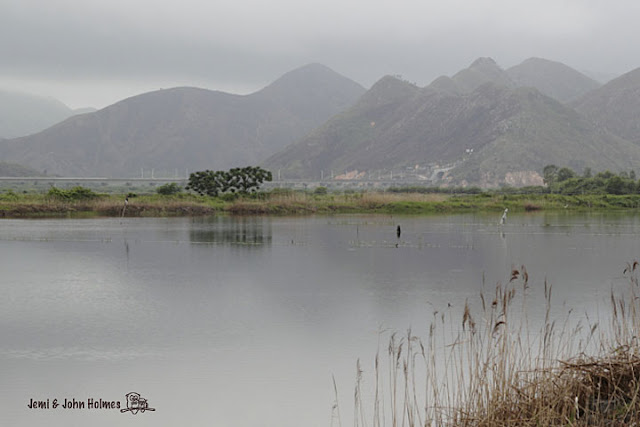 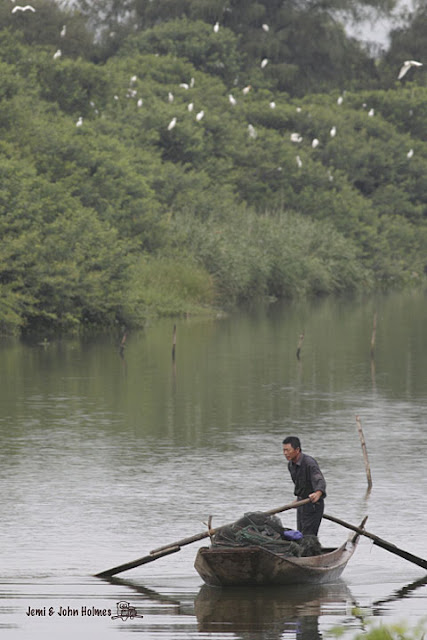 June can be a quiet time for birding in south China, but it's obvious that there will be birds to see year-round at Dahu.  It's become Brian's selected "local patch" and I'm not the only one looking forward to seeing what turns up there as the seasons pass.