On 3rd January the forecast tide was close to the boardwalk hides in the late afternoon.  Less-than-ideal viewing conditions, but a good number (about 140) large white-headed gulls settled on the tideline as it peaked. Most of our LWHGs are "Heuglin's", with a few Mongolian (Yellow-legged) Gulls also present.  But OUR "Yellow-legged" gulls don't have yellow legs, which is a source of consternation to more literal-minded Hong Kong birders.
Luckily for us, a second-winter Pallas's Gull was one of the closest birds in view.  In recent years there have been only one or two records per winter season, although, like most gulls, this species is probably under-reported. Anyway, Pallas's - formerly known as "Great Black-headed Gull" has the virtue of being pretty much unmistakable as it nears full breeding plumage.  "The King of Gulls" it says in my Helm guide to Gulls by Klaus Malling Olsen. 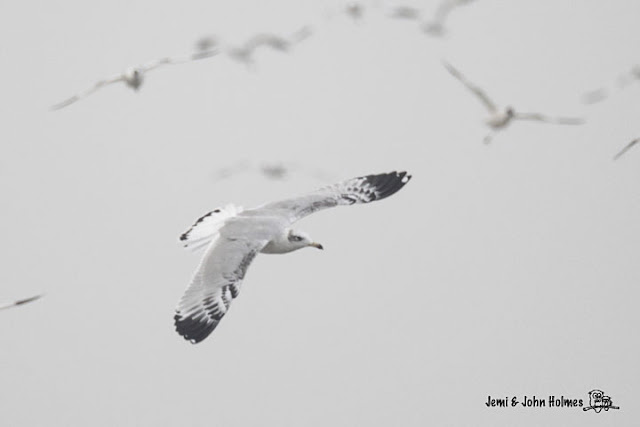 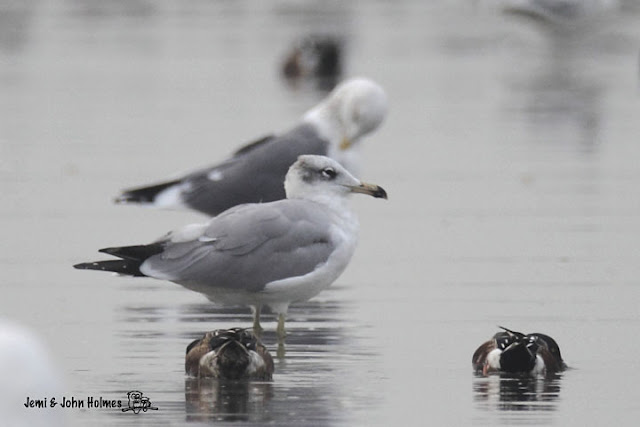 A few days later, the sun came out, but the tideline - and the big gulls - were w-a-a-a-a-y out in Deep Bay. I went out to the newest of the boardwalk hides.
Pied Avocet were dotted around the exposed mudflats, sieving their way through the goo.  Several thousand now winter in Deep Bay annually, and their abundance is suspected to be related to declining water quality.  They're welcome to whatever they can get. 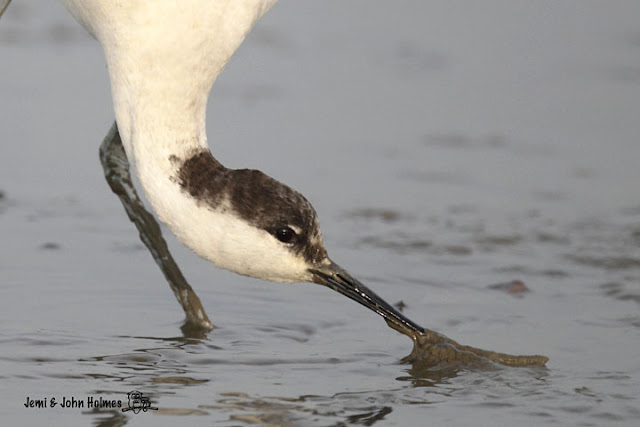 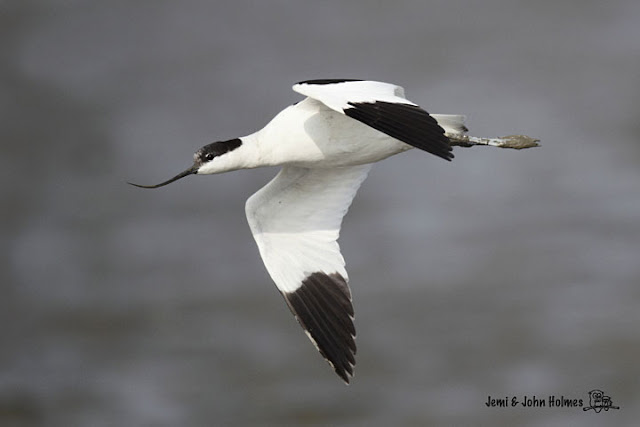 Also present were a few Common Greenshank, including this wintering one, below, with Hong Kong leg flags. 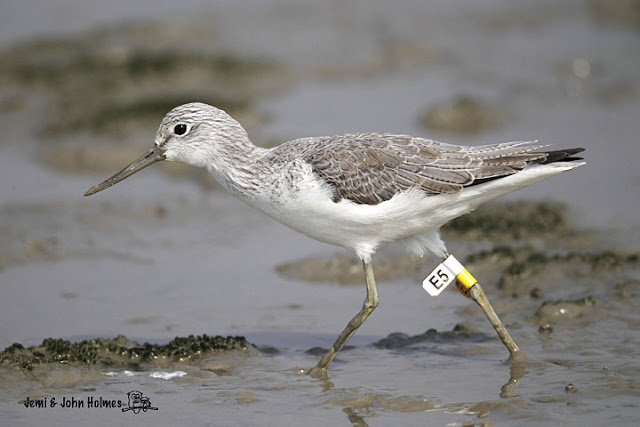 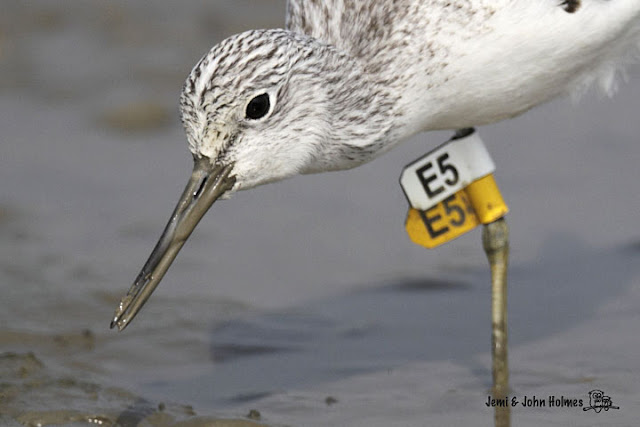 The competitiveness of birds searching for prey could be clearly seen with the amount of attempted robbery going on.  Here, a White-breasted Kingfisher with a mudskipper is menaced by a Black-headed Gull, and then chased as it races to the safety of the mangroves.  On this occasion the kingfisher kept its' meal, but only just. 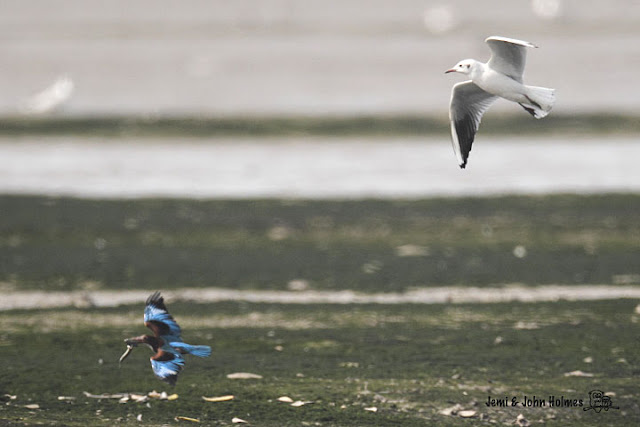 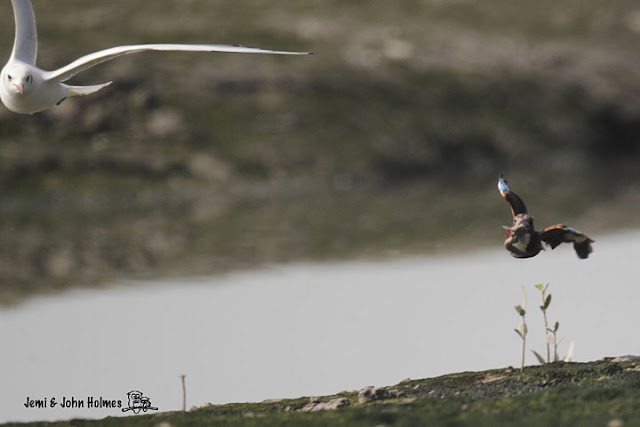 Oriental Magpie Robin could be described as an "opportunist", and it's a bit odd to see a garden bird at the edge of the bay.  Here, one demonstrates the usefulness of a nictating eyelid as it tackles a small crab on a moss-covered area of the mudflat. 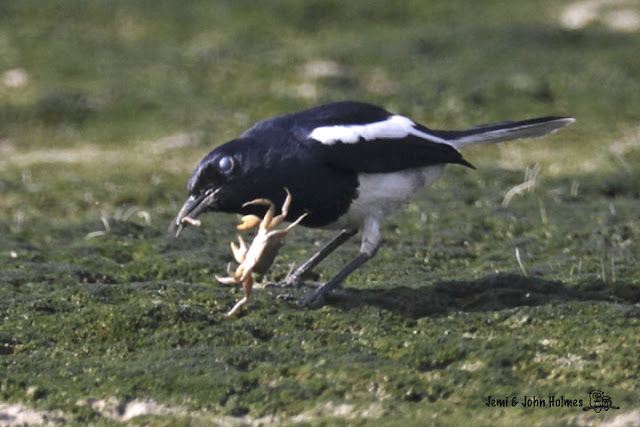 A male Pied Kingfisher hovered briefly near the hide, but - ain't that the way - the light angle was less-than-perfect. 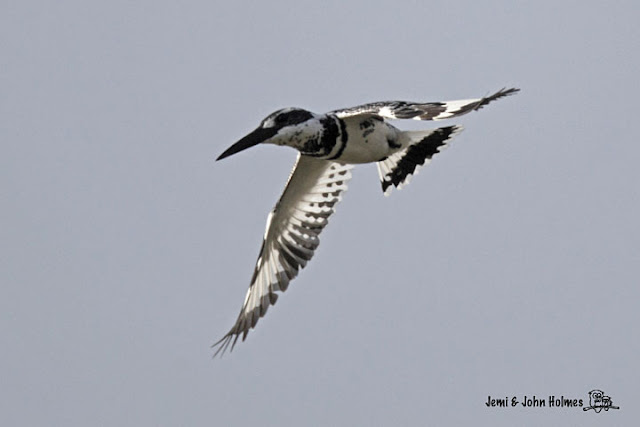 A passing raptor, such as Eastern Marsh Harrier.... (below) can really cause a commotion 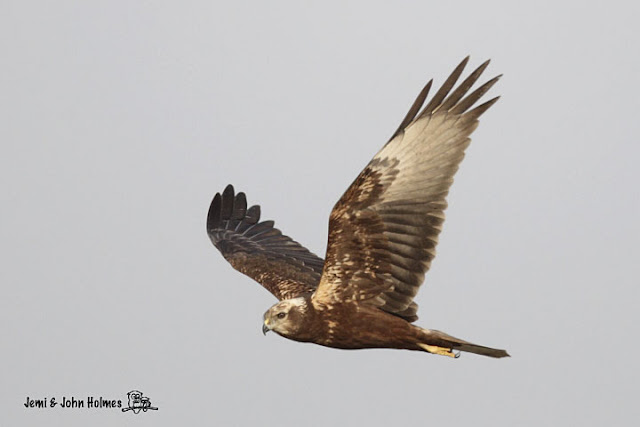 But to really stir things up, a larger raptor is required.  During the morning a juvenile Eastern Imperial Eagle made a few sorties over Deep Bay, and once came quite close to the hide. 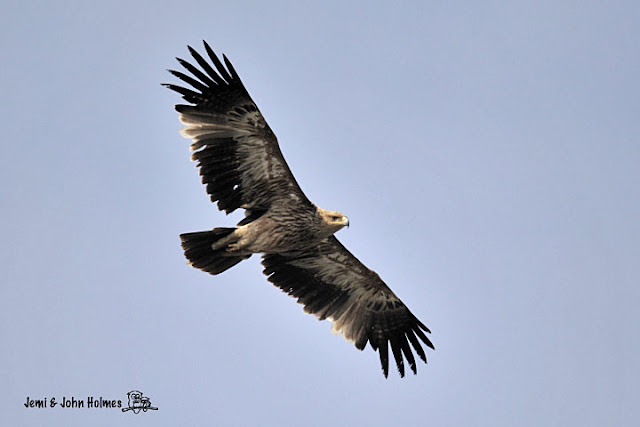 Hong Kong's Mai Po - there's always something to look at !
Posted by John Holmes at January 11, 2012