We've been "Off Air" for a while, having spent four weeks over the festive season in the wilds of China's Yunnan Province.

Lincang is a Yunnan prefecture with a long border with Burma. It lies between the self-proclaimed tropical paradise of Xishangbanna in Yunnan's south and the well-known birding sites around Ruili, north of the Sweli River.

Right off the bat, I can tell you that Lincang is not going to become any kind of birding "Mecca". There is a wide variety of birds, but, due to excessive hunting there are very few large birds and those that remain, from bulbuls in size downwards, are very shy of humans.

But the place is still interesting for a variety of reasons, which I will try to show in subsequent posts. 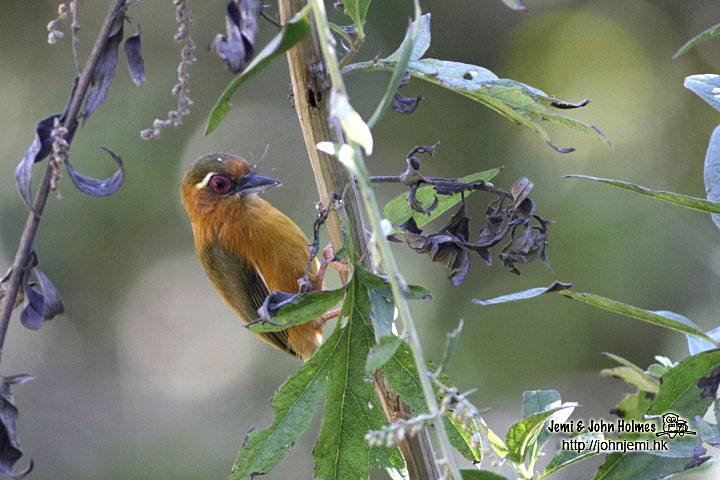 The two Piculet shots in this post were the best of about fifty Jemi fired off at this understandably shy individual.

On New Years' Eve 2012 we were in the small town of Banlao, close to the National Nature Reserve of the same name.  We had a brief view of a single Asian Pied Hornbill from a catchment road near a dam at the boundary of the Nature Reserve.  Like the ghost of so many large birds which must have fallen to local hunters, it glided silently over a ridge and was never seen again.

On New Years' Day we decided to check out the view from some stupas on top of a hill overlooking the town. Along the way we could see mist in the valleys to the southeast, lit by the first rays of the sun.  This kind of view is especially welcome when there aren't many birds around. 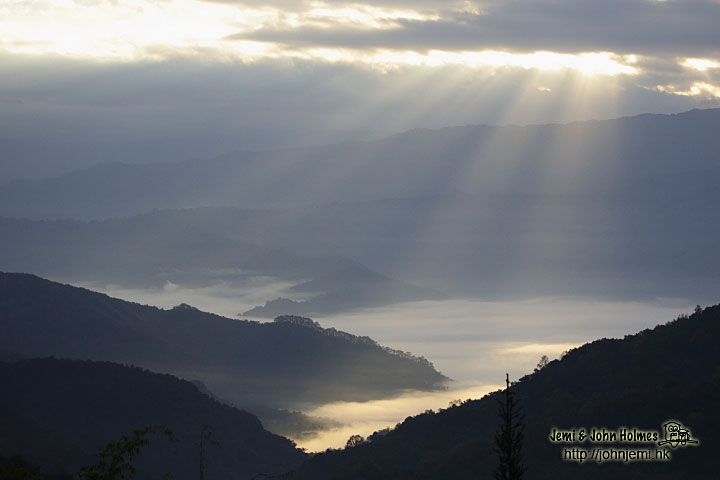 On New Years' Day 2013 the ethnically-Burmese worshippers on the hilltop responded enthusiastically to a greeting of " Mingalaba ! ". 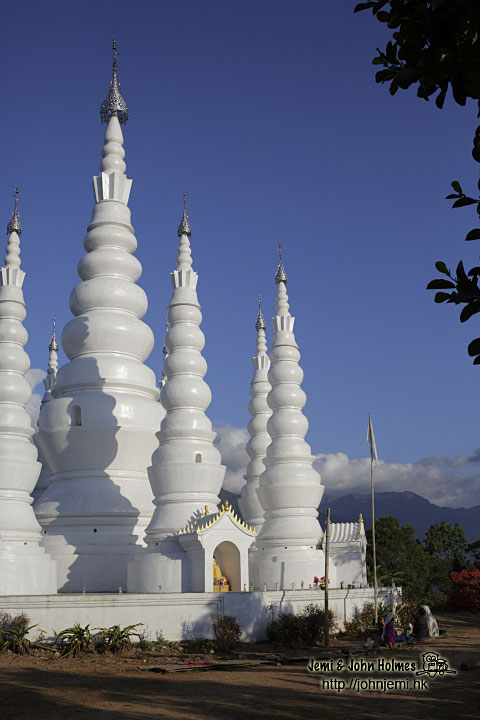 Beside the stupas we photographed the misty morning views views to the southwest, into Burma itself. 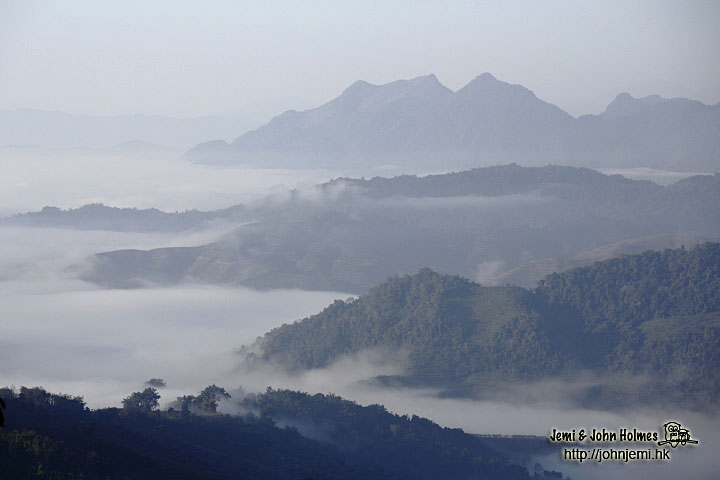 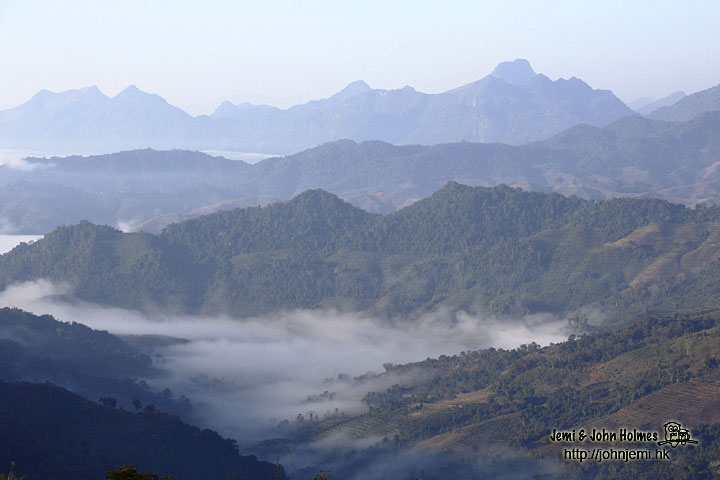 Nearby, we had fleeting views - and no photos - of a fast-moving group of a dozen-or-so Longtailed Broadbills.  Also, a number of Swiflets with broad, buff rumps, which I guessed must be Himalayan Swiftlets. 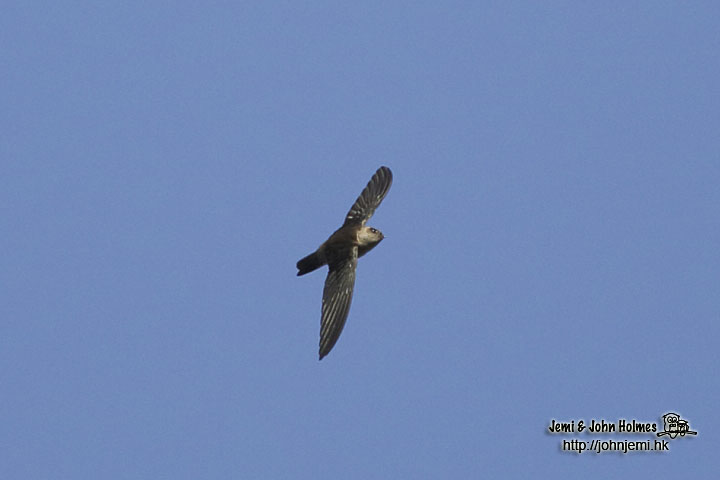 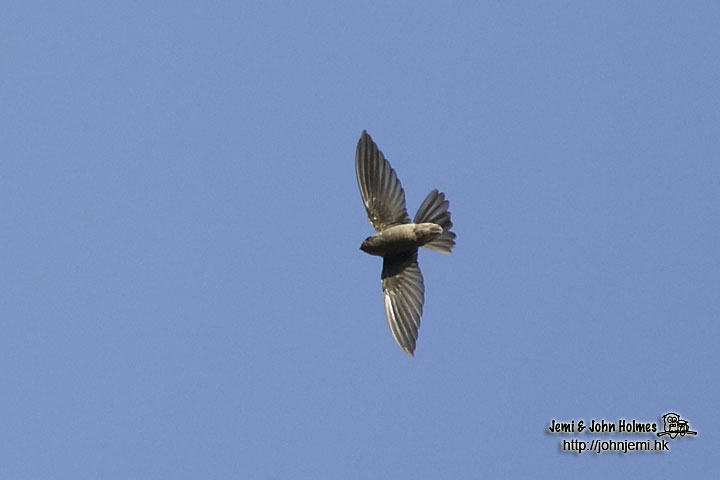 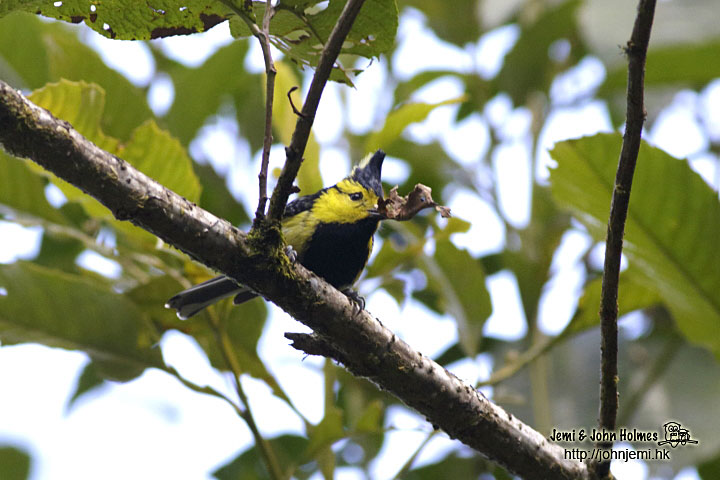 There is a monument in the centre of town which celebrates the 1930s solidarity and bravery of the local population against an incursion from Burma by the dastardly British, but this has all been forgiven, it seems, and I was greeted warmly everywhere. They don't see many foreigners in Banlao these days.

At sunset, we went back to the stupa hilltop and took sunset photos of the same hills we had snapped shortly after sunrise. 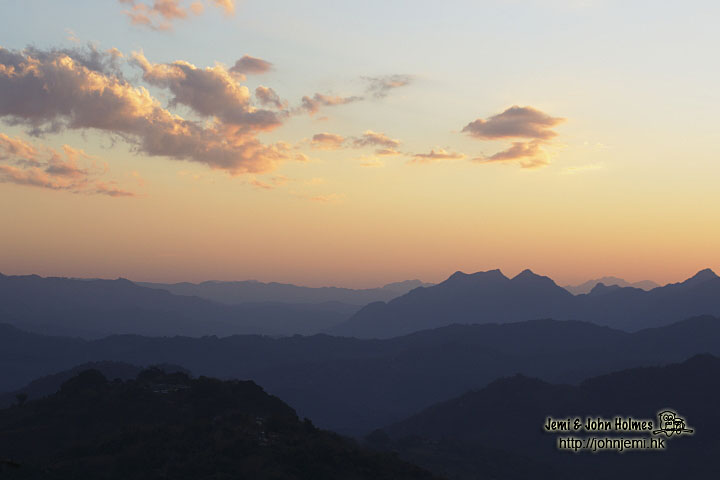 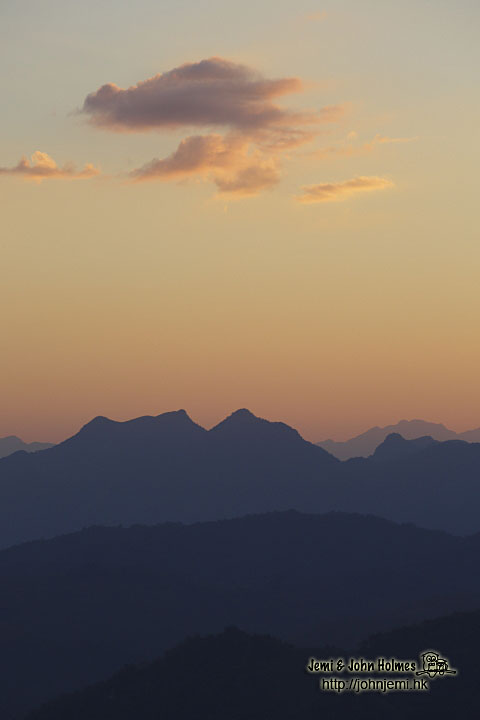 And, Yes !  - a confession.....I tweaked the "saturation" bar in photoshop to get these Kodachrome-like effects.  But there was some warmth there already, folks.

Might as well get the years' posts off to a full-and-frank start.
Posted by John Holmes at January 18, 2013