So, due to the usual distance of the tidelines, the best of our winter visitors can go largely unseen, or at least, seen distantly.

Due to some quirk of the weather, last Monday's tide (Dec 10th) was significantly higher than predicted, and the birds passed the "Birdwatching Society" hide in hazy sunshine.

Here are some of them:- 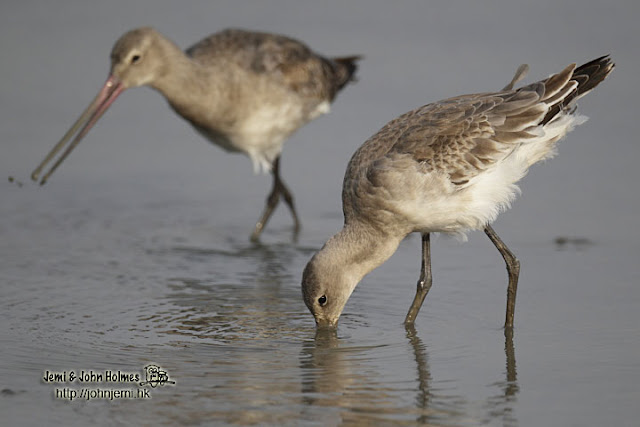 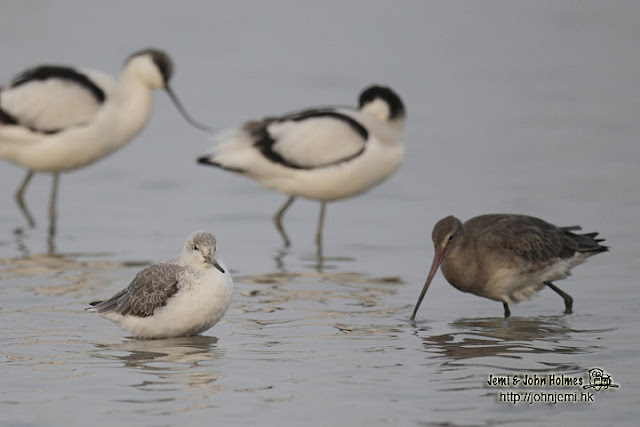 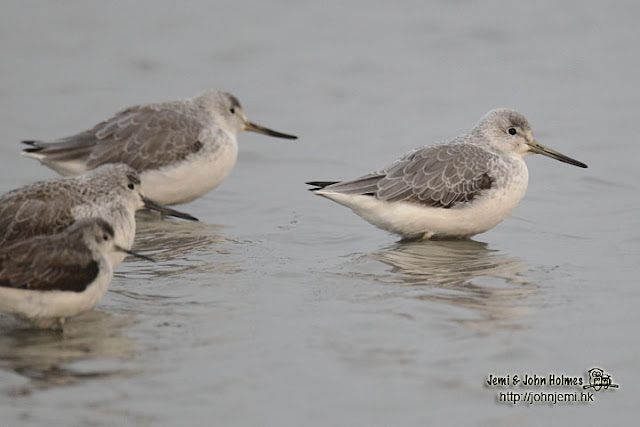 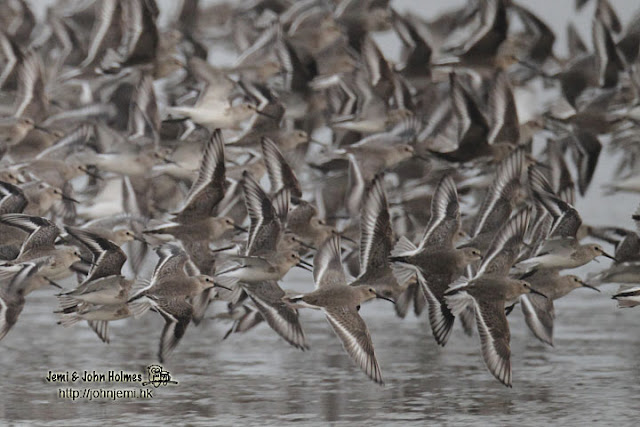 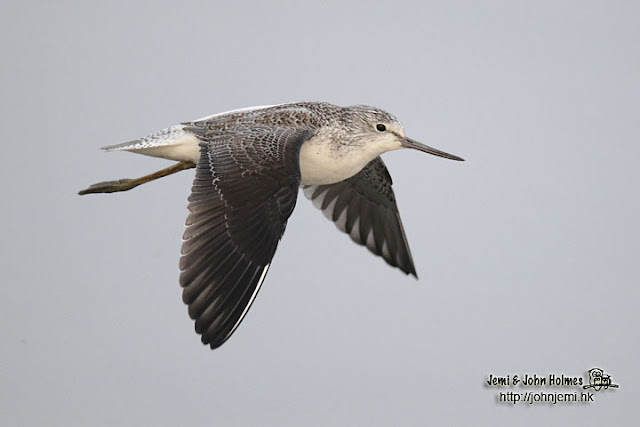 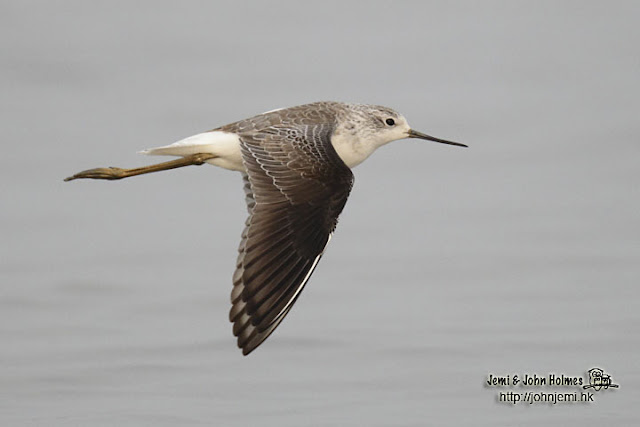 And "shuffling the wader pack" were: - 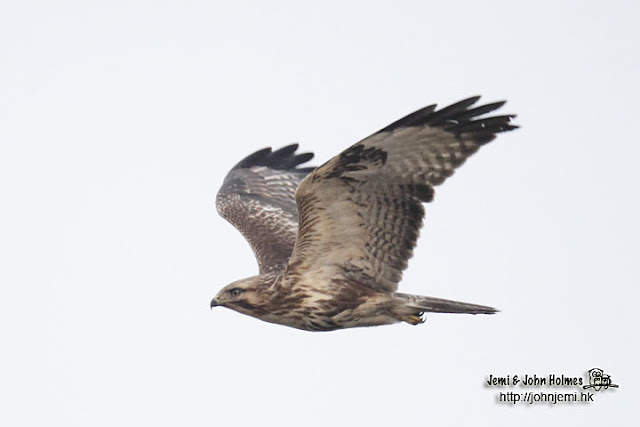 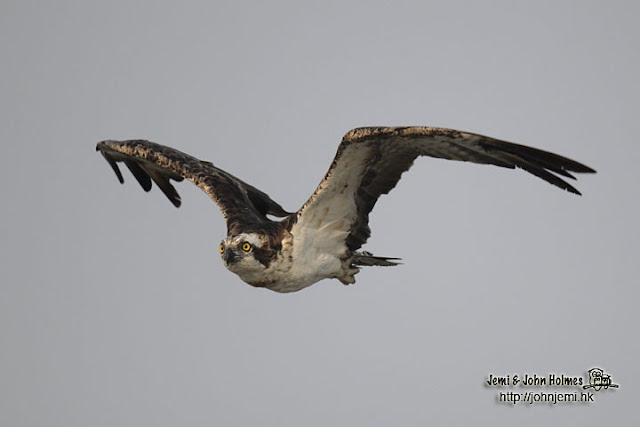 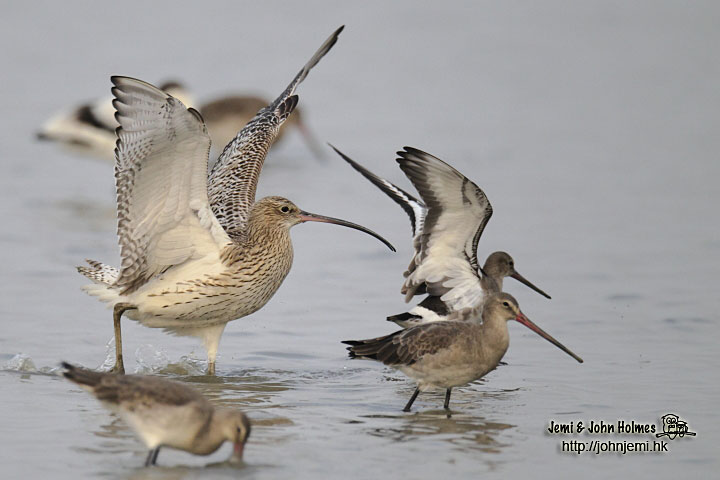 Eurasian Curlew - Numenius arquata  (dropping in on some godwits) 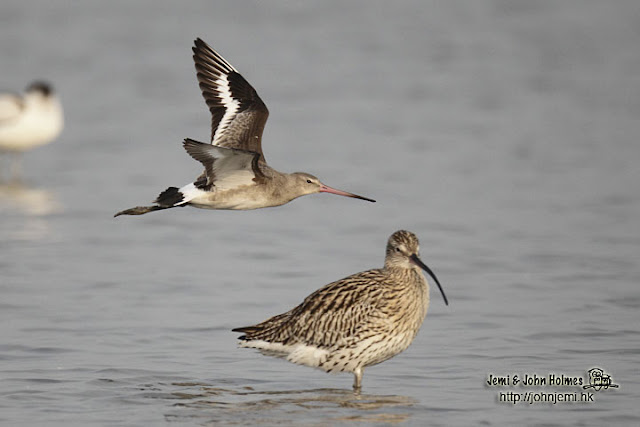 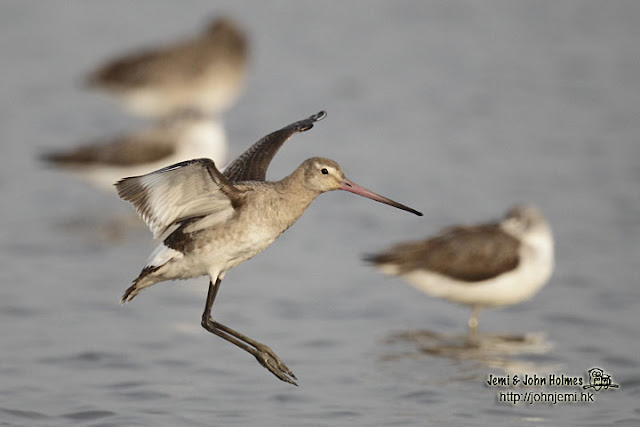 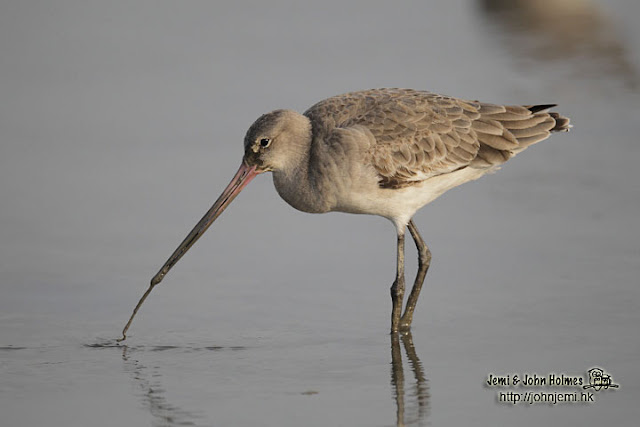 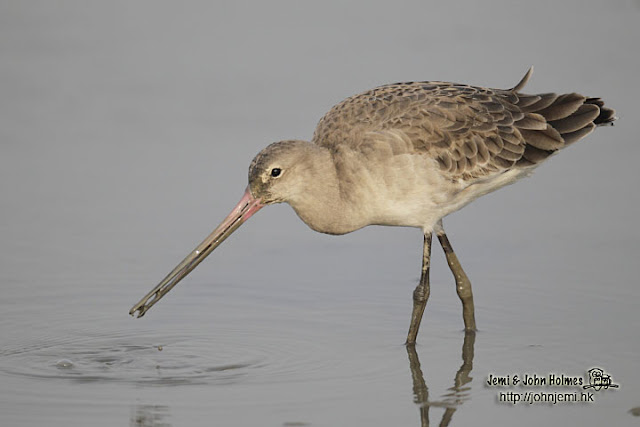 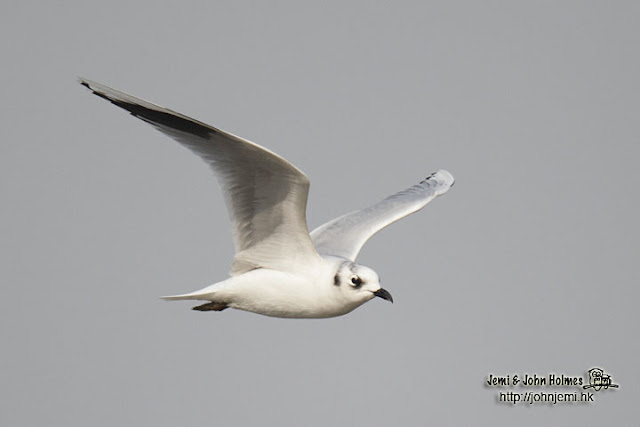 As the tide went out, a surprise visitor to the tideline dropped in - Mai Po's one and only resident (since July 2012) Oriental Stork. 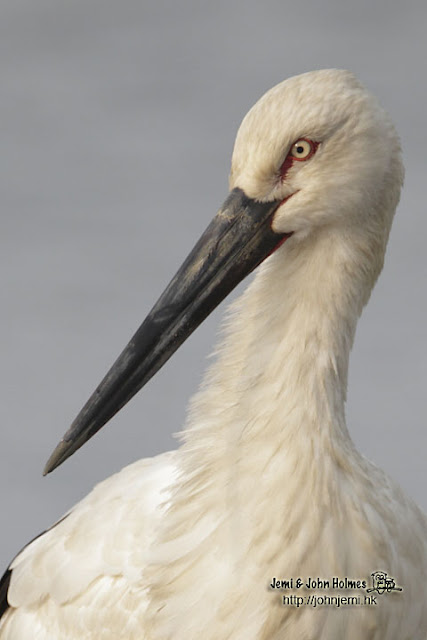 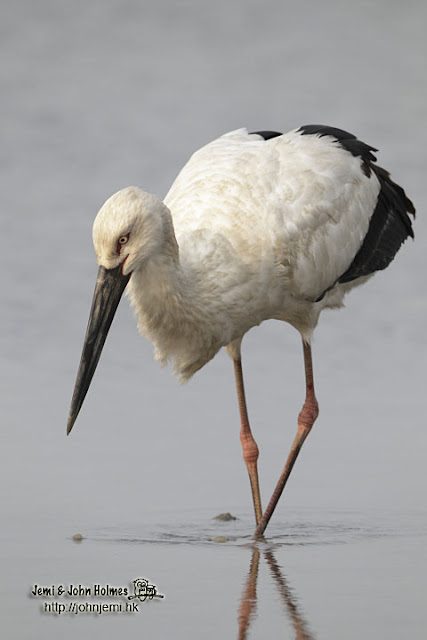 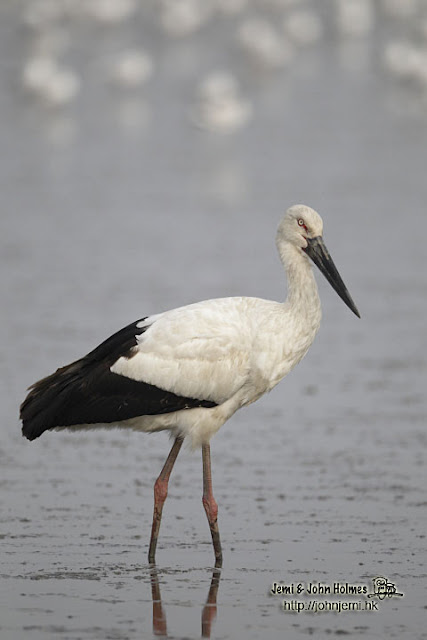 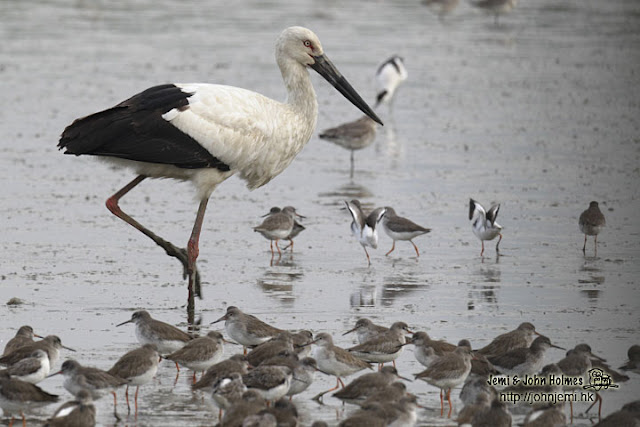 Including a distant Black-faced Spoonbill, the Stork and Nordmann's Greenshank made it  three "Endangered" species for the morning.

(Edited and added) And as Martin Williams reminds me, - Saunders's Gull is "Vulnerable".

Beats a Monday morning in the office !