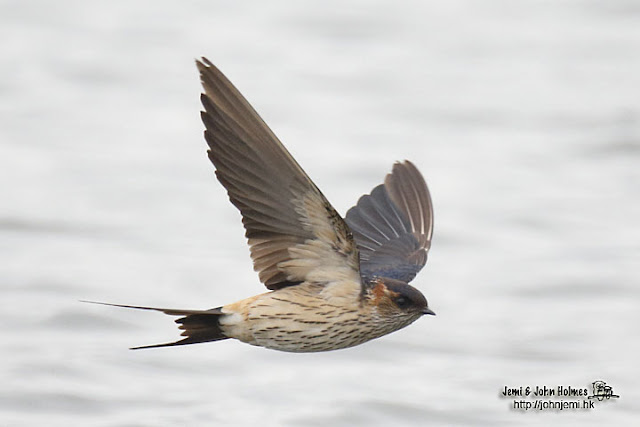 In the late autumn, flocks of migrant Red-rumped Swallows can be found hawking insects over the fishponds around Deep Bay.  The gloomy weather of the last few days seems to have brought in a lot of them, more than I think I've seen before.  On Dec 2nd there were about forty over just one fishpond near Mai Po  Nature Reserve.

In "The BIRDS of HONG KONG and SOUTH CHINA", Clive Viney notes…"amount of fine streakng variable".  Here are a few photos that show exactly that.. 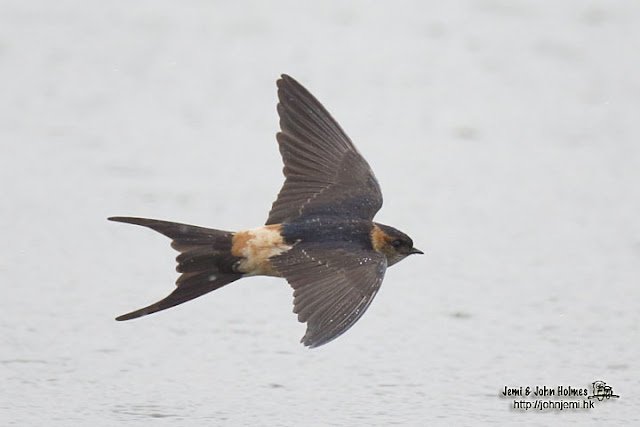 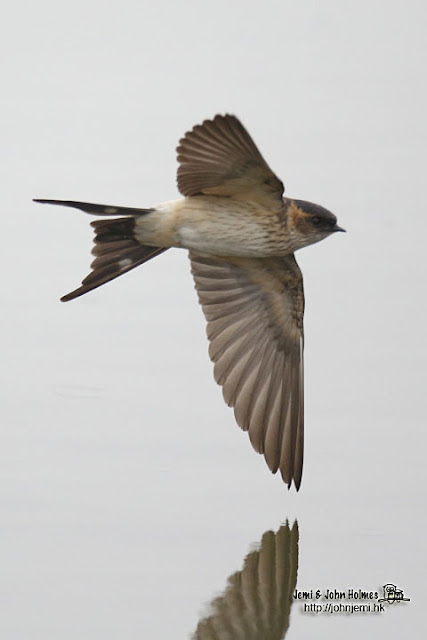 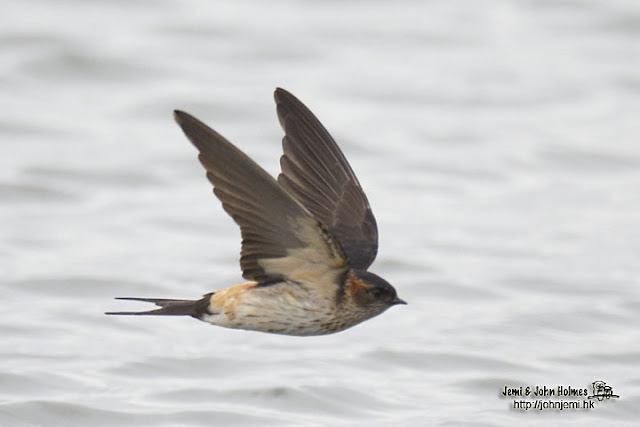 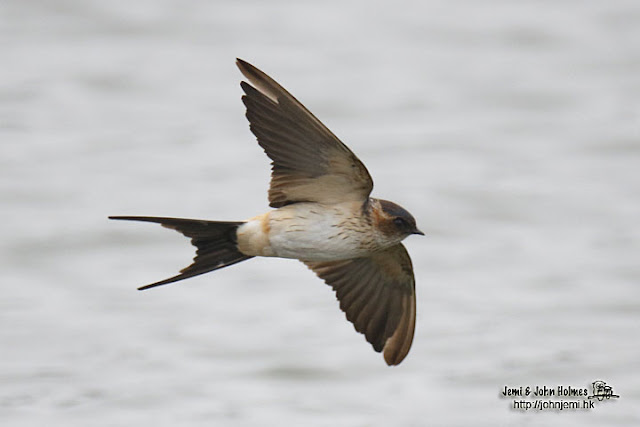 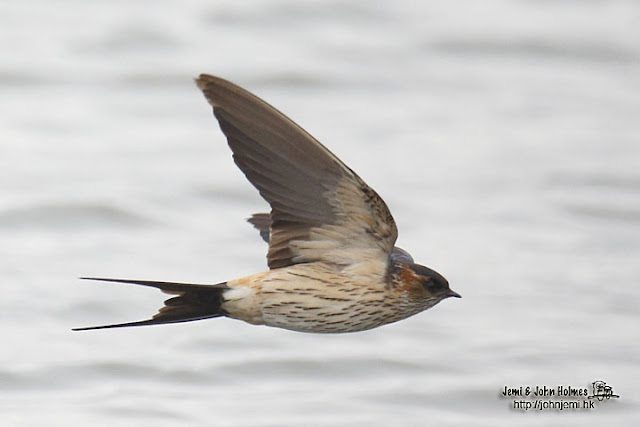 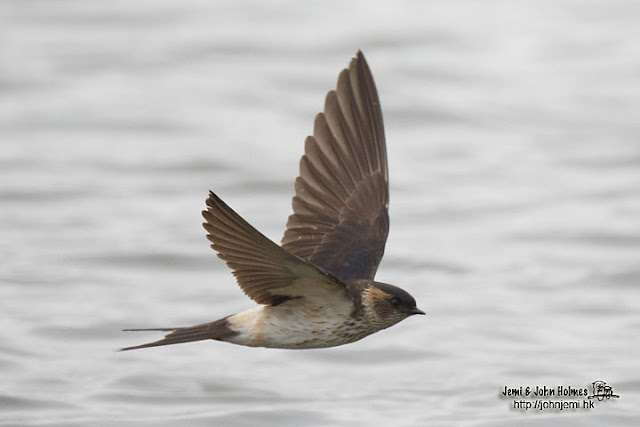 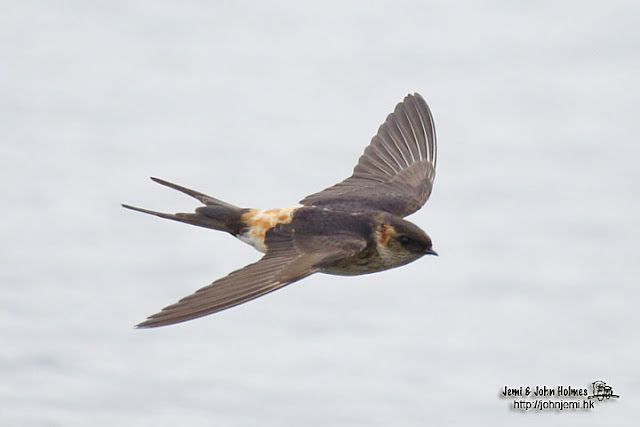 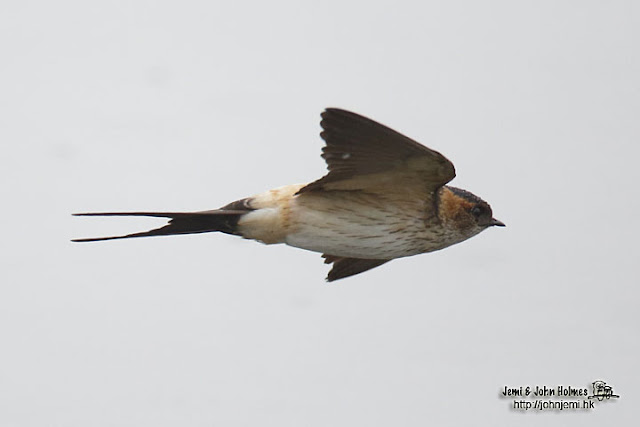 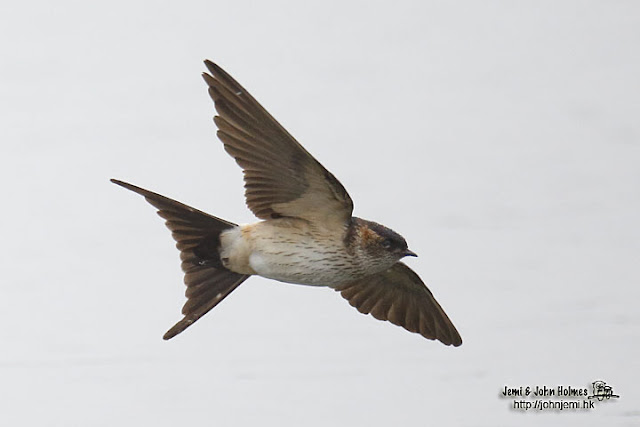 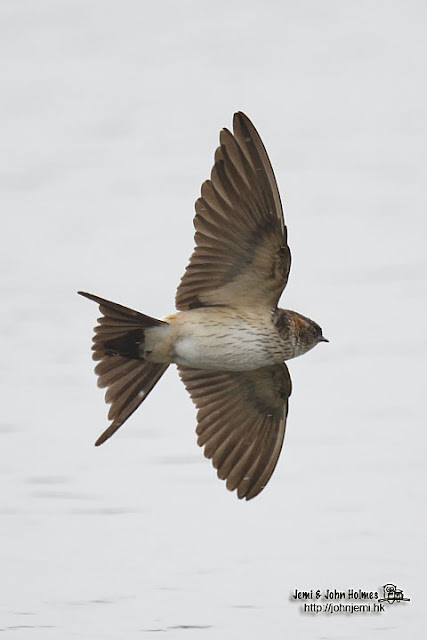 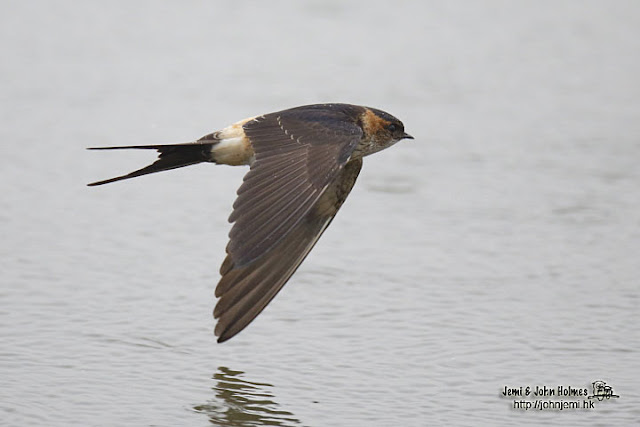 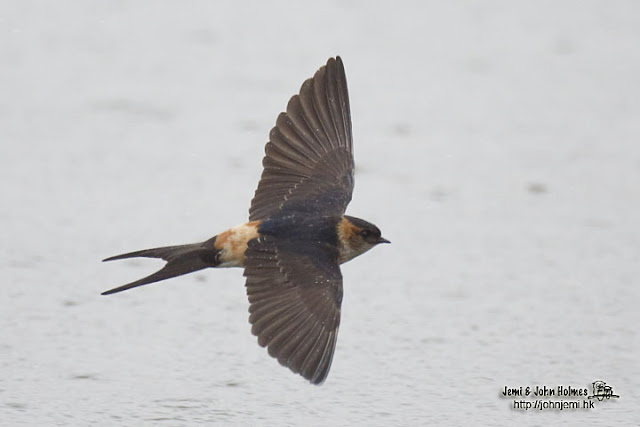 The swallows were being quite obliging for photography, they were flying low and straightish over the water. I always think that Red-rumped flies noticeably slower than Barn Swallow which helps when I'm trying to crank an 800mm lens around on a Wimberley head.

Twice in the half-hour I spent at the pond edge, the swallows rose as one from wingtip height to about ten metres in the air.  This was prompted both times by a passing Kestrel.  The silent (to MY ears) communication among the flock seemed to be 100 % effective, and their co-ordination was something to behold. 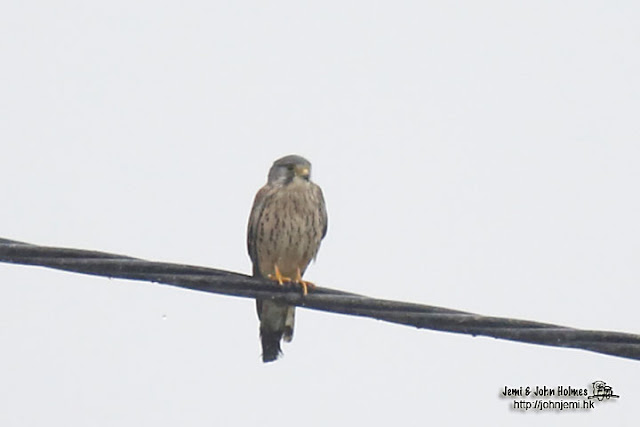 
And here's a nest-building Red-Rumped Swallow from Jiangxi Province (June 2011);- 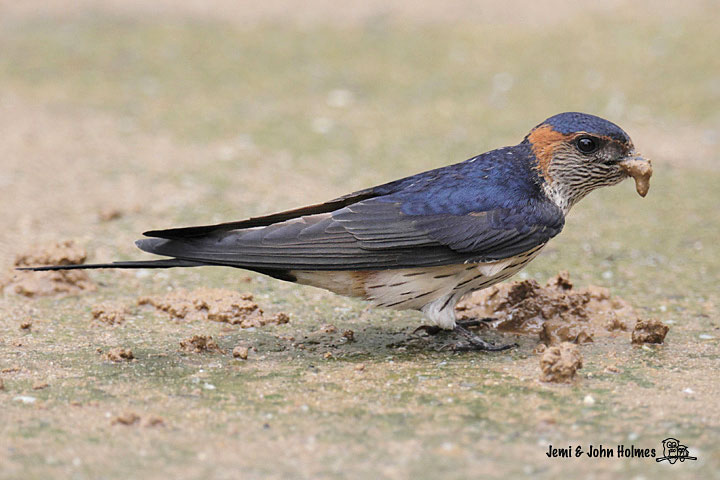 And in the "also photographed" category, a "fohkinensis" race Pale Martin :- 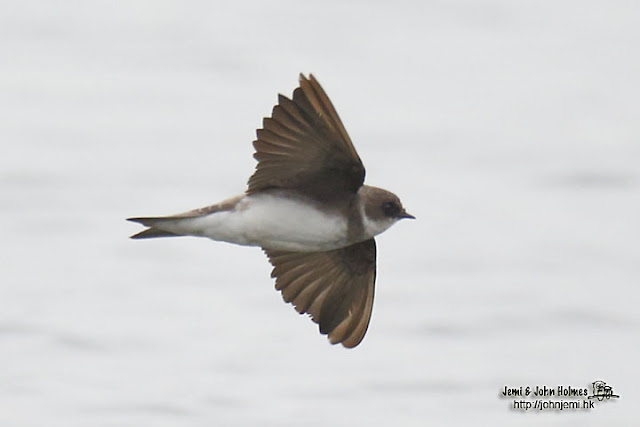 And Hong Kong's supermarkets are playing Christmas "musak" - is it that time of the year again already ?

2) To add the Jiangxi RRS photo

3) And to highlight that these are races daurica or japonica