The flycatcher formerly known as "Sooty Flycatcher" is a passage migrant through Hong Kong, "uncommon in autumn" and "rare in spring".

I came across one in some wet woodland this morning, associating with an active group of Japanese White-eyes.  First impressions of an upright, small brown flycatcher called to mind Asian Brown, Grey-streaked or Dark-sided. 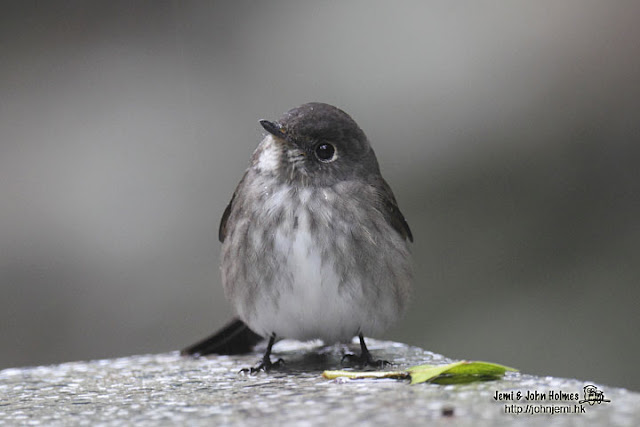 Once I decided that there really was some streaking on the flanks, not just due to the bedraggled appearance of the bird, I was able to dismiss Asian Brown Flycatcher.  My personal prejudice is that Grey-streaked always seems to pop up along the waterside on Po Toi Island, and Dark-sided is the one I've usually encountered in woods in the New Territories.  Not very scientific, I know. 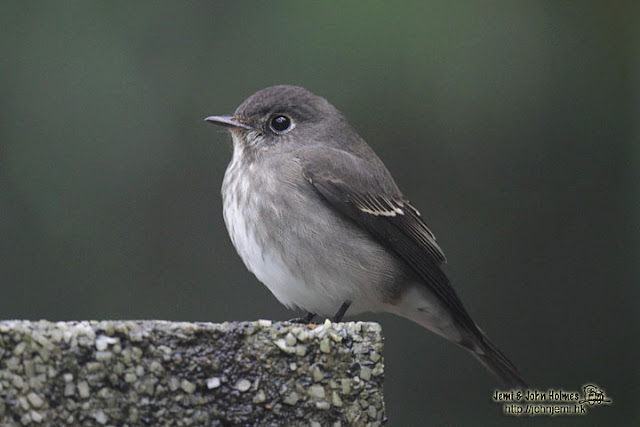 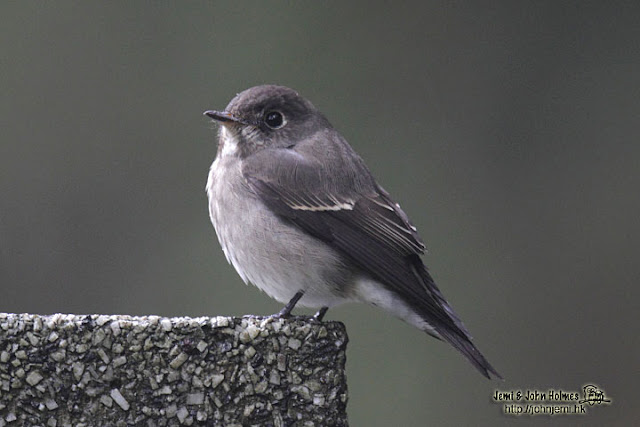 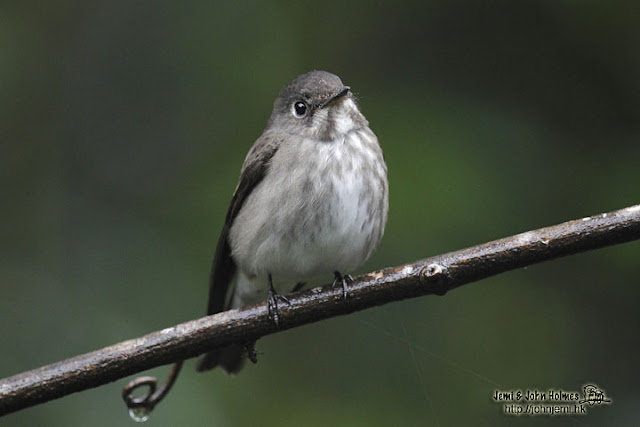 Mark Brazil's "Birds of East Asia" is useful for differentiating this trio of flycatchers, but even he noted in relation to Dark-sided that.."Underparts darker than Asian Brown or Grey-streaked, but variable and confusing."

Grey-streaked has "more clearly defined streaks" according to Clive Viney in "The Birds of Hong Kong and South China" …"and the wing tip of adults almost reaches the tip of the tail."

The posture of the bird can affect the position of the wing tips relative to the tail....but I think it is the DEFINITION of the streaks that nails it for me.

Here are pics of Grey-streaked Flycatcher from Po Toi; - 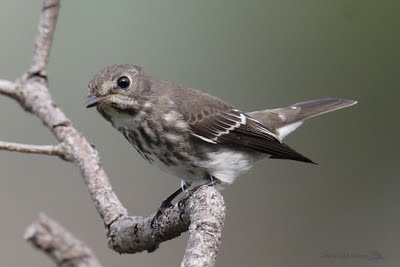 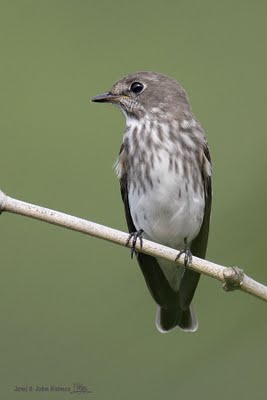 A big drop in temperature over the last couple of days has distressed many insects, and when this happens they tend to drop to the ground. On my way back to where I'd left the car, I came across two more flycatchers, both down on the stone path. Only the one on the right of this picture hung around long enough to give me a decent view. 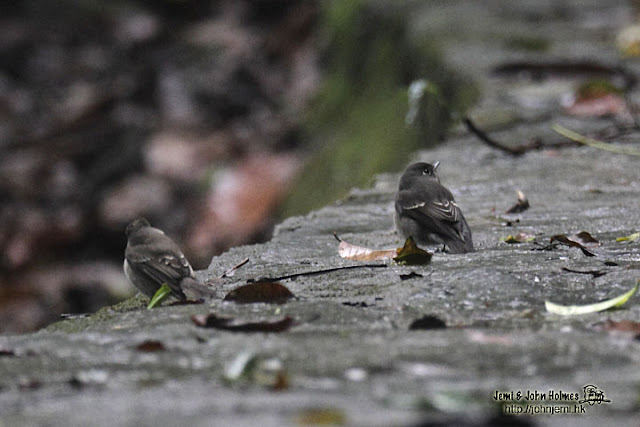 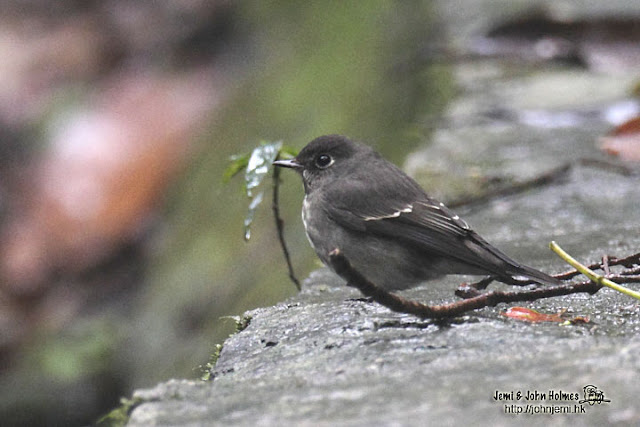 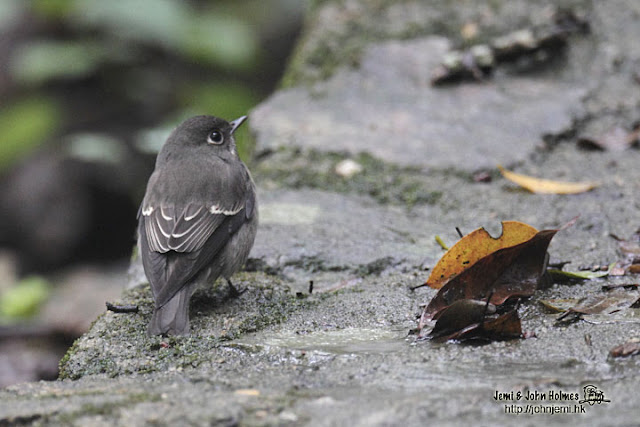 He really WAS more "Sooty" than the other Dark-sided I had seen earlier.

And finally, a female Daurian Redstart in the "also snapped" category. 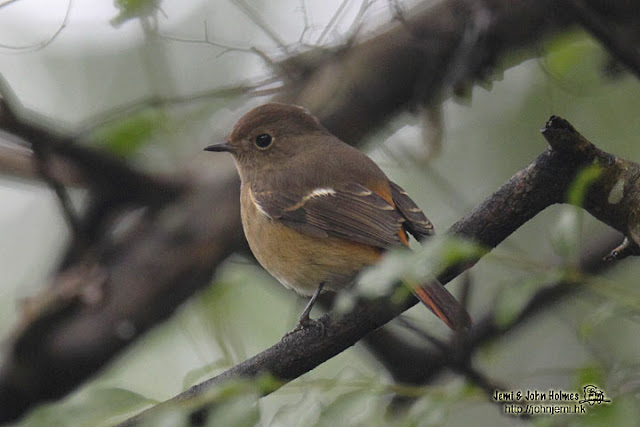 Looks like the waterproof camera cover is working okay !
Posted by John Holmes at November 27, 2012