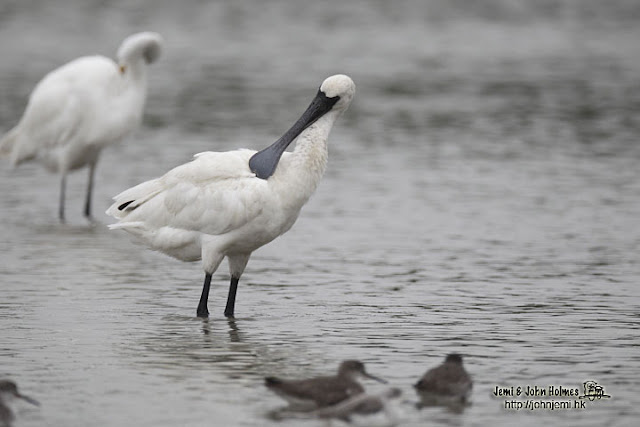 The Chung Yeung Festival fell this year on 23rd October, heralding winter, according to the lunar calendar.  And who is to argue with thousands of years of south China tradition ?

What the Hong Kong Observatory called "a surge of the northeast monsoon" arrived on Monday 29th October.  the effect of this was to push some Pearl Delta pollution our way, and the air at Mai Po was quite murky. 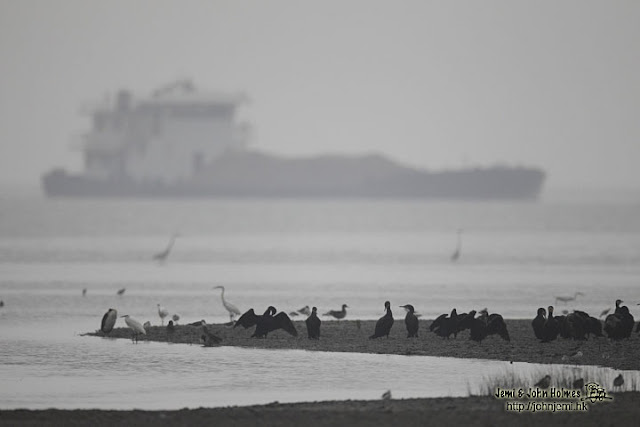 This is the best time of the year to see Black-capped Kingfishers (Halcyon pileata). 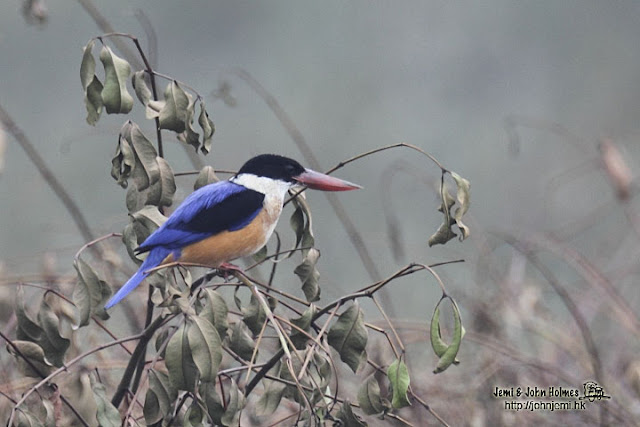 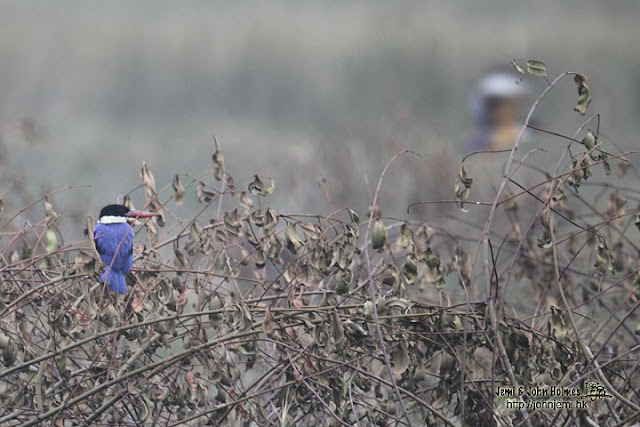 Two birds in the lower shot, among some of the brush cut back by WWF staff in the last few weeks.  (Without this kind of habitat management, the boardwalk hides would soon vanish into a forest of mangrove.)

A few "decent" waders were viewable in the gloom. 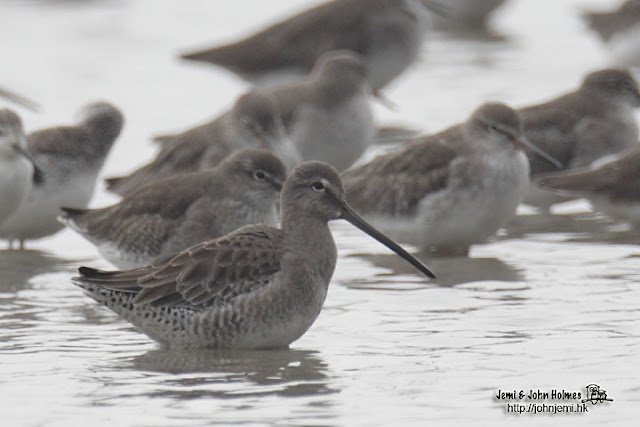 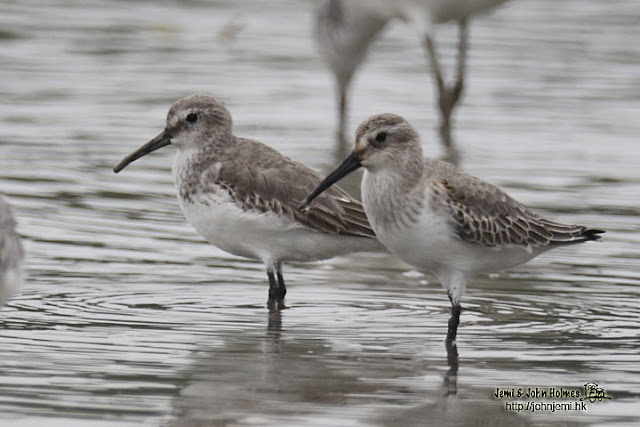 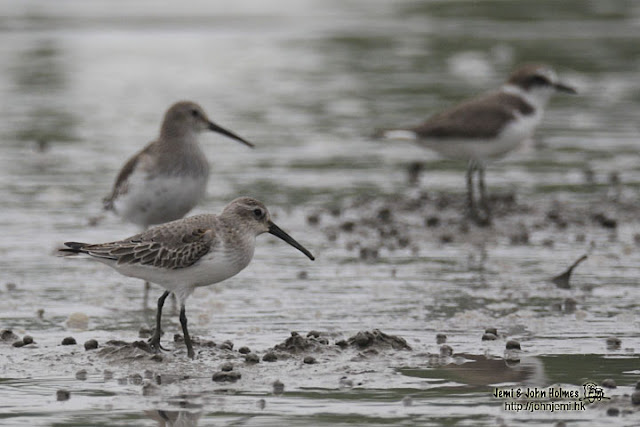 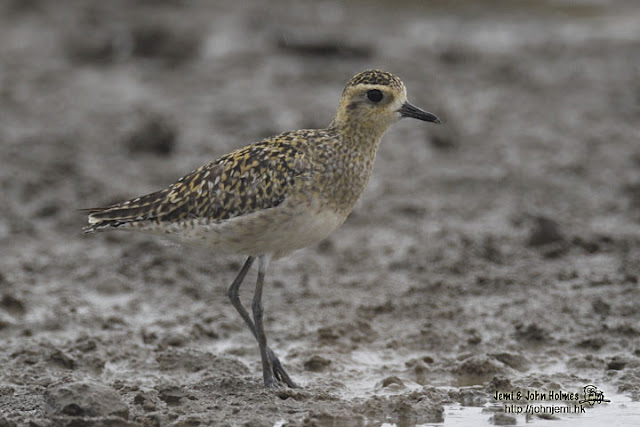 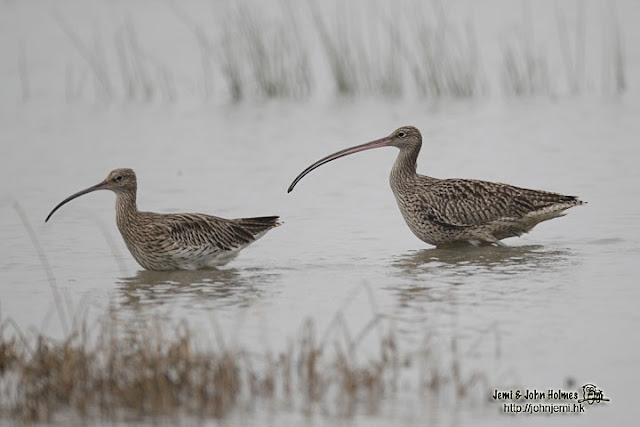 A boat trip had been arranged to go to Po Toi on Wednesday morning, Oct 31st.  As the public ferry doesn't run on Wednesdays, the prospect of some undisturbed birding looked too good to miss.  And it was a bit of a desperate attempt to see the Varied Tit sighted on and off at Po Toi over the past few weeks.

It rained on and off all morning,  but there were some noteworthy birds around. 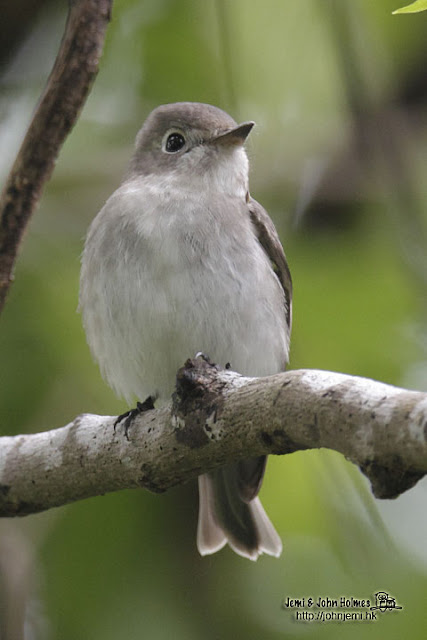 More unusual is the status of Brambling (Fringilla montifringilla).  There were two on Po Toi that day, perhaps "overshooting" birds that should have been wintering further north. 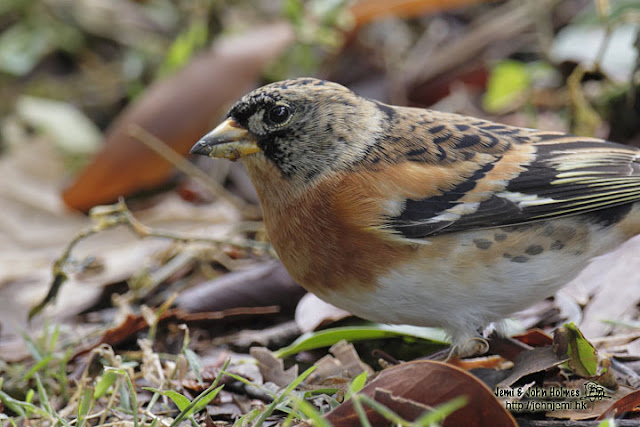 Who knows where the Bramblings think they are going ?  Will they add to the few records in the Philllippines or SE Asia, or perish in the ocean ? 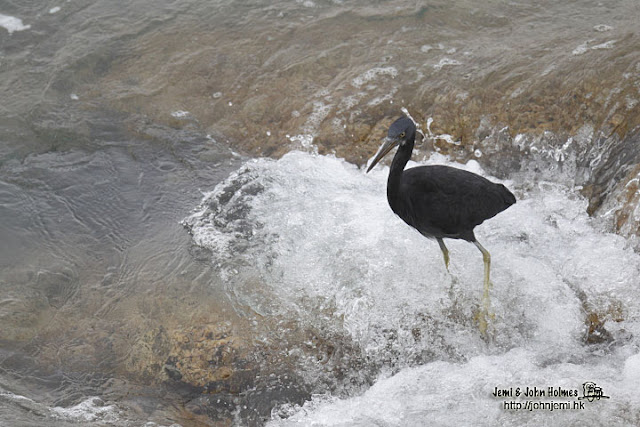 The sun was out by the time we got back to Aberdeen in mid-afternoon.  To "seize the day" we headed to the other end of Hong Kong for views of HK's third Rosy Pipit at Long Valley. 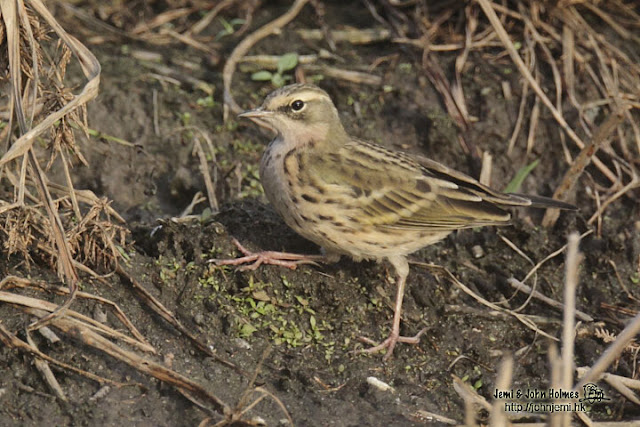 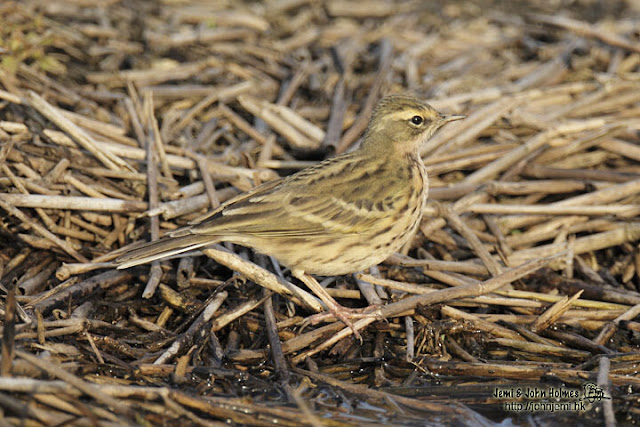 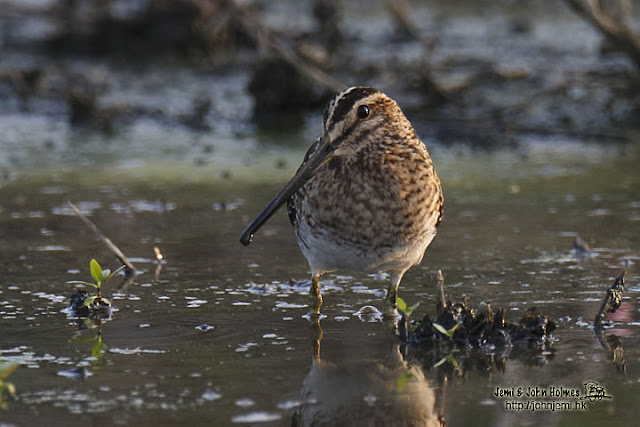 Common Snipe (Gallinago gallinago) - not a rarity, I just like them ! 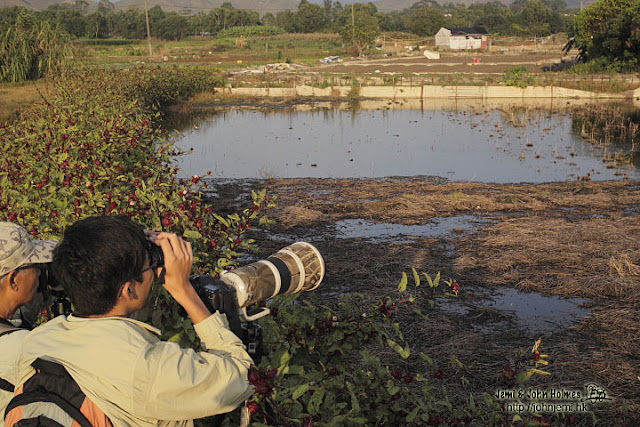