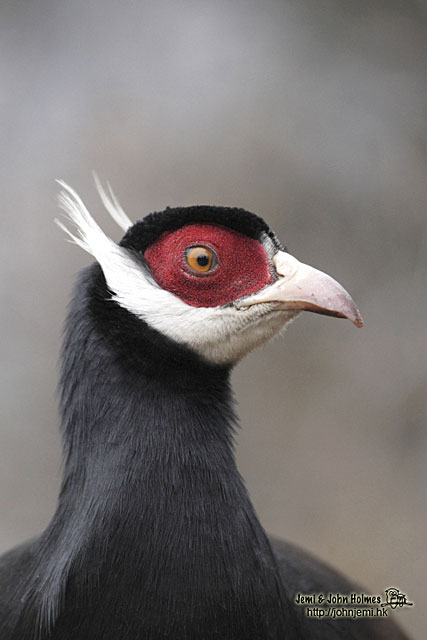 The Brown Eared Pheasant Crossoptilon mantchurium is a spectacular Chinese endemic with a limited range to the north and west of Beijing, including the mountains of Shanxi Province.

It used to be considered difficult to find, but in the last couple of years word has got about among birders that Brown Eared Pheasants regularly appear near Xuanzhong Temple, near Jiaocheng, an hours' drive from the Shanxi provincial capital of Taiyuan. 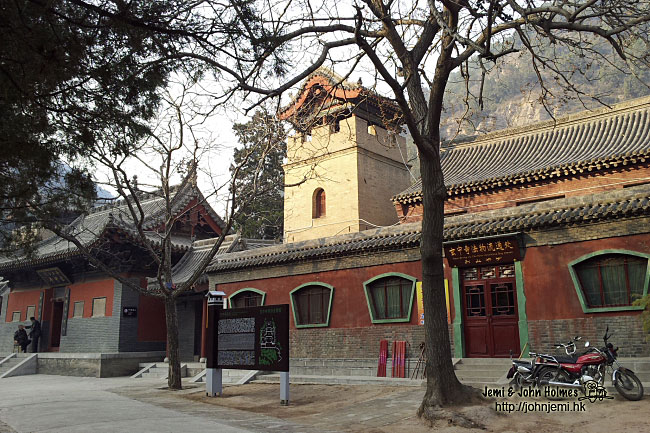 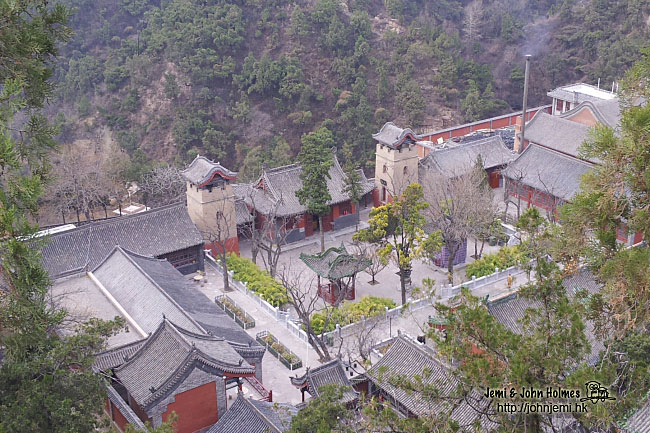 The Temple, famous as a centre of Zen Buddhism, lies in the dusty foothills of the Luliang Mountains. The pheasants are regular there because the monks and other staff regularly feed them with sweetcorn.

There's a discussion about this site on Birdforum here: -

So for the pheasants, for a "Province Tick" and for a bit of general sightseeing Jemi and I flew from Shenzhen to Taiyuan for a few days from Nov. 2nd. 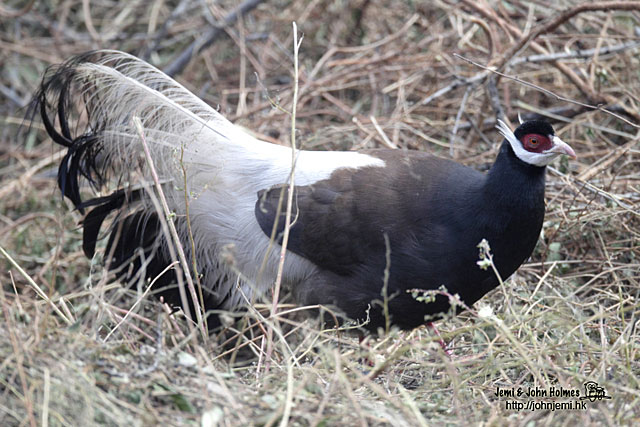 To cut a long story short, we visited the temple on two evenings and one morning, and saw the pheasants two times out of three. 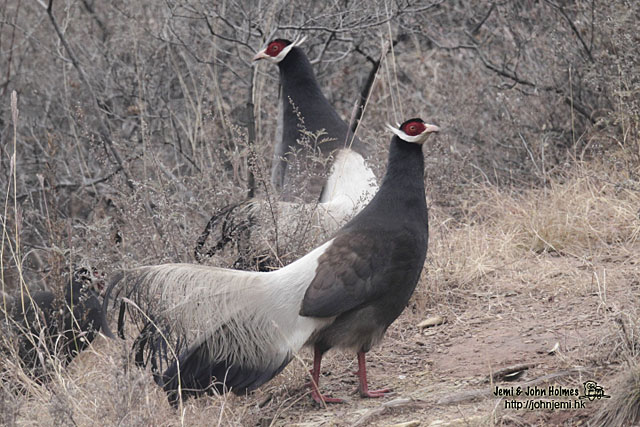 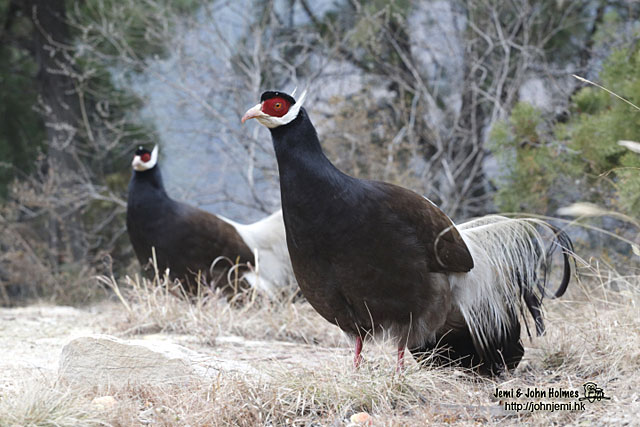 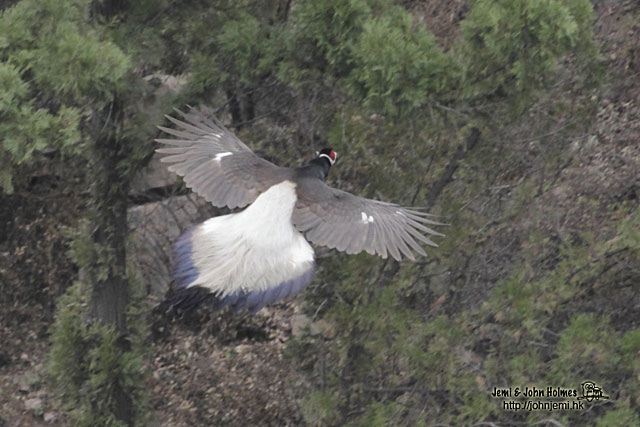 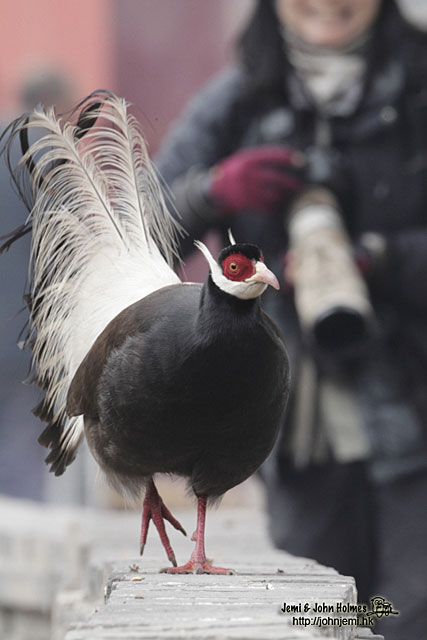 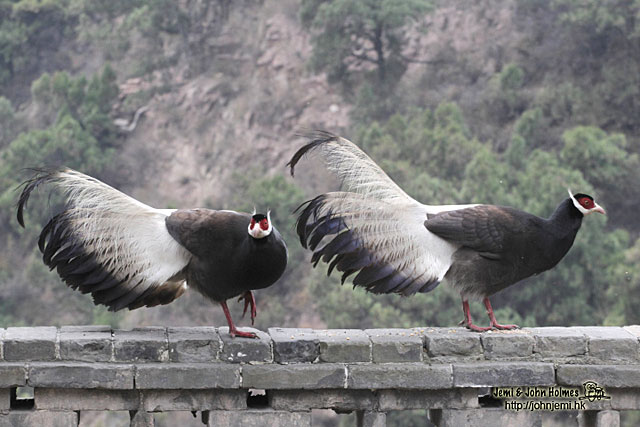 There was a small but distinguished "supporting cast" of birds, including these:- 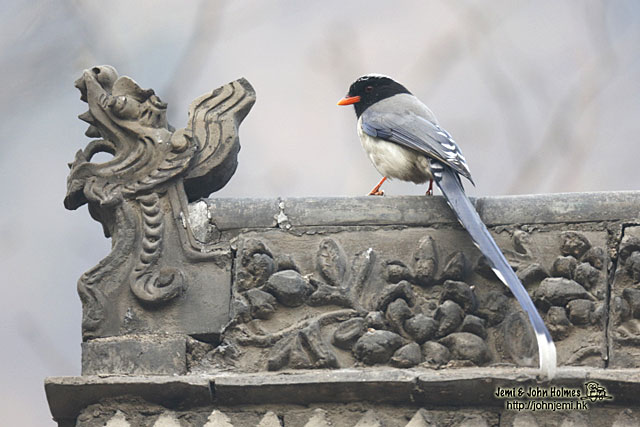 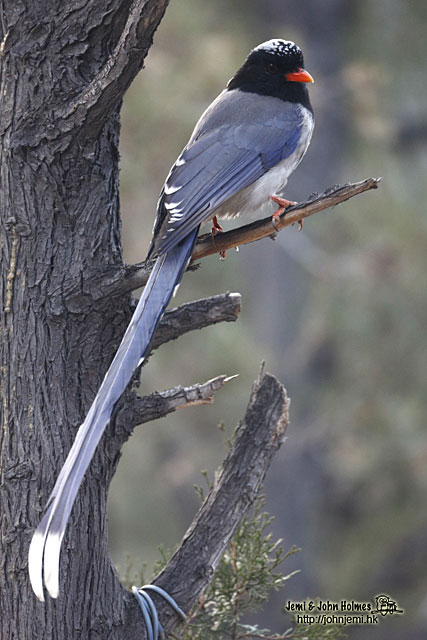 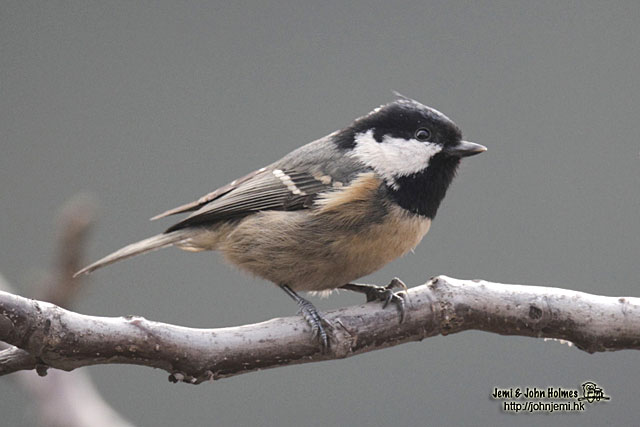 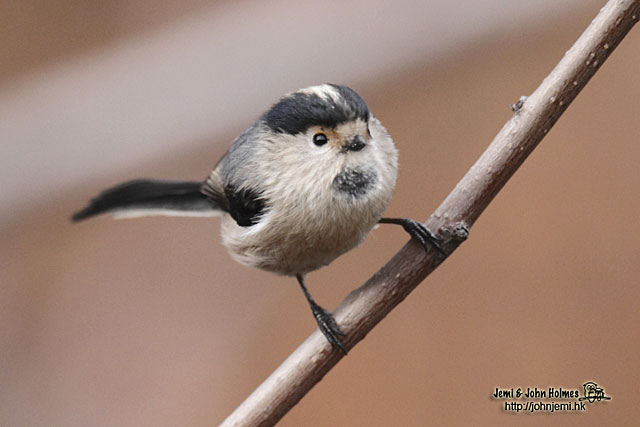 After about twenty minutes someone came through the temple archway with a small dog at his heels.  The pheasants were unsettled by the dog, and glided back to the hillside opposite, where they remained until we left. 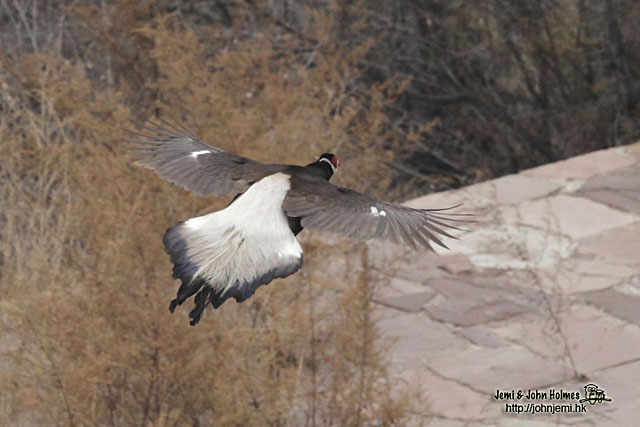 Obviously, we had great views of Brown Eared Pheasants at the temple. But it was not quite the same as looking for our own in the wild hills of Shanxi, so we also visited the National Nature Reserve at Pangquangou.  More about that site later.