When I was young I used to hide from tense TV dramas by skulking behind the sofa or going to see what Mum was doing in the kitchen. The prospect of the England football team's first two World Cup games in the Brazil World Cup finals induced a similar kind of unease, so it seemed a good time to take a short birding break in the Philippines. 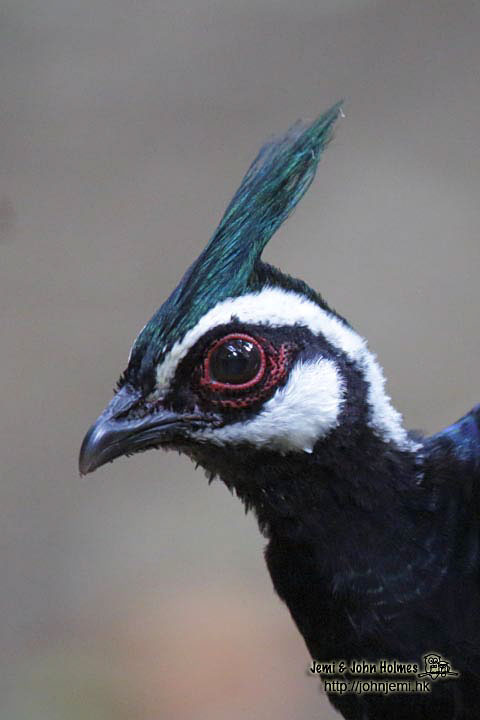 I bought John E. DuPont's "Philippine Birds" shortly after the 1985 reprint, but it sat unused on the bookshelf for a long time. I've had a couple of pre-Internet era Trip Reports on the Philippines ( by Dave Sergeant and Brian Gee, bought through the Oriental Bird Club) for twenty years.  When "A Guide to the Birds of the Philippines" (OUP, 2000) came out I got that one, too. These days there is quite a lot of information on the internet, with Paul Bourdin's "A Birder in the Philippines" blog being both both entertaining and informative.

I first became aware of Palawan Peacock Pheasant thanks to Ian Merrill's fine photo on the cover of (Oriental Bird Club Publication) Birding Asia 6. A perfect main target for an overseas birding trip it would seem.  There is just one habituated individual male PPP that comes to the Ranger Station at Puerto Princesa Subterranean River National Park (PPSRNP) as it is now known.

The Pheasant has been showing regularly for over ten years now, but it won't live forever.  We were reminded that the bird was still around because Abdel Bizid (with us in Taiwan) saw it in mid-May 2014. The procedures for getting permits to enter the park seemed complicated, but we were confident we could work out how to do it.

Manila is only one-and-a-half hours flying time from us here in Hong Kong, but having viewed the costs of guided birding tours on Palawan, we decided that these were rather expensive and probably rather more intense than we wanted.

Deciding to "wing it", we flew to Puerto Princesa, Palawan's main city. The following morning we went to the PPSRNP office, submitted our passports, and were issued a permit.  A local bus to Sabang  took just over three hours to cover 80 kilometers.

In late afternoon we went on Sabang's "Mangrove Paddle Boat Tour" (an example of "Community-based Sustainable Tourism"), and had decent views of Stork-billed Kingfisher and flybys of Blue-eared. At the mangroves we noted that the path to access the western end of PPSRNP was "Temporarily" closed. 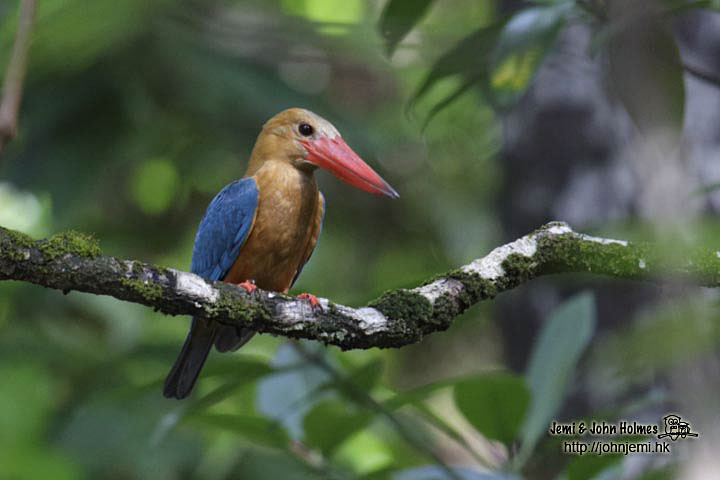 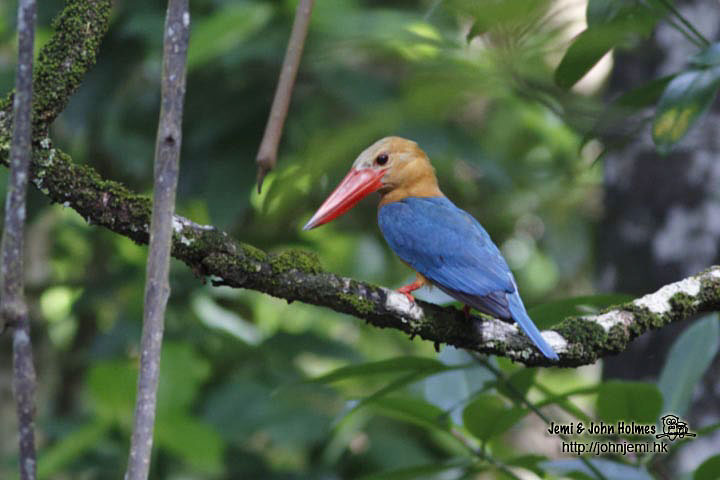 The vast majority of visitors travel from the quay at Sabang to the Park HQs and cave entrance on a flotilla of six-person "bangkas" or outrigger boats.

The following morning (Sunday) we were first in line to get our permit endorsed, paid 250 pesos each, caught our "bangka" and hit the beach at the National Park first. But we found that, already,  the park workers were around in numbers and it was hard to see or hear any birds.  The park people near the beach said that the "Peacock" usually showed "between five and six".

Large numbers of flotation-jacketed daytrippers were soon in the park too, on their way to the cave entrance to the underground river. We found that the eastern end of the forest trail away from the Ranger Station was "Temporarily" closed, too. So it appears that access to the rest of the forest is problematic right now. 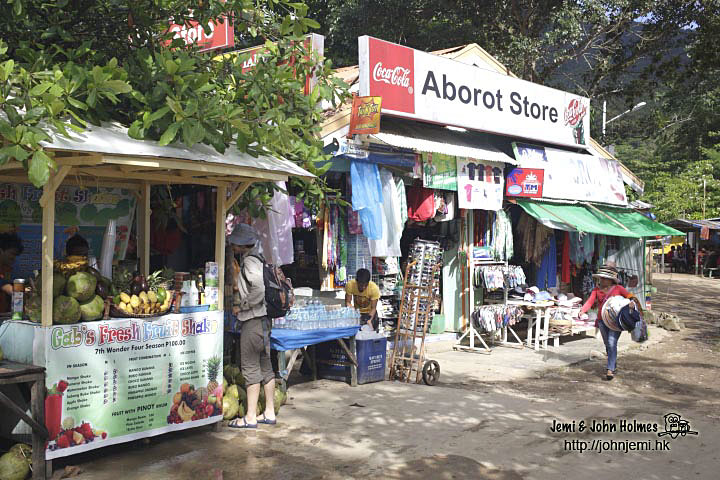 Endemic White-vented Shamas were breeding near our accommodation… 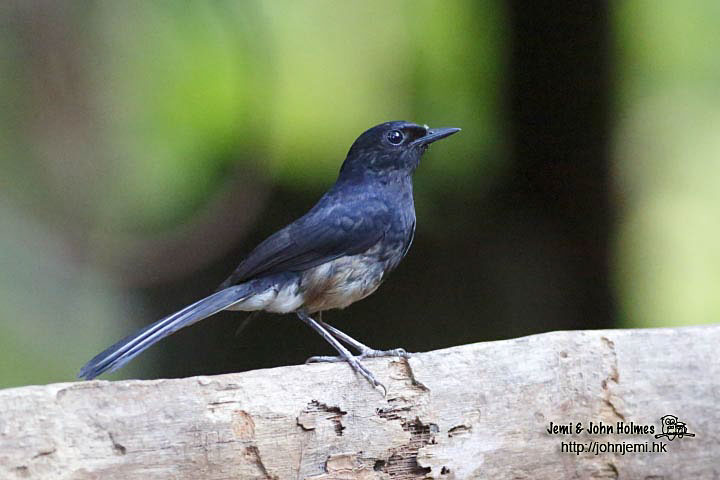 The guide book and the posters give the impression that PPSRNP permits can only be obtained in Puerto Princesa, but enquiring at the Sabang office during a midday lull in proceedings, it turned out that we could visit the National Park again the following day. I explained we were birdwatchers and wanted to start early. A new permit was issued, cheaper at p150 each because we didn't want to go into the underground river cave.  I told the dispatcher lady about our desired early start, and we had a boat arranged for 05:00. This cost p1,200 (return) because we had chartered it for ourselves.

We woke up in time, the boat operator was only slightly late, and we got to the Park HQs beach at 05:30. On an overcast morning it was still very dark under the forest canopy and we had to be careful not to stumble over the many huge Monitor Lizards that lurked around the Ranger Station. Of the Peacock Pheasant there was no sign. We decided to look at the boardwalk to the cave boat area, and keep checking the well-swept surrounds of the Ranger Station. As it got lighter we had a glimpse of Hooded Pitta, but it scuttled away. 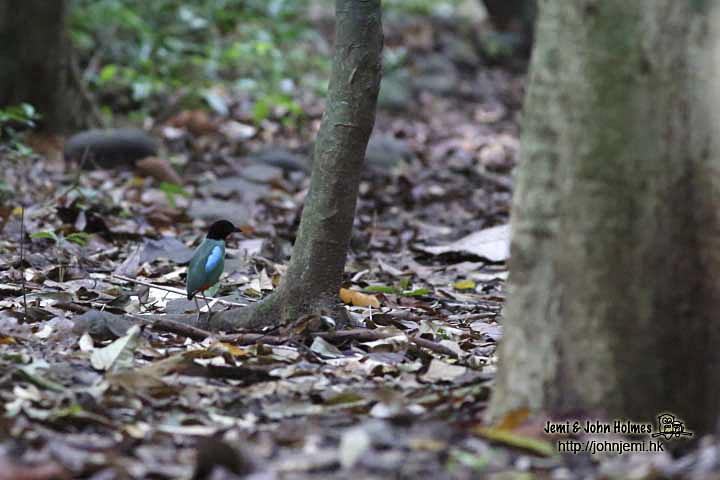 Later I found Tabon Scrubfowl near the boardwalk and returned to tell Jemi. She was just coming from the Ranger Station to tell me that the star of the show had made his entrance. For the record, the time was 06:20. 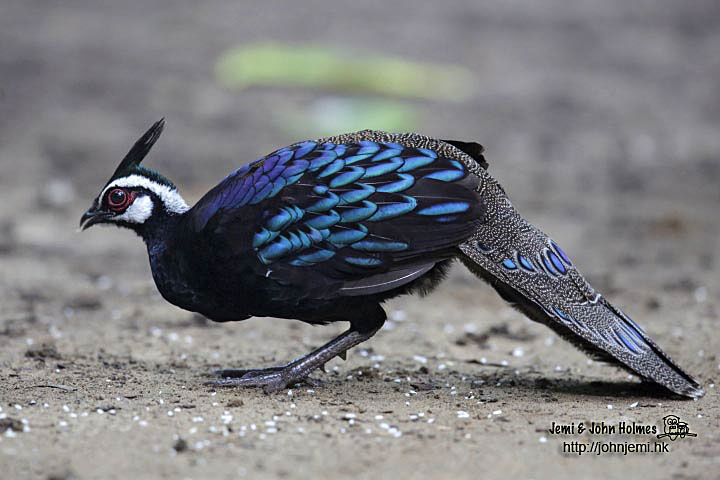 It was a photo opportunity that probably would not have been possible before the digital era. I cranked the ISO up to 6400 and snapped away with the 500mm lens hand held.  Again, the Image Stabilisation made a big difference, but but nothing could slow the movement of the bird's head, which caused the discarding of most shots.  Palawan Peacock Pheasant is usually at the top of most birders' Philippine bird lists, and it soared to the top of our short Philippine bird list, too.

After several minutes the PPP turned like a miniature jewelled galleon, and marched back into the forest. 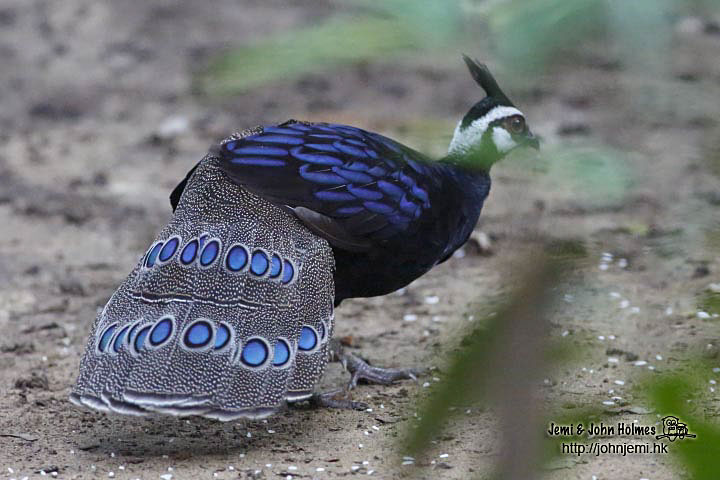 After that everything was a bit of an anticlimax, but a view of Palawan Hornbill through a gap in the canopy was very welcome. From Sabang we got an "Air-conditioned" (it was freezing) van northwards to El Nido.

This part of our trip to Palawan was really more "sightseeing" than "birding", I confess. 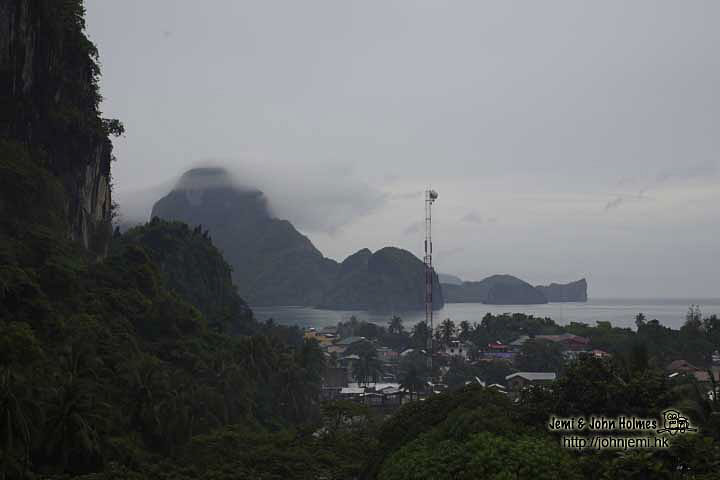 The scenery was nice and a day trip to a waterfall turned up Palawan Flowerpecker and Yellow-throated Leafbird, another Palawan endemic. 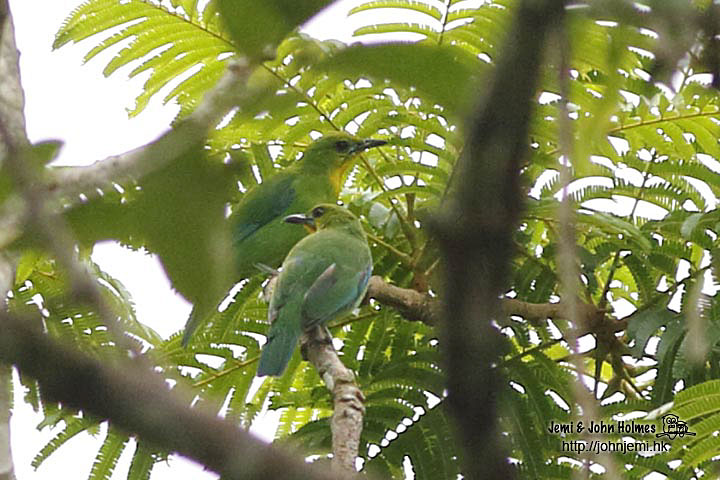 Our final two nights and one full day on Palawan were based at Puerto Princesa. We hired a van (p2100) for six hours and went out to the main highway south.  Following information on Paul Bourdin's blog, we birded an old "Zigzag road" that goes over a wooded hillside after the 33km marker. Despite the threat of rain we had some good birds there.


That evening, we went on a popular tourist trip on the Iwahig River to see firefles. It was very dark for seeing anything apart from the fireflies, so a bit of open shutter "painting with light" was something to try.

Here the guides' red torch (to excite the fireflies) and the fireflies themselves seem to form a riot of colour.

We returned to the "Zigzag Road" (there are many such in the Philippines, I think) to try for night birds, but nothing responded to our recorded bird calls.

Later, while driving back towards Puerto Princesa, Jemi spotted a big lump in a tree a few yards from the main road. We backed up a hundred meters or so, and the "lump" was still there, sitting on a low, bare branch.   The clear white heart-shaped face of a tyto owl was looking back at us !  Barn Owl is not in the Philippines, it seems, so it must have been Grass Owl, in a fairly typical habitat of grassland and rice paddies. Sadly, we got no photos, as it flew soon after the vehicle backed up for a closer view.

Palawan made a pleasant change from Hong Kong, and we saw about 75 species in our time there.

My "hiding behind the sofa" act hasn't done the England World Cup Squad any good, though. They lost their first two group games and will play Costa Rica  tomorrow.  Four months ago I was telling people in Costa Rica that I'd be thinking of them when the match took place.

So I shall, but whatever happens, England are "toast" , and Costa Rica are deservedly through to the last 16.