CAÑO NEGRO… home of the Caiman

Cano Negro is an area of river floodplain close to Costa Rica’s border with Nicaragua, where the Rio Frio flows towards Lake Nicaragua. We visited at the end of February this year.

As the lagoons dry out, there is lots of marshy habitat for birds and other wildlife.  If I was in charge, I’d market the area as “Costa Rica’s Okavango Delta”.  Instead of large african mammals, though, there are horses and cattle, so it's not quite the same.


Most of the birding is done by boat along the waterways.

We weren't the only birders on the river ! 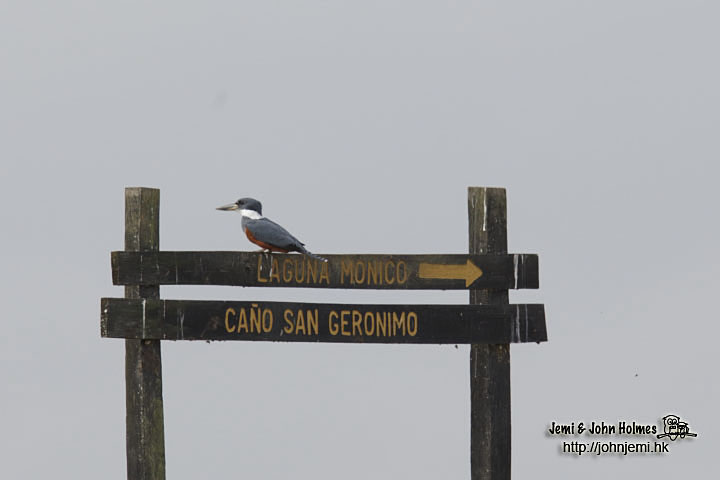 A lot of the daytrippers arrive after nine o'clock, having come all the way from La Fortuna, near Arenal. We were usually finishing our morning boat trips by then, having had the best of the day, we felt. 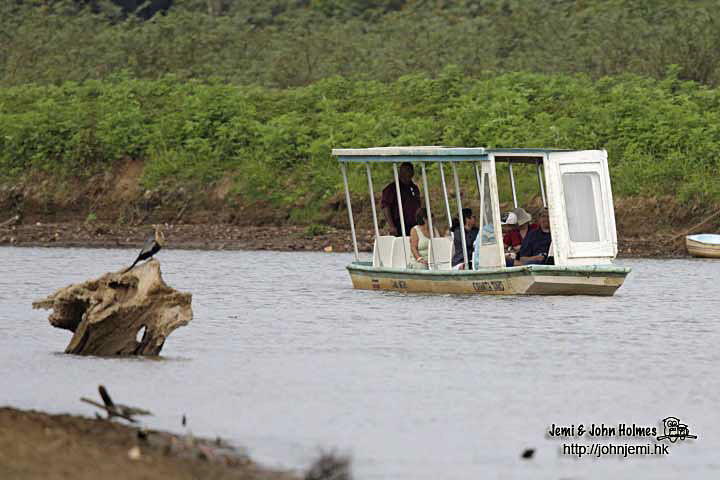 We did our first two trips with the guy who ran the place we stayed, but he wasn't particularly good at birds. Later, we approached Rosi Arguedas of Paraiso Tropical (office opposite the square and beside the landing jetty path) who spoke English. She told us that their guide, Ernesto Santamaria, was a very keen birder. Ernesto also spoke a bit of English, which turned out to be useful.
That evening we hired Ernesto (three of us paid US$60) and soon added Green-and-Rufous Kingfishers, Giant Potoo, and Common Potoo to the growing list of birds we’d seen on Cano Negro boat trips. We didn't even have to get out of the boat to see the Potoos.

With the Green-and-rufous Kingfisher we completed the "set" of green american kingfishers depicted on plate 26 of "Kingfishers, Bee-eaters and Rollers" by Hilary and Kathy Fry, and Alan Harris.

A morning boat trip with Ernesto netted us Agami Heron and Jabiru. He was very willing to lead us ashore here and there when it was necessary to get a view of the specialties. 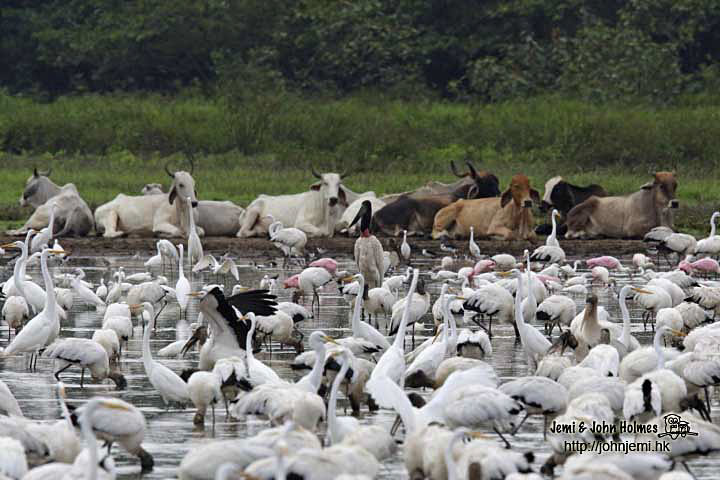 Wandering around the area, we enjoyed the general ambience of Cano Negro, with Jacanas feeding like sparrows around grazing horses, and Amazon Kingfishers duelling over the river.

In the village itself we found some colourful birds near an open-air restaurant.


After three nights and four boat trips, as well as birding along the riverbank on foot, we added over thirty species to our growing Costa Rica list.