Just in case anyone was worried that I'd moved to Central America, I know that a post from Hong Kong is somewhat overdue.

It's been raining for the past couple of days with a typhoon passing to Hong Kong's south and west.  If you imagine a big anti-clockwise spinning wheel, that means wind and rain coming off the South China Sea from the east and south.  Good conditions to see seabirds, perhaps ? HK's first confirmed Bulwer's Petrel was found moribund in a public park after a similar typhoon in 2011.

Yesterday I dutifully went out and scanned the fishponds near Mai Po for anything that the storms might have blown our way. All I saw were a few windswept Chinese Pond Herons and a jaywalking White-breasted Waterhen.

The trouble is that there are not so many birds "on the move" in July.


So here's a post about rainy weather in mid-May.

(10th May 2014) It seems to have been raining for the past two weeks.  The kind of weather where you think the sun has broken through, but around the corner a big thundercloud is speeding towards you..

Here are some shots from late spring in Hong Kong.

Winds from the south and west have tended to speed avian migrants on their way, too. Here are some shots of some of the last of these seasonal callers at some fishponds near Mai Po Nature Reserve. 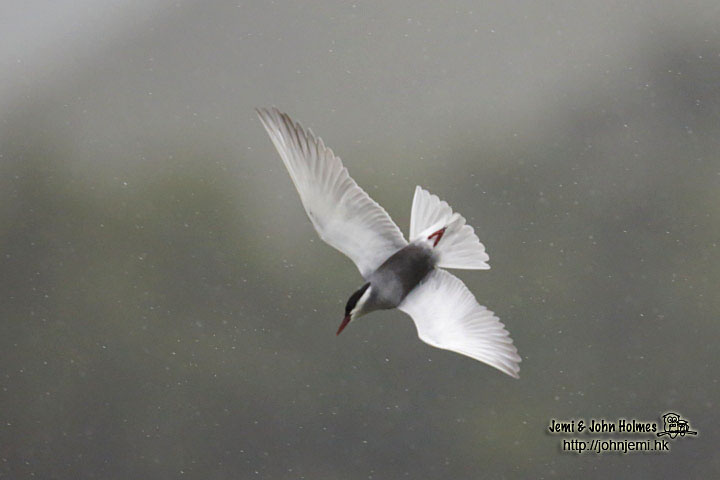 Starting with a couple of shots of Whiskered Terns. Grey skies and rain tend to bring them in off the sea, and then they circle selected fishponds for a day or two before they move on.

One photographic lesson I've learnt with these is that you can take a thousand shots against a grey sky and the birds will look even greyer….. 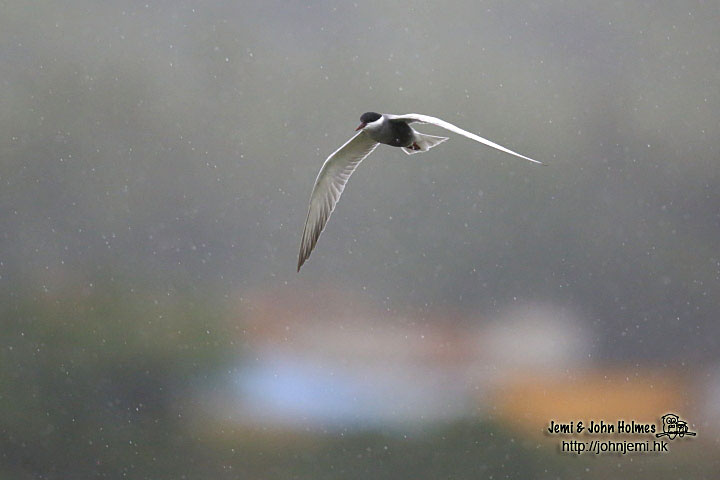 So, the artist in me found a bit of green hillside for a background, and snapped away. And some extra colour is furnished by a stack of out-of-focus containers….. (Sarcasm alert) - the quintessential Hong Kong photographic experience ! 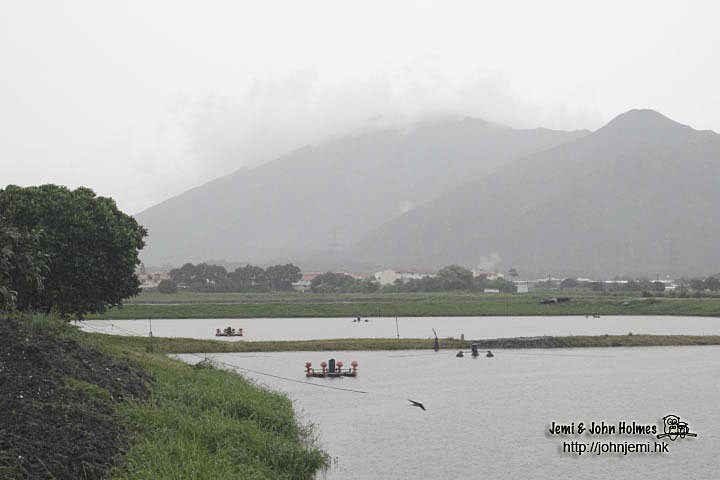 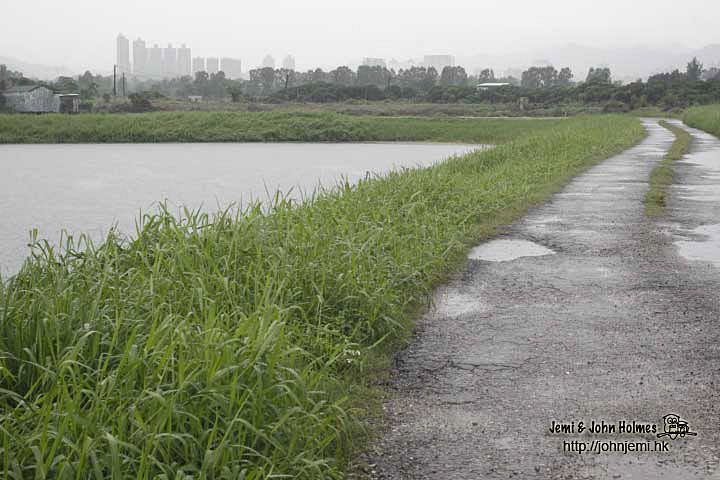 Around the fishpond banks, the unusual sight of some Red-necked Stints 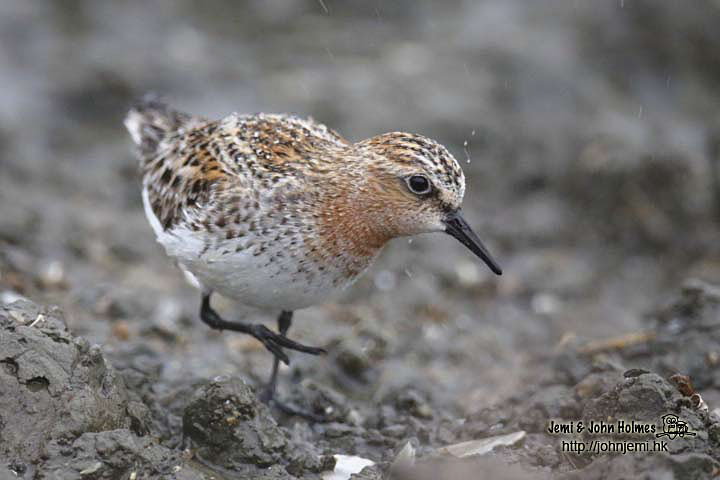 Beancurd dregs at the pond edge (to feed the fish) had turned into a messy slime, but either the slime itself - or attendant insects was attractive to the birds. 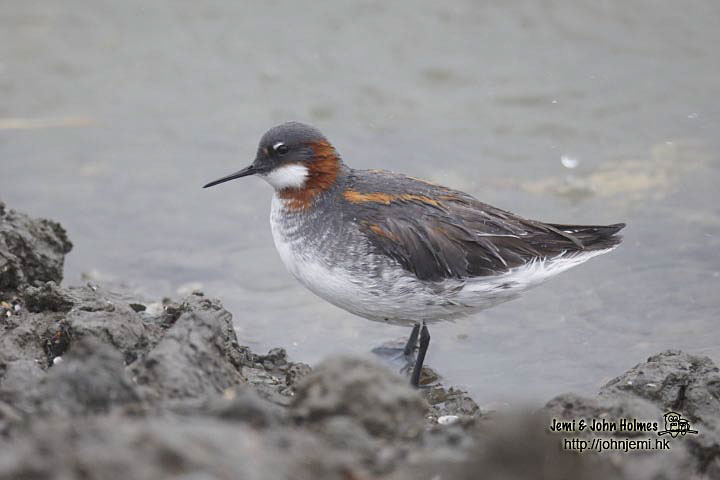 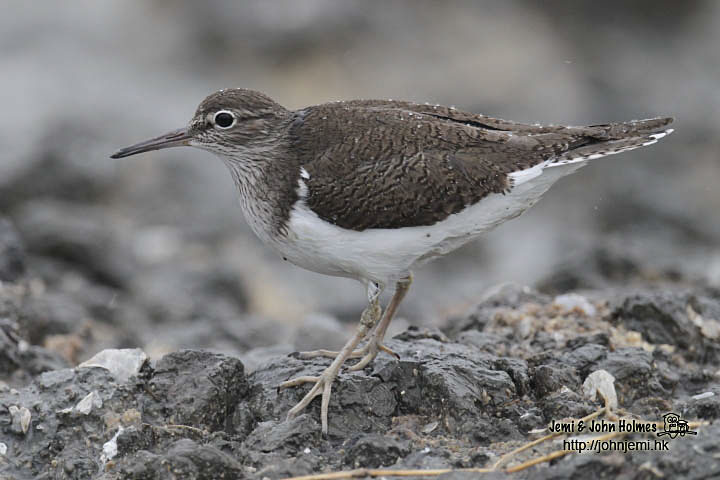 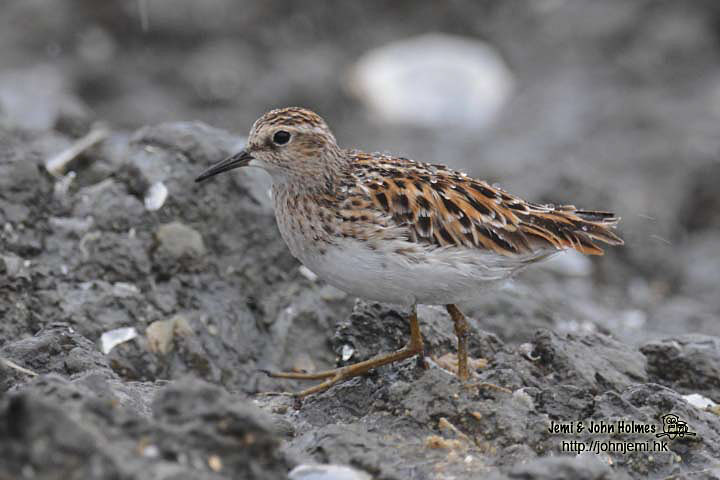 and an influx of Pale Martins. 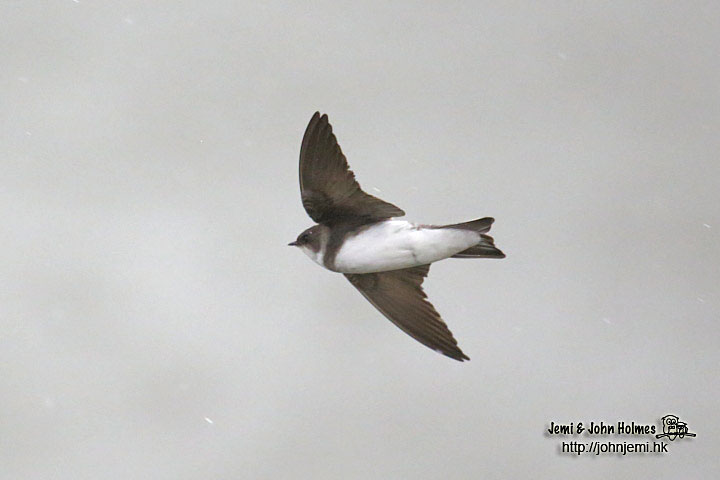 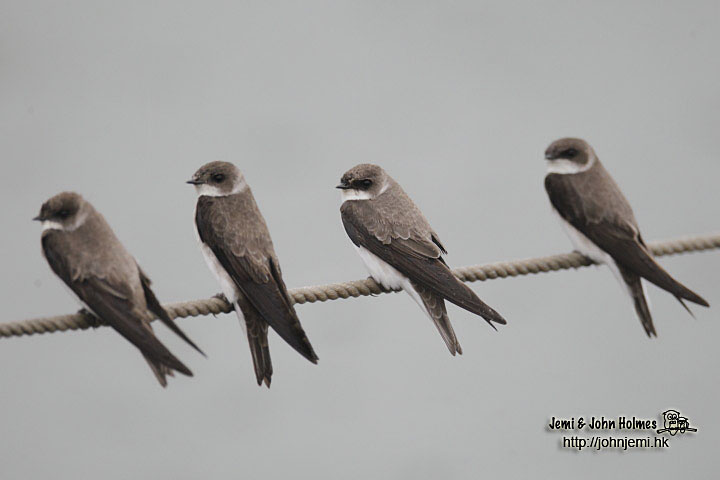 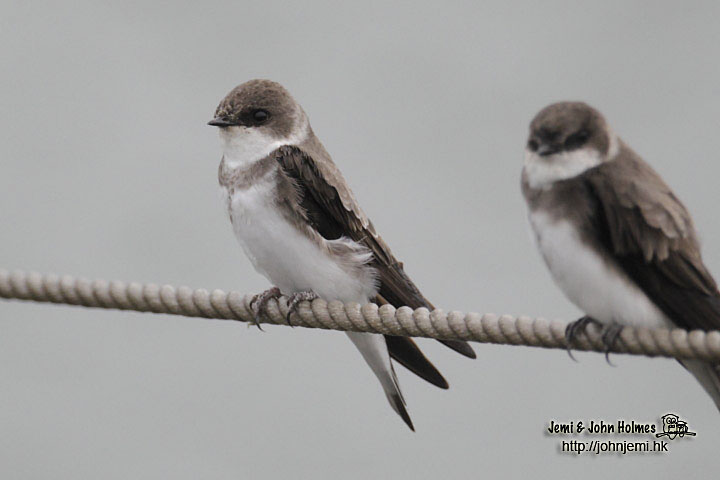 Usually, the Pale Martins are mixed in with hordes of Barn Swallows, but back on May 9th they were ruling the air by themselves.
Posted by John Holmes at July 19, 2014