Typhoons can be shared experiences in a place the size of Hong Kong. With concern about danger outdoors, and worries of damage to property at home, people tend to stay indoors and sit them out.

So with Super Typhoon “Mangkut” approaching we were reluctant to leave town, but a short sea birding trip had been booked and paid for weeks earlier.

The trip was researched and organised by Carrie Ma, and there were four of us HK birders in the party. The fourth participant was T P Luk.

Xiamen (formerly Amoy) in Fujian Province, is only four hours away from Shenzhen North Station on China’s new high-speed railway system.  Xiamen is the place where Robert Swinhoe shot the type specimen of Hydrobates monorhis (Swinhoe's Storm-Petrel) in November 1866.

We boarded the Superstar Gemini at Xiamen’s plush new ferry terminal with three days of pelagic birding in mind.  The other five hundred or so passengers thought they were on some sort of casual cruise, with buffet dinners, cabarets and a chance of poolside frolics. The route, as plotted by Carrie from Google Earth, is here...

The ship departed in late evening on the 14th and dawn on the 15th found us off northwest Taiwan sailing into large swells. The ship was very big and stable, but there was a high wind from the front (northeast). 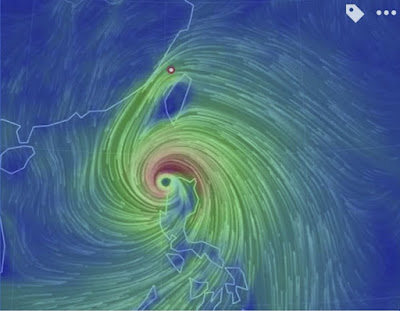 This was indirectly due to the influence of Typhoon “Mangkut” (according to the "Nullschool.net" website ). We were distant from the Typhoon and moving away from most of the rough weather, but perhaps the winds from the east pulled more birds toward the sheltered side of Taiwan.

For safety reasons the sheltered 8/f rear deck was the only available outdoor space on the first day at sea.  But one of our highlights came early with the sight of a string of storm-petrels passing southwards, near some wave-swept trawlers.

Later we saw our only Masked Booby of the trip. These breed on the Daiyutai/Senkaku Islands, which we later passed close to after dark.

We were overflown by a migrating flock of fifteen (ten here) Little Curlew.

Later in the day the wind subsided somewhat and the sun came out. We saw what at first appeared to be a large tern, sitting on the sea surface. Actually, it was a White-tailed Tropicbird.

We passed some rock stacks before darkness fell. 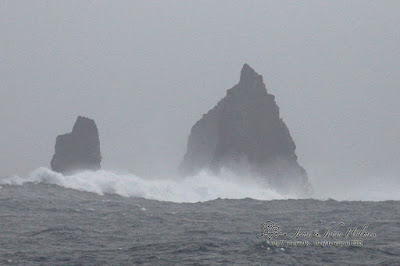 We arrived at Miyako Island in the Japanese Ryukyu chain at daybreak on 16th September and after Immigration checks commenced our coach tour of the island shortly after 07:00hrs local time.


The race of JWE on the Ryukyus is the exotic-sounding loochooensis.

The longest coach tour stop was at some kind of shopping warehouse where a variety of "Made-in-Japan" supplements and lotions could be purchased at purportedly bargain prices.

Outside, beyond the car park, it was good to see Blue Rock Thrushes in good numbers. Brown-eared Bulbuls also lent character to the island landscape.

We saw two each of Pacific Golden Plover and Grey Plover in fields, and about a dozen Common Greenshank on a beach. All seemingly migrating birds.

In early afternoon we sailed away westwards from the Ryukyus in calm seas and this time had access to all the decks. Levels 7 and 8 near the bow of the ship seemed good viewing areas. We had about four hours birding before it got dark.

There were distant groups of Streaked Shearwaters and other unidentified seabirds.

Later on, one or two Bulwer’s Petrels came close to the ship,


......as did another hoped-for species, Wedge-tailed Shearwater.

A few flying fish were seen... 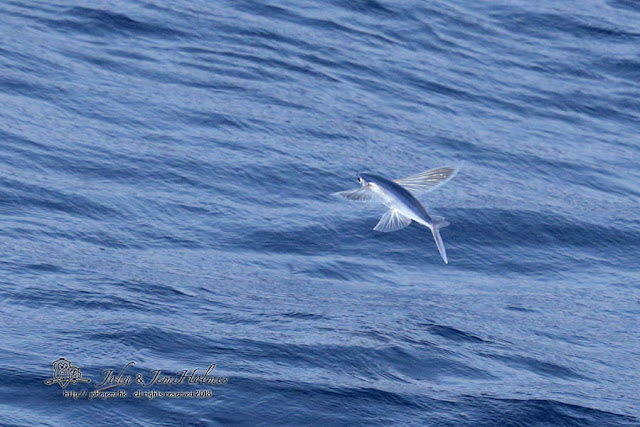 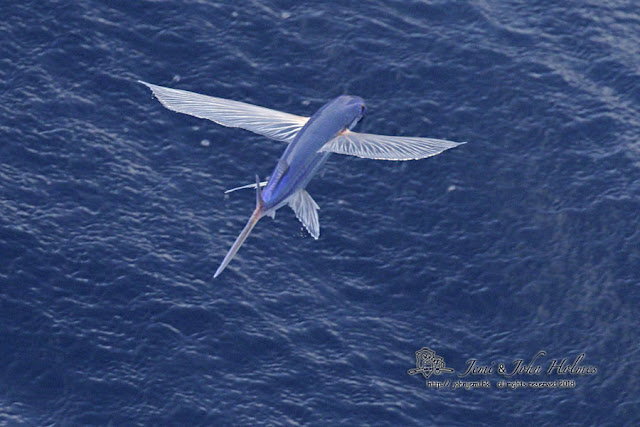 Finally, we had the whole of the 17th September daylight sailing from near the northern tip of Taiwan back to Xiamen.

Early in the morning it was misty and grey, but two pods with a total about thirty Bottlenose Dolphins livened things up.


Landbirds that had landed on the ship included Grey Wagtail and Brown Shrike.

A lone Whimbrel passed us in flight.

There was a distant tussle between a Bulwer's Petrel and what we thought was a first-year Long-tailed Skua (or possibly Arctic Skua, see comments below) 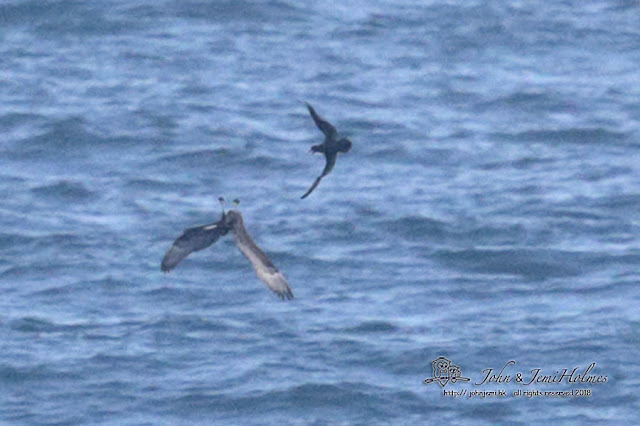 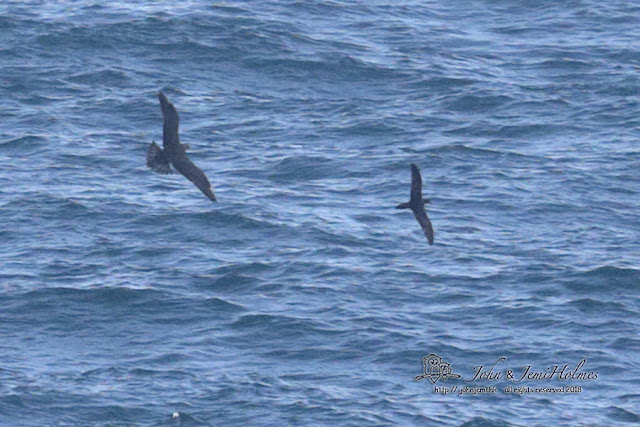 A loose aggregation of Red-necked Phalarope added up to over 120 in total.

Back at the Xiamen dockside, at around 18:00hrs there was a cheerful scrum to get off the ship, and we were done.

So, Superstar Gemini was often frustratingly distant from the birds, but it was about the stablest platform we could have hoped for. You could seabird with a ‘scope in most conditions.

Thanks again to Carrie for organising the whole thing.

It seems like we’ve only scratched the surface in terms of discovery, so we’ll have to go again !