A rainy day in April seemed like it could be good for avian migrants, and sight of a single Chinese Sparrowhawk told me that I’d basically got the right idea.

But it wasn’t until I got to Tsim Bei Tsui (overlooking Deep Bay) that the rain grew more steady.

Some circling House Swifts made me look up, and slicing past them was a single Needletail. 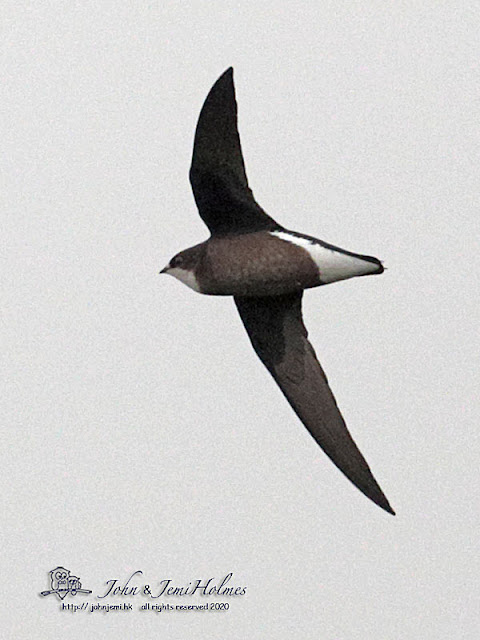 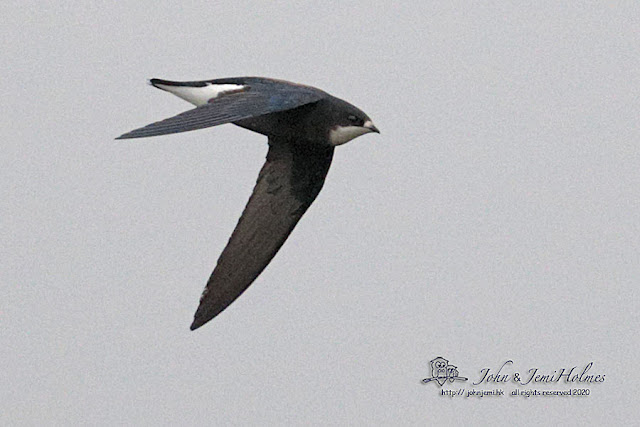 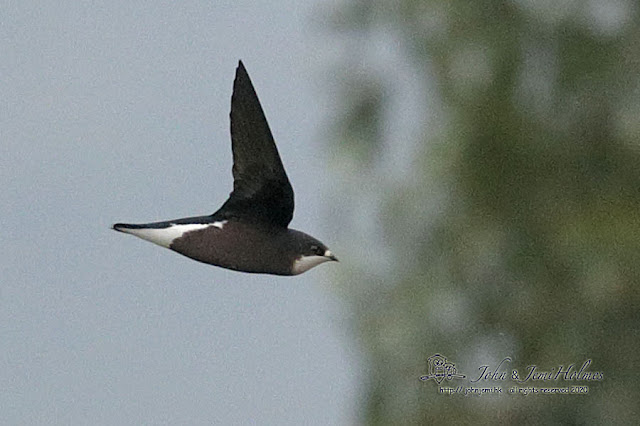 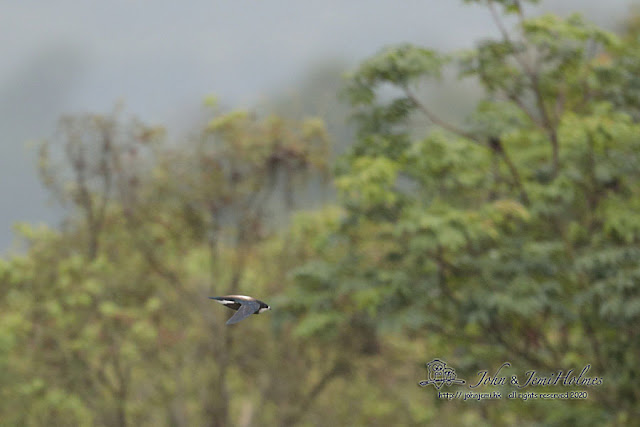 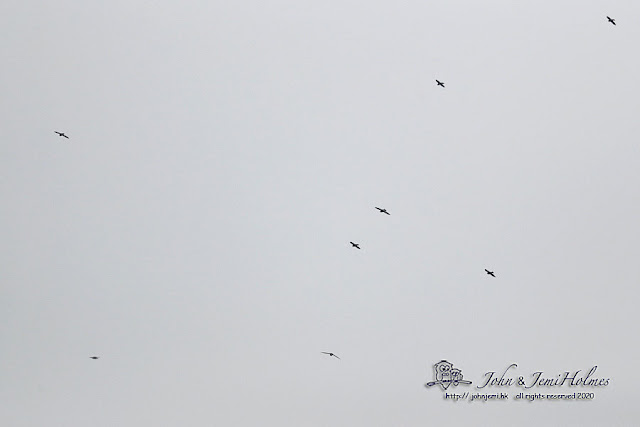 Later I counted forty-two birds - kettling like raptors over the helipad at Tsim Bei Tsui. 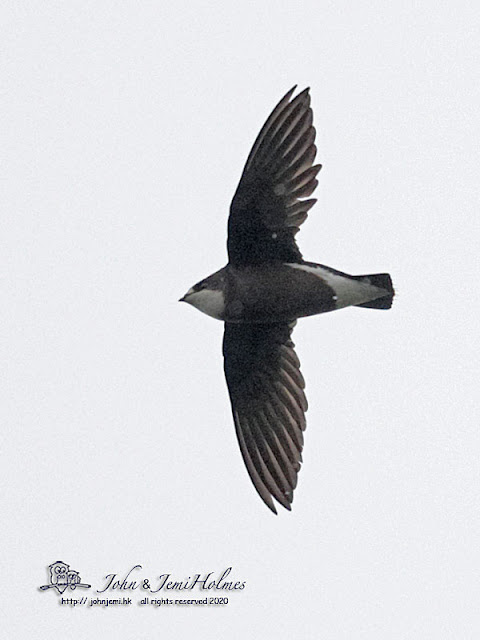 I spent an hour there.  When the rain got heavy one or two would come low enough to photograph, but when the rain eased, up they went again. 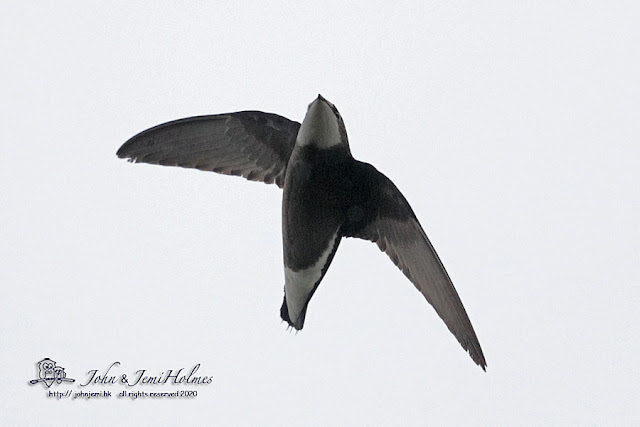 White-throated Needletail is a scarce passage migrant in Hong Kong, with most sightings being of fewer than ten individuals, although 120 were sighted (at Shek Kong) as recently as 2016.
Posted by John Holmes at April 24, 2020