I developed this roll of Ilford FP4 at home, soon after our return to HK from Po Yang Lake National Nature Reserve, (Jiangxi Province) at the end of 1989.

The wildlife shots come over better (obviously !) on the slide film I used, and an account of our trip in living colour is here. And Part II is here.

But, one camera body, one kind of film, one day in the fresh air.

At the end of December floodplains of the Yangtze River seemed cold and windswept, even though Nanchang, Jiangxi’s capital was a short flight from Kai Tak.

So, on the pretence that black-and-white may have captured the grey atmosphere of the area well, here are a few shots. 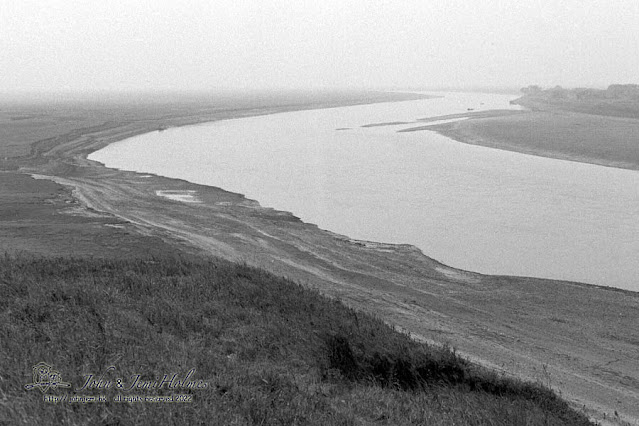 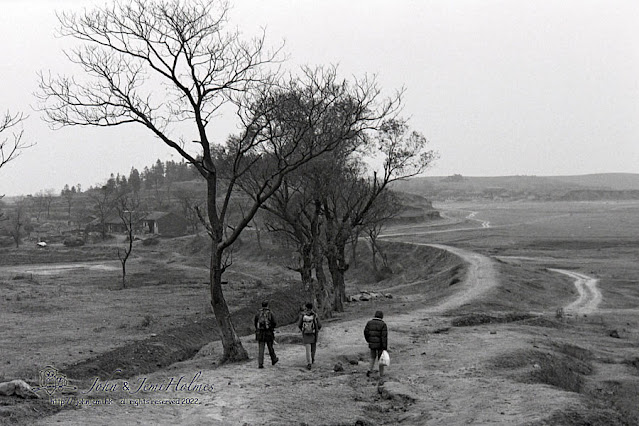 We were mindful that many of the places we walked would be inundated in eastern China’s hot and wet summers. 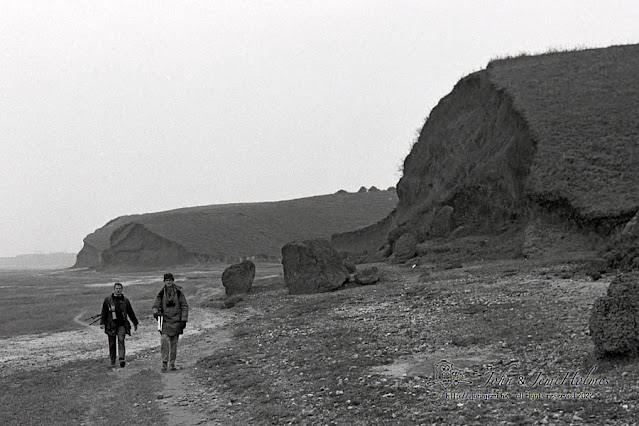 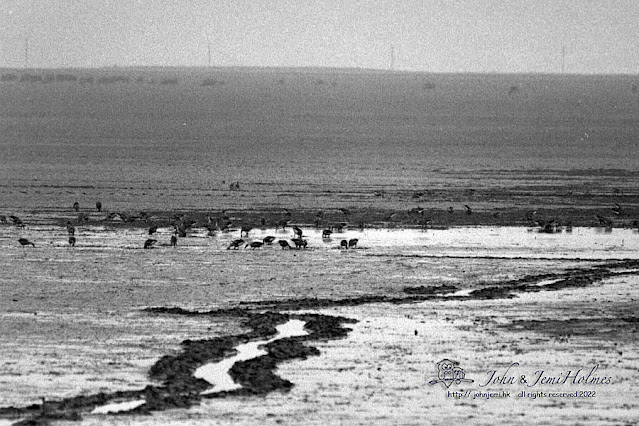 An extensive area of sand dunes, with horizons disappearing in the winter hazes, provided an other-worldly scene.

Not many birds out there, as it turned out. 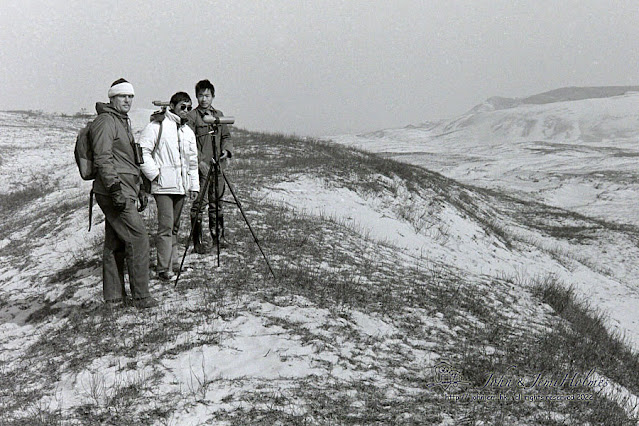 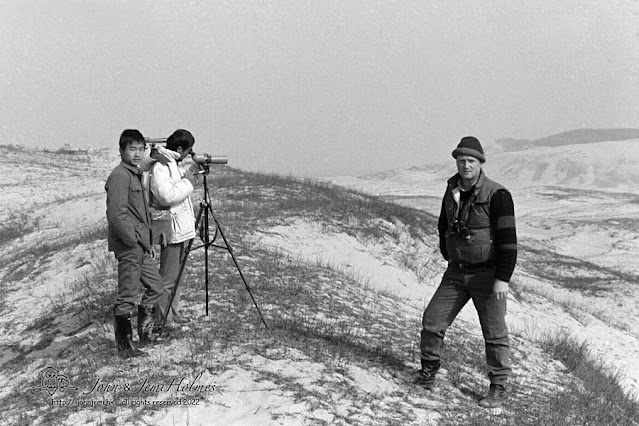 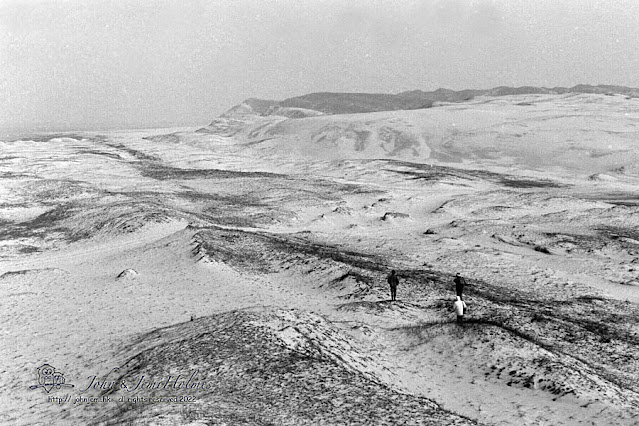 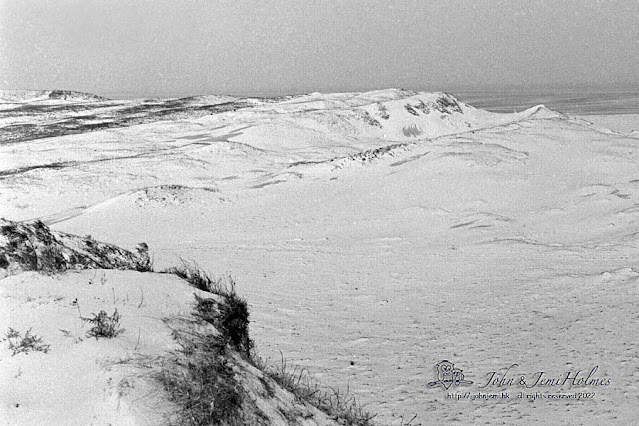 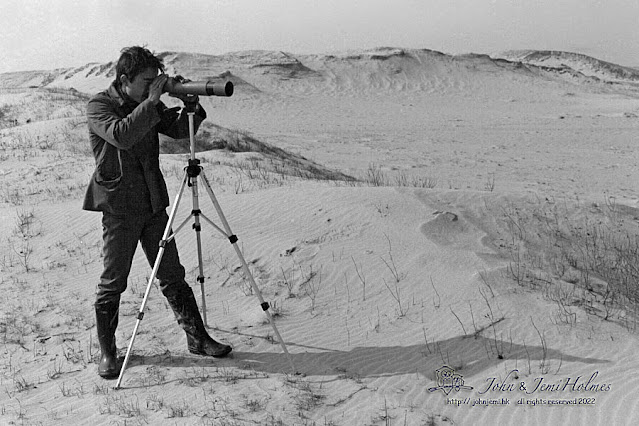 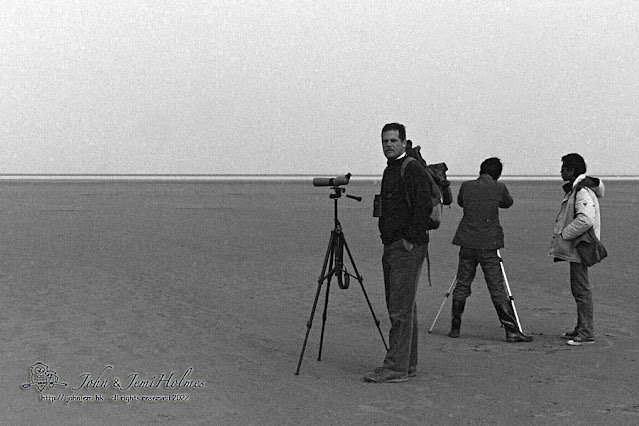 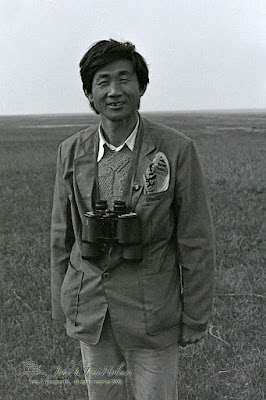 A boat-ride back to Wu Cheng was welcome after a long hike over the dunes ! 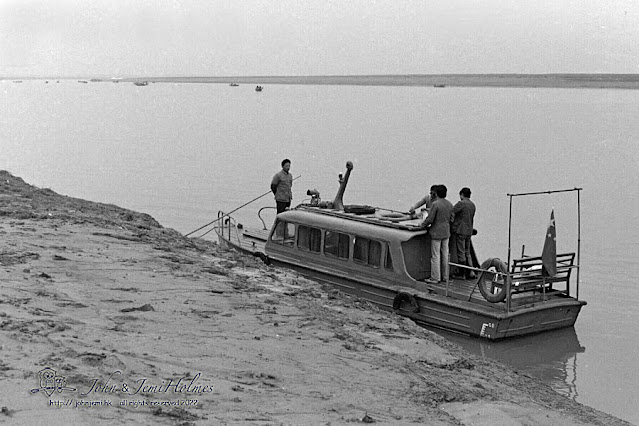 Back at Wu Cheng town I was intrigued to see people digging away in narrow trenches, and coming up with lintel stones, and other pieces of carved masonry.

The Japanese Air Force had bombed the boatyards and warehouses of Wu Cheng during World War Two. Among the remains of the many ruined buildings, some enterprising recovery and re-cycling was under way. 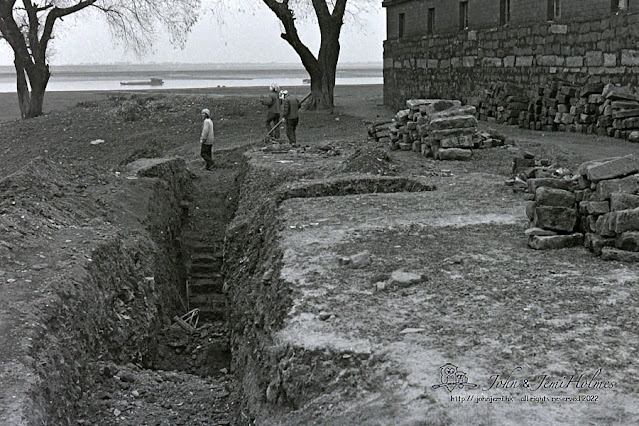 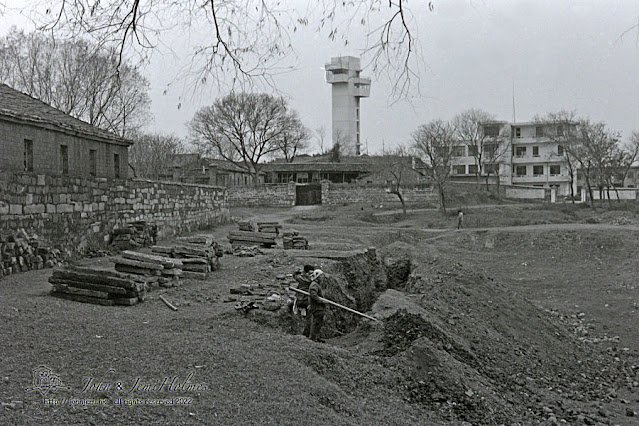 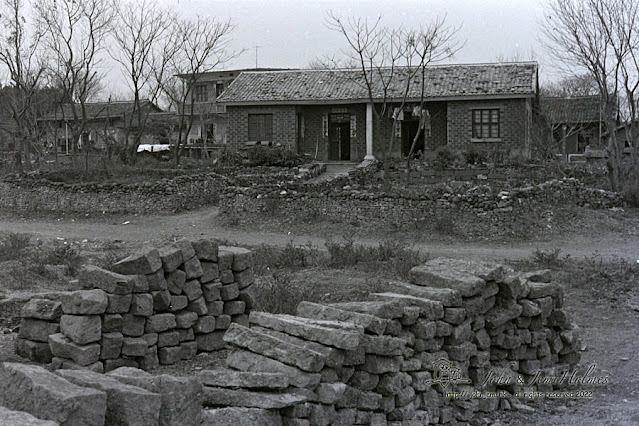 Some shots from just one memorable day of China birding.