We joined a southern waters boat trip on August 4th, with a plan to go to the far western tip of Lantau Island to look for Chinese White Dolphins (Sousa chinensis), and look for seabirds along the way.

Much rain seemed likely due to a passing Tropical Depression but umpteen stalwarts turned up to board the hired vessel at Aberdeen Public Pier at 07:15.

As things turned out much of Hong Kong got a soaking, but rain was light for us during our eight hours on the water. 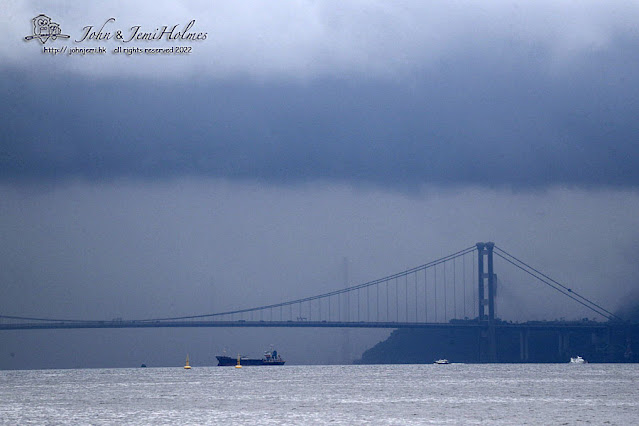 The “Pink Dolphin” was a symbol of the HK handover, but the local population has suffered a severe 21st century decline due to intense boat activity in Hong Kong’s western waters, made worse by construction of the HK-Zhuhai-Macau causeway and the HKIA Third Runway.

We found a small pod of dolphins - seven or eight, perhaps - close to the Lantau shoreline. 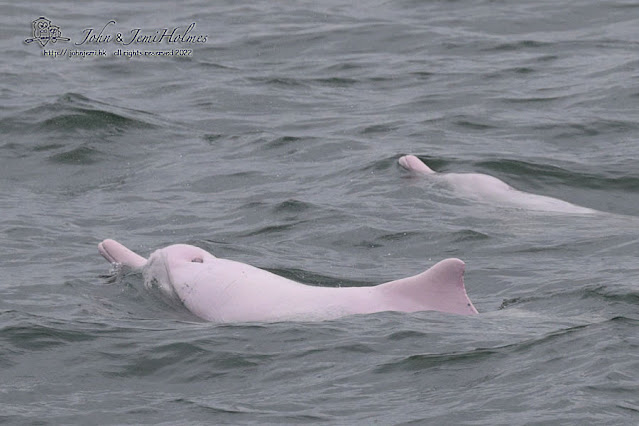 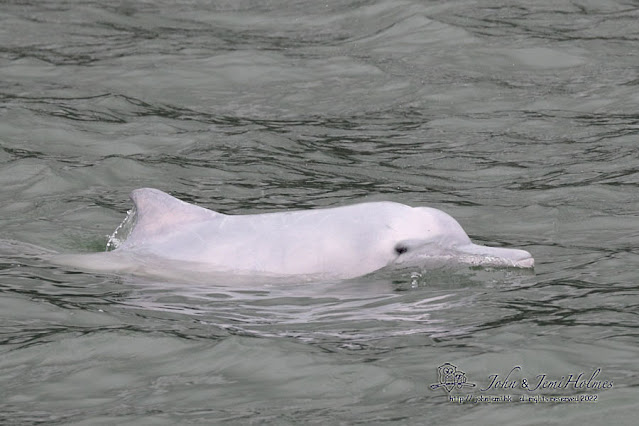 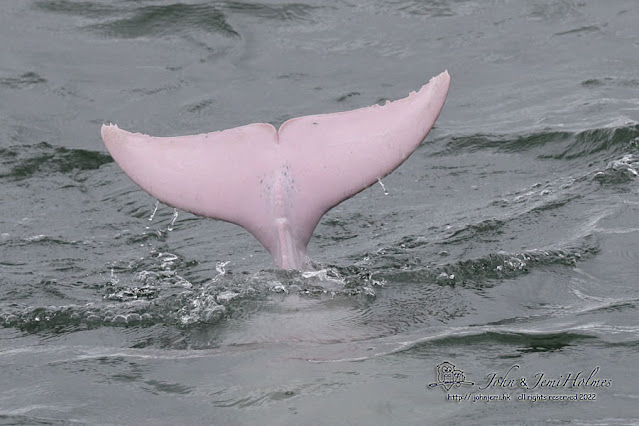 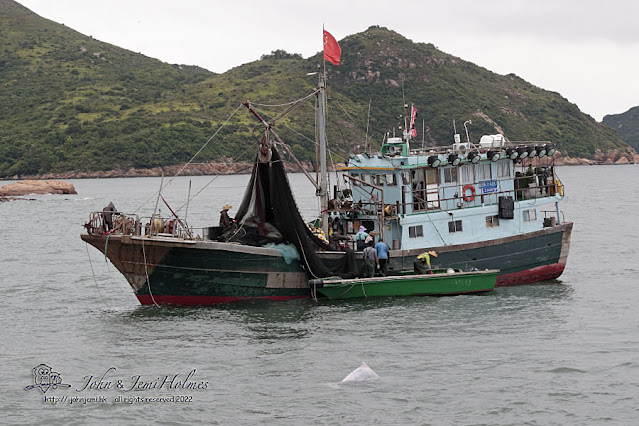 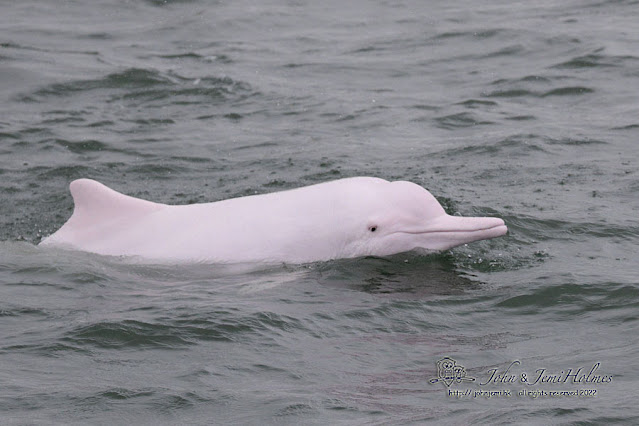 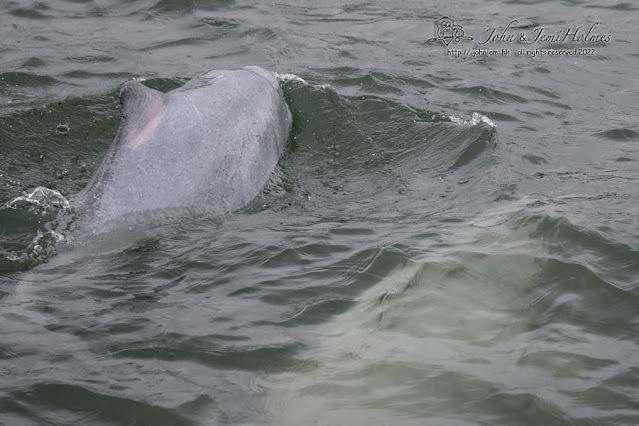 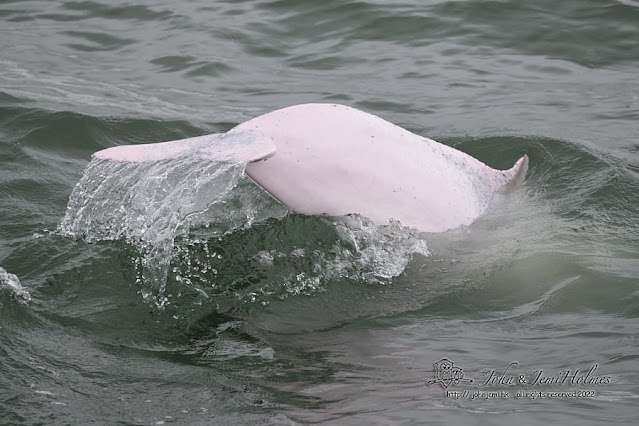 On the way back to Aberdeen we encountered three or four small parties of Finless Porpoises (Neophocaena phocaenoides). 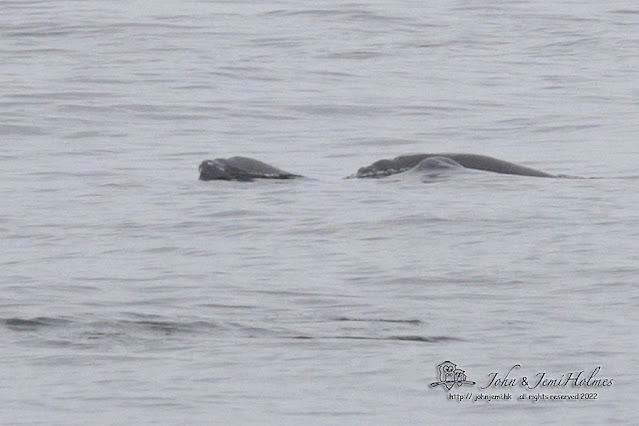 We had seen a few distant Bridled Terns earlier on, but when we passed the Soko Islands on the way to Lantau the breeding population of Roseate Tern (Sterna dougallii) on the Sokos was well-represented among the dozen-or-so birds that pursued the boat from time to time. 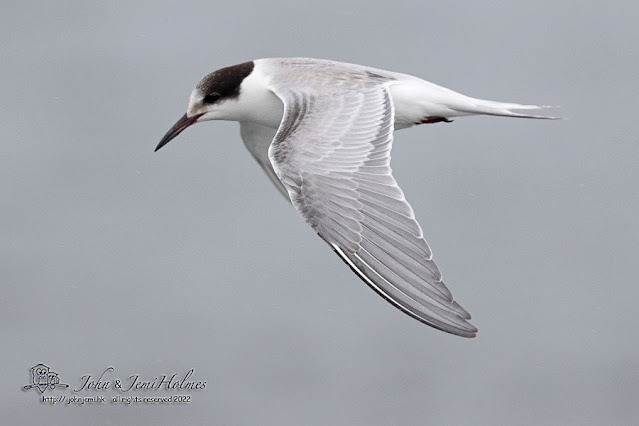 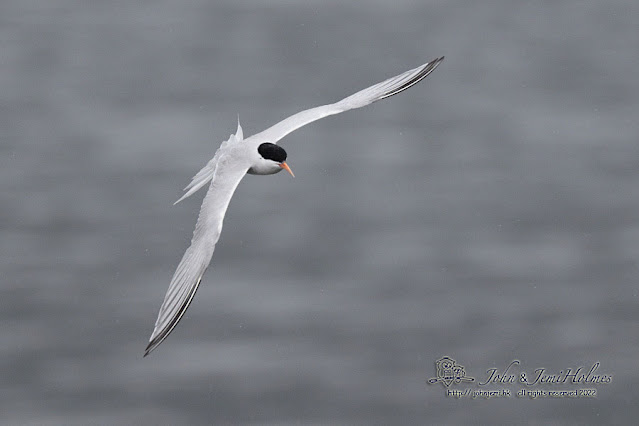 Inevitably in summertime, there were plenty of Black-naped Terns (Sterna sumatrana) around too. 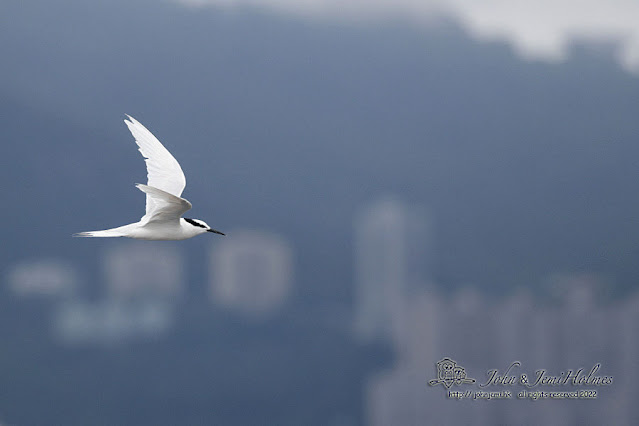 A grand day out !