Overcast skies and light rain brought a bit of relief from the summer sunshine.

Off to the hills for a short stroll, then. 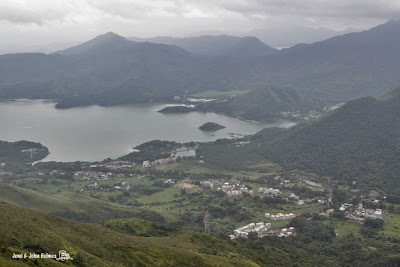 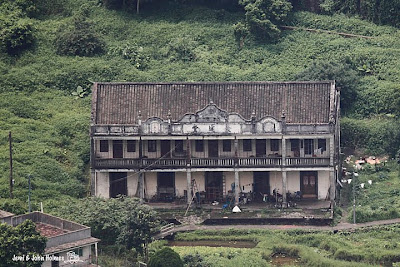 near Au Ha Tsuen
Built in 1933 ? - a minor miracle this place hasn't already been converted into peach-tiled village houses. 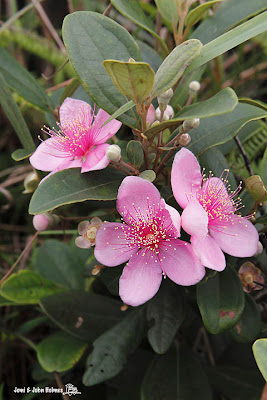 Rose Myrtle
- the fruit should be edible in a couple of months. 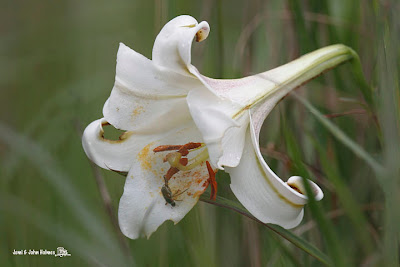 Chinese Lily
- with a beetle ! 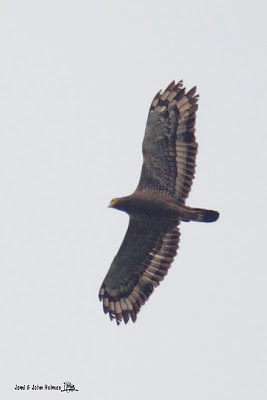 Crested Serpent Eagle - the lighter feathers on the wing coverts mean this is a young bird.
Posted by John Holmes at June 16, 2010