A life on the ocean waves..

News of rarities in HK can be a roundabout process, despite the best efforts of the rarity finders themselves, and the volunteer keepers of the free-local-call birdlines in English and Cantonese.

When we re-found George Ho's Blue-throated Bee-eater on the last Sunday in May, I phoned one or two people in case they hadn't heard…. including Graham T. , - who was actually in Dubai where it must have been around 04:00hrs. He was much more restrained than I would have been if I'd been woken at that hour.

Fast forward a fortnight or so. A photo of a Red-footed Booby (HK's sixth or seventh) was taken from the Ma Liu Shui - Tap Mun public ferry by Yau on Friday 18th June and posted late Friday evening on the HKBWS website. None of HK's previous Red-footed Boobies have been "twitchable", and as the car was off-road for maintenance I gave it little further thought.

However, the peripatetic Graham was back in HK last weekend, and demonstrated his "HK-350-year-list" * enthusiasm by re-finding the Booby near the shoreline at Ma On Shan. Being a forgiving soul (or perhaps thinking I'd be "sleeping in" after England v. Algeria at the World Cup) he phoned at about 08:00hrs Saturday morning with directions.

A taxi was summoned, and - after some false turns - we saw the Red-footed Booby too. Later we joined people in a hired boat for better views. 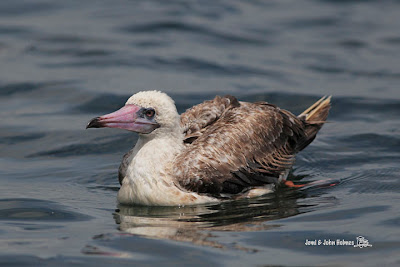 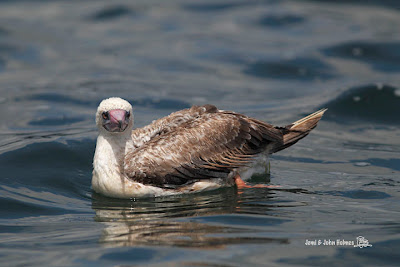 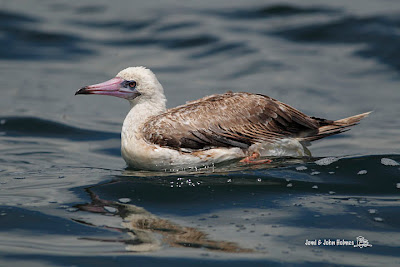 Thanks to Yau and Graham respectively, for finding and re-finding the Booby. Red-footed Booby has become a rare summer vagrant in Hong Kong. With at least one breeding colony in the South China sea, odd birds have drifted our way in June, July and August.