A few Hawfinches have been seen in Hong Kong this winter, a species that would normally get little further south than Shanghai.  It has been a cold winter at times, and hopes have been entertained by some that a few of HK's Hawfinches might be genuine winter visitors.

I thought I'd go and look for a Hawfinch sighted by Mike Kilburn. It had been seen with a flock of Chinese Grosbeaks that also included a couple of (quite rare here) Japanese Grosbeaks.

As the trees at the bottom were bare, I wandered up through an overgrown valley to the abandoned village of Tai Om.  The trees have grown up so quickly in the past 20 - 30 years that I imagined myself as a 21st-century Hiram Bingham, rediscovering Macchu Picchu. 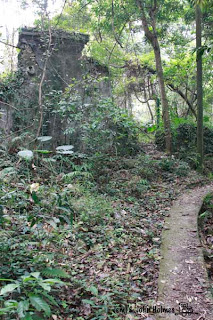 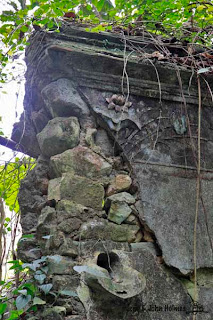 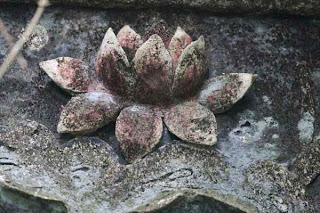 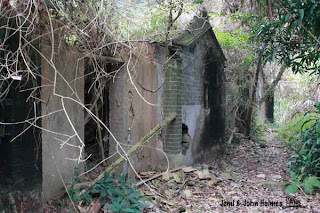 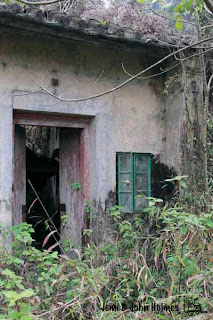 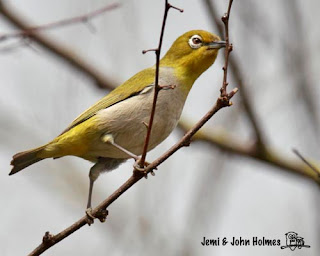 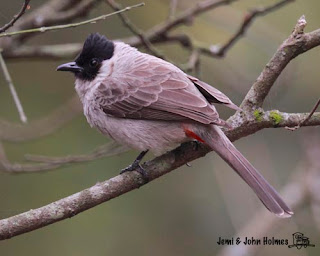 In front of a stand of ruined houses I heard the distinctive "crack" of grosbeaks pecking buds of new leaves off an old Celtis sinensis (Chinese Hackberry) tree. 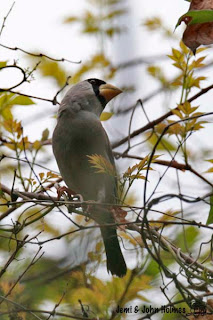 It was impossible to see all the flock of 18 - 20 birds clearly, so I "dipped" on the Hawfinch.  However two Japanese Grosbeaks were some compensation.

As of last week the Hongkong Birdwatching Society Records Committee has reviewed all Hawfinch records.  Unfortunately, some of this winters' Hawfinches have been exposing themselves to photographers at close range in places like Yuen Long Town Park, and exhibiting small but suspicious signs of external (cage) damage.

So Hawfinch still isn't "tickable" here.  Which is a pity, because some of the birds - like the Tai Om individual - have been much shyer and have given every appearance of being a genuine vagrant.
Posted by John Holmes at March 17, 2011