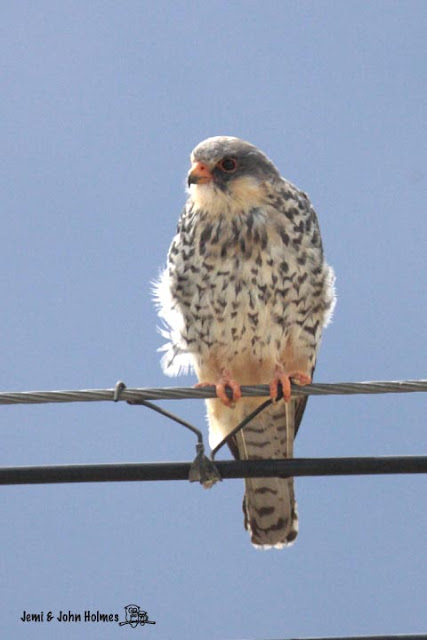 It's a fair bet that Stevie Wonder doesn't have Amur Falcon on his palearctic list.
We saw dozens of them in mid-August 2011, on power lines east of the Helan Shan Mountain Range in Ningxia Province. 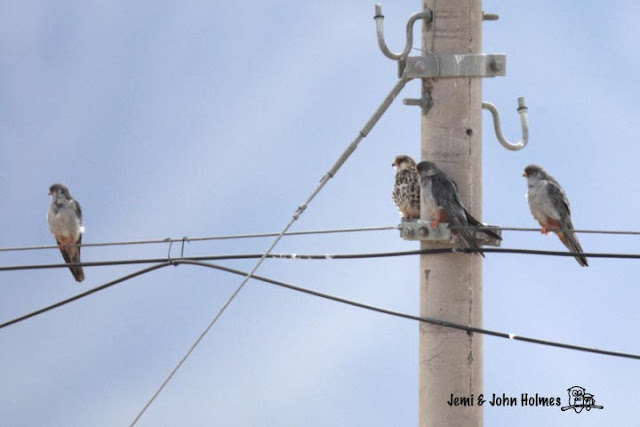 They seemed to be in ones and twos and threes and even fours every few yards, hanging around like teenage delinquents. I guess they were in the early stages of their extraordinary migration from eastern Russia to sub-saharan Africa. But even with such a long way to go, they didn't seem to have any great sense of urgency. But raptors are "cool", and something named after the Amur River is "cooler" still. 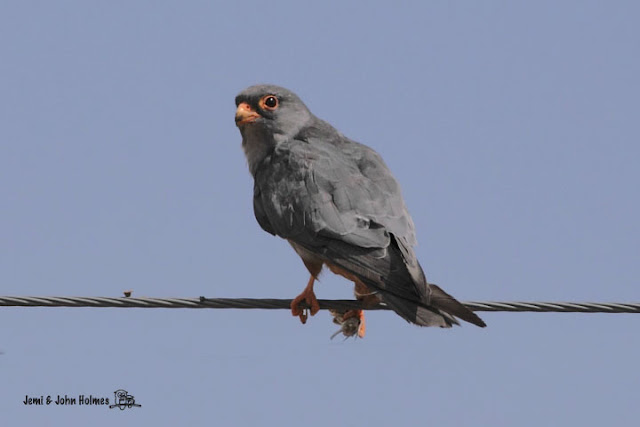 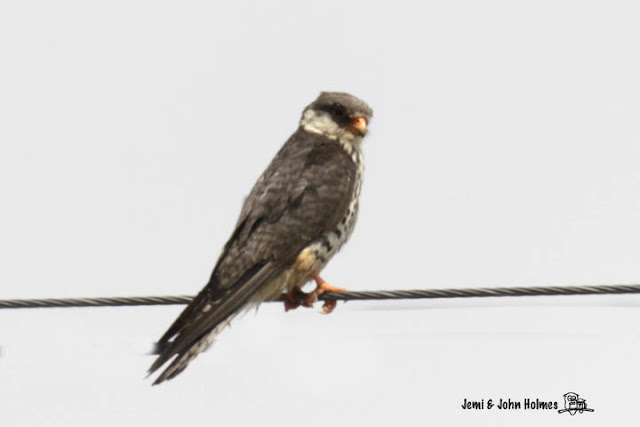 (Falco amurensis)
The Amur River sounds like such an exotic place to me, - like Samarkand or Timbuctoo - that I was was captivated by them, especially because I've missed the few vagrant Amur Falcons that have passed through Hong Kong.
xxxxxxx
I'll be trying to catch up and post some highlights from our recent China trip in the next couple of weeks.
Posted by John Holmes at September 15, 2011