Literally and metaphorically, Giant Ibis is the "Big One"; - the bird that visitors to the dry forests of Northern Cambodia have made the journey to see.
On the morning of our first full day in the Western Siem Pang "Proposed Protected Forest" we headed off to a trepeang (forest pool) about forty minutes from the guesthouse at Siem Pang town.
And yes, we were probably lucky, but there were no fewer than four of these almost-mythical birds foraging in the mud at the waters' edge. 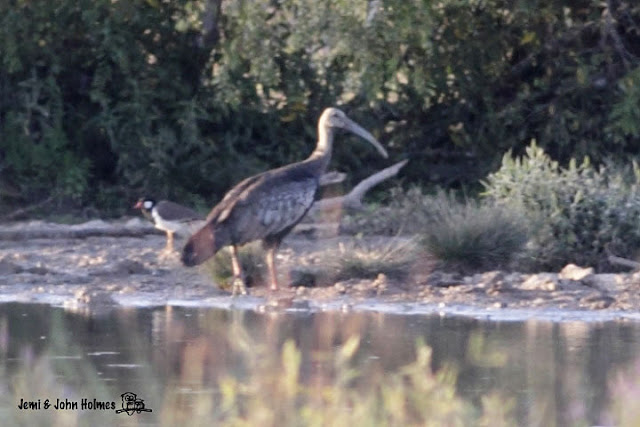 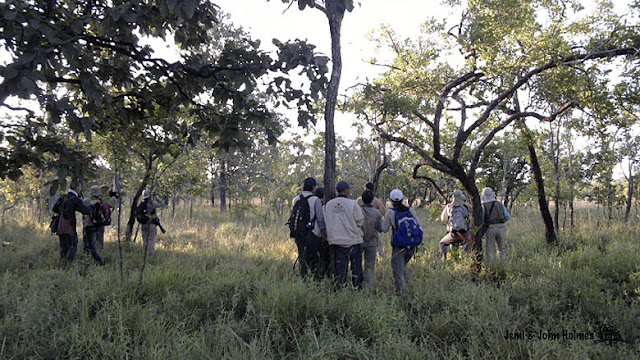 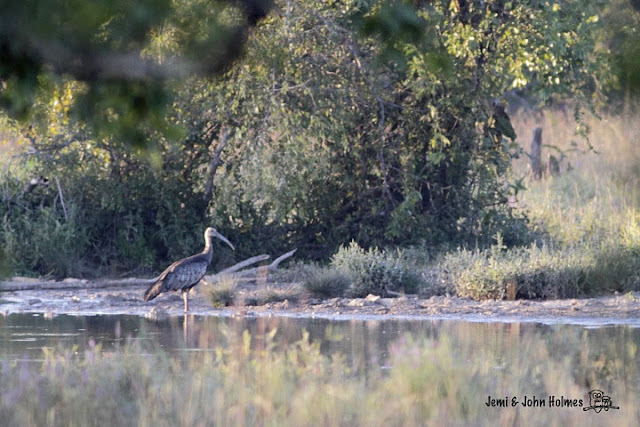 Giant Ibis - Pseudibis gigantea
The Birdlife Cambodia people operate a "Vulture Restaurant" with a hide overlooking it.  All three species of vulture to be seen - White-rumped, Long-billed and Red-headed - have become Critically Endangered due to the use of diclofenac (an anti-inflammatory drug) in cattle, especially in India which used to be the great vulture stronghold. 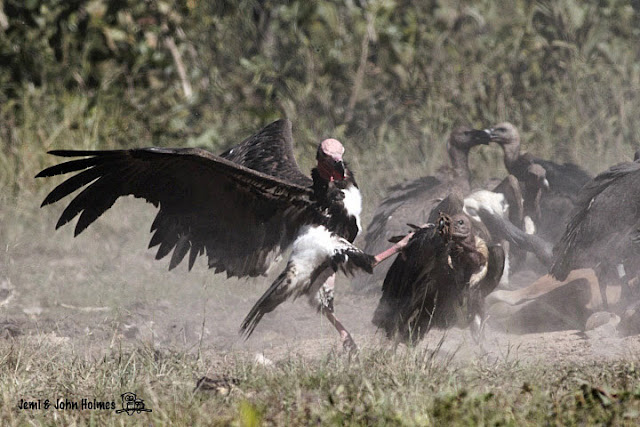 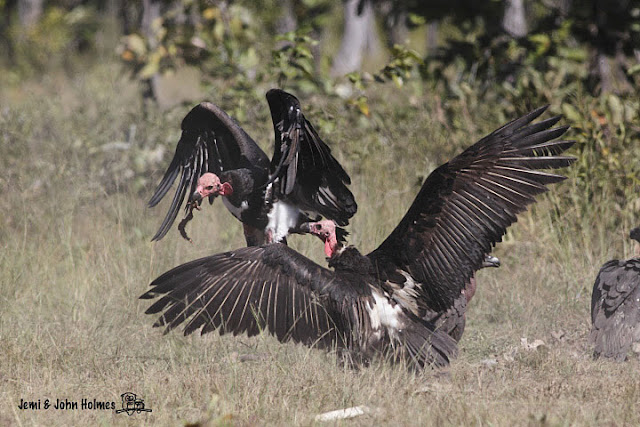 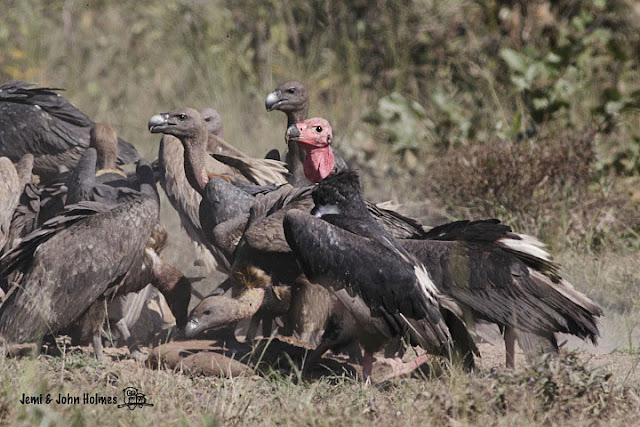 Fine dining at the "Vulture Restaurant" 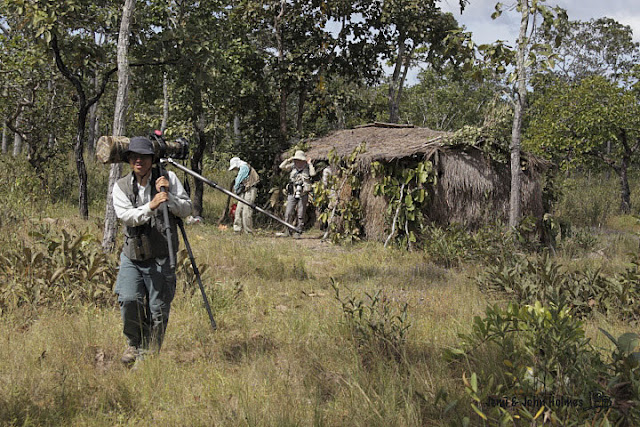 The "Vulture Restaurant" hide
During three full days in the forest near Siem Pang we found a number of other interesting birds, some of which are shown here: 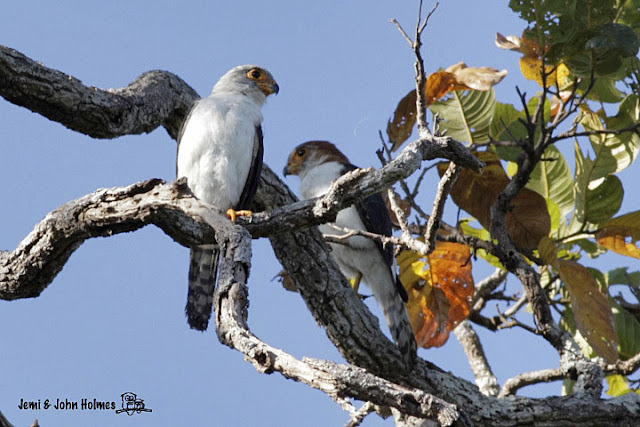 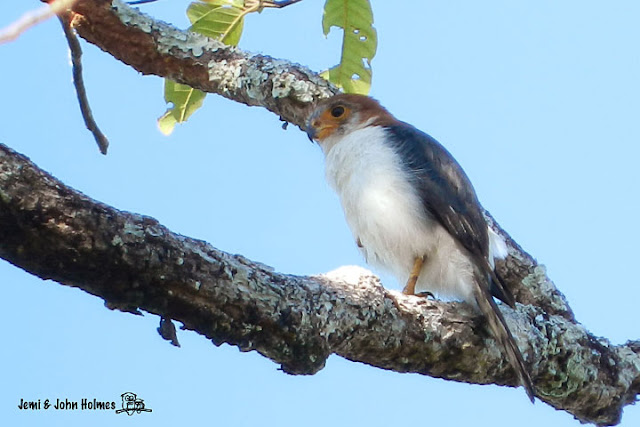 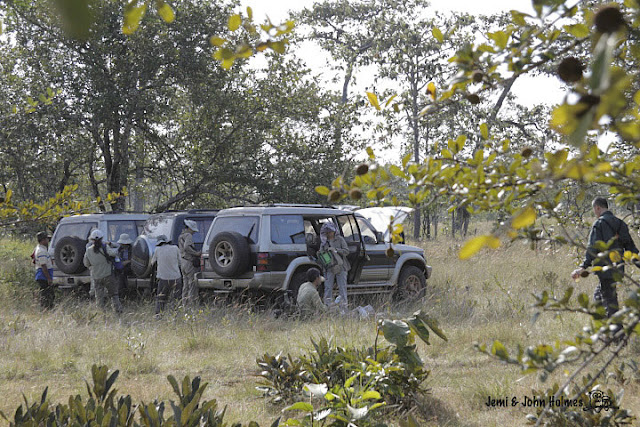 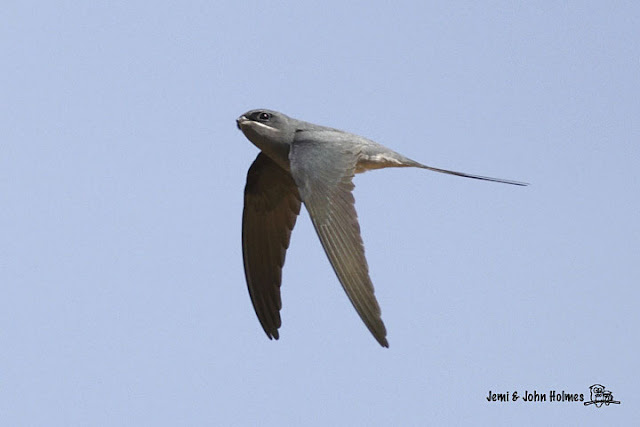 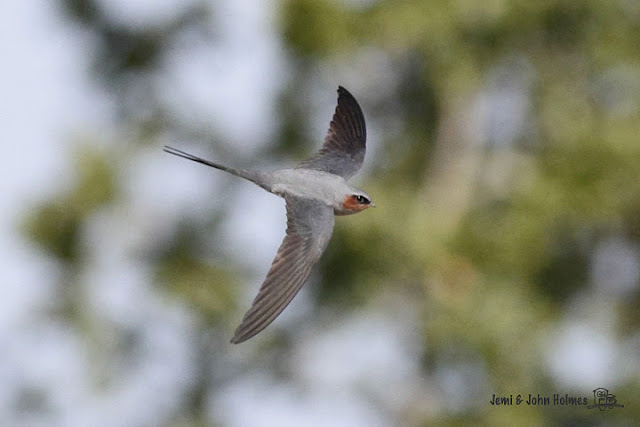 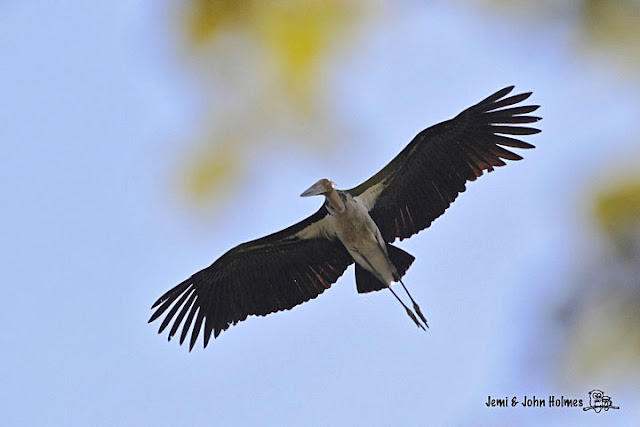 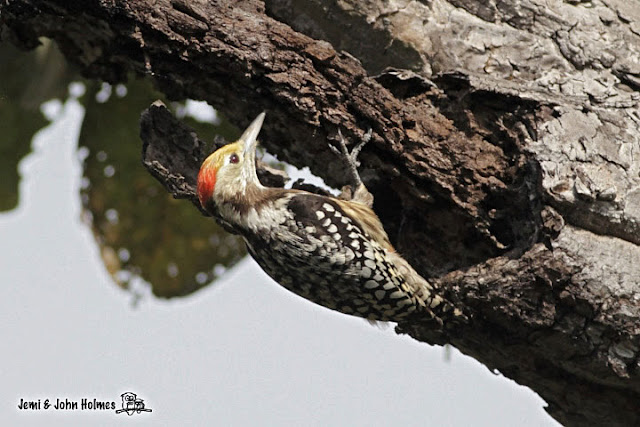 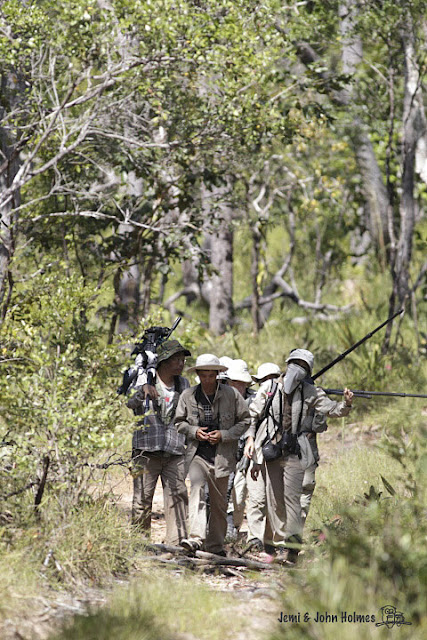 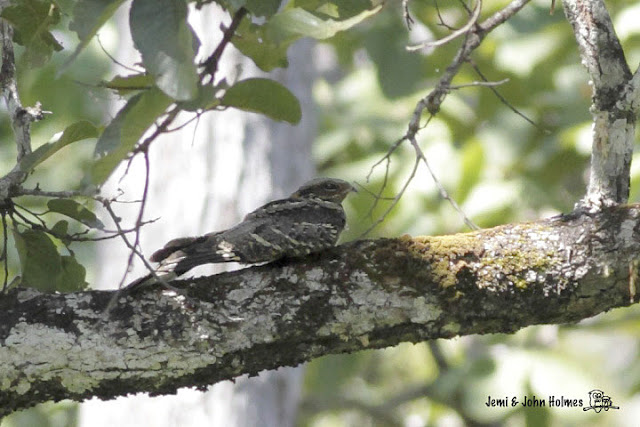 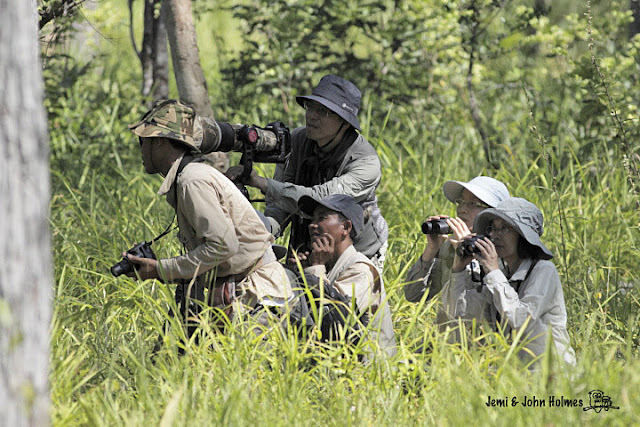 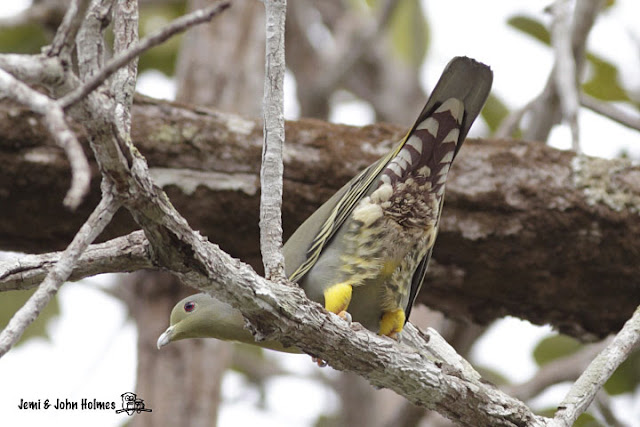 Yellow-footed Green Pigeon - Treron phoenicoptera
On the evening of the third day we went back the "Giant Ibis pool", and even though the sun had set, we had decent views of four Giant Ibises again. (But I couldn't get more than one into a semi-decent shot !) 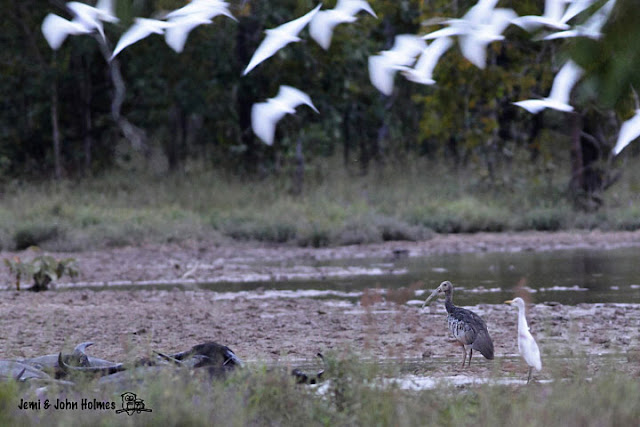 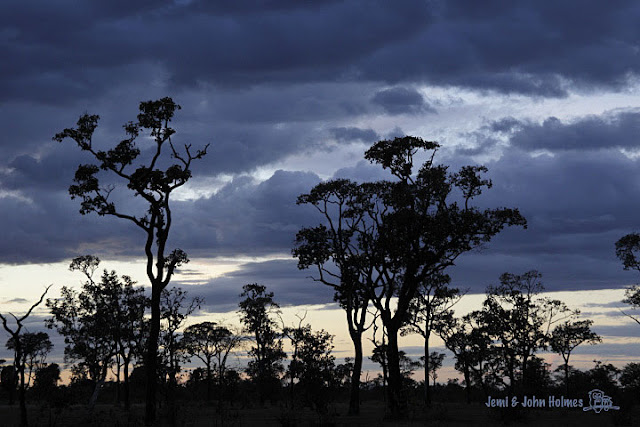 Which pretty much set the seal on our short visit to this very special area, Western Siem Pang Proposed Protected Forest.
Posted by John Holmes at December 17, 2011